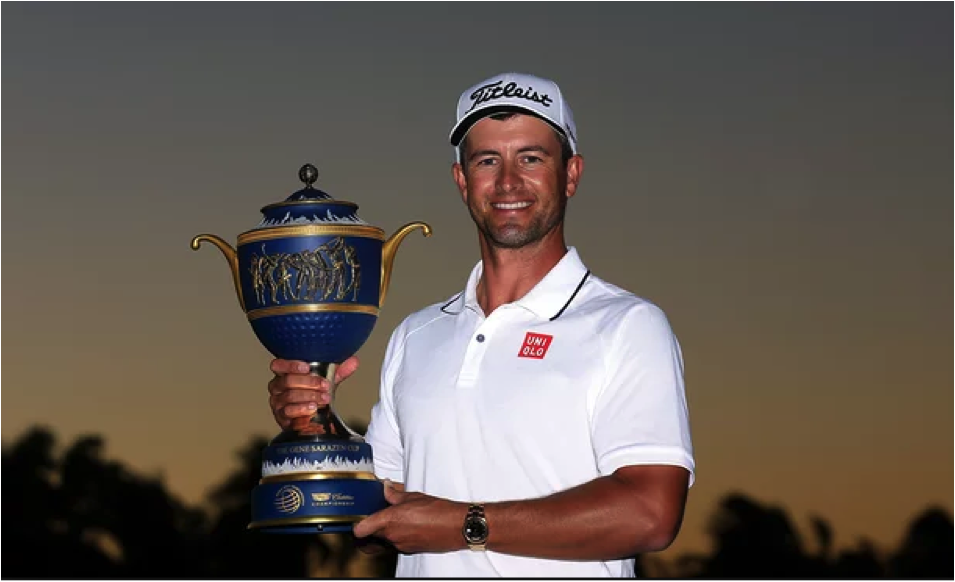 Scott Continues To Dominate, Wins Second In A Row At Doral

Since 2009 only three players, (Tiger, Rory, and Billy Horschel) have won tournaments in back-to-back weeks.  After this past Sunday at Doral, we can add Adam Scott to that list.  Scott capped off his incredible three week run, in which he has finished with a runner-up and two wins, with his victory Sunday at the World Golf Championship – Cadillac Championship at Trump National Doral in Florida.  The all-star field included the likes of the the top five players in the world – Jordan Spieth, Rory McIlroy, Jason Day, Bubba Watson, and Rickie Fowler.

Scott started the day on Sunday three shots back of leader Rory McIlroy, but carded a final round 69, which included seven total birdies and four on the back nine, en route to a one-stroke victory.  Scott did have two double bogeys on the 3rd and 5th, but bounced back with birdies on 6 and 8.  After a par on the par-3 9th hole, Scott rattled off three straight birdies to start the back nine.  Scott carded another birdie at the 14th, and then continued steady until he held a one stroke lead with one hole to play.  Scott’s approach into the 18th green, which has water running the whole length of the left side of the hole, started to move left and into the lake, but it just appeared to be Adam Scott’s day yet again.  Miraculously, his ball stayed dry, and Scott was able to hit one of the best shots of the week, a flop shot from just shy of the water which left him with about a seven-foot putt for par.  Scott went on to drain the putt, and secure his second win in two weeks, and his thirteenth overall win on the PGA Tour. 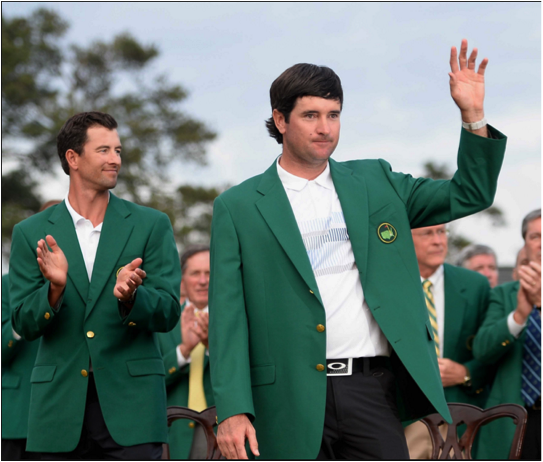 Bubba Watson continues his year of great play as well, finishing at 11-under par in solo second place at Doral.  This is Bubba’s third top-10 finish, and fourth top-15 finish, in five starts this year.  His only start finishing outside of the top 15 since January was a missed cut at the AT&T Pro-Am at Pebble Beach.

But could a second place finish at Doral be better for Bubba than a win?  Most would say, “Absolutely not, how would that make sense?”  History would say otherwise.  The last two times Bubba Watson finished 2nd at Doral were both 2012 and 2014. bbA month following both of those second place finishes, Bubba went on to capture both of his Master’s Victories. 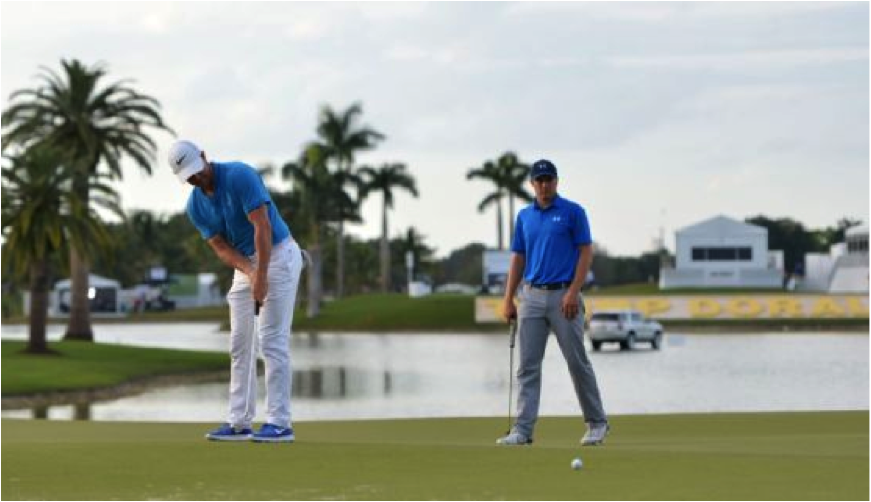 Rory McIlroy held a 3-shot lead heading into Sunday, but was unable to close out a victory after shooting a dismal 2-over 74.  The number two ranked player in the world carded three bogies with only one birdie to finish the tournament, but still good enough to finish in a tie for 3rd place.  After a strong start the first three days, Rory seemed to be in the driver seat heading into Sunday with the tournament being his to lose.  Unfortunately for McIlroy, he did exactly that.  Rory seemed to lose his “mojo” on Sunday afternoon, and could not get anything going, failing to convert his opportunities and unable to gain any momentum.  While a T-3 is Rory’s best finish on Tour this year, we have come to expect more from the Northern Irishman.

Coming into Doral, Rory did make one major change to him game: switching to a cross-grip, left-hand low putting grip.  This change comes following a missed-cut last week at the Honda Classic.  This is the first time Rory will be using this putting grip since 2008, his inaugural season on the PGA Tour.  Coming into the week, McIlroy explained that he had gone back to the grip during putting practice drills, and decided to put the grip into play this weekend.  He had mentioned that regardless of the outcome on Thursday, or at the Cadillac, that he will be sticking with this grip for at least the near future.  Many other Tour players have seen success with this type of grip, most notably world number one, Jordan Spieth.  Rory’s putting has been hot and cold over the last few years, so only time will tell if this is a viable, long-term solution for Rory.