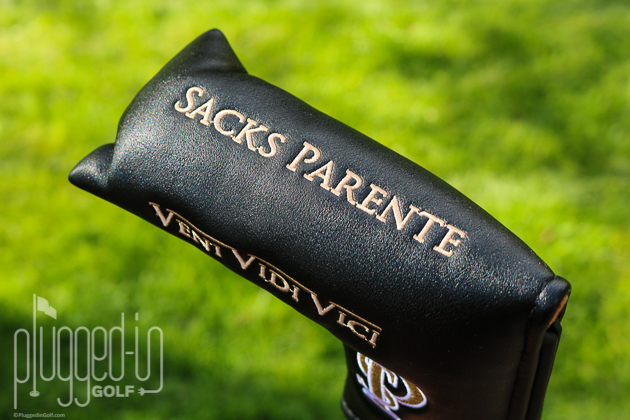 The Sacks Parente Series 39 putter breathes new life into a classic design.  Massively improved forgiveness and a unique approach to weighting make it unlike anything else on the market. 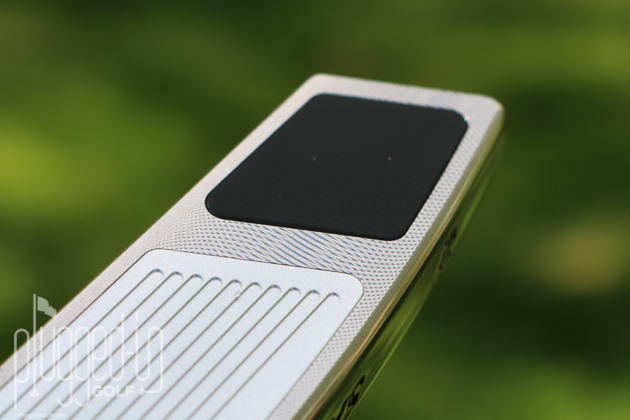 When most people think of technology in putting, they envision huge mallets with wings and weights.  Sacks Parente is a new putter company that’s using technology to make a truly classic design relevant again.  In this review, we dive into their Series 39 putter to find out how this blade performs like a mallet. 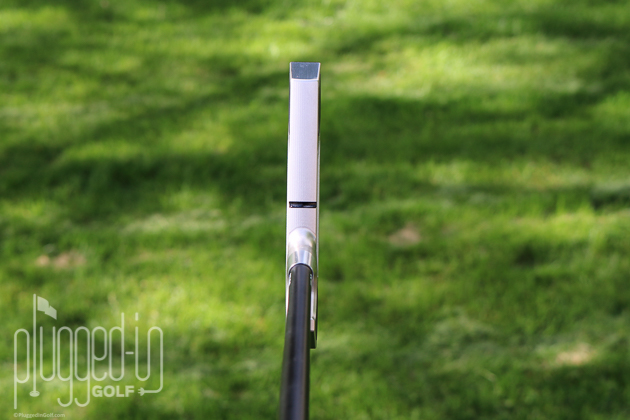 The Series 39 putter is an interesting marriage of classic and modern elements.  The design of the head is totally old school – a true blade.  A closer look reveals high tech touches -a graphite shaft plus tungsten in the heel and toe.

If you want to feel like one of the great players of the past, you’ll love looking down at the Series 39.  The minuscule putter head put a smile on my face simply for being so far from the norm. 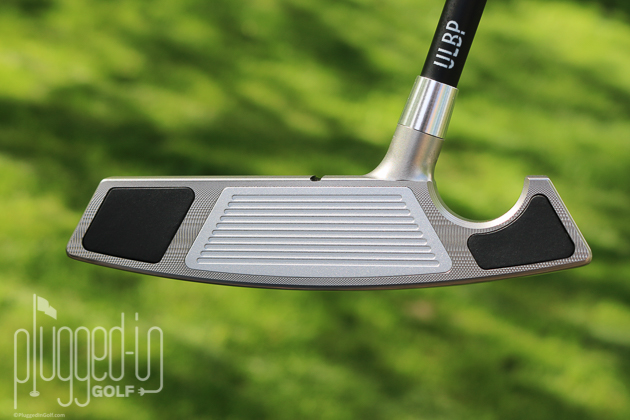 With an unusual combination of design elements and materials, I had no idea what to expect from the Sacks Parente Series 39 in terms of sound or feel.  What I found is that the sound is very dependent on the length of the putt.

From close range, this putter is very quiet.  The sound is fairly high pitched, but the low volume leads to a very soft feel.  On longer putts, impact produces a much louder sound that is still high pitched and staccato.  This louder sound accompanies a firmer feeling.

Due to the high moment of inertia, the Series 39 has surprisingly little feedback on small mishits.  Impact sounds less bright when you move away from the center, but only large misses are felt in the hands. 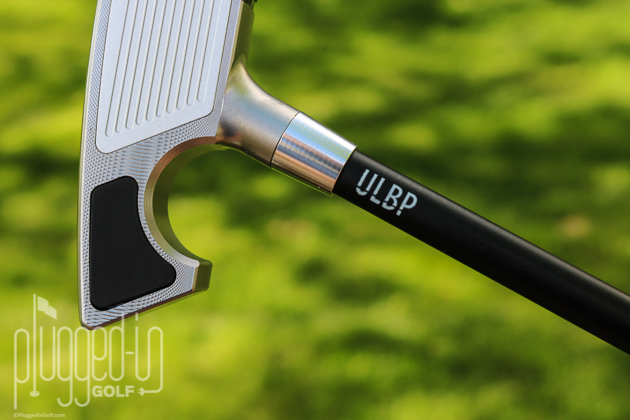 True blade putters went out of style because they didn’t offer much stability on mishits.  The Sacks Parente Series 39 solves this issue with a whopping 126 grams – over 1/3 of the total head weight – of high-density tungsten in the heel and toe.  This puts the forgiveness on par with modern mallets.  That translates to mishit putts staying on line and getting to the cup instead of being short and off line.

The other piece of innovative design in Sacks Parente’s putters is the Ultra Low Balance Point (ULBP).  Each putter is designed to have the balance point five inches or less from the sole.  While this could be achieved with a massive head weight, Sacks Parente has accomplished it with a standard 350-360 gram head.  This is done through the use of a graphite shaft and grips (three shapes available) that weigh less than 35 grams.

In my interview with Steve Sacks (listen HERE), he said that traditional measures of swing weight don’t apply to the ULBP design.  I was skeptical at first, but now I’m inclined to agree.  The Series 39 feels unlike anything I’ve putted with before despite being only 5 swing weight points heavier than my gamer.

Sacks Parente claims that this design “creates a natural putter release to help the golfer square the head at impact.”  I’m uncertain.  I had a lot of success in my testing, but I don’t know if this unorthodox weighting will benefit everyone.  A safer – though less exciting – claim is that ULBP offers an alternative for players who aren’t having success with conventional or counter weighted putters.

Finally, the Series 39 is designed to be used right or left handed.  Whether you use the opposite side to brush in two-footers or as a way out of a putting slump, it’s a nice feature to have. 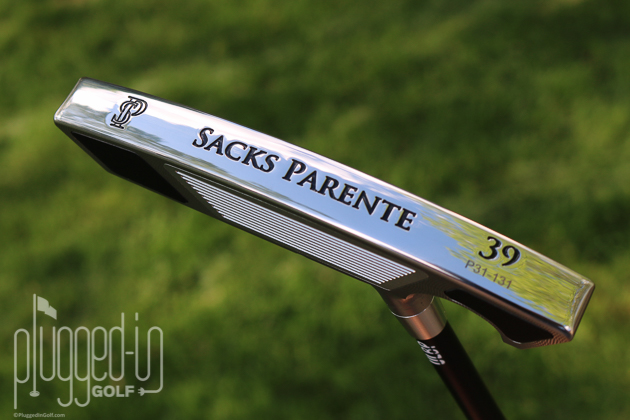 In an arena where most companies are content to copy one another, Sacks Parente is bringing legitimately new ideas.  Their Series 39 putter revives a classic design with modern technology, and the ULBP makes it feel unlike anything else.  If you need to a fresh start on the greens, you’ll find it in the Sacks Parente Series 39.