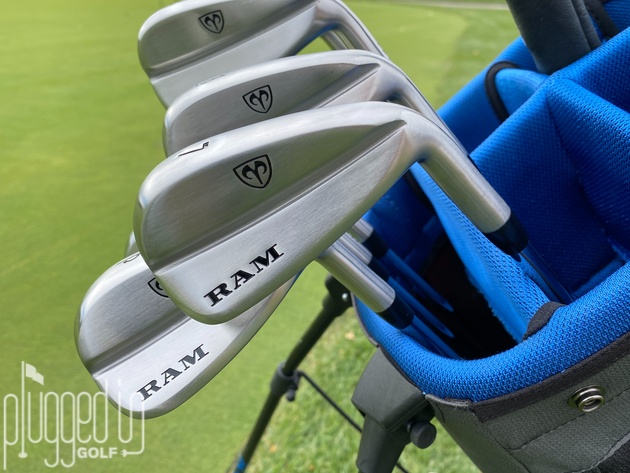 The Ram Golf FX77 irons are one of the best values in golf right now.  Performance that compares to almost any of the big OEMs at a fraction of the price.  Long and forgiving with appropriate amounts of spin. 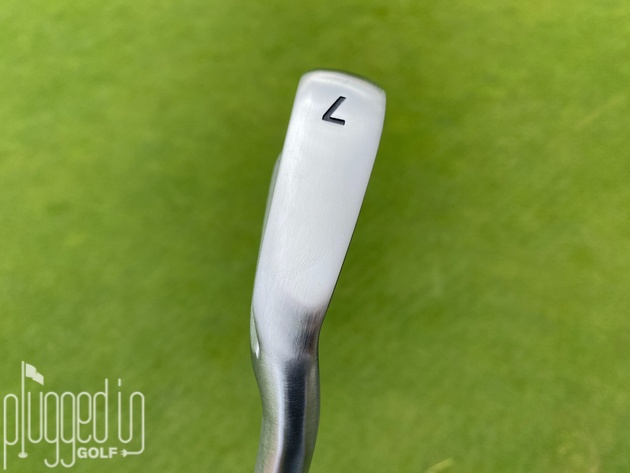 A few weeks ago, I got an email telling me that Ram Golf was making a comeback as a direct to consumer brand.  I wasn’t expecting to find a $400 iron set that could go head-to-head with sets costing three and four times as much, but that’s exactly what came in the mail.  This new Ram isn’t just trading on their history; they’re bringing the performance at an unbeatable price. 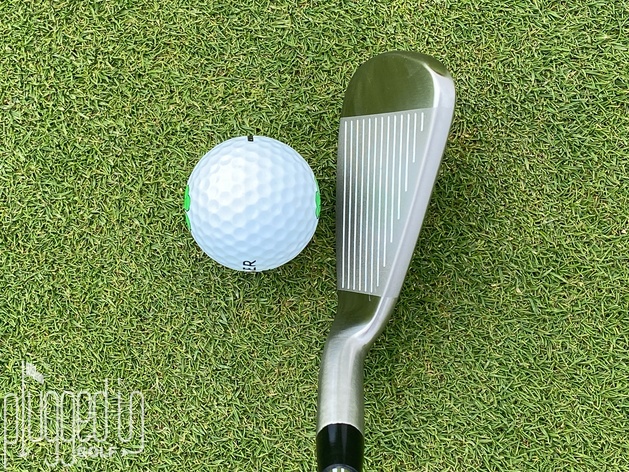 In the bag, the Ram Golf FX77 irons have the faux-muscleback look that has become common in modern irons.  I applaud Ram for taking this large canvas and keeping it mostly clean.  There’s a small logo in the middle of the head and “RAM” at the bottom of the toe.  Both are filled with black paint to cement the traditional appearance.  This set looks excellent in the bag. 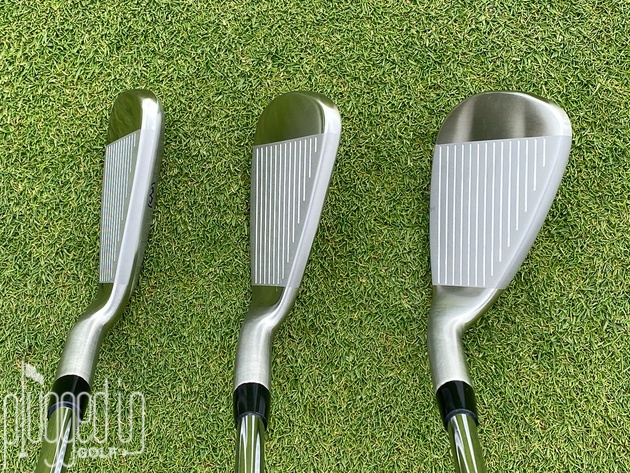 At address, the FX77 irons have all the hallmarks of a game improvement set.  The top line looks thinner than it is, using beveling and two finishes to effectively hide its size.  Heel-to-toe, the FX77 is sizable, providing players with a comforting look.  In my opinion, the one thing that’s overdone is the offset.  It is progressive throughout the set, but every iron has more than I’d like to see, even for a GI set.

Shown in these pictures is the stainless steel finish.  Ram Golf also offers the FX77 in a black finish for $50 more. 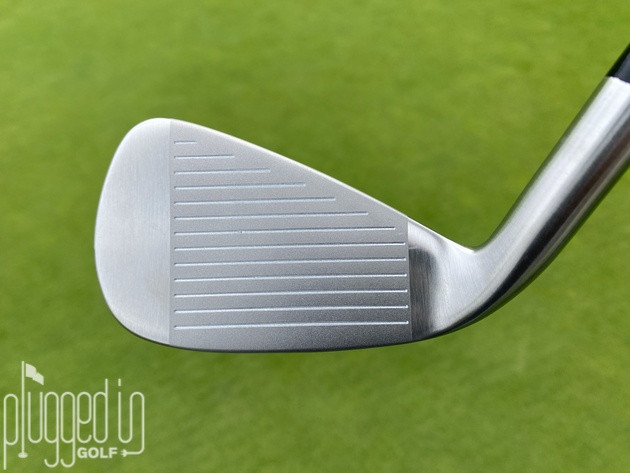 With larger, hollow body irons, I usually expect a louder impact sound.  I was pleased to find that the Ram Golf FX77 irons produce a quieter, low pitched sound.  Most strikes are in my “thud” category, but perfect strikes are a little more lively.

This dialed-down sound pairs with a feel that’s fairly firm.  Good strikes are softer, and bad mishits can be hard on the hands.  While those impacts aren’t pleasant, they do provide strong feedback on strike quality. 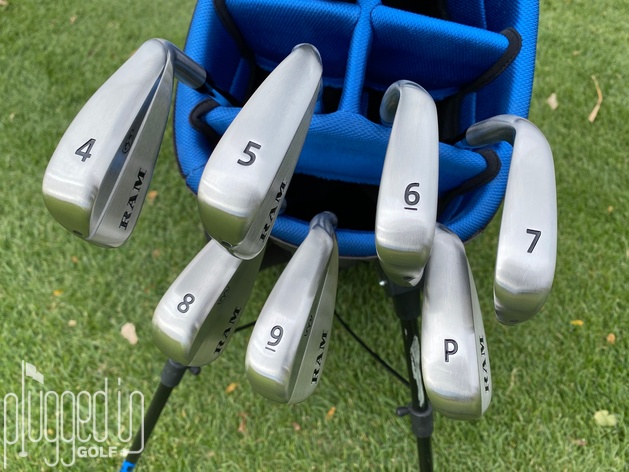 I started my testing of the Ram Golf FX77 irons with the pitching wedge.  Right away, I saw strong ball speed and very impressive consistency.  As I continued hitting shots, I also noted the balanced launch and spin – not too high, not too low.  They had my attention, and I wanted to see more. 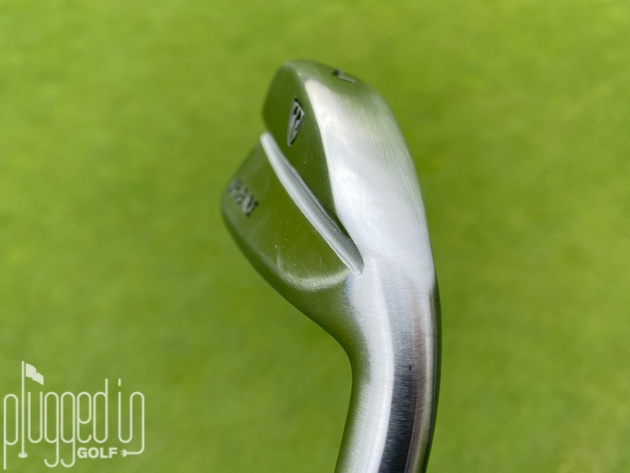 By the time I got to the 7I, I was starting to realize just how special the FX77 irons are.  On ball speed, these irons can go toe-to-toe with the best offerings from the biggest names.  Moreover, they maintained that balanced launch and spin.  These irons produce excellent distance but can also hold a green.

As I finished the testing with the 4I, what stood out was the consistent distance gapping throughout the set.  From the PW to the 7I, there are steady 12 yards gaps.  That shrunk slightly in the 7I to 4I to about 10 yards, but that’s still a very meaningful difference between clubs.  The long irons are not extremely high launching, but they are consistent with their launch and very tolerant of mishits. 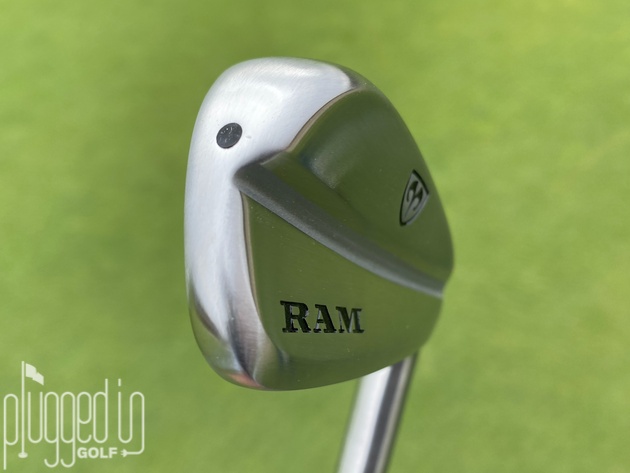 The only weakness of the FX77 irons – which is true of most direct to consumer clubs – is that there aren’t many options.  Your shaft choices are the KBS Tour 90 in steel or the UST Recoil in graphite.  Customizing loft, lie, or grip size is not on the menu.  All that said, for $400, it’s still a tremendous value.  You can have a local club builder dial them in for you and still be significantly money ahead. 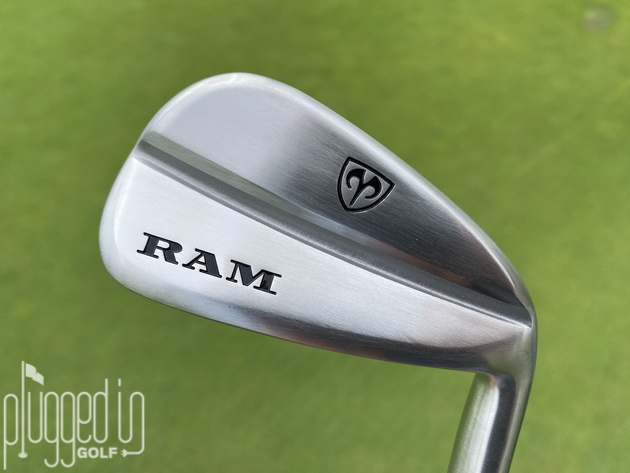 With most of the big names charging well over $1,000 for an iron set, the Ram Golf FX77 irons are a breath of fresh air.  These irons cost just $400 and sacrifice nothing when it comes to performance.  Ram Golf offers these with a 30-day money back guarantee, so there’s no risk in trying this new/old name. 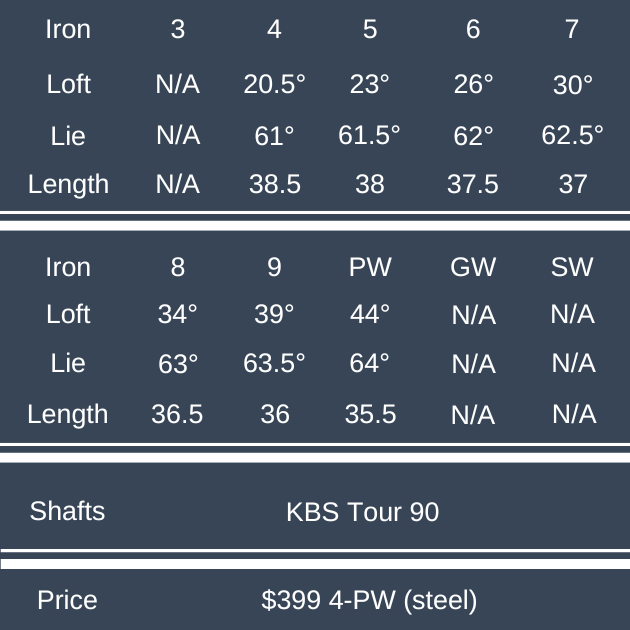