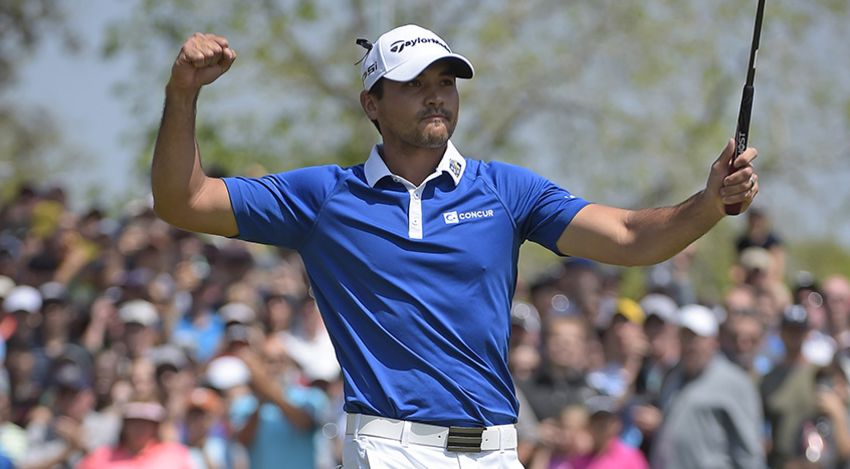 Jason Day handily defeated Louis Oosthuizen 5 & 4 in the finals of the WGC Dell Match Play on Sunday afternoon, capturing his second Tour victory in a row, and his 6th win in his last 13 starts.  Day put on a show for fans at the first-time host of the newly named Dell Match Play (Formerly the Cadillac Match Play) at Austin Country Club in Austin, TX.

Despite sustaining a back injury in his opening group play match versus Graeme McDowell on Wednesday, Day continued to show his complete dominance, as of late, over the golfing world.  Day finished his matchup against McDowell with a 3 & 2 victory, but was unsure if he would even play his Thursday match with Thailand’s Thongchai Jaidee.  Even with a withdrawal, which would have just given Day a mark in the loss column, he still could advance to the knockout stages.  Day did to not leave it to chance, however, and decided to give it a go on Thursday.  His opening drive of over 375-yards gave off the impression that the injury would not slow Day down, and based on his total performance, it didn’t.  Day was seen stretching his back periodically throughout the round, but still cruised to a 5 & 3 victory over Jaidee.  In round three, the last round of the group stage, Day faced off against Paul Casey who withdrew from the match after dealing with a stomach virus all week long.  Day finished the group stage as the clear winner, finishing with a (3-0-0) record, and advanced to the Round of 16 on Saturday.

The Round of 16 brought about a few upsets, the most notable being the loss by World #1 Jordan Spieth to eventual runner up, Louis Oosthuizen.  Day’s Round of 16 matchup came against world #17, and 15th tournament seeded, Brandt Snedeker.  Day took the lead 1-up on the first hole, and never looked back.  Snedeker was never able to bring the match back to All-Square, let alone capture a lead.  Day closed out the match with an eagle on 16 to win 3 & 2.  Day’s dominance continued in his Quarterfinal match against 18th seeded Brooks Koepka.  Day and Koepka finished the front 9 All-Square, but yet again, Day took the lead on hole 10 and never looked back.  Koepka made a bogey on the par-4 15th which took the match to dormie with Day holding a 3 Up lead with 3 to play.  Both players carded pars on the par-5 16th, with Day closing out the match 3 & 2.

The Semi-Final matchup between Jason Day and Rory McIlroy was probably the match that was most highly anticipated by golf fans (besides a Day-Spieth final, which was no longer an option).  The number 2 and number 3 ranked players put on a show, battling back and forth for the entire 18 holes.  Rory finished the front side with a 1 Up lead, but it was all Day for the rest of the round.  Jason birdied the par-4 10th to bring the match back to even, then poured on back-to-back birdies on 12 and 13 that McIlroy could not match, giving Jason a 2-up lead.  McIlroy made a birdie at 14 to decrease Day’s lead to 1, but could not best Day the rest of the afternoon.  After both missing the fairway and the green on 18, Day needed to get up and down from about 35 feet in order to close out the match.  After a mediocre pitch, Day drained a 12-foot putt, ending the match 1-up, and advancing to the Final.  In the other semi-final, Louis Oosthuizen defeated Spain’s Rafa Cabrera Bello 4 & 3.

In the championship match, Day turned in yet another stellar round.  He went down early after a bogey on the first hole, but a concession on 3 by Oosthuizen and a birdie on 4 gave Day a lead he never relinquished.  By the end of the first 9, he had built a 3-up buffer, and maintained his consistency on the back 9.  Day finished off Ooshthuizen with back-to-back birdies on 13 and 14, giving Day the victory 5 & 4.  Cabrera Bellow was victorious over a faltering Rory McIlroy in the third place match, 3 & 2.  This is Jason Day’s 9th Career Tour victory, and he will look to continue this momentum into the Masters in two weeks, where he will try to capture his second Major Championship. 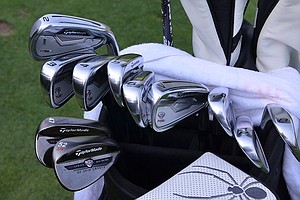 With his victory at the Dell Match Play, Jason Day has yet again gained the number 1 spot in the World Golf Rankings, surpassing Jordan Spieth.  While there were no other moves in the top 10 this week, Louis Oosthuizen jumped 7 spots from 18 to 11 with his runner up finish, and Brooks Koepka jumped 2 from 18 to 20.  The largest jump of the week inside of the top 50 with 3rd place finished Rafael Cabrera Bello, who catapulted 18 spots, moving from outside the top 50 at #54, up to #36. 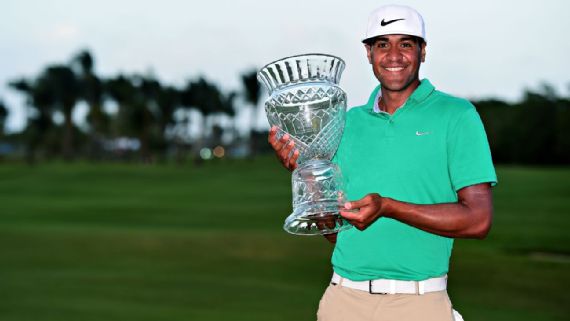 After a dismal start to the season, where he has missed the cut in five of his last seven starts, Tony Finau has finally entered the winner’s circle on Tour.  Finau Carded a 2-under par 70 in the final round on Sunday at the Coco Beach Golf and Country Club in Rio Grande, Puerto Rico, to force a playoff with fellow American, Steve Marino.  Finau missed a six foot birdie putt on 18 in regulation, but was able to tap in for par and stayed tied for the lead at 12-under.  The playoff was a replay of the 18th hole, in which Finau and Marino both birdied the first two playoff chances.  The third time was the charm for Finau, as he carded yet another birdie that Marino was unable to match, sealing the first win on Tour for Tony Finau.

Englishman Ian Poulter was the leader after 54 holes, but was unable to sustain that lead into Sunday shooting an even-par 72 for the final round.  Poulter was one of the bigger names in the field, and was looking for his first Tour victory since 2012.  Poulter will tee off at the Masters in two weeks, the only Major Championship event that he has an automatic bid for this year.

Tony Finau has had some great performances, especially a couple of top-15 finishes at the US Open and PGA Championships.  Finau now has seven top-10 finishes in his short PGA Tour career, and can now add a victory to his resume.  Look for the long-hitting Finau to make some waves on Tour the rest of the year, and I’m sure this will not be the last victory for Tony.  Unfortunately for Finau, the win does not get him an automatic entry into the Masters in two weeks. 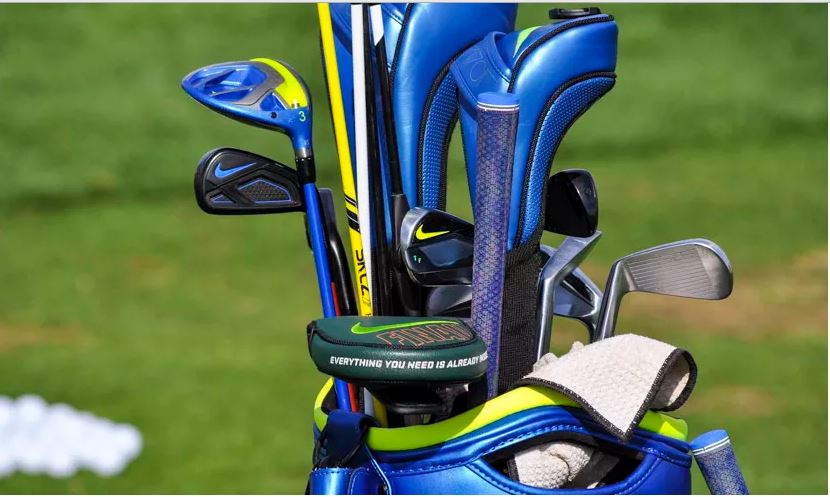