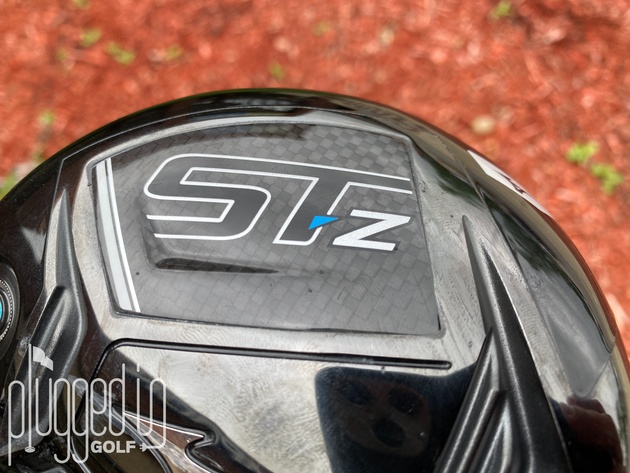 The Mizuno ST-Z driver has incredibly solid feel.  Strong performer across the board. 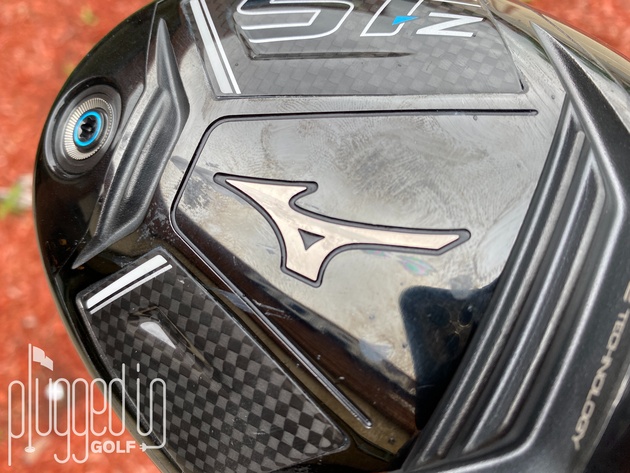 Mizuno has one of the best reputations in golf when it comes to irons.  In the woods category, it’s been hit-and-miss.  The ST190 [review HERE] made waves for them, but I felt the ST200 [review HERE] missed the mark.  I tested the new ST-Z to see if it could get the company back on the right track. 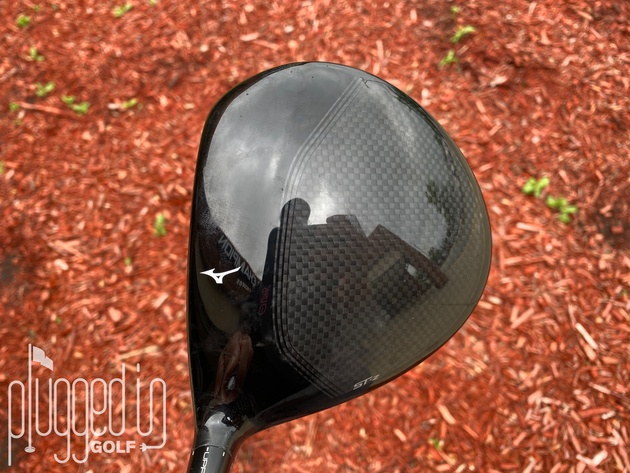 The Mizuno ST-Z driver goes for a slightly busier look at address than its predecessor.  While both have a gloss black crown with visible carbon fiber, the ST-Z has a stark transition between the two where the ST200 had a gradual fade.  Also, the ST-Z has a TaylorMade-esque shape to the black section near the ball.  In terms of shape and size, the ST-Z is middle of the road.  The head is round, not overly stretched from front to back.

Flipping over the ST-Z, you’ll find a sole that’s almost entirely black.  There are two swaths of carbon fiber toward the heel and toe alongside Mizuno’s signature WAVE Technology.  A large running bird logo in the center of the sole is visually dominant. 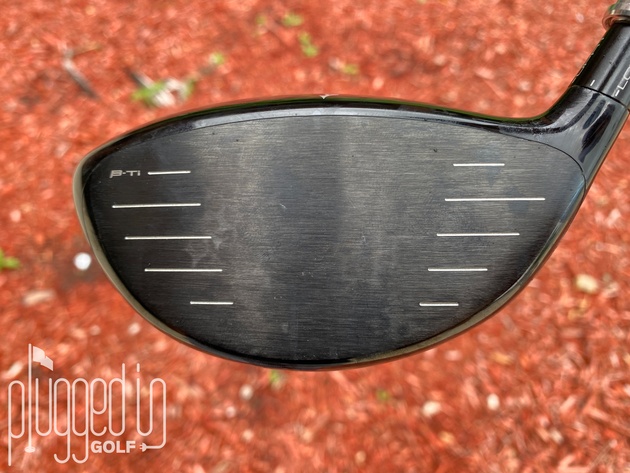 Gearheads know Mizuno’s tagline is, “Nothing feels like a Mizuno,” and they push that even with their woods.  One of their three bullet points about the ST-Z driver is about how the club feels.  Per Mizuno, it has “more dense feedback” which is actually a pretty good description.  This is one of the most solid feeling drivers I’ve hit.  If you want that fast, explosive feeling, look elsewhere.  The ST-Z feels closer to a forged iron than most modern woods.

The sound of impact complements the feel – medium in pitch and fairly quiet.  Misses are easily differentiated from pure strikes in both feel and sound, but mishits aren’t harsh or unpleasant. 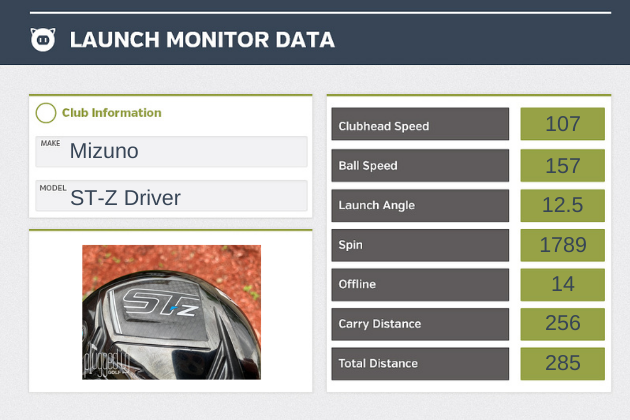 In testing the ST200, I found the issue to be a lack of high end ball speed.  Mizuno claims that the new ST-Z uses a 2nd generation Forged SAT2041 Beta Ti face for “potent ball speed,” and I found that it does create more speed than its predecessor.  Centered strikes with the ST-Z created the ideal 1.5 smash factor on Trackman.  Mishits were also quite solid with smash factory dipping below the mid 1.4s only on truly ugly strikes. 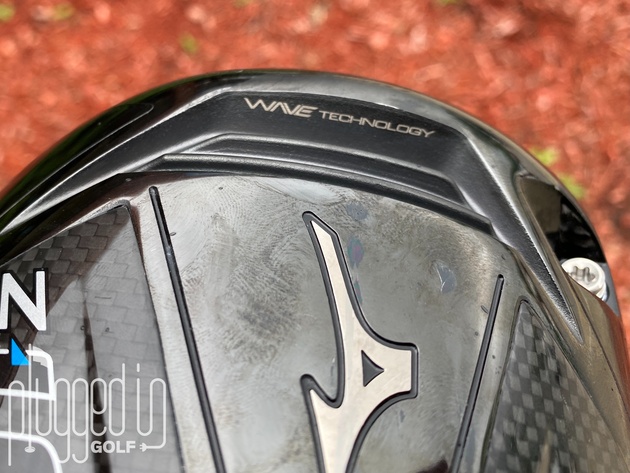 When it comes to launch and spin, the ST-Z is toward the middle of the bell curve compared to most current drivers.  If anything, the spin tends to be slightly low, so this might be a good fit for higher spin players.  The one thing that did stand out is that the launch angle can get very low with “thin” strikes.  Where many drivers will elevate a shot from low on the face, the ST-Z prefers to send out a knee-high screamer as a reminder to tee the ball higher.

The Mizuno ST-Z driver comes in just two lofts – 9.5 and 10.5 – but it is adjustable at the hosel.  Loft can be turned up or down 2.25 degrees.  Keep in mind that adjusting the loft that much will also change the face angle significantly. 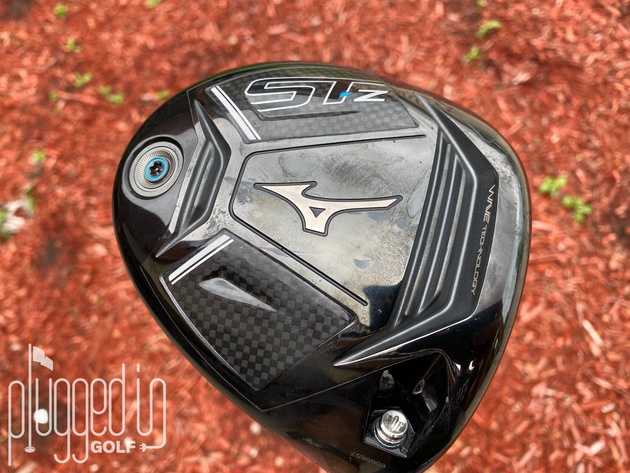 The Mizuno ST-Z driver places the company back on the right track in terms of their drivers.  This is a forgiving club that can be a good fit for a wide range of players when paired with the right shaft.  Nothing about the performance stands head and shoulders above its competitors, but I can certainly imagine some players, particularly the Mizuno faithful, falling in love with the feel. 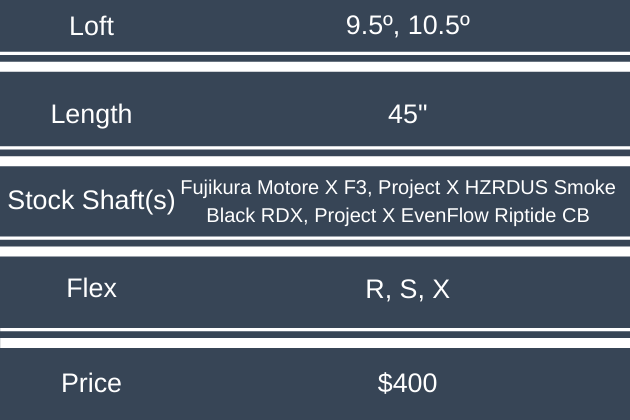