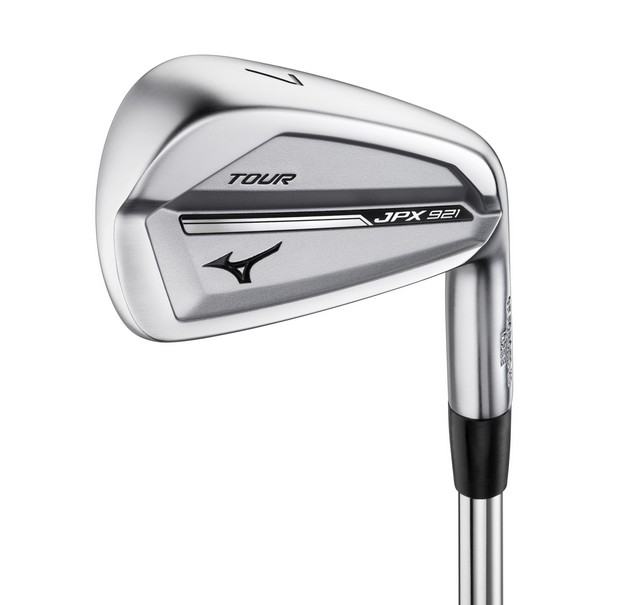 Mizuno, the Japanese equipment manufacturer long renowned for its expertise in the manufacture of irons, has unveiled its new JPX921 Series of irons engineered with one intention – to improve on-course performance for golfers. The series features the use of Chromoly in a full body forged iron for the very first time.

ATLANTA – (August 10, 2020) – Mizuno, founded in Osaka, Japan, in 1906, has long held an enviable industry and tour-wide reputation for crafting the very finest irons in the game, offering golfers the ultimate blend of looks, feel and workability.

The JPX Series irons led a resurgence for Mizuno, starting with the JPX900 Tour and more recently the JPX919 Tour, residing in the bag of the back-to-back 2017/2018 US Open and 2018/2019 PGA champion. Now Mizuno has unveiled the next evolution of JPX – the JPX921 Series, a highly engineered family of irons that has been developed alongside Mizuno’s comprehensive custom-fitting program to deliver exceptional performance and help all golfers get the very most from their games.

The new family comprises JPX921 Forged, integrating the power of Chromoly into a full body forged iron for the very first time, JPX921 Tour, JPX921 Hot Metal and Hot Metal Pro, with each model engineered to help enhance performance for particular swing types. The JPX921 Forged offers the fastest ball speeds Mizuno has ever produced from a fully forged iron; JPX921 Tour blends precision with enhanced stability from off-center strikes; the JPX921 Hot Metal and Hot Metal Pro represent the 3rd generation of Mizuno irons to be crafted from high-strength Chromoly 4140M. Despite design differences, all members of the JPX921 family of irons are unmistakably Mizuno in profile and sensation through impact.

“Applying the potential of Chromoly means that the JPX921 irons hold their own in any simulator test – without having to crank #7 iron lofts at all cost. Look, feel, launch, spin and landing angles have to be right through the set. Ultimately what sets Mizuno irons apart,” says David Llewellyn Director of R&D for Mizuno. 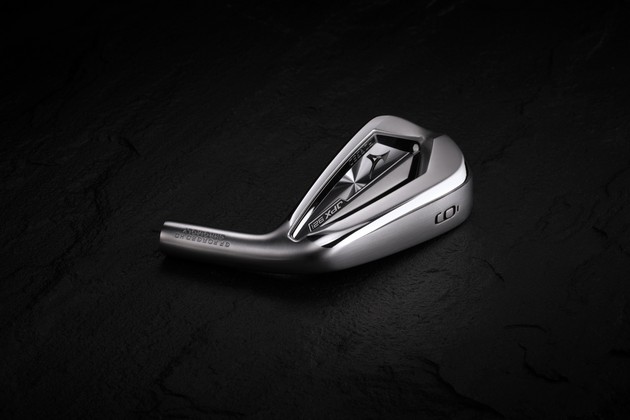 The JPX921 Forged iron integrates the power of Chromoly into a full body forged iron for the very first time. Initially applied in Mizuno’s Hot Metal irons – Chromoly has made the cross over to Mizuno’s forgings with staggering results. Testing shows the fastest ball speeds Mizuno has ever produced from a fully forged iron.

Grain Flow Forged HD in Mizuno’s legendary facility in Hiroshima Japan, the JPX921 Forged irons offer an identifiable and unsurpassed Mizuno feel. The integration of Chromoly 4120 allows for a clubface up to 0.5mm thinner which delivers the fastest ball speeds Mizuno has ever produced from a full body Forged iron.

Despite this, the JPX921 Forged irons offer a sleeker, compact profile – a shorter blade length throughout, a beveled training edge and reduced offset. The feel is that of a traditional forged iron as the JPX921 Forged gets noticeably sleeker through the set.

The most chosen Mizuno model on the Tour among non-contracted professionals – the JPX900 Tour and JPX919 Tour were both played to win Major Championships. The stunning new JPX921 Tour maintains its predecessor’s surprising fusion of precision with stability from off-center strikes. Now even thicker behind impact for an enhanced, softer feel with tour refined short irons for smoother turf interaction.

The shorter irons feature a narrower sole for improved turf interaction while a thicker cavity pad throughout the set, evolving from Mizuno’s study of vibration patterns, produces a harmonic impact that can be felt for a fraction longer.

With a pearl brush, anti-glare finish to minimize distractions over the ball, the JPX921 Tour offers the sharper, stripped-back functional look that the modern player appreciates.

The first left-handed Mizuno JPX Tour irons since it’s conception in 2016. Built into a combination set with JPX921 Forged long irons (#3 and #4) and JPX921 Tour mid and short irons (#6-GW) for the perfectly balanced set up. Lofts have been pre-adjusted for perfect distance gapping between the models. 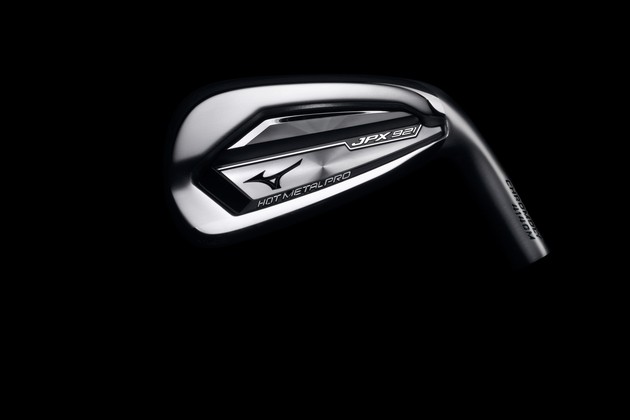 The JPX921 features Mizuno’s most complex face geometry to date, to produce additional energy from the clubface; the Hot Metal Pro version offering a more compact profile with reduced offset.

The use of Chromoly 4140M and a re-engineered CORTECH face, now 0.2mm thinner across the center point, creates exceptional ball speeds. These are further enhanced by the Seamless Cup Face featuring a variable thickness sole design that allows the leading edge to act as a hinge, generating greater flex.

“The introduction of Chromoly was the breakthrough Mizuno needed to take a step up in ball speed. We learn more about the potential of Chromoly with each generation and push it further each time,” says David Llewellyn.

All JPX921 irons will be available through the Mizuno Custom Program, which offers one of the widest selections of no upcharge shafts and grips in the industry. It provides a comprehensive range of custom fitting options from state-of-the-art Mizuno Performance Centers across the United States as well as our expansive network of Mizuno Fitters that use the Mizuno Shaft Optimizer and high-tech Swing DNA software to pinpoint each customer’s best-performing specifications.

Mizuno has strived to “create the best products for consumers” for 114 years, and the entire JPX921 iron family adheres firmly to that original spirit and desire, while offering the best performance benefits that modern technology can bring. 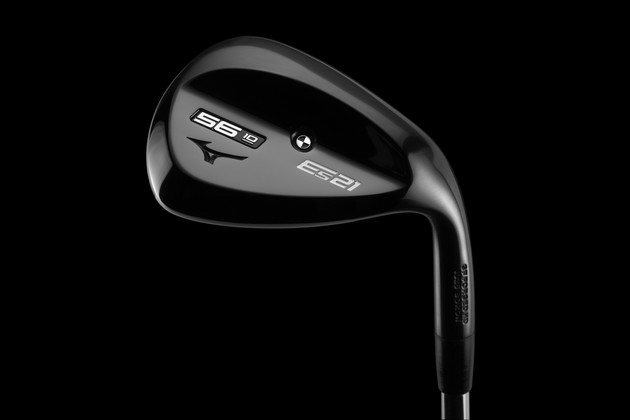 ATLANTA – (August 10, 2020) – Mizuno, founded in Osaka, Japan, in 1906, has long held an enviable industry and tour-wide reputation for crafting the very finest wedges in the game, offering golfers the ultimate blend of looks, feel, control and consistency around the green and on shorter approach shots.

For 2020, Mizuno has unveiled the ES21 range of wedges, engineered to help players generate the consistent spin rates needed for a more effective short game.  Traditional wedges have a sweet spot that is slightly to the heel side, making it hard for many players to find consistency. But the ES21 wedges feature a higher, more central sweet spot which, combined with a super stable design, delivers a squarer strike and greater levels of more controllable spin.

A multi-piece stainless steel construction features a hollow body for a higher and deeper center-of-gravity, while the high toe and low heel keep the wedges extremely stable when the face is opened.

The ES21 wedges are available with either a standard or wide sole option, each model featuring a surprisingly narrow top line to give the confidence-inspiring look of a players’ wedge at address.

Perfected for over 50 years at one factory in Hiroshima, Japan, Mizuno’s forging expertise is revered for its consistency of manufacture, distance control and incredible feedback. This reputation may be most commonly associated with Mizuno irons but the precision and feel of Mizuno’s Grain Flow Forged HD process offers scope for even more payback in the wedges where touch and feel are most critical. 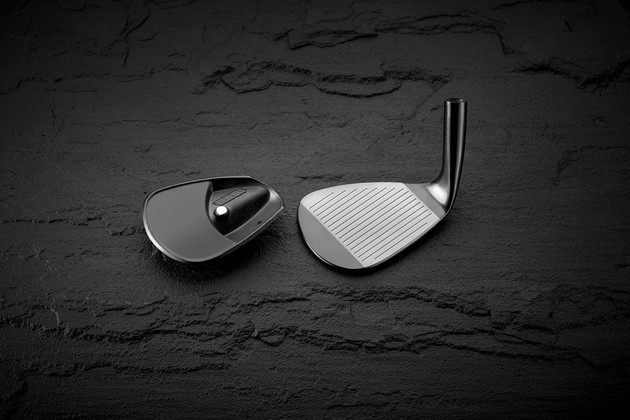 “We’ve taken a very Mizuno type approach to the ES21 by keeping the top line very sleek – despite the technology inside. Our testing showed that there’s a lot of good golfers out there who will be surprised at the gains they could make by having more predictable spin numbers,” said Mizuno’s Director of R&D David Llewellyn.

Mizuno has strived to “create the best products for consumers” for 114 years, and the new ES21 wedge adheres firmly to that original spirit and desire, while offering the best performance benefits that modern technology can bring.