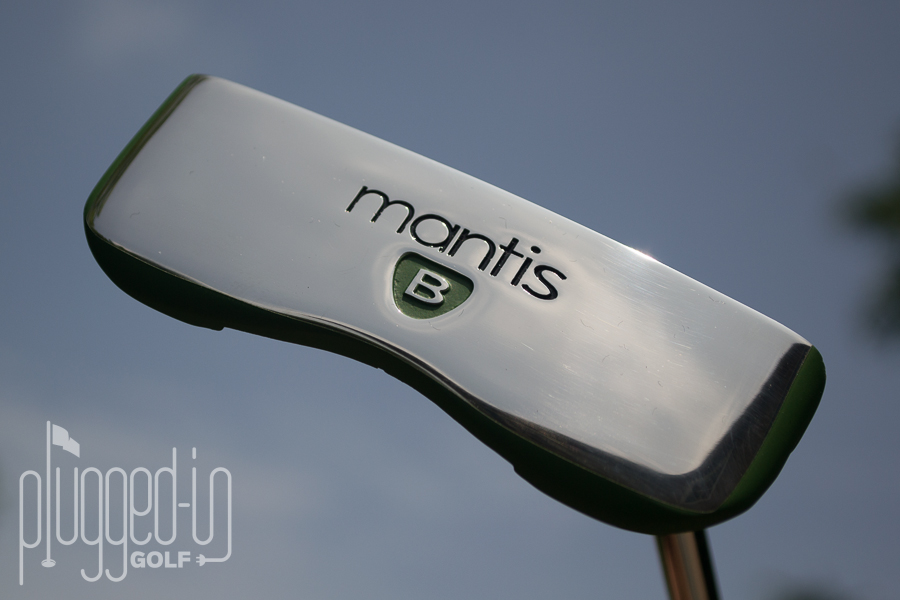 The Mantis B Blade putter is a traditionally-shaped putter with a unique green color designed to help you focus on the ball.

Spend any amount of time on a putting green and you’ll hear golfers beating themselves up for “taking their eye off the ball.”  Though we know we shouldn’t, many of us watch the putter instead of the golf ball.  Mantis Golf has a unique solution to this problem: make the putter blend in with the grass.  Their original putter was a mallet, and now they’ve set their sights on traditionalists with the Mantis B Blade putter. 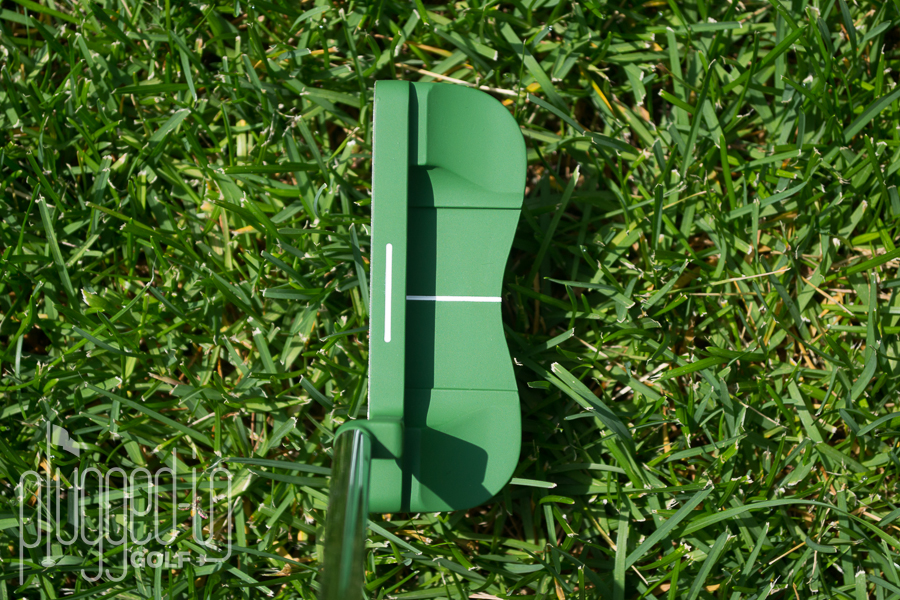 Of course the most noteworthy thing about the look of the Mantis B Blade putter is the color.  The matte green stands out on the shelf and in your bag, but it does a pretty good job of blending in on the green.  Obviously not every putting green is the same color, so the Mantis won’t match each surface perfectly, but it is certainly easier to “ignore” than your average silver or black putter.

The shape of the Mantis B is inspired by the PING B60, and it’s a nice version of that B-backed design.  It has a little more size to it than an Anser-style putter, but not so much that traditionalists won’t like it.

The one part of the Mantis’s visual package that I find curious is the white sight line and top line.  The contrast between the white and green helps with alignment, but it does detract slightly from the putter’s “camouflage.” 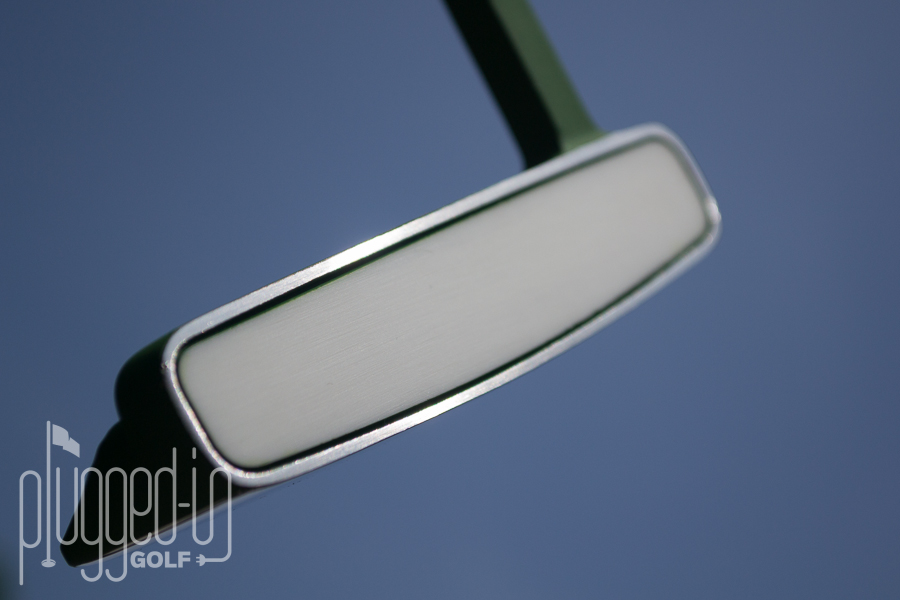 With its polyurethane insert, you might expect the Mantis B Blade putter to have a really soft, mushy feel, but you’d be quite wrong.  The feel is surprisingly firm, and the impact sound is a nice solid “thock.”

A couple of things stood out to me as I put the Mantis B through its paces on the green.  First, the sound and feel are extremely consistent across the face.  I view this as neither positive or negative, just a personal preference.  On one hand, it takes away a form of feedback, but the other hand, it helps boost confidence.  The other thing that stood out to me was the stability on mishits.  With a non-mallet, I expect to get a bit of twisting of mishit, but the Mantis B Blade stayed remarkably true even on extreme toe and heel shots. 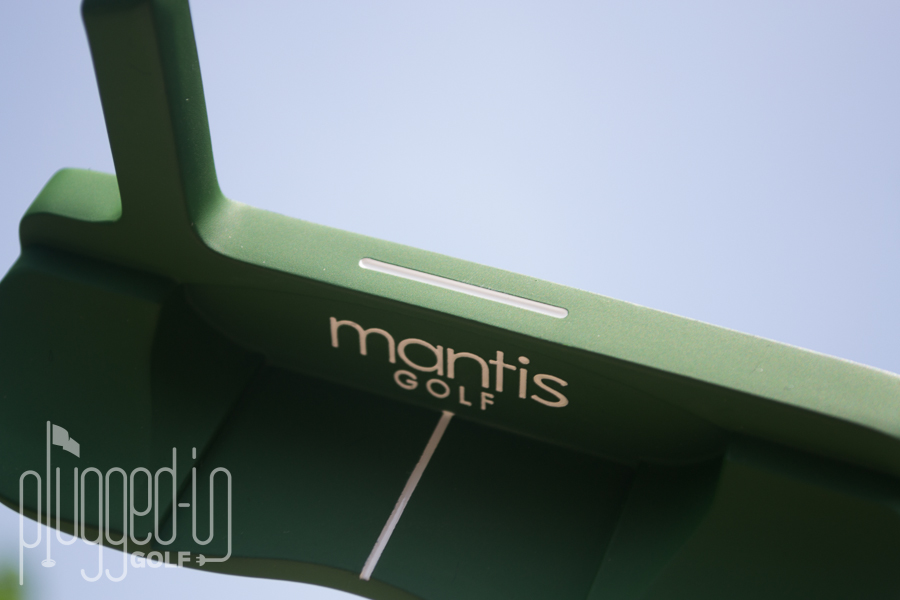 On the greens, the Mantis B Blade is a really solid performer.  The most standout thing, as I mentioned above, is the way that it performs on mishits.  Particularly for a blade, it’s very impressive how mishit putts hold their line and get all the way to the hole instead of coming up short.

Of course the big question is, “Does the camouflaging work?”  My answer to this is definitely, maybe.  There’s no doubt that the green color helps the Mantis to blend in more than your average putter.  Will this completely cure you of watching the putter?  That probably depends on the severity of your problem.  If you’re as sensitive as Bubba is to cameras, you probably need more than a green putter to fix you, but for the average guy who takes his eye off the ball occasionally, the Mantis could be a big help.

Overall, I think the Mantis B Blade is a good putter, regardless of the color.  If you like the shape, weight, and feel, it’s worth a look, and if the color helps you to keep your eye on the ball, that’s a bonus. 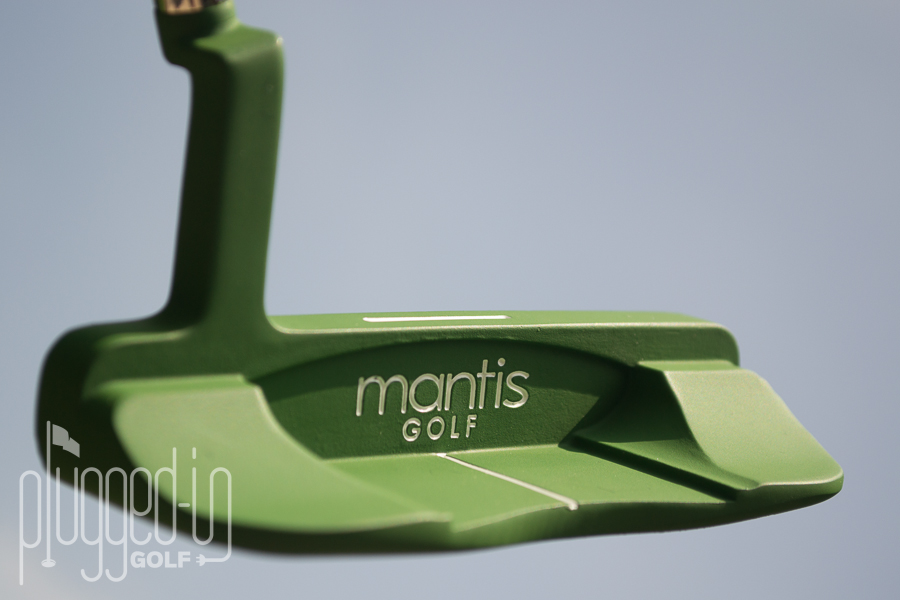 Overall, the Mantis B Blade putter does a nice job of meshing an interesting new idea (camouflaging the putter in green) with a traditional shape and solid performance.  This is a putter that could stand on its own with good design and feel, but the green paint job really boosts the “Gotta Try It” factor.  Mantis Golf does offer a 100% money back guarantee, so you truly have nothing to lose by giving the Mantis B Blade a roll. 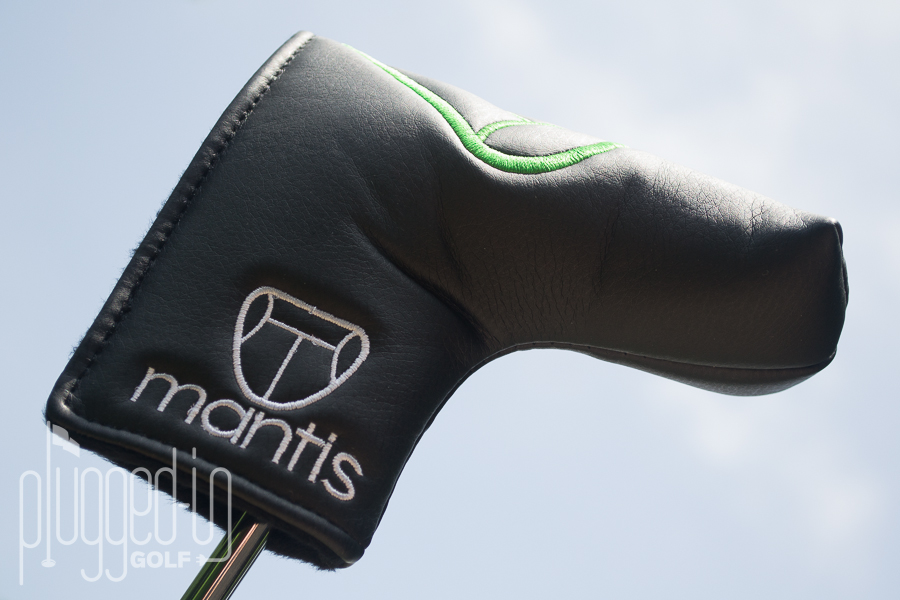 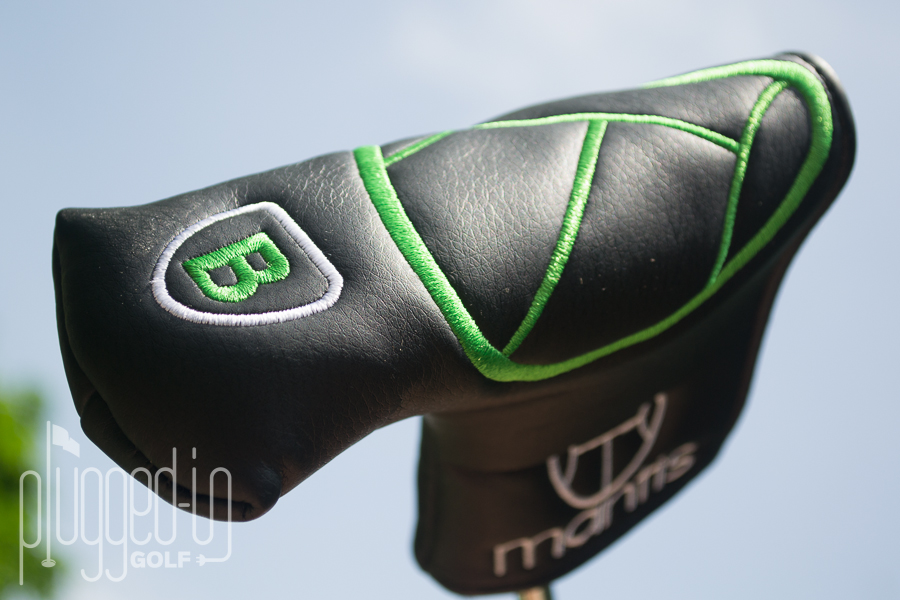 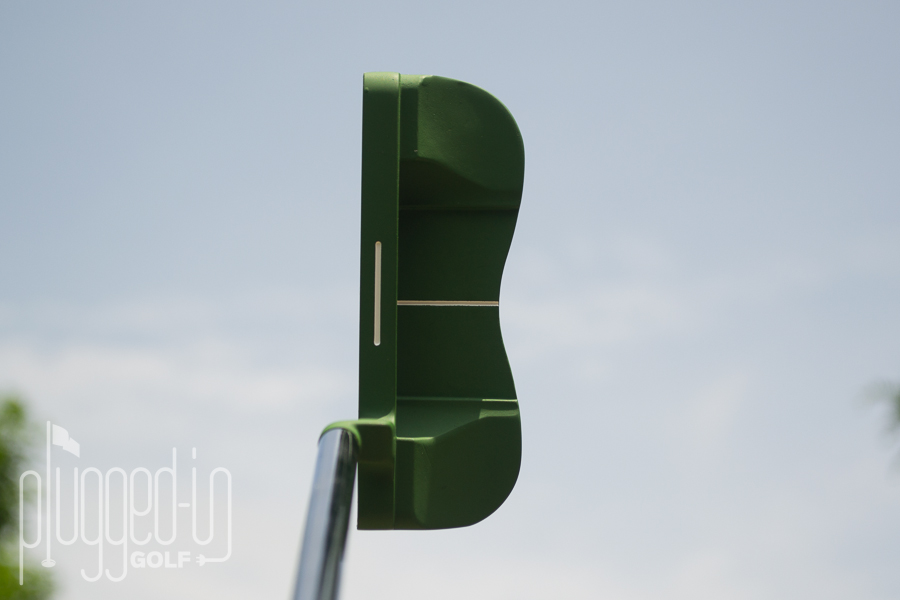 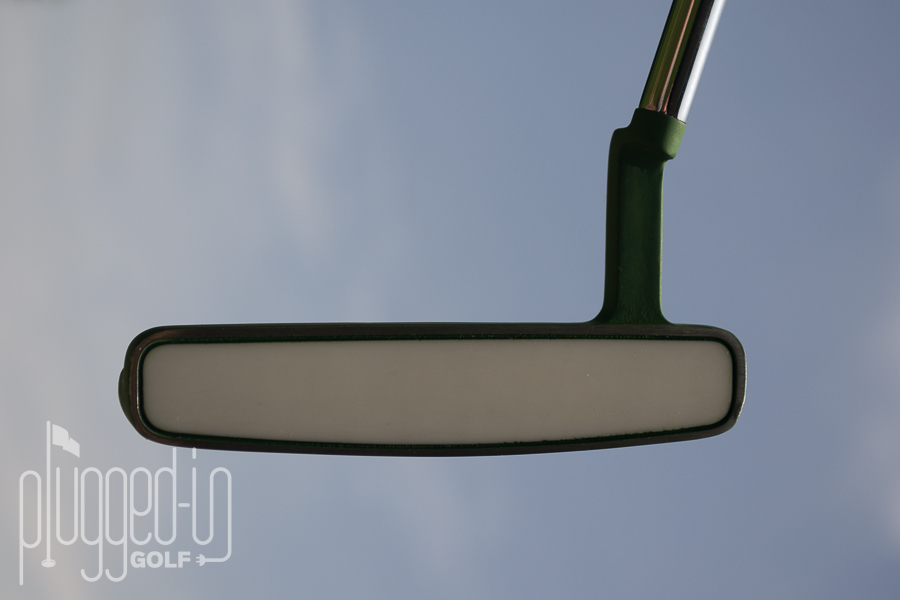 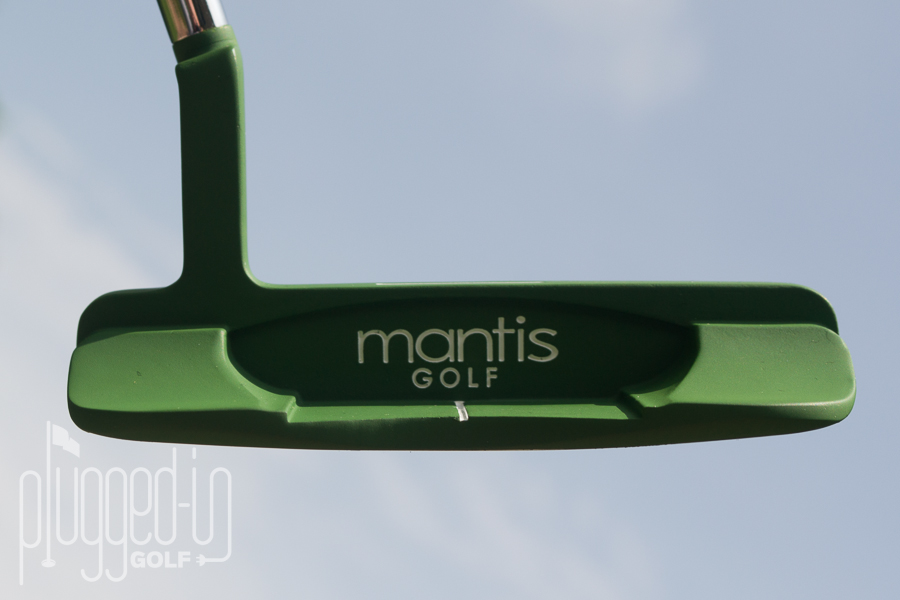 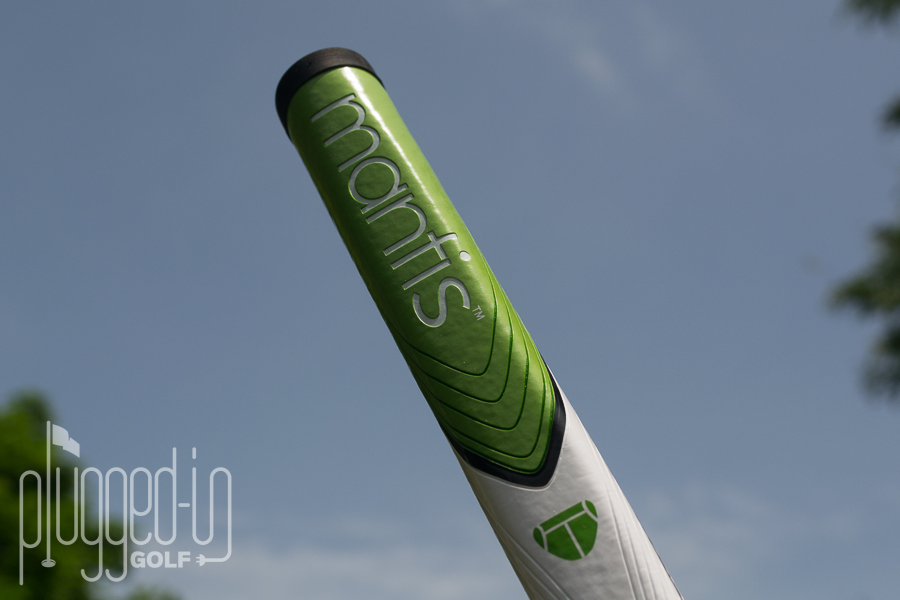 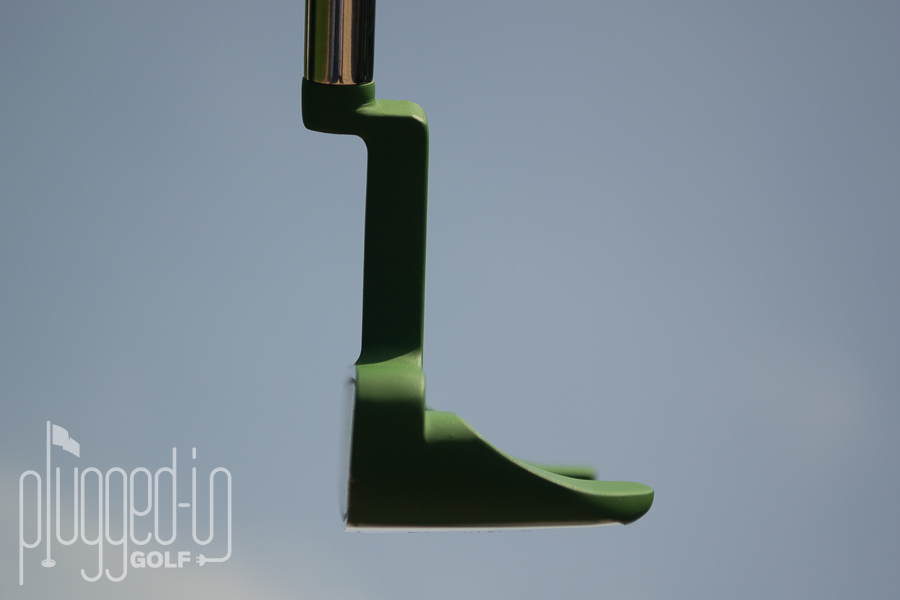 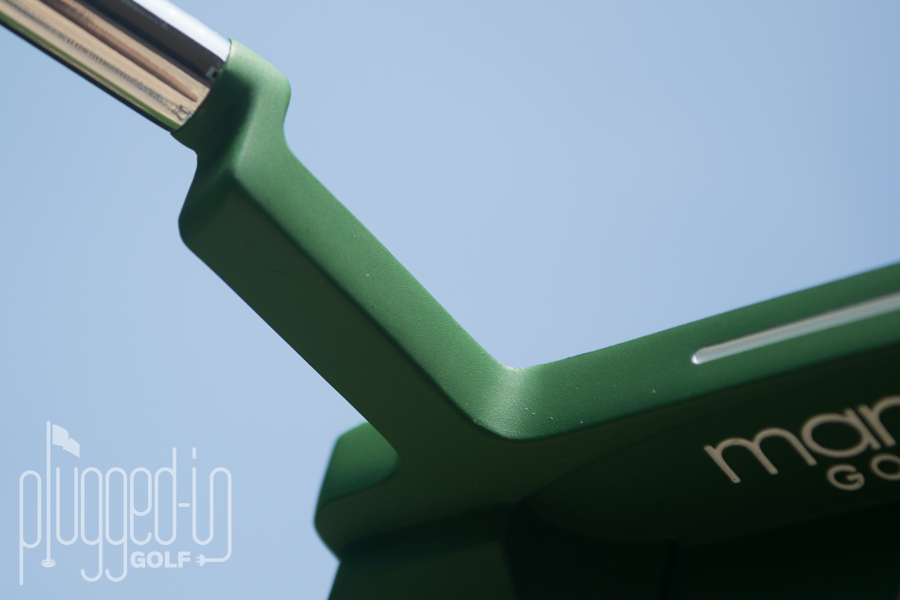 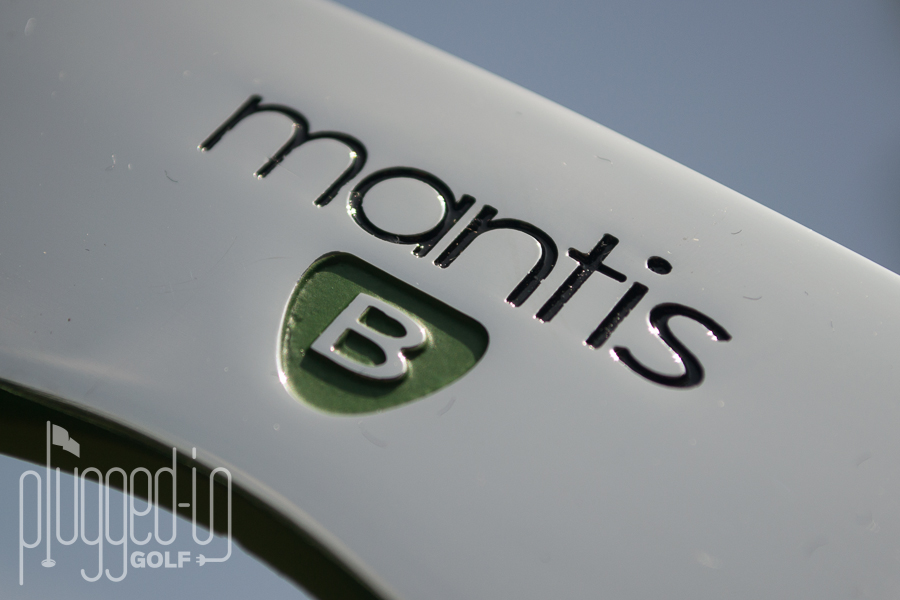 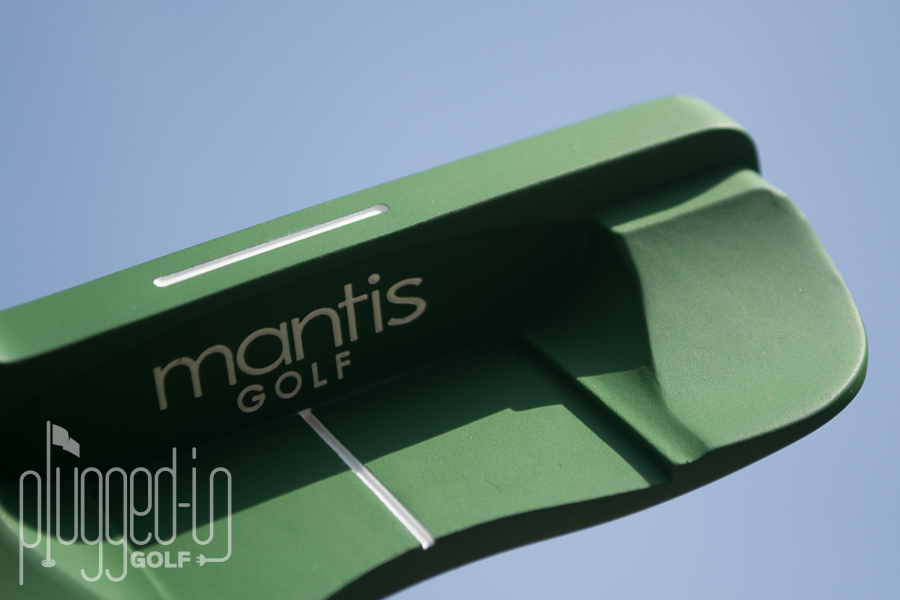