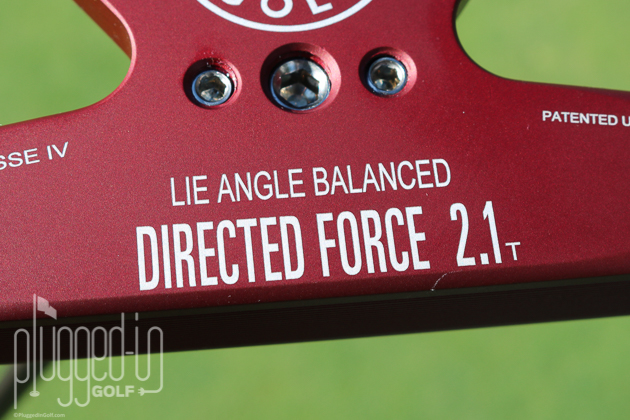 The L.A.B. Golf Directed Force 2.1 putter is radical in both its technology and its look.  Offers a unique approach to putting and putter design. 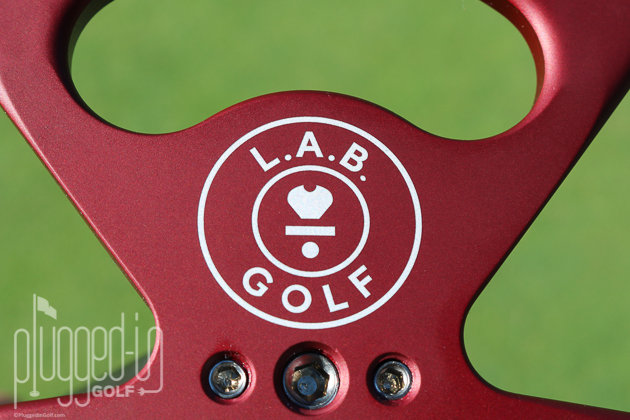 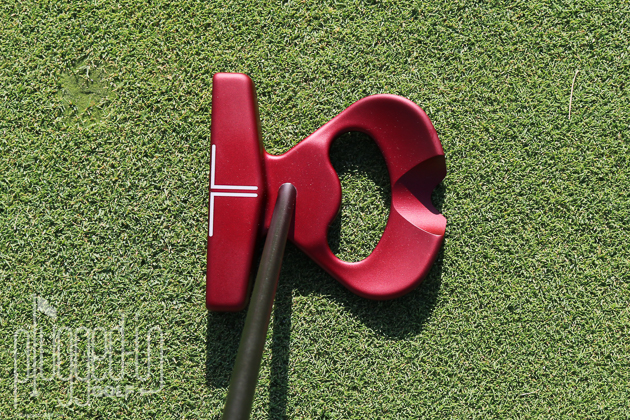 This is, quite obviously, an unusual looking putter.  When I posted a picture of it on social media, there were plenty of vomit emojis and snarky comments.  There were also some open-minded golfers who said, “I’ll try anything if it will help me putt better.”

One of the things which you may not consciously realize is that the shaft is installed in the middle of the putter head.  This creates an unobstructed top line, which some golfers may find beneficial to their aim.

The Directed Force 2.1 is available in red, blue, or black with thirty six alignment options.  You can get everything from lines to dots to arrows in a variety of sizes and combinations. 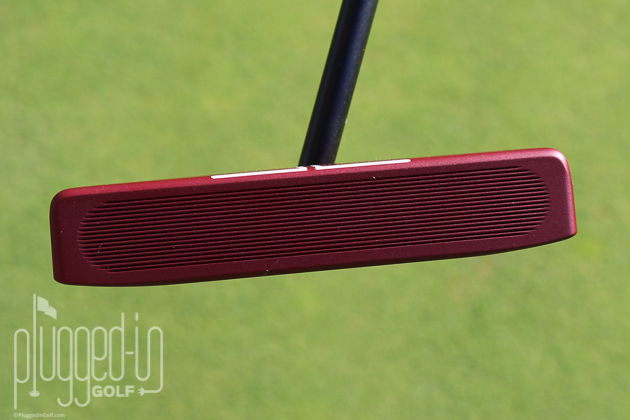 Impact with the Directed Force 2.1 strikes a slightly tinny note – high pitched, metallic, but rather quiet.  There is only the slightest whisper of audio feedback on mishits.

The sensation in my hands when I struck a premium ball was neither hard nor soft.  It’s firm and solid, like giving the ball a slap.  This head is very stable, but you can pick up some feedback on strike quality through your hands.

Despite having a high swing weight (F2), the Directed Force 2.1 feels light.  The head weighs approximately 375 gram – heavier than your average putter head – but the lack of torque makes it feel lighter during the swing. 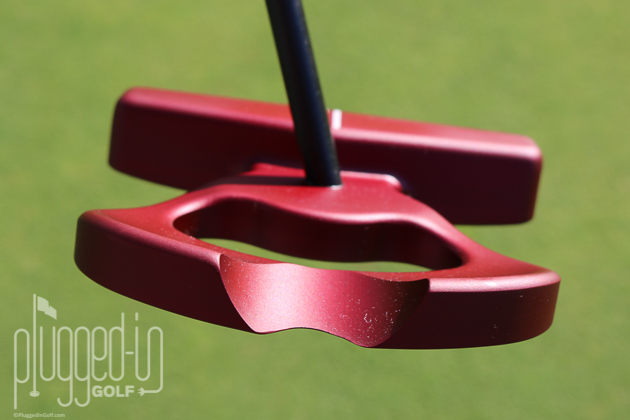 Let’s begin with an explanation of what makes this putter unique, starting with lie angle balance.  L.A.B. Golf defines this as the putter’s ability to stay square to the path during the putting stroke without any adjustment from your hands.  They claim that this leads to less involvement of the small muscles in the hands and the creation of a pendulum-like stroke.  You can see this in action in a video on their website HERE.

Now let’s talk about their grips.  L.A.B. Golf had to create their own grips, known as Press Grips, to accommodate the angle at which the shaft enters the head.  As you can see below, the shaft goes into the grip off-center, allowing the hands to remain centered while the shaft leans forward.  This creates a “built-in forward press.”  You can use Press Grips on other putters and you can use L.A.B. putters with other grips, but L.A.B. recommends they be used together for best results.  There are currently four Press Grips in different sizes and shapes and with different amounts of built-in shaft lean. 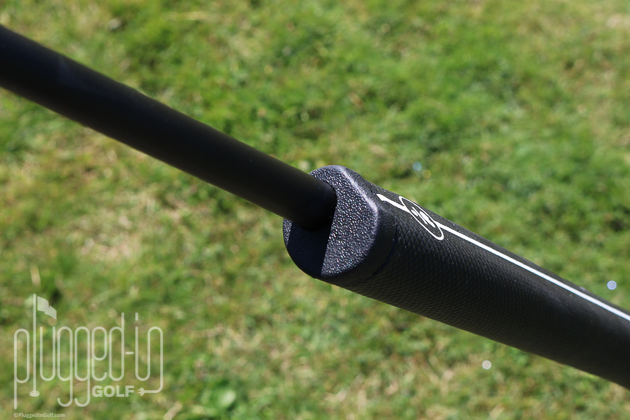 My first trip to the green with the Directed Force 2.1 was much like my initial experience with the BLaD.1: I made a lot of long putts and struggled with shorter ones.  One key difference was the grip.  The Directed Force 2.1 had the Press 2M grip which has a more square shape.  While it’s much larger than my normal grip, the shape was more comfortable for me.

After learning about the “thumbs off the grip” method from L.A.B. Golf CEO Sam Hahn, I returned to the green with the Directed Force 2.1.  My short putting improved noticeably, and there was a nice honeymoon phase where I was making a ton of long putts, too.  As I mentioned in my review of the BLaD.1 (HERE), I had a little trouble taking all the “hit” out of my stroke, which I found essential with this putter.  The lighter feel of the Directed Force 2.1 made me feel like I needed to swing harder, but the best results came when I trusted the putter to do the job.

The ultimate question with the Directed Force 2.1, as with the BLaD.1, is: do you want to modify your technique to use this putter?  I don’t want to overstate the changes necessary – the putting motion is still the same – but there are some modifications required.  Sam Hahn made an interesting analogy, comparing his putter to modern drivers.  Players have had to change their swings to optimize modern drivers – teeing it higher, hitting up on the ball – but everyone agrees its worth it to get the benefits of superior technology.  Will lie angle balancing prove to be a similar step forward?  Only time will tell. 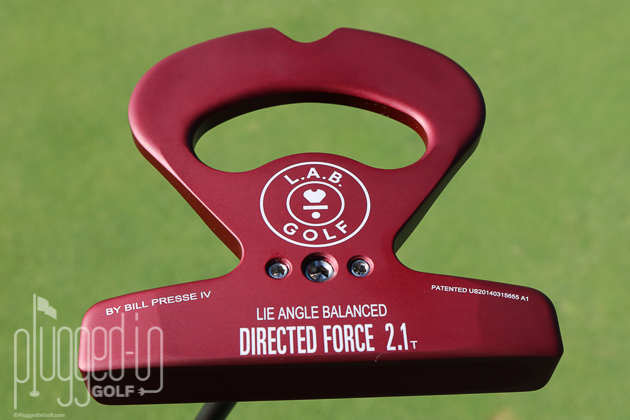 If you already walk up to every green feeling dangerous, the L.A.B. Golf Directed Force 2.1 probably isn’t for you.  However, if you struggle on the greens and are looking for a new approach, it’s definitely worth a look.  Depending on where you live, it can be hard to find a L.A.B. Golf putter to try, but the results may make the effort well worth it.  You can also try a remote fitting for free HERE.