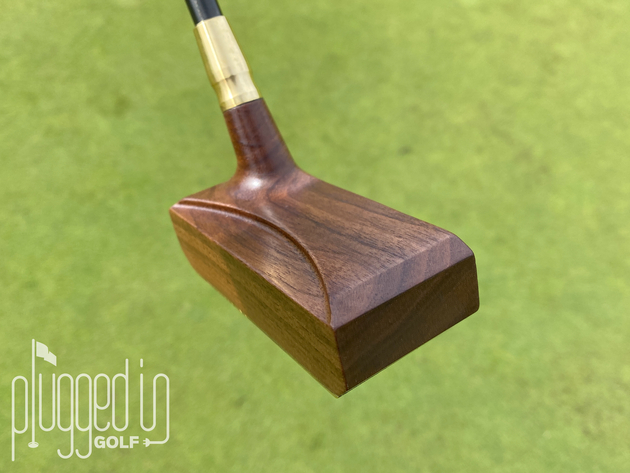 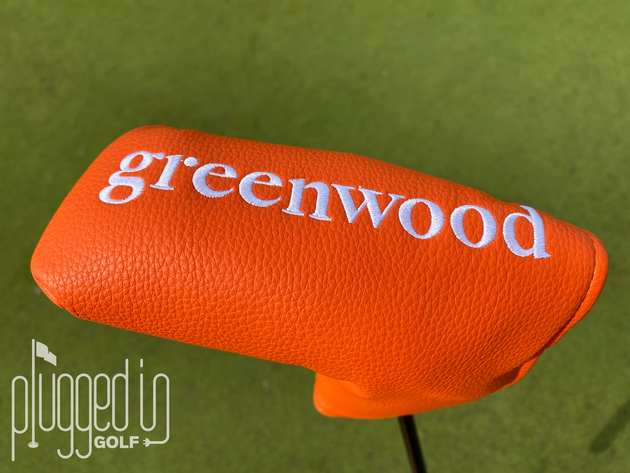 For as much as I like to complain about social media, it often brings interesting new products to my attention.  Such was the case with Greenwood Putters, a company that slid into my DMs one day asking about the Plugged In Golf review process.  After a couple messages and a few days, this beautiful putter was in my hands.

I was intrigued to learn that Greenwood Putters isn’t just about throwback appeal – they make strong performance claims about their wooden flat sticks.  Once I finished admiring the craftsmanship of this striking putter, I got busy testing it to see how their claims held up. 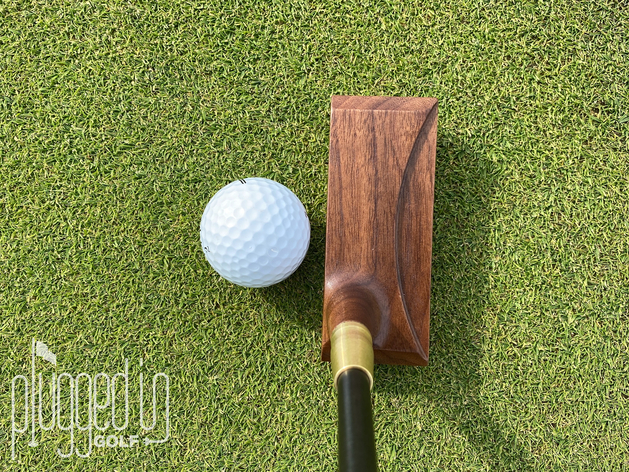 At the risk of stating the obvious, the most unique feature of the Greenwood putter is that it’s made from wood.  Regardless of the shape, that alone would make it a head-turner on the green.  The model pictured here is the Brown Sugar Walnut.  There’s also a darker Shou Sugi Ban finish which comes out nearly black.

In terms of size, the Greenwood putter is comparable a Widebody Anser.  The shape, however, is something entirely unique: a solid near-rectangle with a small curve removed from the top.

Overall, the Greenwood putter has an elegant, high end look.  The golden metal ferrule and sole plate are classy finishing touches, but what really resonates is the quality of the woodworking and finishing. 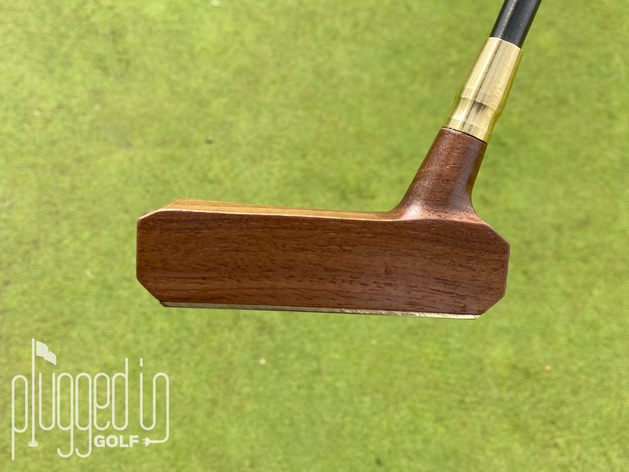 The word “soft” gets thrown around a lot when describing feel, but the Greenwood putter takes soft to another level.  Impact is extremely quiet, especially with a urethane-covered ball.  The ball feels like it’s being gently urged on its way rather than being struck. 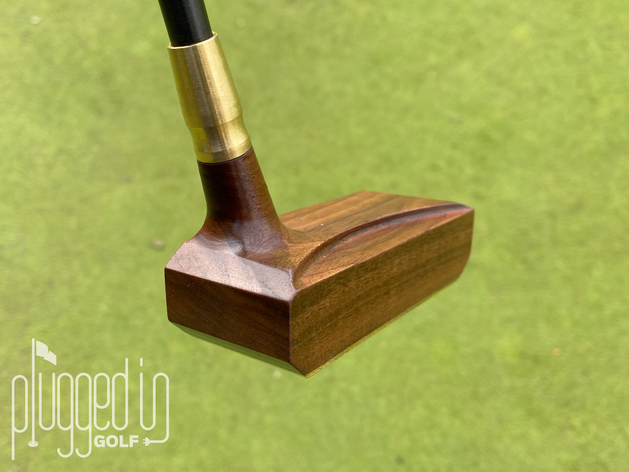 Earlier I referenced Greenwood Putter’s surprising performance claims.  The company states that metal “amplifies the power of your stroke” whereas “wood…[allows] for a more precise transfer of force.”  They go on to say that having zero loft means the putter provides “honest feedback” which will make your stroke “truer, more sensitive and accurate.”

One thing that I found unquestionably true is that the ball comes off the face more slowly.  As someone who favors dying speed, I had to make a very concerted effort to get the ball to the hole.  In addition to the material, part of the Greenwood Putter’s low speed is the lighter head weight – 300 grams.  It’s also worth noting that if you miss the sweet spot, chances are good that your putt will end up well short.

The Greenwood Putter has a strong toe hang – approximately 5:30 – that should better fit players with an arcing stroke.  Interestingly, I didn’t notice the toe hang as much as I usually do.  I chalk this up to the lighter head and the focus I had on making an aggressive stroke. 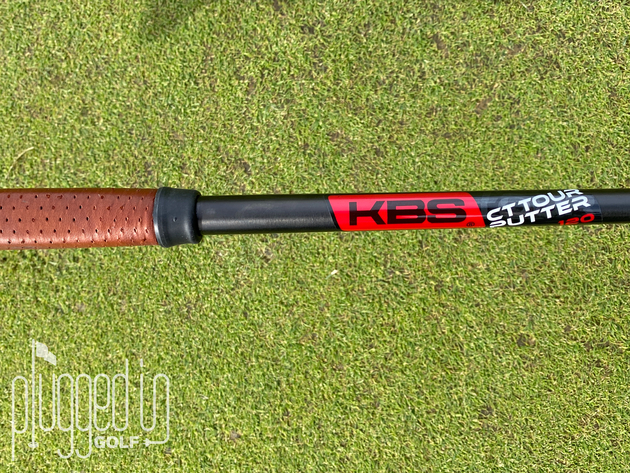 Greenwood putters demonstrate their commitment to making a high end product with their shaft and grip choices.  The putter I tested came with a black KBS CT Tour stepless putter shaft which provides an interesting contrast to the wooden head.  Greenwood’s grip of choice is a tan leather Gripmaster that fits the old school vibe perfectly and feels wonderful.

Overall, I think Greenwood is partially correct in the claims they make about the performance of their putter.  It provides very clear feedback and definitely rewards a good stroke.  While I don’t think that lower ball speeds are inherently superior to faster ones, I do think there are plenty of golfers who might benefit from a putter that forces them to be more focused and aggressive. 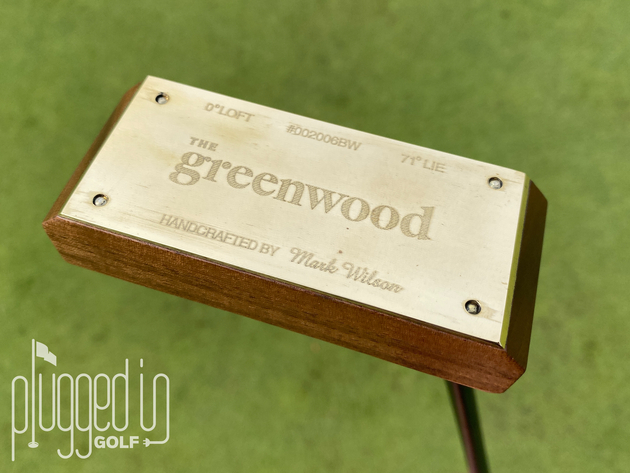 Typically when we talk about putters that will make you stand out on the green, we’re talking about neo-mallets with spaceship shapes.  The Greenwood putter is the polar opposite, but it’s no less effective in setting you apart from the pack.  If you want to add some old school appeal to your set, this is worth checking out.