Golf News for September 27, 2013 from PluggedInGolf.com 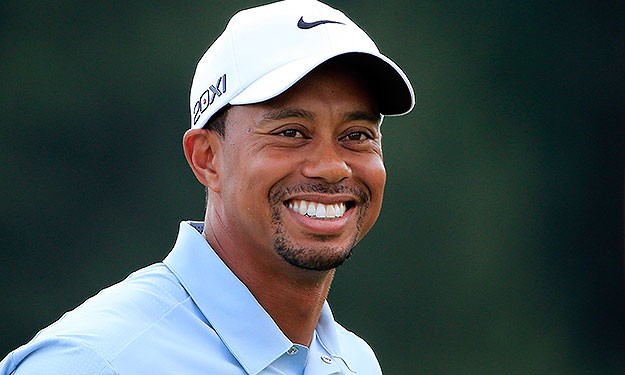 PONTE VEDRA BEACH, Fla. — The PGA TOUR announced Friday Tiger Woods as PGA TOUR Player of the Year and Jordan Spieth as PGA TOUR Rookie of the Year, as voted on by the TOUR’s membership for the 2013 season.

PGA TOUR members who played in at least 12 official money events in 2013 were eligible to vote following the conclusion of the TOUR Championship by Coca-Cola. The balloting process ended on Sept. 26.

“On behalf of the PGA TOUR, my congratulations to Tiger and Jordan for their impressive performances in 2013,” said PGA TOUR Commissioner Tim Finchem. “Tiger’s five wins came against some of the strongest fields in golf including THE PLAYERS and two World Golf Championships while Jordan’s rookie season was historic in terms of his accomplishments for a player just 20 years old. The member vote reflects the respect their peers have for both players.”

Woods, 37, was voted the PGA TOUR Player of the Year for a record 11th time in his career.

“It’s been an incredible year to have won five times,” Woods said. “Fantastic year all around. It’s an incredible feeling to be voted by your peers and have that respect. It’s very humbling.”

Anaheim, CA- Matrix Shafts introduces Velox, the latest modern design concept developed by the Matrix R&D team and led by Chief Designer Daniel You. Velox joins the long list of premium woods shafts offered by Matrix, and is categorized as a speed shaft designed to obtain maximum head speed and control at impact.

Within the Velox family there are two versions, Velox St representing the “Tour” version and Velox Sp, representing the “Player” version. The Velox St model is designed for standard tour type builds, and is for the player who wants to add to club head speed while maintaining control and workability. The Velox Sp model represents the new generation of clubs that are built longer and with shallower aerodynamic heads. This version maximizes speed and allows for standard swing weights with longer builds.

The Velox cosmetics feature a premium blue/chrome silver color scheme, with speed categories shown in replacement of traditional flexes. A visual representation of the DE curve is also shown to differentiate each speed model. The “Tour” version, Velox St, will be priced at $375 while the “Players” version, Velox Sp, is available at $275.

HUNTINGTON BEACH, CA – September 25, 2013 – Graeme McDowell has agreed to terms on a multi-year contract extension with Srixon® to remain a member of their PGA TOUR staff. No additional details regarding the contract were made available. McDowell, winner of the 2010 U.S. Open and 2013 RBC Heritage, is also a nine-time winner on the European Tour. McDowell will continue to play Cleveland® woods, Srixon® irons, Cleveland® wedges and Srixon® balls. He will wear a Srixon® hat and glove and carry a Srixon® bag.

“We couldn’t be more thrilled that Graeme has decided to remain a member of Srixon’s PGA Tour staff,” said Todd Harman, President of Cleveland® Golf/Srixon® – U.S.A. “Graeme is one of those unique individuals who brings so much to the game of golf. His passion for competition, combined with his love for the game and respect for the fans, has made him the type of ambassador that any company would be honored to have on their staff. The fact that Graeme has chosen to remain in the Srixon family says an awful lot in regards to how he feels about our products, as well as our company.”

McDowell, also known as G•Mac, was a member of Team Europe during the 2010 and 2012 Ryder Cup, where he contributed significantly toward his team’s dramatic victories over the United States. G•Mac was voted 2010 Player of the Year by the Golf Writers Association of America and joint 2010 Player of the Year on the European Tour.

“I’m thrilled to remain a member of the Srixon and Cleveland Golf family, one I’ve been part of since my college days” said McDowell. “I couldn’t be happier with my current bag and I’m playing some of the best golf of my career. Much of that has to do with their exceptional equipment, coupled with the tremendous support they’ve continually given me. I’m now looking to taking things forward again and accomplishing many of my professional goals over the coming years.”