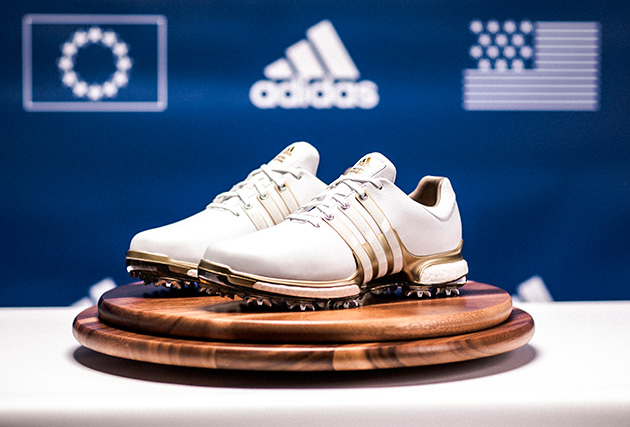 CARLSBAD, Calif. (September 17, 2018) – Golf’s ultimate team competition is nearly here. Today, adidas Golf is celebrating the tradition, history and pride that embodies the Ryder Cup by unveiling a limited-edition version of the TOUR360. The exclusive footwear, available Monday, September 24, is inspired by the iconic trophy that has changed hands between teams from the United States and Europe for more than 90 years.

Similar to the coveted trophy, the 10-cleated TPU outsole takes on the appearance of the wood grain finish found on the trophy’s base. Moving up the shoe past the BOOST™ technology, the TPU top plate features a shiny gold finish, a subtle nod to the top portion of the age-old trophy.

Those lucky enough to get a pair will also have the option to choose which team they want to support when wearing the shoes. The limited editions come with two pairs of sockliner options – one for the United States Team and the other for the European Team. Like the results that adorn the base of the Ryder Cup, these sockliners feature the flags from each team along with the final scores from every Ryder Cup since 1979.

“We know how much the Ryder Cup means to fans all over the world,” said Masun Denison, global footwear director, adidas Golf. “It’s the most competitive event in golf, and brings out a level of emotion that you don’t normally see in the sport. Possession of the Ryder Cup trophy is what both of these teams and fans are after, so we looked to it for inspiration when designing this TOUR360.”

The TOUR360 is adidas Golf’s flagship model and is its No.1 shoe worn on tour, which recently underwent an upgrade at the end of 2017. This limited edition will be for the laced version only. 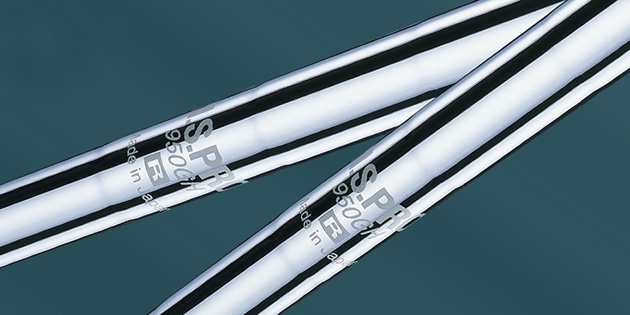 CARLSBAD, CA – Nippon Shaft won its fifth women’s major of the year Sunday at the Evian Championship in France.

The 40-year-old native of Fort Worth, Texas used Nippon Shaft’s N.S. PRO 950GH steel shafts in her irons and wedges to fire a 3-under par 68 in the final round to come from five shots back and seal the victory.  It was the first major title for one of the LPGA’s more consistent players.

Nippon Shaft’s N.S.PRO MODUS3 models have won 145 times on top pro tours around the world since they were introduced in 2010, including 22 times this season.