The Golf News from PluggedInGolf.com for September 18th, 2013

(Franklin, TN – FOR IMMEDIATE RELEASE) SeeMore Congratulates the Brand’s most visible user on his magical 10th career PGA Tour Victory on Monday at the BMW Championship. The Champion pulled away with great clutch putting from one of the best final round leader boards of the year, where the 5 players on top heading into the final round included the World’s #1 ranked player, and 4 other members of the US Ryder Cup team. The winner used his SeeMore FGP USA Tour version putter to take just 26 putts in the final round, including long birdies at 16 and 17 to nail down the trophy.

The winner has now had 6 top 10 finishes in his last 7 worldwide starts, including the British Open and the PGA Championship. He finished 2nd in the field at the BMW Championship in Strokes Gained Putting. And most important, in the final round, he made the most clutch putts to secure the victory at 16 under par, with rounds of 64-69-70-65. At 4th in the FedEx Cup Rankings, this positions the BMW winner to control his own destiny at East Lake where winning the Tour Championship would also win the FEDEX Cup. Also of note, his 10th career PGA Tour win also makes him eligible for the World Golf Hall of Fame when he turns 40.

They take on the interesting topic of gap wedges: should it match your set or should it be a specialty wedge?
Watch the video HERE then tell us your thoughts on this series.

RICHMOND, Va., September 17, 2013 – Bag Boy, one of the premier choices in golf bags, announced today the introduction of the Revolver LTD cart bag. The Revolver LTD offers a 14-way rotating top with Clip-Lok™ technology and full-length individual dividers, two outstanding features that have made the Revolver product line one of the best-selling over the last nine years.

The Revolver has won numerous awards for its innovation, design and functionality since being introduced in 2005. The industry’s first and only 360-degree rotating club design revolutionized the cart bag category. And now, the new Revolver LTD cart bag continues to deliver the exceptional quality, function and organization that golfers demand.

Made of durable nylon, the Revolver LTD offers plenty of storage to stay organized. The eight pockets include two full-size apparel pockets, an oversized removable insulated cooler pocket and a hidden fleece-lined valuables pocket inside the apparel pocket. Additional features of the cart bag include two external putter tubes with secure putter clips, an integrated trunk lift handle and a deluxe padded shoulder strap. Also, for the golfer’s convenience, there is a deluxe carabiner towel clip and Velcro® glove holder, umbrella and cart strap sleeves and a neoprene golf ball sleeve.

“The Revolver is the best-selling cart bag that Bag Boy offers,” said Craig Ramsbottom, president, Dynamic Brands. “Golfers who ride really enjoy the ease of finding their clubs by just rotating the top and they also like how the Clip-Lok™ technology secures the clubs while transporting them.”

PEORIA, AZ – The Antigua Group, Inc. – one of the nation’s leading designers and marketers of lifestyle and golf apparel under the distinguished Antigua brand – has unveiled its Spring ’14 Performance 72 Golf Collection.

“Last Spring’s line was fantastic and set new sales records for Antigua. Spring 2014 looks to be even better,” said Ron McPherson, president and CEO of Antigua. “The line has vivid color, sophisticated styling and luxurious fabrics…truly a winning combination.”

If standard par performance on the course is 72, the standard for performance golf fashion collections internationally is Antigua’s Performance 72. It’s the benchmark for quality, fit, and viability of performance fabrications. It demonstrates attention to detail, highlighting just the right accents. And it’s performance with style. This apparel is perfect for the course – and for off the course, as well. To boot, our proprietary Desert Dry and Desert Dry Xtra-Lite moisture management technology will wick away moisture.

“The collection offers new color direction with a bit of sport vibe as added influence,” says Sean Gregg, director of product development and director of marketing support. “Atomic adds a punch of orange pop, Glow is a hot nod to neon, Aquarius is the cleanest of true-blues – the shade just above horizon at dusk, Aster is an imperialistic purple with a bluish lean toward regal, and Light Apple is reminiscent of an apple whipped to a sorbet.”

This collection brings an ideal fit that’s specific to golf. Attention to details includes the likes of eliminating the sleeve cap, so that the garment performs with you and not against you, allowing golfers freedom of swing motion. We’ve also used lightweight stretch material in the outerwear to keep golfers comfortable in a wide outside temperature range. 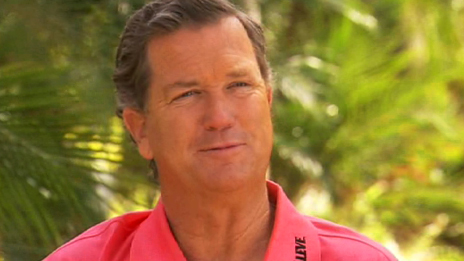 HUNTINGTON BEACH, CA – Srixon® congratulates staffer and spokesperson Peter Jacobsen for being named the 2013 winner of the Payne Stewart Award. Jacobsen, known for his passion and personality throughout his 37-year PGA TOUR and Champions Tour careers, will be honored tonight during a private reception as part of the festivities at the TOUR Championship by Coca-Cola, the culminating event of the FedExCup Playoffs.

The Payne Stewart Award is presented annually to a professional golfer who best exemplifies the values of character, charity and sportsmanship. The past winners have all distinguished themselves through their respect for the game, the TOUR’s tradition of charity and their ability to make a positive difference in the lives of others. Stewart, an 11-time winner on the PGA TOUR and World Golf Hall of Fame member, died tragically the week of the TOUR Championship in 1999.

“I am incredibly humbled to receive such a prestigious award, particularly one that honors a dear friend of mine who was such a remarkable and esteemed individual,” said Jacobsen. “I was extremely lucky to have Payne as a friend, competitor and role model and the best way to carry on his legacy is by upholding the same values he did. Payne taught us all the meaning of sportsmanship and integrity, and I can only hope to pass that on to younger generations the way he did.”

Jacobsen, 59, made his PGA TOUR debut in 1977 and won seven times during his career. Jacobsen also collected 10 other victories, participated on four national teams and has won twice on the Champions Tour. Jacobsen’s most successful year on TOUR came in 1995 when he brought home two PGA TOUR victories and represented the USA in both the Ryder Cup and the Dunhill Cup. Jacobsen served as a player director on the PGA TOUR Policy Board in 1983, 1985, 1992 and 1994.

Jacobsen’s impact in the golf world has been felt outside the ropes as well. He started his work as a golf commentator for ABC-TV, covering the Skins Game throughout the late 80s and early 90s. He covered the 1991 Ryder Cup matches for NBC Sports and, in 2011, joined their golf broadcast team. He also had two shows on the Golf Channel for three seasons each: “Peter and Friends” and “Peter Jacobsen Plugged In.”

In 1989, Jacobsen established Peter Jacobsen SPORTS, LLC, a sports marketing and management firm. Since its inception, the firm has produced more than 250 events worldwide, including the CVS Caremark Charity Classic in Rhode Island. Jacobsen has also served as a principal of the Jacobsen Hardy Golf Course Design Company since 1995, and has co-designed more than 10 golf courses across Oregon, California, Washington, Florida and Texas. Over the last two decades, Jacobsen has written and released two books, “Buried Lies: True Tales and Tall Stories from the PGA TOUR” and “Embedded Balls.”

Jacobsen’s connection to Stewart extended beyond the golf course. The pair, along with Mark Lye, formed the band Jake Trout and the Flounders in the 1980s. The band released two albums, the first in 1988 and the second in 1999, shortly before Stewart’s untimely death.

Giving back to local and national communities has always been incredibly important to Jacobsen, and he feels particularly connected to nonprofit organizations that focus on children’s health and education and to organizations that work to improve the quality of life for military veterans. Over the years, he has given his time and resources to support nonprofits such as Devin’s Destiny, The First Tee, Folds of Honor, Juvenile Diabetes Research Foundation, Lines for Life, Summit Golf Foundation and Wounded Warrior Project.

Since 1989, Peter Jacobsen SPORTS-managed events have contributed more than $40 million to various nonprofits around the United States, including Albertina Kerr Centers, Doernbecher Children’s Hospital, I Have A Dream Foundation, March of Dimes, Randall Children’s Hospital and The First Tee.

Jacobsen and his wife Jan have been married for 37 years and have three children and two grandchildren.