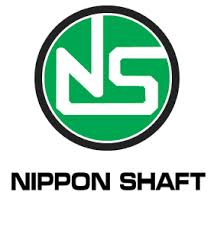 CARLSBAD, Calif. (September 15, 2014) – Nippon Shaft recorded a victory on the European Tour over the weekend, as the company continues to make inroads among the world’s top players.

At the KLM Open at Kennemer Golf Club in The Netherlands, the 37-year-old Englishman recorded his first European Tour victory since the 2013 Irish Open thanks to a final round 66 for a 14-under par total. His tools for victory were Nippon Shaft N.S. PRO MODUS3 ORA steel shafts in his irons and wedges. The win came just two weeks after he became a father for the first time.

At the LPGA’s Evian Championship in France, longtime Nippon Shaft ambassador Karrie Webb finished one stroke out of a playoff to claim second place. Webb used the N.S. PRO 1050GH steel shafts in her irons and wedges, and N.S. PRO Regio in her driver and fairway metals.

“Nippon Shaft is extremely proud to be able to provide a variety of high quality steel shafts that players from all over the world use to compete on all major professional tours,” said Hiro Fukuda, sales and marketing for the Japanese club maker. “These outstanding products have been developed with input from the best players in the world, and we believe we have answered their needs.”

Nippon Shaft long has been the most popular steel shaft on the LPGA Tour, thanks to its ability to manufacture a shaft that combines light weight and sturdiness, which ensures maximum control.

In recent years, Nippon Shaft has successfully expanded its product line to include shafts designed for PGA TOUR and European Tour professionals and low-handicap amateurs, adhering to the same stringent quality standards that have been the hallmark of its brand.

12 PGA Tour events, and 10 events total. The Rogue has also been the #1 driver shaft model on tour for 25 straight weeks including all four FedEx Cup events! An amazing record.

“Once again the numbers and performance speak for themselves,” said John Oldenburg, Aldila’s Vice President of Engineering and Product Development. “Our new Rogue shafts have been #1 on tour throughout the regular tour season and dominated the FedEx Cup events both in terms of numbers and victories. We congratulate and thank all the PGA Tour pros that chose Aldila and the Rogue to help them to victory this past season.”

By incorporating extremely rare, expensive, stiff “Graphitic Carbon” along with Nex Gen Micro Laminate materials into the Rogue design, Aldila is able to make the shaft stiffer and lower torque without adding weight. At the same time, the placement of the material in top third of the shaft (grip end) allows the shaft manufacturer to slightly counterbalance the shaft to work well with today’s heavier driver heads and the longer length of modern drivers.

On the Web.com Tour the winner of the Nationwide Children’s Hospital Invitational in Columbus, Ohio, picked up his first tour win playing Aldila’s Tour Green shaft in his 3 Wood after winning on the first playoff hole. “The Hottest Shafts In Golf” also won the driver and wood shaft manufacturer counts and tied for the top hybrid shaft manufacturer.

Aldila (aldila.com) offers patented shaft design technologies that consistently outperform other shafts available. This technology advantage is the reason Aldila is the most popular graphite shaft on the PGA Tour. Tour professionals recognize Aldila’s advanced performance and year after year that there are more Aldila wood and hybrid shafts in play on Tour than any other shaft manufacturer. Whether the Micro Laminate Technology™ first introduced in Aldila NV™, the most popular graphite ever or today’s Next Generation Micro Laminate Technology, Aldila engineers are continually pushing and advancing high performance graphite golf shaft technology well beyond any other manufacturer.

WIXOM, Mich. – The winner of the season’s final two tour playoff events and the overall championship title putted like a man possessed with the help of SuperStroke’s Flatso Ultra putting grip. He shot a record 12 consecutive rounds in the 60s including all four in the final event (66-66-69-68) and amassed more than $13 million in winnings in the process.

He finished the tournament at East Lake ranked 6th in Strokes Gained-Putting with a total of .815 strokes gained. He was 6th in Putts Per Greens in Regulation with a 1.737 average. The Strokes Gained-Putting statistic was introduced to the tour in 2011 and has been viewed by players and experts alike as the most accurate, meaningful way to portray player putting efficiency.

“To win the final two playoff events of the season, and capture the overall tour title is simply incredible and a strong testament to our patented parallel technology,” said Dean Dingman, President SuperStroke Golf. “The men and women of SuperStroke work hard to provide quality products that we know can help make any putter better. It’s just great to see everyone’s hard work and determination pay off on golf’s biggest stage.”

The Flatso Ultra is one of three grips in SuperStroke’s Flatso line that features the company’s patented parallel technology and a new patent pending pentagonal shape with a flat top design. The parallel technology allows for even pressure in both hands, while eliminating added tension in the wrist and forearms. This unique design helps the golfer’s arms swing more freely, which further enhances a pendulum-putting stroke.

“The characteristics of the Flatso line help inhibit wrist action and promote shoulder rotation for added consistency in your putting stroke,” said Jon Luna, SuperStroke USA Marketing Director. “The pentagonal shape allows players looking for the feel of a pistol grip option in the SuperStroke line.”

SuperStroke, the leading oversized grip company on tour, (superstrokeusa.com) makes grips that are long lasting and extremely shock absorbent. They are designed with a high-tech polyurethane material featuring cross traction technology that improves feel and tackiness. Combined with SuperStroke’s patented parallel technology further increases consistency and lowers scores for every level of golfer, even professionals.