In a launch event at the BMW Championship last night, TaylorMade unveiled their newest iron: SpeedBlade.  This iron features TaylorMade’s “Speed Pocket” which the company claims will boost ball speed and launch angle.

These irons are available to order on September 16.  Full details HERE 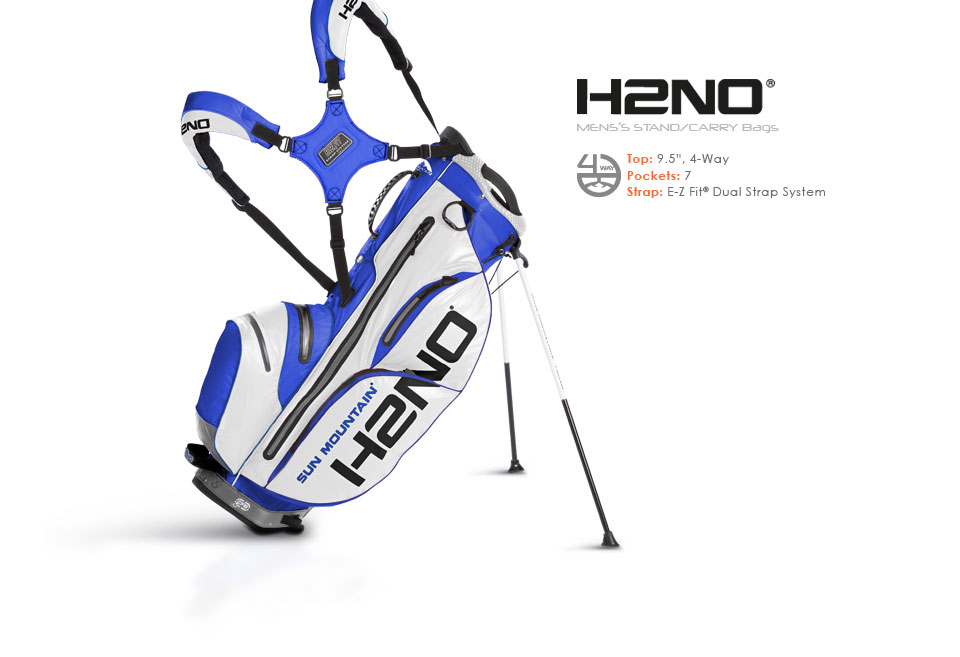 Missoula, Montana – Sun Mountain once again proved to be the innovator of the golf bag market with the introduction of the first waterproof golf bag in 2007. New for 2014, the H2NO collection of bags will be expanded to include cart bags and carry bags, all constructed with waterproof fabric, taped seams, and waterproof zippers. The full range of H2NO golf bags will be in stores in October with retail prices from $259 – $289. For the retailer nearest you, call 800-227-9224 or visit www.sunmountain.com.

Sun Mountain’s most popular bag in Europe, the H2NO carry bags feature tops with integrated handles for ease in picking up and setting down, a top-molded stand attachment for stability, Sun Mountain’s proprietary E-Z Fit Dual Strap System for a balanced carry across both shoulders, patented Roller-Bottom stand mechanism for easy leg activation, and for those rounds that you ride, H2NO stand bags feature leg lock straps and a cart-friendly bottom that will fit into a cart’s bag well. H2NO carry bags feature ample storage space, too, including a full-length clothing pocket, a velour-lined valuables pocket, and multiple accessory pockets. The 2014 collection of waterproof carry bags will include the H2NO Lite ($259), H2NO Ultra Lite ($229) and the H2NO Staff.

The waterproof pockets and rainhood on the H2NO bags feature the same waterproof construction as Sun Mountain’s line of rainwear to include waterproof fabric, taped seams, and YKK® waterproof zippers. The extra technology required to make a bag waterproof will be much appreciated by golfers who carry items like cigars, mobile phones, and range-finders. Additionally, when used with the matching rainhood the waterproof protection of the H2NO bags extends to the clubs. 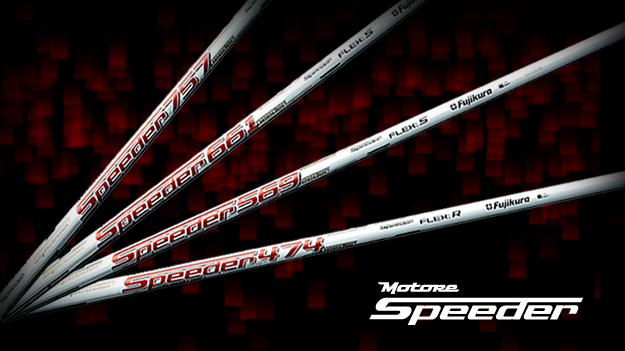 On the Champions Tour, Fujikura was the #1 driver and woods shaft brand in play at the Montreal Champions tournament.

In other recent Fujikura Golf news, the company confirmed the re-launch of the popular Speeder757, which is considered to be the most iconic and sought after shaft in shaft brand history. Speeder quickly became the #1 shaft brand on the PGA Tour and has never left the tour since it’s debut in 1998, earning the nickname, “the winningest shaft on tour” for well over a decade.

Fujikura marketing manager, Stephanie Hartgraves confirmed that the shaft will be available at Fujikura Charter Dealers in October and that the MSRP will be $400. She also gave a statement regarding what players can expect from the new Speeder’s performance. “The new Motore Speeder757 (and other 3 profiles available) makes more use of our proprietary Triax Core technology. Essentially, we have been able to re-engineer the structure to use stronger materials, which allows for less resin, which has allowed us to incorporate the TCT technology into the inside layer of the shaft, enhancing the effects. How does this translate into real benefits for the golfer you ask? Unparalleled SPEED, DISTANCE and STABILITY.” Hartgraves confirmed that the use of the term ‘Unparalleled’ is of significance because the new Motore Speeder757 consumer (player) testing results showed greater distances than leading competitor shafts in 100% of the participants.

Hartgraves also commented on Fujikura’s fitting initiative and how they are helping golfers of all levels and swing types get fit to the shaft that will optimize the overall performance of their golf clubs, “We have had a lot of demand for the Speeder757, but it is important to note that we are offering three additional profiles along with this release (474, 569, 661) that will help fitters to customize the needs of the individual golfer. We are in the process of updating our online fitting tool and our mobile fitting app to include these profiles so that golfers can fit themselves prior to visiting a Fujikura certified Charter Dealer, so they can ask for the specific shaft that was recommended for them through the app.”

Fujikura’s mobile fitting app has been a valuable resource to more than 32,000 golfers, PGA professionals and custom club fitters. The company has invested a significant amount marketing dollars to their fitting initiative, which they claim is their way of growing the game beyond making the best performing golf shaft on Tour.

“We have been putting a lot of effort into helping golfers realize the benefits of getting properly fit in order to realize optimal results from their equipment.” Said Hartgraves. “In fact, we just announced the winner of our ‘Win the Ultimate San Diego Golf Experience’ sweepstakes on Friday. This was an in-app only promotion where we teamed up with TaylorMade Golf and the Aviara Golf Club to create a unique golf experience for golfers as a way to promote fitting.”

With the retention of the PGA Tour stop in Tampa – held March 13-16 at Innisbrook’s Copperhead Course – the schedule for the 2014 season is complete through the Ryder Cup.

The biggest change in 2014 will be that there is no off week for the players during the FedEx Cup Playoffs, instead getting a week off after the Tour Championship before the Ryder Cup at Gleneagles.

Here is a closer look at the schedule:

Sanford, FL – Esteban Toledo captured his 2nd Victory of the season at The Montreal Championship held at the Vallee du Richelieu Rouville, in Sainte-Julie (Quebec), Canada this past weekend. Toledo defeated Kenny Perry on the third hole of a sudden death playoff to earn a paycheck for $240,000.00 and move up 5 spots on the Charles Schwab Cup Points List to #11.

Toledo became the first Mexican to ever win on the Champions Tour earlier this year in May when he sank a par putt with his RIFE Island Series Aruba putter on the third hole of a playoff at the Insperity Championship held at The Woodlands Country Club in Texas.

The 50-year-old Toledo first picked up his RIFE putter at the last event of the 2012 Champions Tour season in San Antonio and it’s been in his bag ever since.

“I predicted Esteban would win again this season right after his victory at the Insperity Championship,” said Jim Barfield, V.P. of Tour Operations for RIFE Golf. “That’s how well he’s putting right now and how confident he is with that Aruba putter in his hands. Esteban said he loves the instant forward roll he gets from the face of his RIFE putter. He said it tracks “true” to the hole every time…so all he has to focus on is reading the green and picking out his line, and obviously he’s got that working very well right now.”

Esteban Toledo is just one of the many non-endorsed Professional Tour Players who choose to play a RIFE putter even though they’re not paid to play it. “The Tour Players play our putter because it helps them earn a bigger paycheck on Sunday,” said Jim Barfield, “and we’re very proud of that. Our RollGroove Technology Face grips and lifts the ball into an instant forward roll and gets it on line and headed towards the cup quicker than any other putter in the industry. If it’s good enough for the best golfers in the world, you can bet it’s going to help you sink more putts as well.”