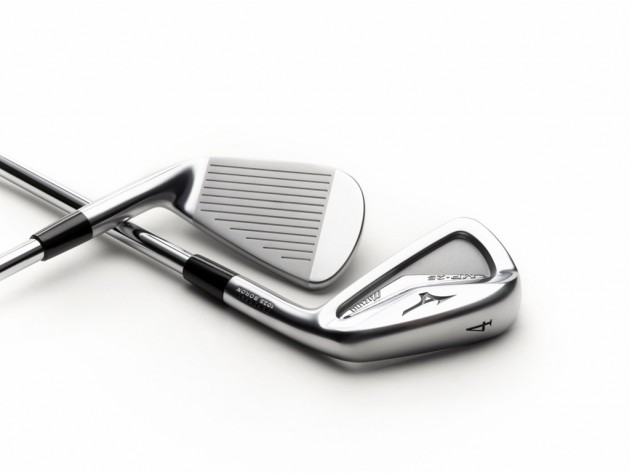 Norcross, Ga. (August 31, 2015) – Mizuno, a world-class leader in golf technology and design, continues its leadership in iron technology with the introduction of boron into the 2016 MP portfolio. First introduced in 2014, boron will now be infused in the new MP-25, introducing an entirely new standard for distance and playability, while preserving the signature feel for which the line is well known.

Utilizing an innovative material like boron, the fifth element on the periodic found in the Earth’s crust and the Solar System, allows Mizuno to stand apart from other equipment manufacturers to deliver advancements that will have a big impact on a golfer’s game. The MP-25 line will hit stores in September 2015.

“Introducing Boron into the classic MP line is a game changer. Boron enables more opportunities for our R&D team to push the limits of a forged ‘players’ iron to increase ball speeds, distance and playability while staying true to the signature Mizuno look and feel,” said Chuck Couch, Vice President of Product Development, Golf Division, Mizuno USA. “Over a decade in the making, the use of Boron will maintain our long-standing history of delivering ‘players’ irons that provide golfers the confidence and shot-making ability to perform at their best.”

The new MP-25’s are a high ball-speed iron specifically designed for tour players down to the low- to mid-handicap amateurs. Using the power of boron rather than cramming “distance technology” into a larger head iron, Mizuno engineers introduced Micro Slot technology, a hidden pocket cavity, in the MP-25 irons. Found in the long-irons (three- through six-iron), Micro Slot technology allows for greater club face flex encouraging greater, consistent ball speeds and more distance while still delivering on the world-class solid and consistent feel of Mizuno.

Similar to its MP predecessors, the MP-25 irons are Grain-Flow Forged from a single billet of 1025 Boron steel. True to Mizuno style the new irons maintain sleek aesthetics at address, with a tour-dictated head profile and thinner top line. The “scoring” irons (seven-iron through pitching wedge) are designed with solid 1025 Boron Muscle Design for an enhanced feel and shot-making ability to pin seek from any lie.

*Starting September 2015, there will be no upcharge on steel shaft or custom grips for all Mizuno irons.

The MP-25 line of Boron infused irons will be available for pre-sale and demo through Mizuno’s Performance Fitting System (PFS) cart. The irons will be on shelves at golf and sporting goods retailers on September 18, 2015. 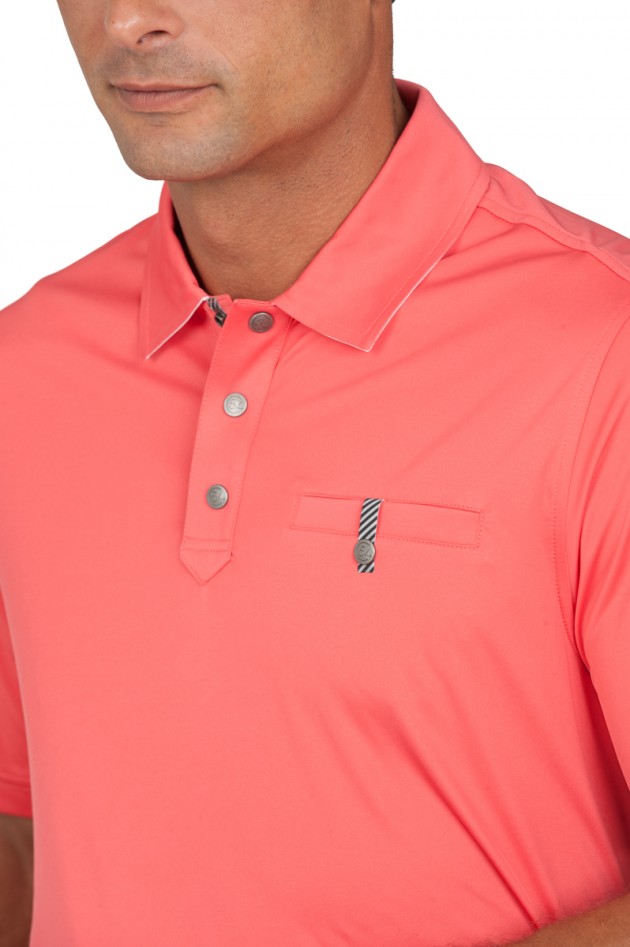 CHASE54, the growing apparel brand named for the pursuit of golf’s perfect score, has launched its FALL 2015 collection online. In addition to three groupings each for men and women, the brand highlights its new ELEMENTS basics group and FUSION54 family of technologies. The new collection incorporates its new branding launched at the PGA Show in Orlando with special details featuring the new logo and tagline.

FALL 2015 pays tribute to world-class golf, travel and adventure destinations. This focus aligns with modern fashion trends and creative synergies from around the world. For women, inspiration comes from Zimbabwe, Colombia and Lumbok, Indonesia. For men, the style inspiration comes from South Africa, Anguilla and French Polynesia. There is a nod to festivity in the prints, celebrating the introduction of a new brand and new era for CHASE54.

“We’re beyond thrilled to finally offer this new collection online with our sophisticated new brand look and feel,” says Lulu Faddis, Chief Designer and Creative Director. “I believe people are going to be awe-struck by this stunning collection and even more impressed when they feel the fabrics and new FUSION54 technologies,” she adds. “Online shoppers and consumers who shop at clubs carrying CHASE54 are in for a real treat,” Faddis says.

FEATURED NEW ITEMS:
Women’s “Republic Jacket” in Angora – MSRP: $104.95
A supreme statement maker on and off the course. Dress to impress whether at work, playing a round or out with the ladies. The long-sleeve jacket features perforation on the front, back and sleeve panels. This lifestyle piece is created with a polyester/spandex blend that offers exceptional four-way stretch.

Men’s “Merci Polo” in Beryl – MSRP: $74.95
Ultra fine yarns come together in this micropolyester garment to bring macroperformance. CHASE54 FeatherFuze™ high-gauge fabric is featherweight, moisture wicking with unbeatable stretch and also offers UPF40 protection. It keeps you cool and dry and to top it off, features an ultra-soft hand. With reflective tape trim and a CHASE54 perforated NEW logo at the back collar for additional ventilation, he’ll be thanking you as he heads out on course.

Foster City, CA (September 1, 2015) – Loudmouth Golf, the worldwide leader in bold and bright golf and lifestyle apparel, has announced the release of two new pre-fall designs. The two season specific patterns are designed to be worn from the office to the tee-box, and everywhere in between and after. Introducing the two new patterns:

“Freeport” – Every year we like to come out with a plaid using a non-traditional colorway. This year we used our sea foam green color (Cockatoo) found in the tropical waters off the Bahamian coast of Freeport.

“Bandanas” – From the urban streets of New York, to a country music festival, to a biker bar, Bandanas will make you want to giddy up or ride (and golf!).

“These two designs are classic American patterns in great transitional colors to take us from summer to fall,” says Loudmouth Founder & Designer, Woody. “Freeport will appeal to people that like the golf design staple, ‘plaid,’ albeit with a outsized look. People that are a little more rebellious will love Bandanas!”

Freeport and Bandanas are available for both men and women in pants, shorts, skorts, capris and mini-shorts. In addition to our stocked sizes, Loudmouth offers Made-to-Order (MTO) clothes, which lets customers customize the waist size and length of their garment to provide the ultimate fit. Loudmouth pants, shorts, skorts and mini-shorts are all made in 97% cotton and 3% spandex.