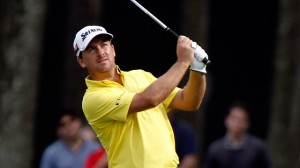 SHANGHAI (AP) — The HSBC Champions has a familiar look to Graeme McDowell, with a few exceptions.

He goes into the weekend at Sheshan International in contention for a World Golf Championship, with Ian Poulter and a big-hitting American alongside. Only, now, the American is Masters champion Bubba Watson — not Dustin Johnson, who overpowered the course on his way to victory last year.

And at least this time, McDowell has the lead. 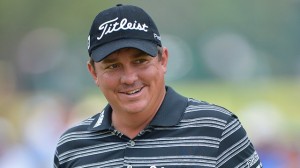 Jason Dufner is in the field this week at the WGC-HSBC Champions. It’s his second start in as many weeks — his first two starts on the PGA Tour since being forced to withdraw with injury at the PGA Championship in August.

So, naturally, there was going to be a little rust.

Dufner had a respectable T26 last week in Malaysia at the CIMB Classic and is hoping to improve on that this week in Shanghai. 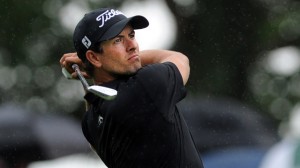 SHANGHAI — As far as caddies are concerned, this might as well be the Adam Scott sweepstakes.

Scott is in the market for a new caddie after Steve Williams headed off into semi-retirement. There figured to be a long line of candidates to work for the former Masters champion, who is No. 2 in the world and regarded as one of the most congenial players in golf.

He just never expected so many — and from so many walks of life.