Golf News for November 26, 2013 from PluggedInGolf.com 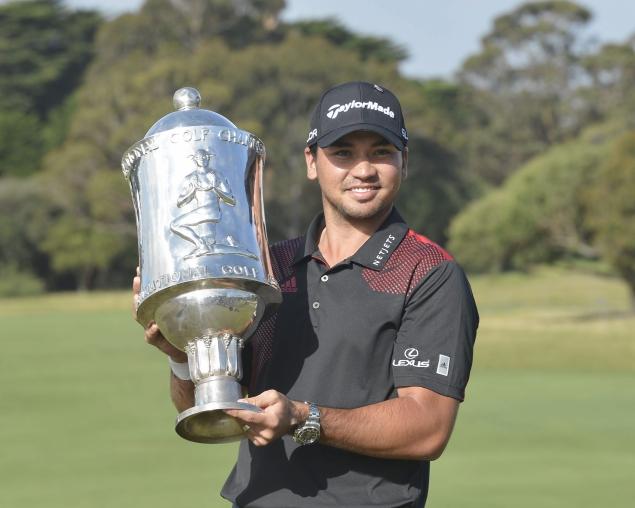 Fourth career professional win for 26-year-old Day
CARLSBAD, Calif. (November 24, 2013) – After nearly withdrawing due to the devastation caused by Typhoon Haiyan in the Philippines which included the loss of eight of his relatives, TaylorMade-adidas Golf Tour Staff professional and Australian native Jason Day played his first tournament in five weeks with a heavy heart, winning the ISPS HANDA World Cup of Golf over a group of the world’s top players at the Royal Melbourne Golf Club in Melbourne, Victoria, Australia. With a final score of 68-70-66-70-274, Day, playing TaylorMade equipment and wearing adidas Golf apparel and adizero Tour footwear, was consistent off the tee with the R1 driver and precise around the greens en route to an emotionally-charged two-shot victory.

Battling windy conditions and pressure from some of the top players in the world, Day made the most of his one-shot lead at the start of the final round, holing out for eagle on the sixth hole and never looked back. The win marked the fourth career professional victory for Day and his first since winning the 2010 Byron Nelson Championship. In addition to winning the individual title, Day also captured the team portion of the World Cup as a member of Team Australia.

The lightest tour performance shoe adidas Golf has ever created, the adizero Tour is the company’s top-selling model globally and worn by many adidas Golf tour staff professionals in competition.

AMERICAN GLORY: Stacy Lewis knows the importance of every stroke, every fraction of a point. So when LPGA commissioner Mike Whan rounded up Lewis’ scoring average to 69.5, she quickly pointed out that it was actually 69.48, the eighth-lowest scoring average in LPGA history.

Lewis became the first American since Beth Daniel (1994) to win the Vare Trophy for lowest scoring average. The award highlights the consistency of Lewis’ year.

“As Americans we hear about that all the time, it’s been 18 years or it’s been 20 years or whatever it is,” Lewis said. “I’m just glad to have that kind of checked off the list. We’ve got to get American golf on the map.”

Lewis started the week playing alongside the only two players who could overtake her and win the Vare: Suzann Pettersen and Inbee Park. She needed to beat Pettersen by nine strokes this week to take the title and went into the weekend tied with the fiery Norwegian.

Daniel remembers the Vare race going down to the wire in 1994 and found herself counting strokes.

“It totally throws you out of your game and your rhythm and your thought process,” Daniel said. “I could feel was she was feeling this week.”

We are approaching the busiest weekend of the year for online retailers and this year IJP Design has some great offerings to make Thanks Giving and Black Friday special.

This Wednesday and Thursday we will be giving away a signed Ian Poulter photo with every order over $120.

Also on Thursday Ian will be sending out a Thanks Giving message to all Clubhouse members – Make sure you are a member: www.ijpusa.com/clubhouse

Our Black Friday deals are better than ever and we have a deal every hour starting at 6am EST for a full 12 hours but when they’re gone they’re gone!

Saturday we are continuing the great offers with our ‘Mini Black Saturday’ including special deals on our junior collection. Then on Monday we will be giving away some great stocking fillers with all orders over $120.