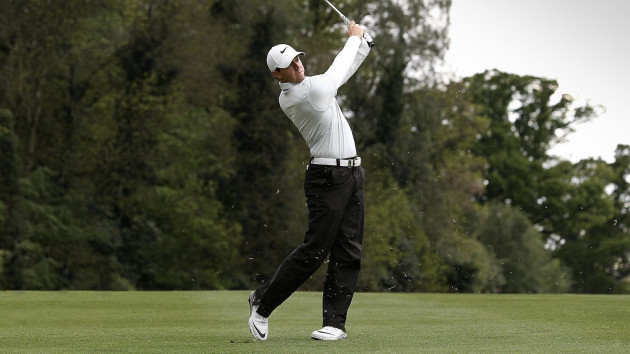 Four-time Major champion Rory McIlroy bested the inclement weather conditions and a fiercely competitive field to win the Dubai Duty Free Irish Open, hosted by The Rory Foundation, and claim his first victory of the season.

Cheered by passionate Irish fans at the famed K Club in County Kildare, McIlroy secured the win on the final three holes. Standing with a one-shot deficit on the par-five 16th hole, he fired an awe-inspiring shot with a Nike Vapor Speed fairway metal from 271 yards to the green, walking off with a two-putt birdie. A par four followed before a precise 253-yard approach to the par-five 18th nestled two feet from the cup. McIlroy holed out for eagle to win the tournament by three strokes.

“I don’t know if I can put it into words,” McIlroy declares. “As you’ve seen over the years, I don’t really get emotional when I win but I was trying to hold back the tears there on the 18th green. I looked up, saw all my friends and family, and to win in front of them — I don’t get a chance to play in front of my home fans very often — so to play like that and to finish like that… I’ll never forget it.”

The Northern Irishman was outfitted head to toe in Nike Golf apparel, footwear and equipment. His work off the tee with the Nike Vapor Fly Pro driver was impressive all week, averaging 293 yards in distance. He also finished top in greens in regulation.

McIlroy relied on the stability offered by the RZN Tour Platinum golf ball as he tackled the wind and the rain. Four key technologies — RZN 4.0, Speedlock X Core, Speedlock Mantle and Flight Suit Cover — combine to offer added yardage and a softer feel, versus the previous RZN Platinum ball.

The tournament was hosted by The Rory Foundation, a non-profit charitable trust that seeks to advance opportunity and lasting change for children suffering from ill health, who are unfairly disadvantaged or vulnerable to life’s circumstances. McIlroy will be donating his winner’s prize fund to the foundation.

“The ovation I got when the ball landed on the 16th green sent shivers down my spine. It’s just incredible to play in front of these crowds; they’re so knowledgeable about their golf and, come rain or shine, they come out in droves to support. For everyone who is watching at home and everyone who is here, thank you for supporting this event. It means an awful lot to the players, but it means an awful lot to everyone else and buying a ticket this week goes a long way to helping children who really need it,” McIlroy adds. 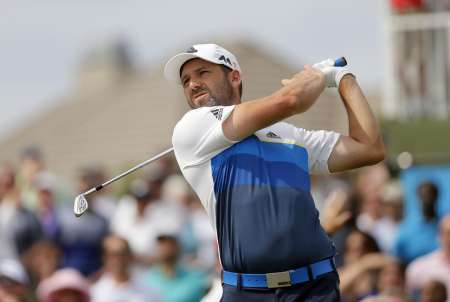 The 36-year-old native of Castellon won with a par on the first hole of sudden death, after his 15-under par in regulation on rounds of 63-66-68-68—265, playing his first 44 holes bogey-free.  The victory was his ninth on the PGA TOUR, tying him with countryman Seve Ballesteros, and paid $1,314,000. It was his second time winning the Nelson.

“Nippon Shaft would like to congratulate the 2016 Byron Nelson champion, who is known as one of the game’s top iron players,” said Hiro Fukuda, sales and marketing for Nippon Shaft.  “He has been playing Nippon Shaft for several years, and our company is honored that a player now ranked No. 12 in the world continues to entrust his game with Nippon Shaft products.”

He currently is ranked fifth in Ryder Cup points. He hits 71.89 percent of his greens in regulation, third-best on the PGA TOUR.

In addition, more than 70 players used Nippon Shaft N.S. PRO MODUS³ WEDGE shafts, which were designed exclusively for wedges, utilizing unique technologies that contribute to high levels of stability and feel in the short game.  The WEDGE shafts were released to the public in March of 2015.

San Francisco, May 23, 2016 – Are you good at picking the winners of golf championships? Then GAME GOLF, makers of the world’s most accurate and technologically advanced wearable, real-time shot tracker, want you to win up to $1 million, along with other terrific prizes.

Golfers can sign up for the giveaway starting on May 23 (no purchase necessary). Golfers visit GAMEGOLF.com to register for the $1 Million GAME GOLF Giveaway and the chance to be chosen to guess the winning player of each of the following championships this summer: U.S. Open (June 16-19), The 145th Open Royal Troon (July 21-24), The PGA Championship (July 28-31), plus the Deutsche Bank Championship (September 2-5).

One week before each of the events, one person will be chosen from all entrants to pick the golfer whom they think will win the event and their total score. If they choose the correct winner, they win $5,000; and if they guess that golfer’s cumulative score over four days (e.g. 279), they win $250,000. If no one wins, the $250,000 rolls to the next event. How do you improve your chances of being chosen to guess the winning players? Golfers can refer a friend to enter the promotion or download the GAME GOLF app to receive additional entries.

Additionally, each week during the promotion, there is a chance to be chosen to win weekly prizes like meet and greets with PGA Tour players Graeme McDowell, Jim Furyk and Lee Westwood and other prizes from some of the biggest names in the golf and technology world. To qualify for the weekly prize giveaways, you have to upload a round of golf using GAME GOLF LIVE, GAME GOLF CLASSIC or the free apps. Golfers improve their chances of winning the weekly prizes the more rounds they upload.

The platform has captured data on more than 68 million golf shots from more than 830,000 rounds of golf on over 33,000 courses worldwide.