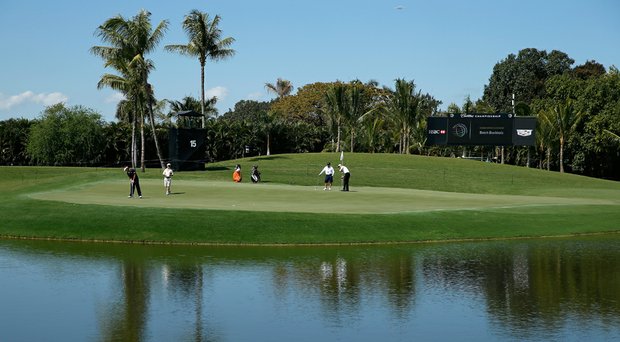 The new-look Doral already a winner

Even before the first round is completed it was obvious who the winner was at this year’s WGC-Cadillac Championship. They might as well already hand the trophy over to The Blue Monster. That’s because the newly rebuilt resort course, designed by Dick Wilson home to a PGA Tour event continuously since 1962, has come through a major overhaul and emerged dramatically improved.

Credit goes to resort owner Donald Trump Sr. and his vision for what had become a tired old resort. And kudos, as well, to architect Gil Hanse and his associate, Jim Wagner, for throwing themselves into a project that started the day after last’s year’s WGC and has now seen the place – including the clubhouse, grounds and landscape, as well as golf course – revolutionized in the process. The golf course renovation alone cost $13 million. That’s a lot of money. But now Doral-Blue Monster is a lot more golf course.

Read the rest of the article HERE and also see a hole-by-hole preview. 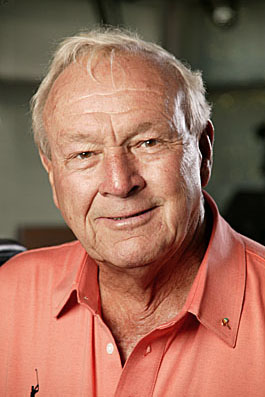 ORLANDO, Fla. (March 6, 2014) – Golf Channel’s primetime television event, Arnie, begins with the questions: “How do you tell a story of a life that’s larger than life? How do you find a way to put together all the memories, all the accomplishments, all the impact? And do what a story is supposed to do? And ensure it lasts forever? Someday – even decades – maybe centuries from now, they’ll hear the name Arnold Palmer and they’ll want to know everything.”

Arnie showcases how the golfing legend revolutionized and transcended the game to become one of the most beloved figures in sports history. Arnie, a three-night television event, will air on consecutive nights at 10 p.m. ET from Sunday, April 13, following Golf Channel’s Live From the Masters, through Tuesday, April 15.

Carlsbad, Calif. (March 4, 2014) – adidas Golf and USA GOLF® Federation today announced that adidas Golf, an industry leader in innovation, technology and performance footwear and apparel, has been named the official uniform provider for the athletes, coaches and staff of USA GOLF. USA GOLF is the national governing body for golf that will select and manage the USA GOLF team when golf returns to the Olympic Games in Brazil in 2016.

In addition to outfitting the men and women of the USA GOLF Team, adidas Golf will develop a line of USA GOLF-branded apparel that will be introduced to the marketplace in late 2014.