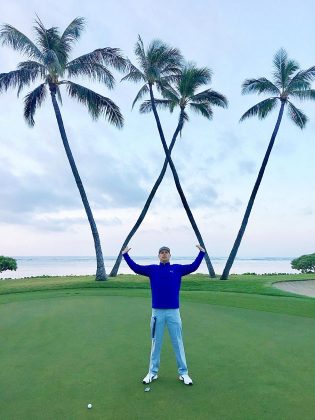 CARLSBAD, Calif. (January 26, 2017) PUMA Golf announced today that Ben Crane, professional golfer and five time winner on the PGA TOUR, has joined the brands impressive roster of athletes that includes, among others, Rickie Fowler, Graham DeLaet, Bryson DeChambeau, Lexi Thompson and Jonas Blixt. Crane kicked off his 2017 season with PUMA Golf and will continue to wear apparel, footwear and accessories on Tour, including when he tees it up at this weeks’ Farmers Insurance Open where he is a past champion.

“Ben brings talent, swagger, style and a whole lot of personality to the team, which is a great fit for the PUMA Golf brand and our message of Game Enjoyment,” said Bob Philion, President & CEO of COBRA PUMA GOLF. “We are really excited to have him on the team for the next stage of his career.”

Crane has won eight career titles since he turned professional in 1999. His first win on the PGA Tour was at the BellSouth Classic in 2003, followed up by winning the 2005 US Bank Championship in Milwaukee. After missing a few seasons due to injury, in 2010 he won the Farmers Insurance Open at Torrey Pines, and the CIMB Asia Pacific Classic Malaysia, an event co-sanctioned by the PGA Tour.  Additionally, he won the 2011 McGladrey Classic and the 2014 FedEx St. Jude Classic. Crane is also one of four golfers and founder of the PGA TOUR “boy band” Golf Boys, with fellow COBRA PUMA GOLF athlete, Rickie Fowler.

“I think my coolness factor goes up a little wearing PUMA Golf apparel, footwear and accessories,” said Crane. “They have fun, stylish apparel that helps me look good and still perform my best on course. I look forward to representing the brand on Tour in 2017 and beyond.”

Crane will be sporting pieces from brands Spring/Summer ’17 collection for men that delivers the perfect balance of sport, lifestyle and fashion for on and off course wear, helping golfers Look Better, Feel Better and Play Better. The line boasts re-imagined essentials, next-gen materials, sophisticated, yet fun detailing and an evolved color palate that is sure to suite the style and performance preferences of a wide range of golfers. See the collection here: http://www.cobragolf.com/pumagolf/collections/ss17.

SILVIES, OREGON – January 25, 2017 – The image of the American West brings to mind renegade spirits who value straight forwardness, tradition, resilience and a comedic sense of relaxation. For the traveler seeking an undiscovered Western retreat, Silvies Valley Ranch, a storied operating cattle ranch and resort located in Silvies, Oregon, is just that.

Opening in July 2017, the new frontier boutique resort will merge luxury and relaxation with an authentic Western ranch experience. Located along historic U.S. Route 395 near Burns, Ore. and designed in partnership with the Campbell family, who have roots in the area dating back to 1863, The Retreat at Silvies Valley Ranch will bring the Western mystique of the region to an intimate scale, full-service resort complete with lodging, two reversible 18-hole golf courses, multiple delicious and unique dining options, exclusive outdoor experiences, a spa (to open in 2018), and a private airstrip for guests looking to fly directly onto the property.

Founded in 1883, Silvies Valley Ranch is a modern-day working ranch that raises certified, organic cattle and American Range goats using riding and driving horses. The ranch adheres to sustainable agricultural practices and is recognized as a top producer in the world. Western adventures such as shooting, cattle roundup, goat herding, fishing, exploring, wagon rides, Indian cave tours and Western gourmet dining can all be found on the ranch – defining the overall serenity and impression that makes Silvies Valley Ranch a must-see destination for visitors far and wide.

“Silvies Valley Ranch has been Western America’s best kept secret for more than 130 years. Our family has had the opportunity to relish in the breathtaking vistas, abundance of wildlife and natural beauty of this region for generations, and we are eager to share our experience with the rest of the world,” said Dr. Scott Campbell. “Our hope is that guests from across the globe will be drawn to the property through golf and outdoor activities, fostering a connection with the natural beauty of the landscape; a place that we have had the privilege to call home for so many years and helping to recover the local economy.” 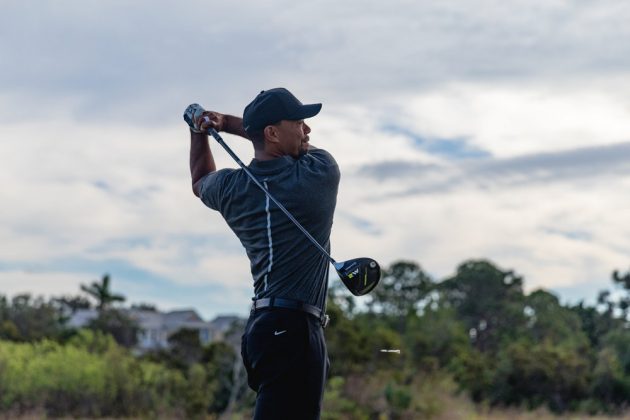 Carlsbad, Calif. (January 25, 2017) – TaylorMade Golf Company, maker of the most-played driver on the PGA TOUR for 16 years and counting and an industry leader in product innovation and technology, announced today a multi-year contract has been reached with one of the most accomplished athletes in history, Tiger Woods.

Tiger will play TaylorMade’s driver, fairway woods, irons and wedges. The signing is a definitive move by the company that reaffirms its ongoing commitment to fielding the strongest Tour staff in the industry and putting the highest performing equipment in the hands of the best players in the world.

You can read the rest of the press release on our site here. 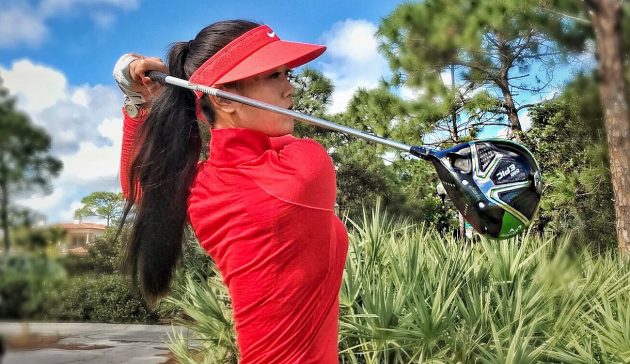 Callaway officially announced that it has reached a Staff Pro agreement with LPGA Tour star Michelle Wie. In addition to being one of the most popular players in the sport, and of its greatest phenoms ever, Wie has been one of the most accomplished players on the LPGA since joining the Tour full-time in 2009.

Since playing full-time on the LPGA Tour, Wie has won 4 times, highlighted by her major victory at the U.S. Women’s open, been among the top-ranked players in the world, and competed on 4 U.S. Solheim Cup teams. She’s also known for being one of the longest hitters on the Tour, and one of its biggest stars both inside the ropes and while engaging her fans through social media.

“Joining Callaway feels like a natural partnership,” Wie said. “I believe that they make the best equipment in golf, and that their clubs are really going to help me have a great year. I also admire how they make the game fun and accessible to fans, and make them feel like they are part of the experience. That’s something that’s really important to me.”