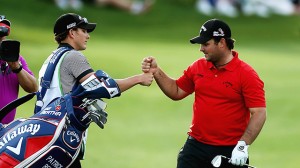 After shooting three straight 9-under 63s to open a seven-stroke lead, Reed had a 1-under 71 on Sunday at PGA West’s Arnold Palmer Private Course to beat Ryan Palmer by two strokes.

“It was tough out there,” Reed said.

Finally resembling the guy who talked Saturday about being in a “putting coma,” Reed ran in an 18-footer for birdie on the par-3 15th to push his advantage to three strokes and parred the final three holes. He completed the wire-to-wire victory at 28-under 260.

“I started toward the end playing for par, just because I knew pars weren’t going to hurt me,” Reed said. “I knew someone was going to have to do something spectacular to catch me.”

The 23-year-old Reed has two victories in his first 46 PGA Tour starts, winning the Wyndham Championship in August. He was projected to jump from 73rd to 42nd in the world ranking, enough to lock up a spot next month in the 64-man Match Play Championship field.

Palmer made a 15-foot eagle putt on the final hole for a 63.

“What can you do with what Patrick did this week?” Palmer said. “It’s ridiculous what he did. Amazing how good he played. We’ll come up a couple short, but it was a win in my game because I was playing for second today.”

Zach Johnson and Justin Leonard tied for third at 25 under. Johnson birdied the final five holes for a 62, the best round of the week.

“I got red hot at the end,” Johnson said. “I played really good early, missed a couple putts, but I made a bunch at the end.”

The Kapalua winner is taking a four-week break. He’ll return for the Match Play event in Arizona.

“I know it’s a necessity, I know it’s good for me, it’s good for my family, but I’m also hesitant because I’m playing well,” Johnson said. “Hopefully, I can maintain where I’m at. Maintain my posture and my fundamentals, and that sort of thing, and come back out here in Tucson ready to go.”

Leonard parred his last two for a 65.

“It’s a great week,” Leonard said. “Would love to have made a few more putts today, but it’s such a fun journey. I’m cutting my schedule back this year and all this does is kind of free me up to do that.”

Other than key 18-footer on No. 15, the longest putt Reed holed was a 5-footer for a par save on the par-4 13th. That also was a crucial putt after he played the previous eight holes in 1 over with four bogeys, three birdies and a par. 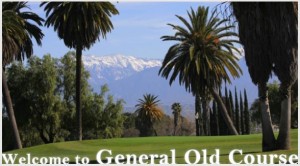 CALIFORNIA COURSE
General Old Course in Riverside, CA.
One round of golf w/cart for $22.50 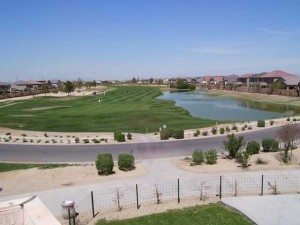 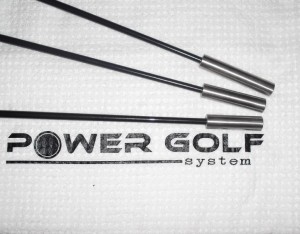 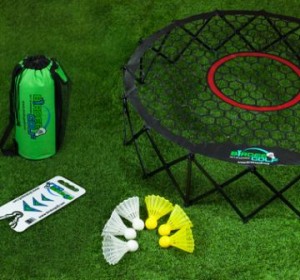 Birdee Golf
One Birdee Tailgate for $45.00 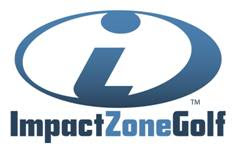 Disc 5, titled “High-Speed,” uses high-speed, Super Slo-Motion video to capture Clampett’s swing on virtually every shot imaginable. Clampett demonstrates how he applies the Impact Zone 5 Dynamics in putts, chips, irons, woods and drives in an engaging presentation, while offering helpful clues that will improve your game.

In Disc 6, titled “Clubhead Lag,” follow Clampett through his personal journey of how he became the “King of Lag” and reveals the secrets to increasing clubhead lag in the golf swing. Through the lens of high-speed, Super Slo-Motion footage, Clampett presents a series of drills that will increase lag, transforming your swing into one of effortless power and accuracy.

The companion videos are specially designed for the intermediate to advanced golfer, and particularly helpful to “visual learners.”  Each DVD is available for $39.95.

“The Impact Zone Training System” completely changes the way golfers and instructors perceive and interpret each golfer’s swing. Clampett challenges the widely accepted theory of golf instruction that is too concerned with a golfer’s swing style, while overlooking its results and effectiveness. “Impact-Based” instruction puts the emphasis where it should be, Clampett professes: on consistently good shots and lower scores.

Clampett, who will appear at the annual PGA Merchandise Show, Jan. 22-25 (Booth 1159F) and Demo Day on Jan. 21, in Orlando, Fla., founded Impact Zone Golf in 2009 largely in response to golf professionals who wanted to teach the method, as well as golfers who inquired about taking lessons, based on what they learned in his book, which was published in 2007.

Clampett recently became the first PGA Tour professional to earn his certification as PGA Master Professional of Teaching and Coaching, which is the PGA of America’s highest educational honor. This year Clampett is scheduling private golf instruction for the first time in his teaching career, with sessions available when he is not competing on the Champions Tour, or on assignment as a television golf broadcaster.

On the air with CBS Sports since 1991, Clampett remains competitive on the Champions Tour, having earned more than $1 million and accumulating seven top 5 finishes, going into the 2014 season.

The original DVD set presents Clampett’s tips and drills that are designed to produce more consistent golf shots and explains in detail the “Five Key Dynamics” to becoming a great ball-striker:

2. Four Inches in Front of the Ball Swing Bottom

Another segment of the DVD program centers on an actual golf clinic given by Clampett, who teaches amateur golfers about “The Impact Zone Training System” and why it renders swing style teaching irrelevant.  Using the examples of great champions, such as Lee Trevino, Jim Furyk, Dustin Johnson and Corey Pavin, Clampett explains why the only truly important concept is impact.  And he teaches all golfers, regardless of skill or handicap, how to improve their impact until it is consistent — and consistently good. 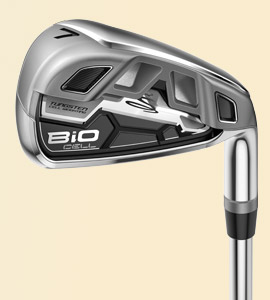 “The response to our BiO CELL family of products announced in November has been extremely positive,” said Jose Miraflor, director of product marketing at COBRA Golf. “Based on this encouraging feedback, we’re thrilled to expand the line with our BiO CELL+ product, Tour-inspired and designed for the pros.”

The COBRA BiO CELL+ Irons (Steel Set MAP: $799) are available now for pre-order at www.cobragolf.com and will begin shipping Feb. 7. Features include: 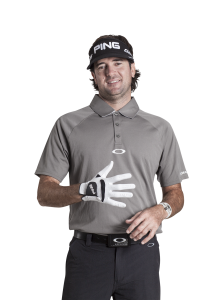 annual donation to the Bubba Watson Foundation, based on the number of gloves sold. Watson

Sensor Cool, a proprietary technology that wicks moisture away to keep the golfer cooler, drier

and more comfortable. The gloves will be available in mid-February at PING-authorized golf

“Instead of a traditional endorsement agreement, we’ll contribute to Bubba’s foundation

annually,” said John A. Solheim, PING Chairman & CEO. “It was Bubba’s idea and it fits

communities. Bubba and his wife Angie have big hearts, and this arrangement will help them

further their efforts. At the same time, Bubba will be out on tour representing what we feel is the

best line of golf gloves in the industry.”

Specific terms of the agreement were not released, but Solheim said the amount of the donation

is tied to overall glove sales.

time help raise funds for my foundation,” Watson said. “My wife Angie and I want to use golf to

assist those less fortunate. PING also believes in using the game to give back, so it’s a great

opportunity for us to combine our efforts and support charities around the world. The more

gloves we sell, the more people we’ll help. I hope golfers get behind this program. They’ll get a

Solheim said the gloves were researched, tested and designed at PING. “We engineered

a superior fit and feel by combining the lightest, softest materials with enhanced flexibility.

analyzed every detail to optimize comfort and performance. Plus, we were able to give golfers

a variety of styles to choose from. As with clubs, players should wear a glove that feels custom- made and fits their game.”

models of PING headwear.) “Sensor Cool is a cutting-edge innovation that keeps the golfer

more comfortable and provides long-lasting performance,” he said. “In our Sensor Tech model,

we use a high-quality synthetic leather to offer extreme durability in all weather conditions, more

Lycra, and a reinforced palm for a secure grip.”