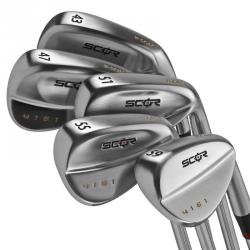 (Victoria, TX: February 6, 2014) – SCOR™ Golf today announced that its innovative SCOR4161 line of scoring clubs are once again included in the prestigious Golf Digest Hot List for 2014.    The Hot List is the annual process that arrives at the most comprehensive ranking of the best new clubs in golf.  The SCOR4161 line of scoring clubs won a silver award in the wedges category with four and one half stars in “performance,” four stars in “look/sound/feel” and “innovation.”

“We are once again honored by Golf Digest’s recognition as a leader in the scoring club category for the third year in a row,” said Terry Koehler, President of SCOR™ Golf.  “The judging panel for the Hot List includes some of the industry’s leading experts as well as a representation of the ‘everyman’ golfer.  For SCOR™ Golf to be recognized by the Hot List is great testament to our innovation, technology, and performance for golfers of all skill levels.”

“Our inclusion in the 2014 Hot List confirms what we have set out to do- SCOR4161 is having the same impact on the short end of the iron set as hybrids have had on the long end,” added Koehler.  “It’s not often that a revolution comes along in this industry, but the reception by the Hot List raters and our breakthrough testing on Iron Byron indicates that SCOR4161 is just such a product.”

-“SCOR makes an impressive argument for rethinking all your clubs with more than 40 degrees of loft.”
-“Nice, compact head”
-“Easy to maneuver around the greens”
-“You can hit it where you want to”
-“Easy to control the distance”
-“On full shots, there’s a boring trajectory”

“At SCOR Golf, we’ve taken a completely different approach to the scoring clubs, those clubs in our bags with over 40 degrees of loft,” explained Koehler.  “In the modern power game, golfers are held back by ‘wedge’ designs that have not significantly changed in over 50 years.  And we’ve seen Iron Byron testing that proves that short irons that are made to look like a 6-iron just do not provide precision distance control.   SCOR4161’s package of innovative technologies allow every golfer to put together just the right set of precision scoring clubs that will deliver improved distance control and better accuracy while offering optimum forgiveness.  In addition, SCOR4161 delivers better spin with new groove geometry and extraordinary feel.  We know that golfers will reap the benefits through lower scores.” 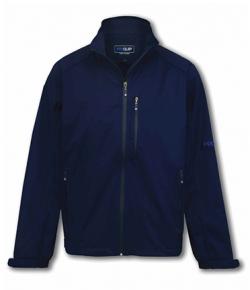 Marblehead, Mass. (February 7, 2014) – With rain in the forecast for the AT&T Pebble Beach National Pro-Am, participants could be digging into their golf bags for a crumpled, neglected rainsuit.

But, for the regular, year-round caddies at Pebble Beach Golf Links, they’ll be wearing an old friend, the rainsuit they wear on any inclement day at one of the world’s most spectacular golf courses…a ProQuip Ultralite Tour rain jacket and trousers.

ProQuip has been the official weatherwear provider for the Pebble Beach Golf Links caddies for the last three years. And at a place where the weather can be fickle, the annual renewal is telling of the ability of ProQuip to keep the caddies warm and dry.

“We are thoroughly honored to gain such consistent acceptance by perhaps the most discerning group of caddies in the United States when it comes to weatherwear,” says Peter Dalton, CEO of ProQuip USA. “We wish them sunny skies for the tournament, but know they’ll be comfortable and functional should weather conditions turn dodgy.”

ProQuip is widely regarded as the inventor of the modern day rainsuit in 1981. Over the years, the Edinburgh, Scotland-based company has earned the trust of thousands of amateur and professional golfers, including 19 of the last 30 Ryder Cup Teams – both European and American. This fall ProQuip will outfit its 20th team as the Preferred Supplier to the 2014 European Ryder Cup Team at Gleneagles, Scotland.

(Franklin, TN – FOR IMMEDIATE RELEASE)  The 2014 PGA Merchandise Show was a huge success for the SeeMore Putter Company.  During the show SPi certification was going on daily with new instructors joining the program throughout the week.  Also continuing education was being held to current SPi instructors to learn more detailed information about the putting stroke from SPi Global Ambassador – Pat O’Brien, SPi Director of Instruction – Ted Gallina and Lead SPi Instructor – Cody Hale.  Guest SPi instructors visited the booth daily to tell of their experiences of SPi to future instructors joining the program.   During the 2014 PGA Merchandise Show 25 current SPi instructors receive continued education training and 55 new instructors become certified into the SeeMore Putter Institute.

SeeMore Putter Institute SeeMore has launched the SeeMore Putting system to golfers in the form of introducing the SeeMore Putter Institute (SPi), where golfers and instructors will be able to come together in person and online to share these fundamental ideas about how to improve putting performance.  Presently over 315 global instructors are utilizing SPi to generate more lessons, more revenue and more game improvement!
SPi is a learning system based on the simple fundamentals of finding the proper grip, alignment, stance, and posture.  This allows for a natural, free, and simple putting stroke on each and every putt.  It is based on the technology built into the SeeMore putter itself, and on the refined teachings of SeeMore Global Ambassador Pat O’Brien.  O’Brien has worked with Zach Johnson, and many other PGA Tour and developing players.  O’Brien has been teaching the SeeMore System around the world for more than 12 years, ever since he watched his good friend, the late Payne Stewart benefit from the SeeMore putting system to win 1999 US Open and lead the tour in putting statistics that year.

Becoming SPi Certified will help golf teachers formulate a complete teaching plan to help their existing students and recruit new students to become great putters using the SeeMore system that has won 2 Major Championships and set numerous putting records on the PGA Tour.  It is a complete game plan, which will give any golf instructor a new level of confidence in the proper teaching and fitting involved in putting instruction. Becoming certified to teach the system initially consists of online training, but also includes personal coaching.

RST Technology SeeMore’s patented RST, known by a visible gun sight on the top line, allows the golfer to set up the putter perfectly each and every time in relation to the intended target line. This is accomplished by lining up the black bottom portion of the shaft between two white lines and covering a signature red dot on the heel of the top line.  The process is like locking radar onto a target.  The two parallel white sight lines frame the shaft and serve as an indicator that the golfer is in perfect position to make a consistent and reliable stroke.