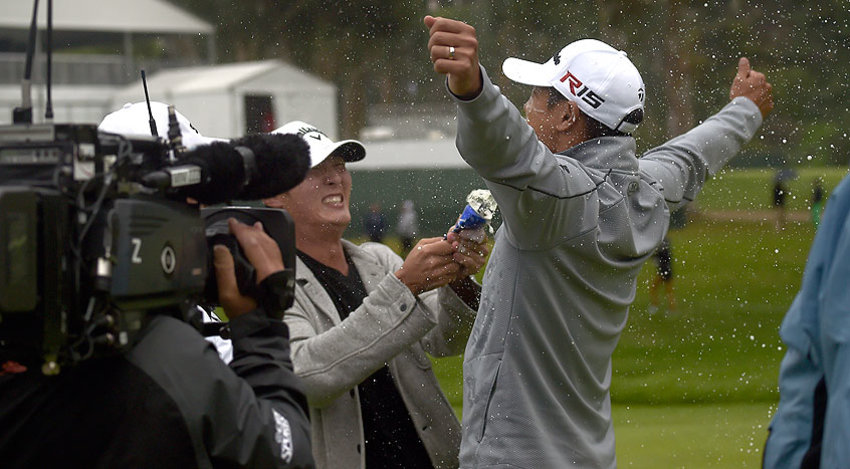 James Hahn has one of the best stories on the PGA TOUR and Sunday’s win gave him a much larger platform to tell it.  Here are a few of the highlights:

• Before he became a PGA TOUR player, Hahn sold women’s shoes, worked at an advertising agency and worked in a pro shop. He played the Korean Tour in 2007 and then made his way to PGA TOUR Canada. A few years later, Hahn had depleted his savings to just over $200. He needed to borrow money to pay his caddie fee and was checking Craigslist for odd jobs. That week he finished eighth and won $3,000 to spark his run to the PGA TOUR.

• In 2009, he four-putted his final hole at Q-School to miss out on his PGA TOUR card. A two-putt would have locked it up.

• On Wednesday, Hahn spoke to his wife about her car, a 2005 Volkswagen Jetta with 130,000 miles on it. He told her Saturday that if he finished top five, he would buy her a new car.

• He has one of the best “dream foursomes” on TOUR: The Rock, Katt Williams and Bernie Mac. 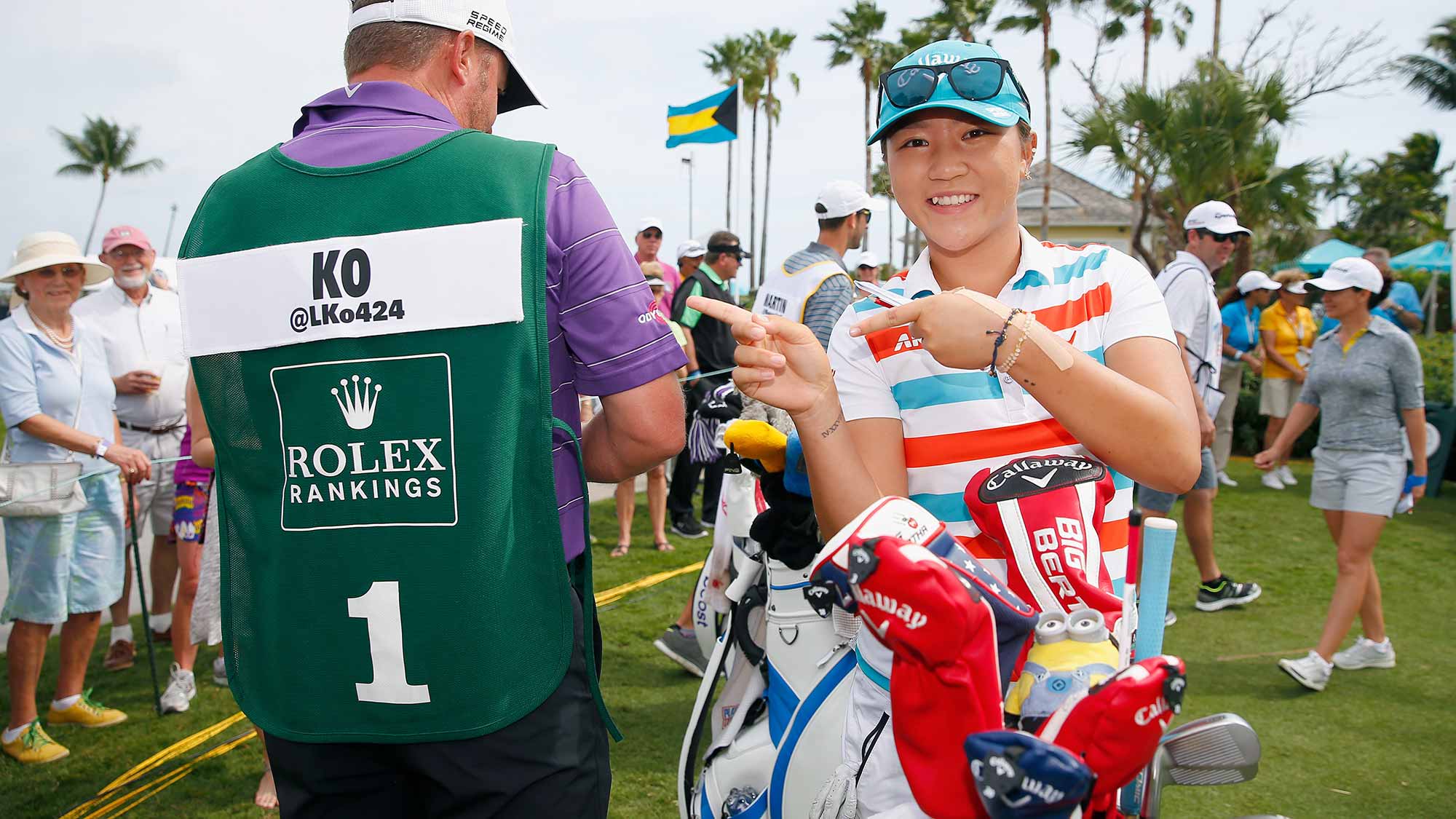 MELBOURNE, Australia – At 17 years old and ranked No. 1 in the world, there’s no template or proper case study for the position Lydia Ko finds herself in as the youngest golfer to reach game’s top perch. So the questions poured in for her on Wednesday at the ISPS Handa Women’s Australian Open when she joined the media in the press room.

The thing everyone wanted to know: Has your life changed since becoming the youngest player – man or woman – to reach No. 1 in golf history, bypassing Tiger Woods by nearly four years?

“Not really,” Ko said when asked. “I’ve only been No. 1 the last two weeks so nothing’s really changed. I try to keep to the same mindset playing in the Bahamas and I finished with a top 10 finish so that was really good. I just have to take every tournament and just concentrate on that because the rankings come afterwards.” 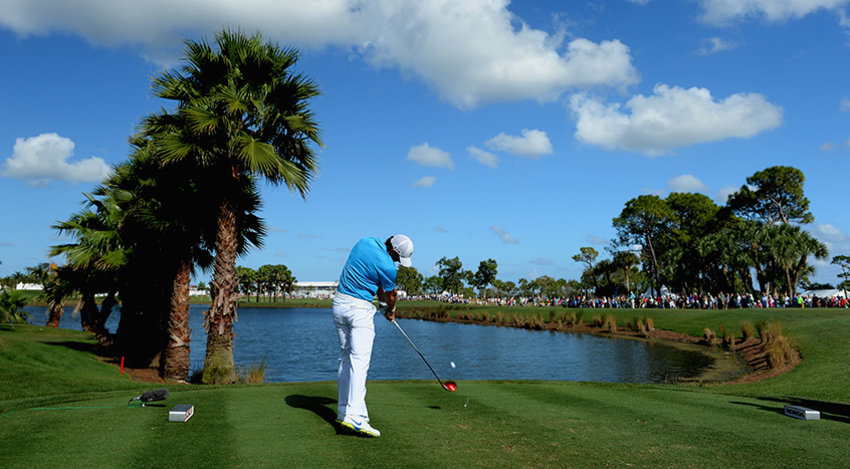 • COURSE: PGA National (Champion), 7,140 yards, par 70. Designed specifically to host major events, the original George & Tom Fazio layout was the site of the 1983 Ryder Cup won by the United States when Lanny Wadkins’ birdie at No.18 against Jose Maria Canizares thwarted a Europe’s challenge. The Champ also staged the 1987 PGA Championship before Jack Nicklaus gave it a redesign in 1990, introducing the testy “Bear Trap” swing of Nos. 15, 16 and 17. The course also staged 19 Senior PGA Championships through 2000, going on competitive hiatus until the Honda arrived in 2007.

• CHARITY: Children’s Healthcare Charity, supporting advances in the diagnosis, treatment and prevention of childhood diseases and disorders. The Nicklaus Children’s Heath Care Foundation is primary beneficiary, with some 60 other nonprofits also receiving grants.

• FIELD WATCH: World No.1 Rory McIlroy, making his first U.S. start since September, heads the strongest 2015 field to date with 16 of the top 25 in the current rankings descending upon South Florida. … No.11 Martin Kaymer, titleholder at both THE PLAYERS and U.S. Open, also arrives for his first start on U.S. soil since last year’s TOUR Championship. … Phil Mickelson seeks a fresh restart at PGA National, returning from a two-week break that followed missed cuts at both Phoenix and Torrey Pines. … In all, no fewer than 17 entrants keep a home within 45 minutes of PGA National, including six of the top 35 in the world rankings. Click here to see the full field for The Honda Classic.

• LAST YEAR: Russell Henley emerged from a wild final round that wound up going to a four-man playoff, using birdie on his second trip through No.18 to beat McIlroy, Ryan Palmer and Russell Knox. McIlroy appeared in control with three holes to play, but took double bogey after hitting into the water at No.16 and failed to save par from a bunker at No.17. He wound up shooting 74, opening the door for the others. Henley carded a 72, overcoming a chunky chip at No.18 with a long two-putt to get into the playoff. Tiger Woods couldn’t finish his final round, withdrawing after 13 holes with lower back pain. It was his next-to-last start before surgery.

• STORYLINES: McIlroy tees it up for the first time since winning the Dubai Desert Classic three weeks ago, part of a run in which he’s also finished second four times in his past six starts. It’s also his first start since settling a prickly lawsuit against his former management company in Dublin. … Dustin Johnson returns to the area he called home until last November, making his fourth consecutive start since returning from his self-imposed leave of absence. He’s two weeks removed from a tie for fourth at Pebble Beach. … Since the Honda moved to PGA National in 2007, the “Bear Trap” has accounted for 18 percent of all bogeys in the event, 33 percent of all double bogeys and 39 percent of all triple bogeys or worse.

• SHORT CHIPS: The Champion course has a slightly different look this year, with four greens expanded and a new green at No.14 to bring a nearby pond into play. The project also replaced all tees, fairways and green surrounds with Celebration bermudagrass, eliminating the need for a Honda overseed. … Henley’s victory, combined with Michael Thompson a year earlier, gave the event its first back-to-back American winners since Justin Leonard and Todd Hamilton in 2003-04 at Mirasol. … It’s the final chance for pros to get into next week’s WGC-Cadillac Championship, with berths awaiting anyone not previously qualified who moves into the world top 50 or FedExCup’s top 10. 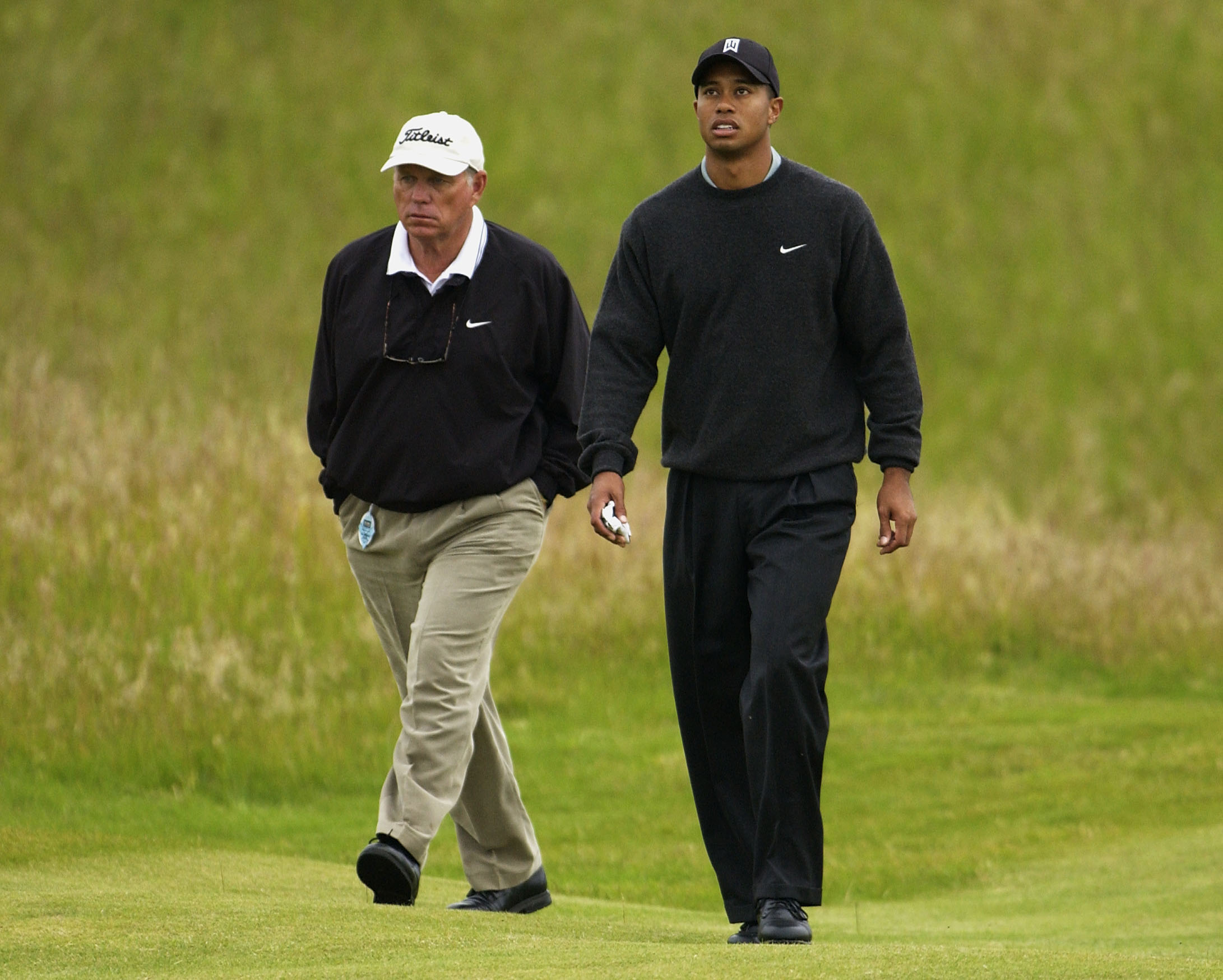 Tiger and Butch, back again?

Maybe, but Tiger will have to make the first move.

According to GolfWorld’s Tim Rosaforte, swing guru Butch Harmon — who was with Tiger Woods for eight of his 14 majors and now works with Phil Mickelson and Rickie Fowler — would help Woods again. The caveat: Woods would need to call Harmon.