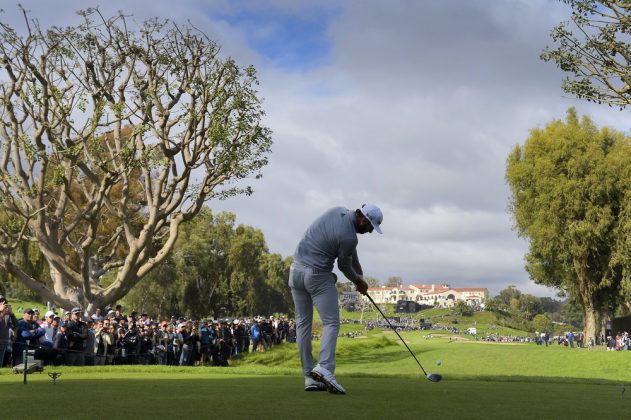 Dustin Johnson becomes World No.1 with win at Genesis Open

Dustin Johnson dominated the Genesis Open at Riviera to win by five shots with rounds of 66-66-64-71 for a four round total of 267 to claim his 13th career PGA Tour win.

After playing M1 for most of 2016, Johnson experimented with M2 for a few months at the end of 2016, before finally landing back with the new 2017 M1 460 driver due to the overall performance. The 2017 M1 provided him with 500rpm less spin than his M2 and was going around 8 yards further on Trackman.

Dustin also put the new 2017 M1 3HL Fairway Wood in play this week. It’s cut to a 5 wood length i.e. 1″ shorter than standard and has 16* loft. With this combo, Dustin carries it 280 yards, which is exactly what he’s looking for in a 3 wood – at standard length it was just going too far.

After switching to the new M1 460 driver this week and the TP5X ball last week, Dustin averaged 321 yards off the tee in R4 at Riviera and gained 1.84 strokes over the field across all four rounds with his Spider putter. Season to date, Dustin is also no.2 in Strokes Gained in “driving distance”, “off-the-tee” and “tee-to-green”. 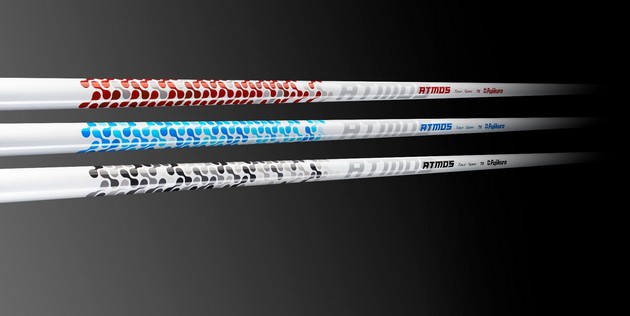 Fujikura is #1 Shaft Mfgr. at Genesis Open & New Flighted Collection of Tour-Level Shafts are In Demand and Performing on Tour

Vista, Calif.  (February 17, 2017) – This week at the Genesis Open, Fujikura is proud to be the #1 shaft manufacturer choice for drivers, woods and hybrids. Fujikura held the number one wood shaft manufacturer count with 23.5% and driver count was 26.4%. The all new for 2017 ATMOS Tour Spec, launched on Tour at Career Builder, had 16 total wood shafts in play this week at Genesis Open. The performance gains of low spin, increased ball speed combined with a smooth profile has led to early Tour success for ATMOS Tour Spec.

“Working with tour pros every week we have learned what profiles they prefer and launch conditions they demand so it will be nice to have a new “go-to” shaft with three launch options,” said Pat McCoy, Fujikura Tour Representative. “Some of our leading technologies including CAGE and H.I.T. (high inertia tip) make the new ATMOS Tour Spec smooth in transition and solid at impact. That, combined with an easy color coding system for launch has already garnered positive feedback from both pros and many Tour reps in the first weeks it’s been on Tour.”

ATMOS Tour Spec comes in three different color coded launch options; red being the highest of the three, blue as the middle launching and black, the lowest. Similarities across the three shafts include keeping the handle flexes the same for feel, but adjusting the mid and tip sections for launch and spin to achieve desired results.

In the past four events the number ATMOS Tour Spec wood shafts in play has been 13 at Career Builder Challenge, 11 at Waste Management Phoenix Open, 16 at AT&T Pebble Beach Pro Am and 16 at the Genesis Open.

The ATMOS Tour Spec shafts will be priced at $300 and available exclusively at Fujikura dealers starting March 1, 2017. To learn more about the ATMOS Tour Spec and see the specs, visit http://www.fujikuragolf.com/atmos

TEQUESTA, Fla., Feb. 17, 2017– SST PURE®, golf’s global leader in computerized analysis and alignment of golf shafts, reports that during the 2016-2017 PGA TOUR Season, six tournaments have been won by players who have had SST PURE their shafts within the past year. In addition, four of the top 10 players in the FedExCup standings (including the No. 1 player) and four of the top 10 players in the Official World Golf Ranking have had shafts SST PURE aligned within the past year.

“In 2016, nearly 90 professional golfers on the PGA TOUR had shafts which were SST PURE aligned,” SST PURE President Brian Adair said. “During the past four events in 2017, we have PUREd shafts for 45 TOUR players. We are pleased that more and more TOUR players are seeing the benefits of the SST PURE process. We congratulate all the winners of the 2016-2017 season who have had SST PURE their shafts.”