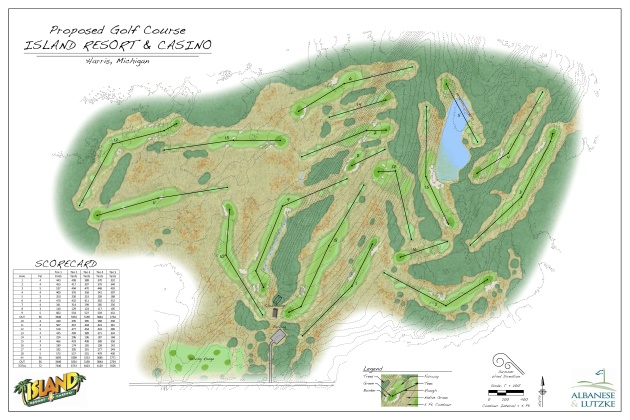 (HARRIS, Mich.) – Hannahville Indian Community today announces it is building a new golf course here in the Upper Peninsula as an amenity to its Island Resort & Casino, a complementary second course to award-winning Sweetgrass Golf Club.

If Sweetgrass is indicative of what’s to come, the currently unnamed new course will be highly regarded; it is scheduled to debut in 2017. Sweetgrass has been named a top course in the state by both Golfweek and GOLF Magazine since opening in 2008 and annually hosts the LPGA Symetra Tour’s Island Resort Championship.

“One golf course is a course, two is a destination,” said Tony Mancilla, Island Resort & Casino general manager. “We believe the new course and new spa we’re building – combined with our existing resort amenities and established golf-visitor appeal – will draw more people who will stay longer and spend more.”

Paul Albanese, of the golf course architecture firm Albanese & Lutzke, was chosen to author the new course, which will be dramatically different than Sweetgrass. Ground was recently broken in open spaces but the majority of tree removal for fairways will take place this winter.

“The land is very hilly; a lot of vistas where you can see 20 miles,” said Mancilla. “The land is so good that we’re expecting the new course to be first class.”

Like with Sweetgrass, the Hannahville Indian Community directed Albanese & Lutzke to create a design that respects the land, making it fit the terrain as naturally as possible.

Golf industry veteran Albanese, who designed Sweetgrass, describes the main feature of the property as a “drumlin,” a long, sloping ridge that’s an outcome of past glacier movement in the region. He said it runs through the heart of the property and is prominent.

“The drumlin climbs 100 to 120 feet in some areas,” said Albanese, an East Coast native and Harvard grad. “The goal is to allow golfers to experience the drumlin throughout the entire course. It comes into play several times, in different directions; up, down, over and through. We are very happy with how the routing came out. We are really excited; I can’t see how it won’t be one of the top courses in Michigan.”

The new course, about six miles from the resort on adjacent Hannahville land, will be played roughly two-thirds through trees, with rugged features like non-manicured bunker edging. There will be a sprinkler system installed down the middle of each fairway but the intent is to allow the grass to brown out toward the fescue edges. Mancilla said there will be a drivable par 4 on each nine, and a good mix of long and short par threes and fours.

Regarding the overall look, Albanese said: “Think Royal County Down – lots of earth tones, browns and tans – it’s what the landscape calls for.” 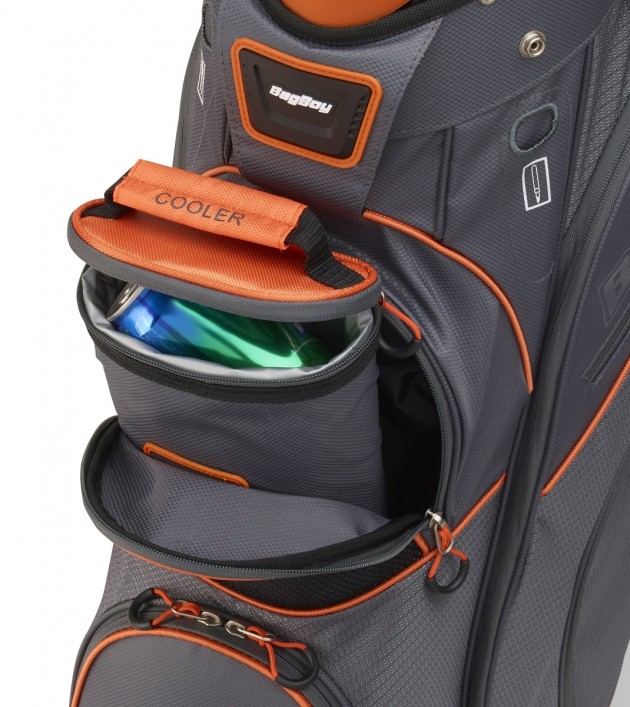 “When we make an improvement to a Bag Boy cart bag, it’s in direct response to what golfers tell us they want,” said Craig Ramsbottom, President of Dynamic Brands. “We’re constantly talking with golfers, asking them what they would like to see in a cart bag and how can we improve their experience. All of this information feeds the product development process.”

Golfers will appreciate the lightweight feel of the Chiller Cart Bag, weighing in at 5.85 pounds. The product development team also created a 15-way organizer top with full-length individual dividers to enhance functionality and durability. The new Chiller Cart Bag has been designed to provide the best combination of key features including: 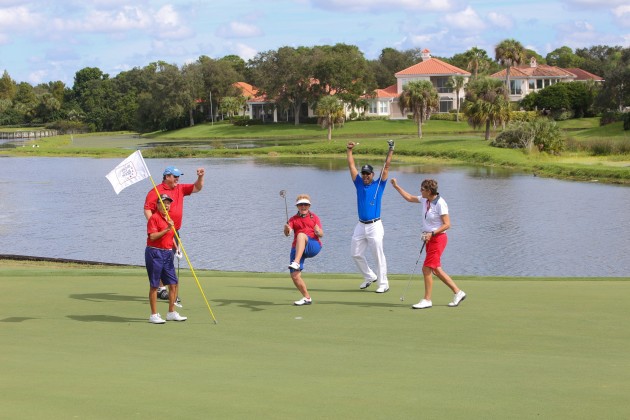 Charlotte, NC. – Heritage Golf Group, a boutique owner and operator of premier private, resort and daily fee golf properties across the U.S., has collaborated with the PGA TOUR’s TPC Network of clubs and Birdies for the Brave military outreach initiative to raise in excess of $15 million for 11 non-profit military homefront groups that directly serve military men and women and their families – including $3 million raised by Heritage Golf Group clubs since 2008. In 2015 alone, Heritage Golf Group has raised more than $246,000 for Birdies for the Brave through a variety of charitable activities including golf tournaments, silent auctions, and accompanying fundraising activities conducted at the company’s collection of premier clubs nationwide including:

“As part of our strategic alliance with the TPC Network, we are very proud to have the opportunity to support the members of our U.S. Armed Forces and their families through Birdies for the Brave,” said Heritage Golf Group Partner and CEO Davis Sezna. “Together, we can help make a difference in the lives of those who perform selfless acts of bravery on a daily basis as well as the courageous family members who do so much at home that enables their loved ones to proudly serve our country.”

“We truly appreciate the dedication and passion of Heritage Golf Group, its employees, and club members, who have helped Birdies for the Brave raise millions of dollars for military homefront charities as well as express our sincere gratitude to military members, veterans and their families for their service and sacrifice,” said PGA TOUR Director of PR & Community Outreach, Anne Davis.

In 2016, will add a charity golf tournament at its recently-acquired property, The Dominion Club (tdcva.com) in Glen Allen, VA. To learn more about Birdies for the Brave and view the 2016 fundraising event schedule, please visit birdiesforthebrave.org.

ABOUT BIRDIES FOR THE BRAVE®
Named by the White House among the top 20 charities in the U.S. that support military families, Birdies for the Brave is a national military outreach initiative proudly supported by the PGA TOUR, which is dedicated to honoring and showing appreciation to the courageous members of our U.S. Armed Forces and their families. Birdies for the Brave was created in 2006 by PGA TOUR player Phil Mickelson, whose father was a Navy fighter pilot, and his wife, Amy, to support combat-wounded veterans. The PGA TOUR subsequently adopted Birdies for the Brave and expanded it to include a wide spectrum of military outreach initiatives during PGA TOUR tournaments, as well as a series of fundraising events at TPCs and partner clubs across the U.S. – an effort that has raised more than $15 million for military homefront charities that provide critical programs and services to meet the specialized needs of wounded heroes and military families. For more information, visit birdiesforthebrave.org.