Delivering the purist looking muscle back design, these “player” irons offer decisive feel and incredible ball control
Norcross, Ga. (Aug. 28, 2013) – Mizuno USA, a world-class leader in golf technology and development, has officially released the highly-touted MP-4 irons to market, the company’s purest “player” iron to date. Designed to deliver a longer, softer sense of impact for unparalleled playability in the long irons and maneuverability in the short irons, the Grain Flow Forged® MP-4 is the purist forged muscle back on the market.

The “pure muscle” design of the MP-4 iron is a perfectly balanced geometric design that keeps the thickness behind impact to deliver a crisp, solid feel. The high-quality 1025E Pure Select mild carbon steel and Mizuno’s patented Grain Flow Forging process combined further enhance the iconic Mizuno feel that is a shotmaker’s dream.

“The MP-4 is a pure ‘players iron’ that is expected from Mizuno with a few surprises,” said Chuck Couch, VP of Product Management, Golf Division. “Simple, smart shifts in design and the muscle bulge provides golfers ultimate control of their ball flight while offering an extremely ‘pure’ feel at impact as any iron we’ve developed. If you’re in the game of shotmaking, the MP-4 irons are the right irons for you.”

Incorporated in the new “pure” design are proven Mizuno technologies:
– H.I.T. (Harmonic Impact Technology) for precise control of vibration frequencies at the point of impact
– VMT (Variable Muscle Thickness) measured to create a consistent height in the sweetspot for easier workability in the short irons and optimal launch trajectory in the long irons.
– Tour-proven sole design, also featured in past models, offers subtle relief areas with a rounded leading edge and cambered trailing edge to ensure perfect turf interaction.

A double-nickel chrome plating underscored by an assertive Mizuno “Run Bird” in the center of the muscle pad, provides an elegant and durable finish
“We dissected the MP-4 iron like the MP-4 player dissects the game,” said Couch. “The insights we uncovered delivered an unmatched better player’s tool and ultimately resulted in an iron that will knock down flags.”

This concept was so widely accepted from dealers and players all over the world, that Matrix didn’t want to stop with just the woods. Expanding from the multiple major winning OZIK Altus series, the Matrix R&D team, led by Chief Designer Daniel You, created the OZIK Altus MFS Series.

“The OZIK Altus is a shaft that players are turning to in their hybrids week after week,” said Director of Tour Operations, Joe Miera. “On the PGA Tour it was the most used hybrid model in 2011, 2012 and up to this date in the current 2013 season, which says a lot about its quality and reputation. The new Altus MFS Series now provides us with an Altus series shaft that can fit every player in the bell curve.”

The X3 Altus made its PGA Tour debut last week at The Barclays, with the Q3 Altus set to make its PGA Tour debut in the 2014 season. The Altus MFS Series shafts are currently stocked in a number of hybrid clubs, including Adams IDEA Super DHY. For purchasing info, contact an Authorized Matrix Dealer or a Certified OZIK Fitting Specialist near you. 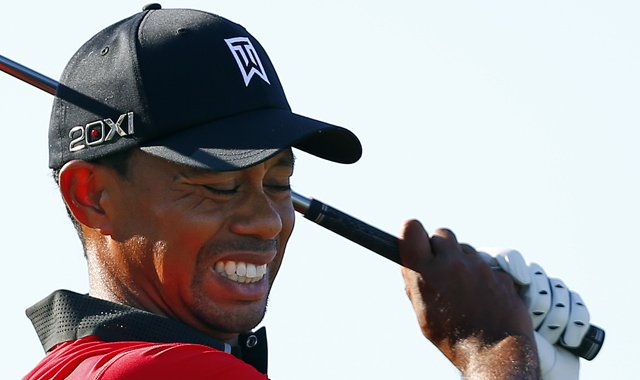 A five-time winner this season and the leader in FedEx Cup points this season on the PGA Tour, Woods fought back pain and spasms during last weeks’ playoff opener, The Barclays, in Jersey City, N.J. His schedule has been in flux since. The injury had originated during the PGA Championship, Woods said.

Fister Golf offers golfers risk-free trial of Its innovative Model I driver
Charleston, S.C. – Fister Golf Company, founded by three-time World Long Drive Champion Sean “The Beast” Fister, announced today the launch of a new “Try It Before You Buy It” demo program – giving golfers a risk-free opportunity to experience its innovative new Model I driver. Beginning, August 28, consumers can register to demo the Model I driver on FisterGolf.com. The “Try It Before You Buy It” demo program provides nearly 30 days for the consumer to put the Model I through its paces on the range or course before deciding to purchase one. For program details and rules visit http://www.fistergolf.com/#!demo/c1ljr. The Model I features premium materials, cutting-edge designs and golf’s highest quality components – from clubhead to shaft to grip – to add distance and accuracy off the tee for players of all skill levels.

According to Sean Fister, President/CEO of Fister Golf, “The biggest challenge for emerging golf companies is getting their product in the hands of golfers. We feel that this new demo program should help Fister Golf alleviate that issue, as we’re willing to ship a driver to consumers just so they can experience the unparalleled performance of the Model I. It has been our experience that when golfers hit the Model I, they buy it. So we’re willing to go the extra mile to get the club in golfers’ hands.”

In addition to the “Try It Before You Buy It Demo Program,” Fister Golf also has introduced a 30-day money-back guarantee for any consumer who wishes to purchase a brand new Model I driver outright, rather than signing up for the demo program. Program details can be found at http://www.fistergolf.com/#!30-day-guarantee/c2wz.

The Model I driver comes standard with a FujikuraTM Motore F1 shaft and Golf PrideTM New Decade MultiCompound grip. The Model I has a retail price of $399 and is available in either 9 or 10.5 degrees of loft. The Model I is available for purchase now at www.fistergolf.com.