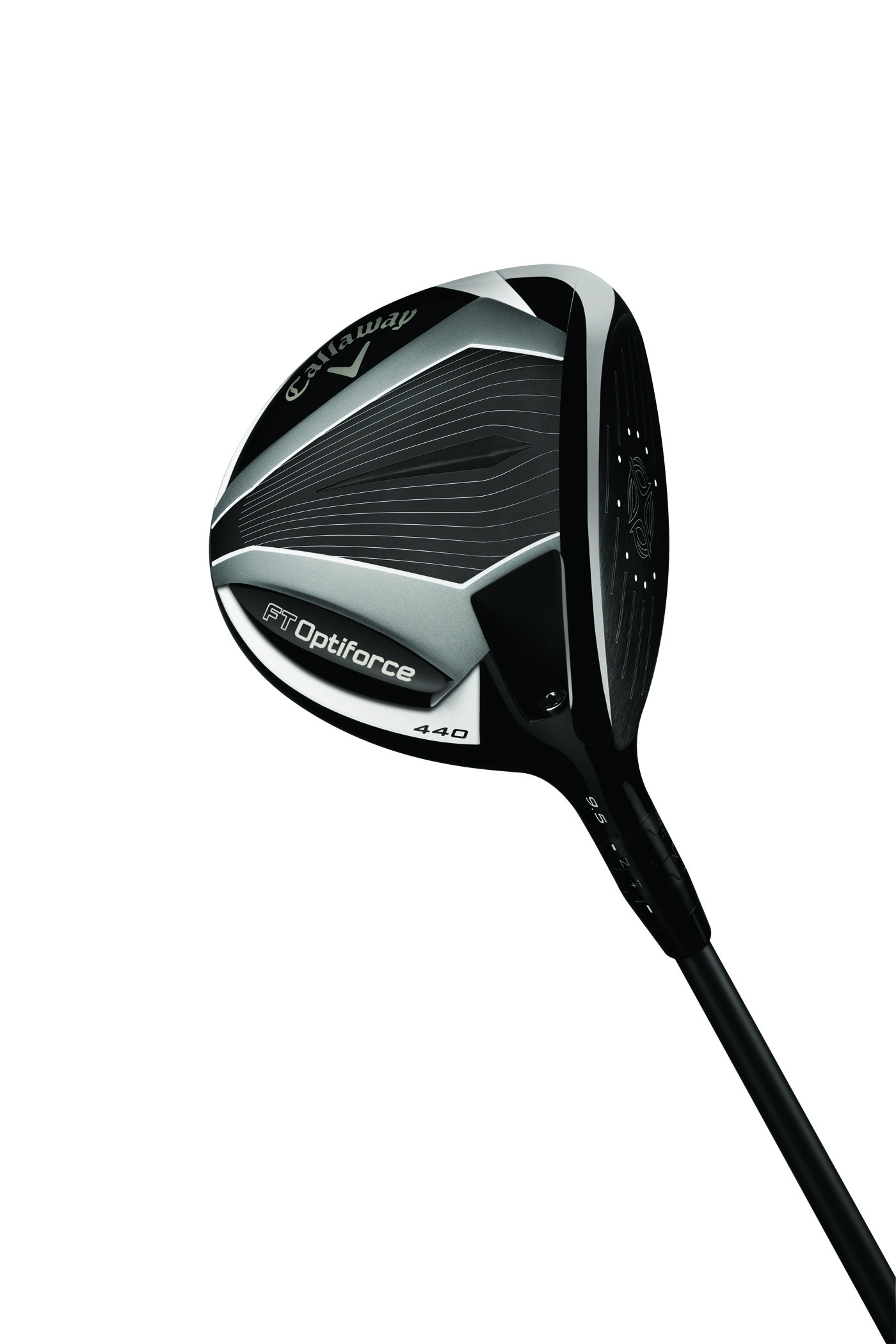 Since Switching to the New Driver

professional staff in May. Since then, he has made eight of nine tournament cuts and secured four of

his season’s five Top-10 finishes, none more significant than his first career victory yesterday at the

including the company’s new FT Optiforce Driver, and an Odyssey putter, Reed sealed the win by making

a dramatic birdie on the second playoff hole.

“When I switched equipment in the middle of my first season on TOUR I was a little nervous,” said

Patrick Reed. “But the Callaway team really embraced Justine and I and made us feel like family. Plus,

company — the future is bright at Callaway Golf and Team Reed!”

switching to the 440cc FT Optiforce Driver. During this three-tournament hot streak, he is averaging 13.4

more yards off the tee than his previous season average. For a full recap of Reed’s win, please visit the

and is available in two variations – 440cc and 460cc – to help golfers find their optimal performance.

Since being introduced at the Greenbriar in early July, the FT Optiforce Driver has been the number one

Company, explains its popularity on Tour in this episode of Callaway Talks: http://blog.callawaygolf.com/callaway-media-productions/callaway-talks-doc-hock-on-ft-optiforce/

Listed below are Reed’s winning clubs:

(Vista, CA – August 19, 2013)- Fujikura golf shafts were the most played shafts on the Champions Tour this past weekend and were played by the winner of the News Sentinel Open on Sunday for his first Web.com Tour title, birdieing five of the last seven holes for a one-stroke victory. Second place also had all Fujikura in his bag.In other Fujikura news, the company has confirmed the re-launch of the infamous Speeder757, which is considered to be the most iconic and sought after shaft in shaft brand history. It quickly became the #1 shaft brand on the PGA Tour and has never left the tour since it’s debut in 1998, earning the nickname, “the winningest shaft on tour” for well over a decade.
Fujikura marketing manager, Stephanie Hartgraves confirmed that the shaft will be available at Fujikura Charter Dealers in October and that the MSRP will be $350. She also gave a statement regarding what players can expect from the new Speeder’s performance. “The new Motore Speeder757 (and other 3 profiles available) makes more use of our proprietary Triax Core technology. We have been able to engineer a new structure that has allowed placement of our Triax three-directional woven graphite material on the inside layer of the shaft, which produces faster coil and uncoil. How does this translate into benefits for the golfer you ask? Unparalleled SPEED and STABILITY.” Hartgraves smiled and suggested, “Your only dilemma will be letting go of the original.”

Matrix Wins At Seven Of The 2013 Majors

Anaheim, CA-It’s been no surprise that after such a successful 2012 for Matrix, both on tour and in aftermarket sales, that we would continue to see great things in 2013. The Matrix R&D team started the year off with a bang, bringing to the market the ultimate fitting solution in the Matrix Flight System, followed up with the release of the slick new designs of the RadixS wood and iron shafts. Matrix continues to live up to their well-known reputation of bringing the latest and greatest of technologies and materials in their shafts, and the finishes at the Majors across the different tour levels proves that Matrix is continuing in the right direction.As the Majors for the 2013 season has come to an end, Matrix went back to review the win count from the Majors on the LPGA, Champions and PGA Tours and overall were in the bags of half of the total Major winners combined. Matrix also had multiple players finish in the top ten at each Major on the various tour levels.

“At the Majors, you have the best of the best competing,” said Director of Tour Operations, Joe Miera. “It’s a battle, and the fact that players trust Matrix in the bag as they go into these Major tournaments and are winning says a lot about our brand. It’s not just one tour level that we are seeing Matrix players in the top of the leaderboard, it’s on all of them. As we continue to bring new product to the market and fit players with what they are asking for, I am confident we will only continue to add more “W’s” to the list.”

(Franklin, TN – FOR IMMEDIATE RELEASE) Sizzling play from a PGA Tour player using a FGP blade putter in the last five weeks. This past Sunday, he finished T5 at the Wyndham Championship.

By the numbers in the last five events:

Starting the five-week stretch at the John Deere Classic where he finished T2 at his “5th MAJOR”. Week 2 – THE OPEN Championship where he tied for 6th and led the tournament after Rd 1, shooting a 66, which tied for the low round of the Championship. Week 3 – the World Golf Championships – Bridgestone Invitational, he finished T4 (-6) where he was 5th in Strokes Gained Putting. Week 4 – he finished T8 (-3) at the PGA Championship. He was the only player in the final round without a bogey and just one of four players who did not have any rounds over par for the event.

This Player, one of the best players and putters in the world, now ranked 9th on US President’s Cup and 6th US Ryder Cup points standings and has 9 wins on PGA TOUR including the 2007 MASTERS. This five-week stretch he has won over $1.37 million and is 18th in FEDEX Cup Points.

SeeMore Putter Institute SeeMore has launched the SeeMore Putting system to golfers in the form of introducing the SeeMore Putter Institute (SPi), where golfers and instructors will be able to come together in person and online to share these fundamental ideas about how to improve putting performance. SPi presently has over 245 global instructors that are utilizing SPi to generate more lessons, more revenue and more game improvement!

SPi is a learning system based on the simple fundamentals of finding the proper grip, alignment, stance, and posture. This allows for a natural, free, and simple putting stroke on each and every putt. It is based on the technology built into the SeeMore putter itself, and on the refined teachings of SeeMore Global Ambassador Pat O’Brien – putting instructor to Zach Johnson, and many other top PGA Tour and developing players. O’Brien has been teaching the SeeMore System around the world for more than 12 years, ever since he watched his good friend, the late Payne Stewart benefit from the SeeMore putting system to win 1999 US Open and lead the tour in putting statistics that year. Becoming SPi Certified will help golf teachers formulate a complete teaching plan to help their existing students and recruit new students to become great putters using the SeeMore system that has won 2 Major Championships and set numerous putting records on the PGA Tour. It is a complete game plan, which will give any golf instructor a new level of confidence in the proper teaching and fitting involved in putting instruction. Becoming certified to teach the system initially consists of online training, but also includes personal coaching.