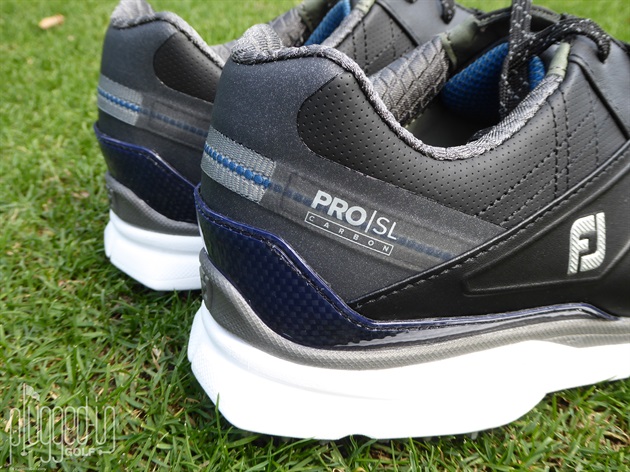 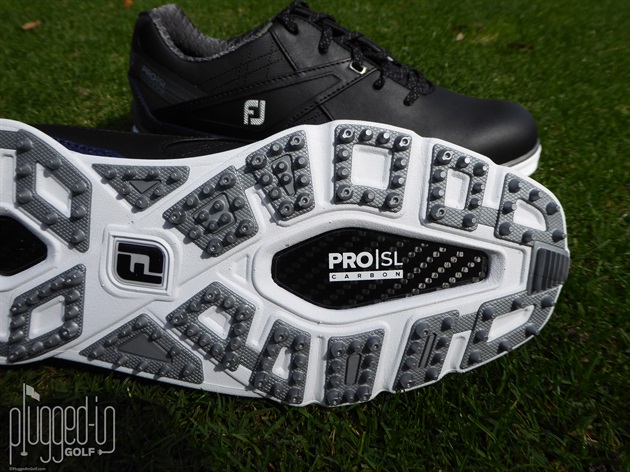 If one new Pro SL is good, two is certainly better.  When FootJoy went to redesign the #1 shoe in golf, they decided to also offer a second version, the Pro SL Carbon.  The added stability of a carbon fiber midsole is the namesake feature, but that undersells the differences: the Pro SL Carbon feels like a totally different shoe.  Let’s dig into the details. 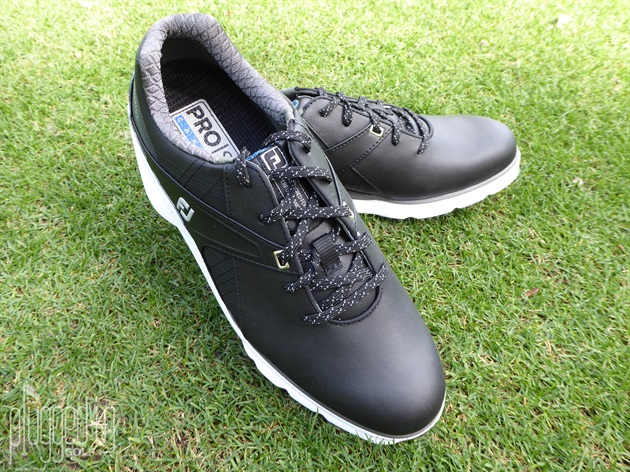 Aesthetically, the Pro SL Carbon is a near-clone of the Pro SL (full review HERE).  The front of the shoe is very clean and classic, with the rear portion having more visual interest. 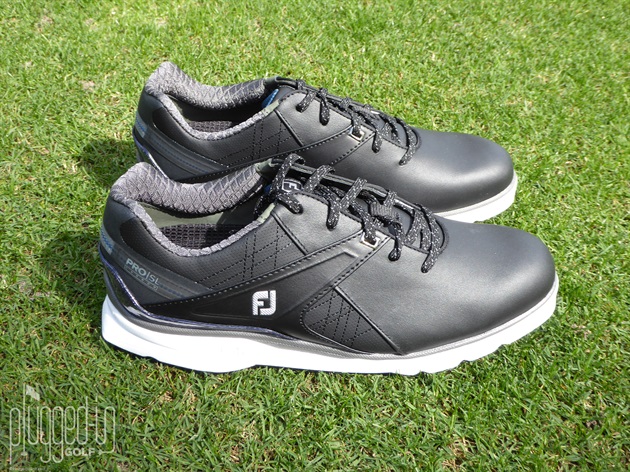 One obvious difference is that the Carbon versions lack the bold contrast colors that are available in the standard Pro SL.  Additionally, “Carbon” is added to the Pro SL branding near the heel.  When you flip the shoe over, you’ll see the titular feature: two carbon fiber inlays in the sole.

The FootJoy Pro SL Carbon is available in two colorways: black and white. 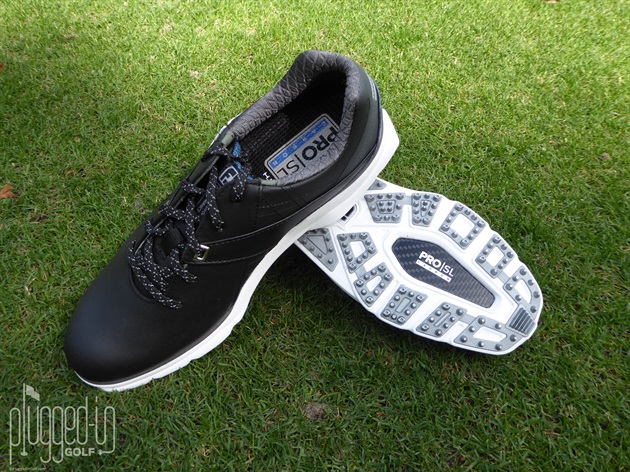 Matt Meeker and I agree: the Pro SL Carbon feels like a totally different golf shoe than the Pro SL from the moment you slip it on.  The most obvious difference is around the ankle: the Pro SL Carbon has a thicker layer of cushioning that makes it feel both more secure and more comfortable.

Additionally, the Ortholite insole is unique to the Pro SL Carbon.  It has more “give” than the insole on the standard Pro SL which makes for a more cushioned feeling.

Overall, the Pro SL Carbon, like the Pro SL, feels very good out of the box.  The upper is soft, and it gently hugs your foot when laced up.  As with most FootJoy shoes, these are sized a bit larger than other brands, so make sure to try them before you buy.

Want a summer-ized version of the Pro SL?  Check out the Pro SL Sport HERE 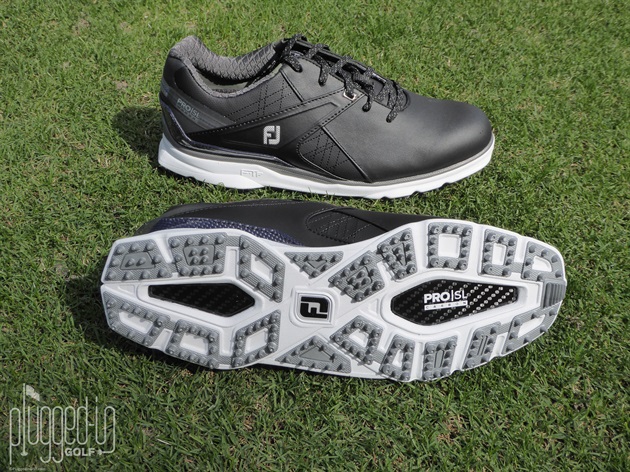 Some of the key performance features of the Pro SL carry over to the Pro SL Carbon.  Both shoes feature a heel that’s 11.5% wider, a sole with 17% more surface area, and 30% more points of traction.  All of this makes for a spikeless shoe with traction that’s equal to most traditional spikes.  If there’s a spikeless shoe with better traction than the new Pro SL, I haven’t tried it.

The main performance difference between the Pro SL Carbon and the standard model is the carbon fiber inlay in the sole.  In FootJoy’s words, it’s meant to provide “maximum stability throughout the golf swing and spring-like energy return with every step.”  Meeker noticed that the two models feel different when walking with the Pro SL Carbon smoothing out the walking motion.  He also felt that it provided additional lateral stability during the swing. 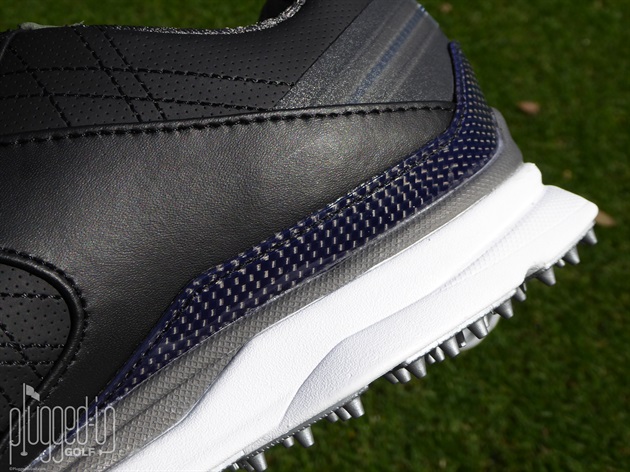 Overall, Matt and I both agreed that the Pro SL Carbon doesn’t quite feel like a “stability shoe,” but rather strikes an ideal balance between comfort and performance.  For the player who doesn’t want an overbuilt “Tour” shoe but isn’t ready for a natural motion shoe, this is an ideal transition. 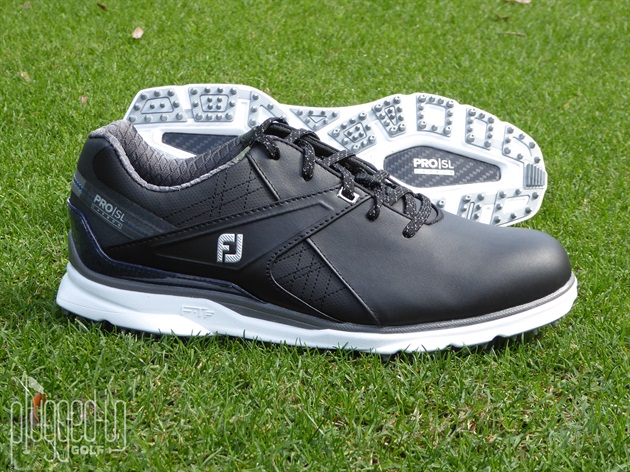 Matt Meeker’s notes on the FootJoy Pro SL Carbon answer the most obvious question, stating, “These are absolutely worth the extra $30.”  Thanks to an upgraded insole, superior cushioning around the ankle, and carbon fiber inlays in the sole, they provide both more comfort and superior performance.