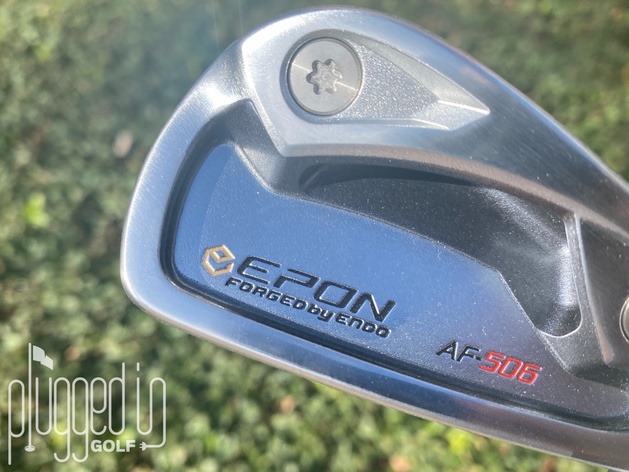 The Epon AF-506 irons feel spectacular.  Decent look at address but quite ugly in the bag.  Performance is fine but doesn’t stand out in any category. 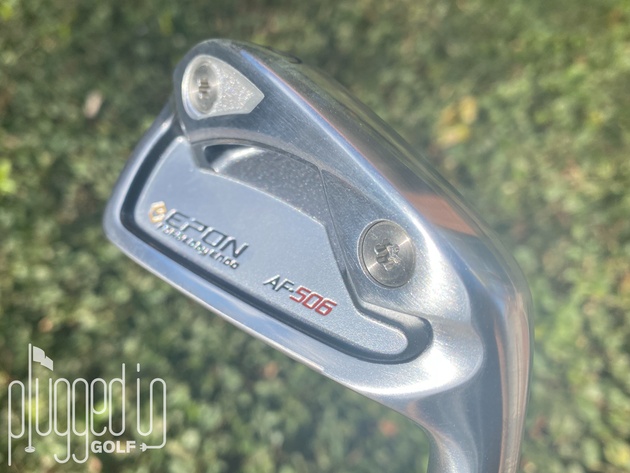 Among the gear-obsessed “Endo Forged” is an indication that an iron is elite.  In addition to producing irons for other manufacturers, Endo also produces their own clubs under the Epon brand.  The AF-506 is one of Epon’s latest designs, and I tested it to see how it compared to offerings from the more well-known brands in the game. 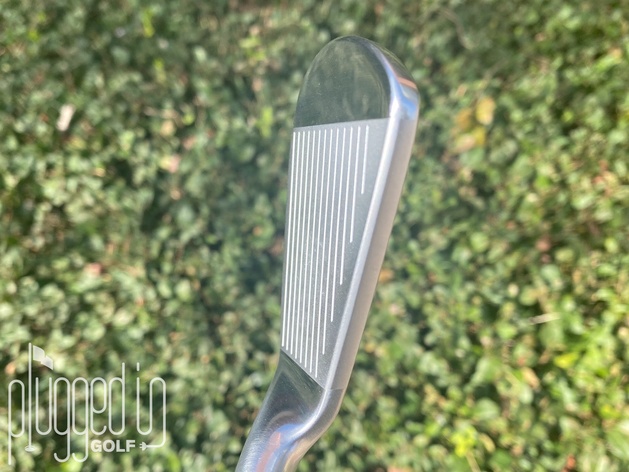 At address, the Epon AF-506 is a standard game improvement iron.  It has a healthy amount of offset, a medium-thin top line, and a blade length just below average.  There’s nothing too exciting here but nothing bad, either.

In the bag, however, I think these irons look terrible.  And, to be fair, it’s just one major issue: the screws.  If those were removed, this would be a perfectly standard cavity back iron.  In fact, I think the shape of the cavity is pretty cool  and a bit unusual.  The screws ruin the whole aesthetic.  They look cheap, like something out of a box set, and given the premium price of these irons, that’s unacceptable. 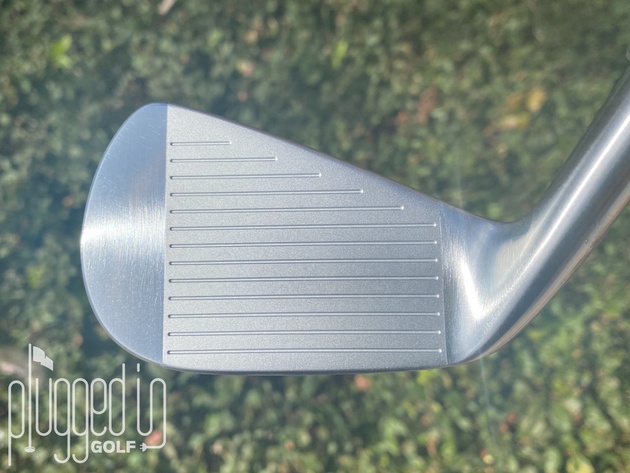 When you move off center the feel does get firmer, but it never crosses into being hard or unpleasant.  Feedback is very precise – you can pinpoint the impact location without any trouble. 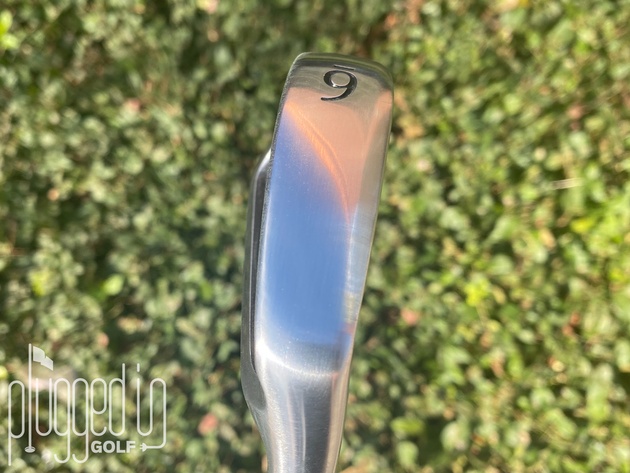 The feel of the AF-506 is spectacular.  The looks, at least in the bag, are awful.  The performance is somewhere in the middle.

On their website, Epon says that this “packs a ton of game improvement in a 1-piece forged design.”  In my testing, I found the forgiveness to be good but not outstanding.  Virtually every major OEM makes an iron of similar proportions that is as or more forgiving than the AF-506.  With this set, your small mishits will be on or around the green, and your bigger mishits are going to be ugly.  It has a fairly wide sole and low CG to boost thin shots, but you’ll still lose considerable distance on those strikes. 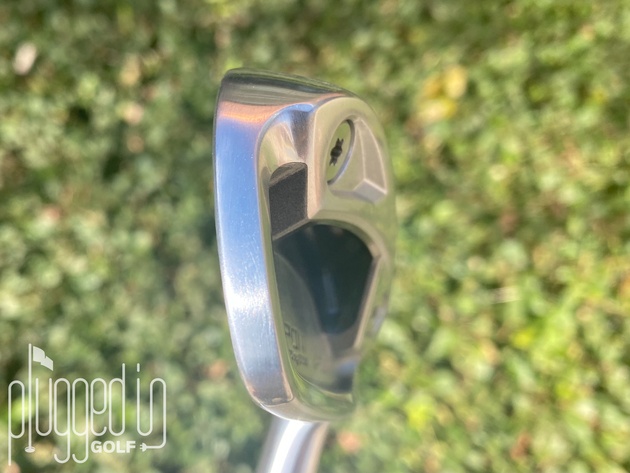 When hit well, the Epon AF-506 produces good ball speed, and medium-low launch and spin.  This adds up to distance that’s adequate but not elite.  Epon says that this has the thinnest face of any 1-piece billet forged club, but that’s not enough to keep up with the fastest irons on the market.

Ultimately, I’m left a little puzzled as to whom this iron is for.  Players who want maximum distance are going to find better fits.  The forgiveness is fine, but it’s not impressive for its size (or price tag).  If you don’t fall in love with the feel of impact, I don’t think this iron is going to end up in your bag. 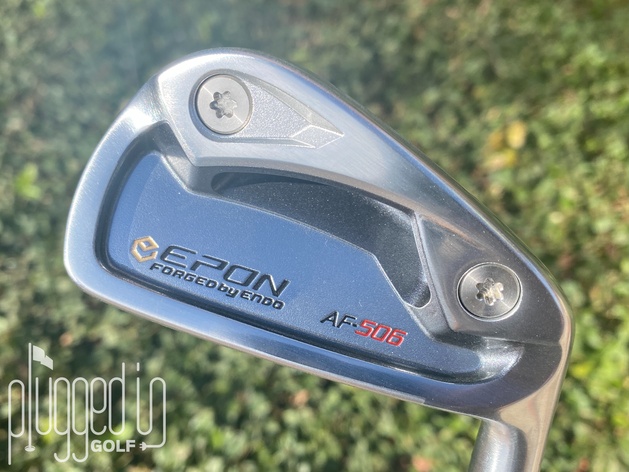 The one great strength of the Epon AF-506 irons is the feel at impact.  Endo Forging lives up the hype and produces one of the softest hits you’ll find.  Unfortunately, nothing else about this iron is worthy of its hefty price tag. 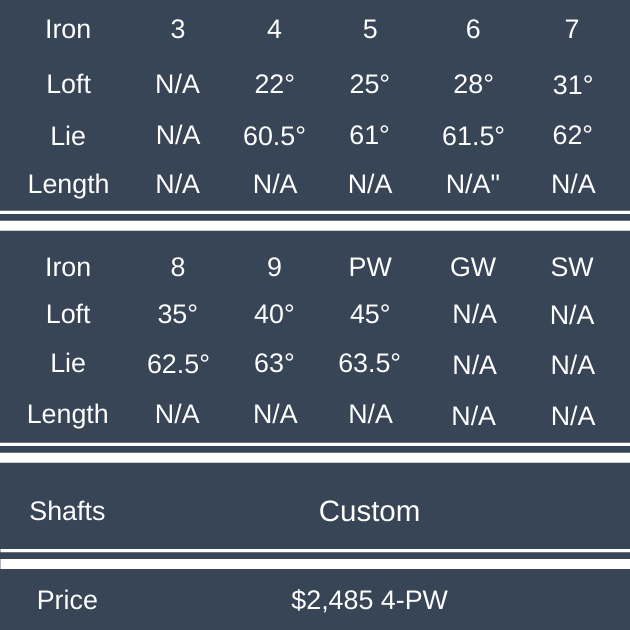