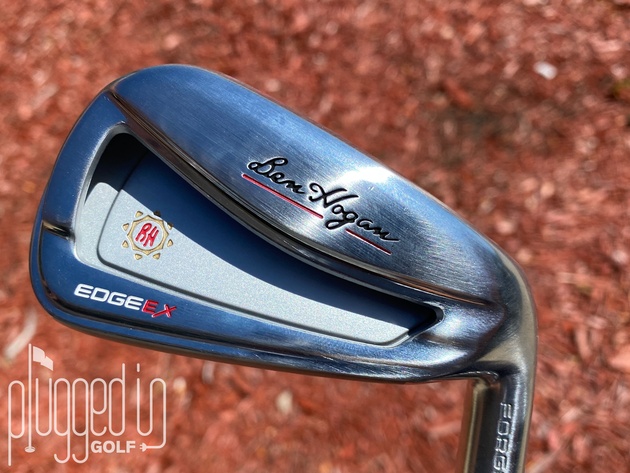 The Ben Hogan Edge EX irons have a large, boxy look at address.  Poor feedback.  Forgiveness is decent.  Can be long on pure strikes, but not elite. 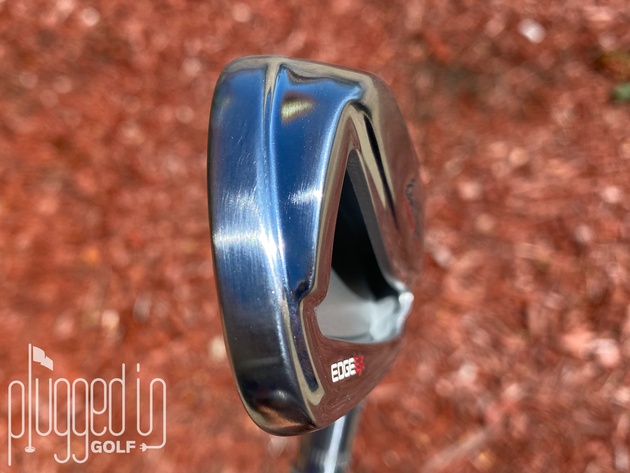 When most players think of Ben Hogan Golf, traditional clubs like the Icon irons [review HERE] come to mind.  And while the company takes pride in their players clubs, they know that most golfers need more forgiveness.  For the golfer that wants to play Ben Hogan clubs but lacks The Hawk’s ball striking, they’ve introduced the Edge EX irons. 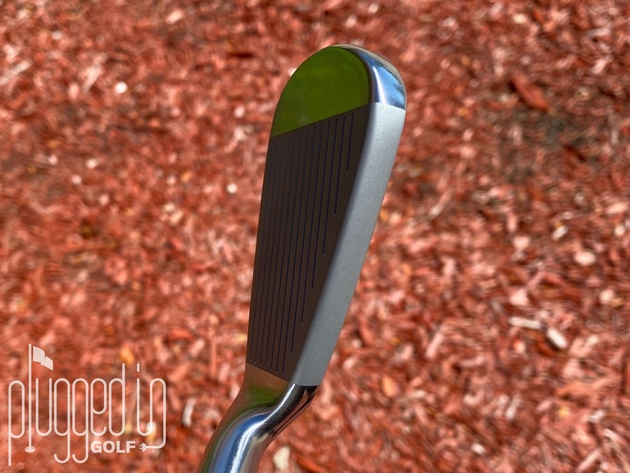 In a word, the address look of the Ben Hogan Edge EX irons is boxy.  The top line is very wide and doesn’t have the beveling that many modern SGI irons use to look slimmer.  There’s quite a bit of offset, and the face is large and square.  If a big iron gives you confidence at address, this one is for you.

At a glance, the in the bag look of these irons is pretty decent.  The branding is moderate – Ben Hogan signature on the sole, sun logo in the toe, and “Edge EX” beneath that.  When you take a second look, however, you realize that the cavity is Grand Canyon deep.  You could lose a small child in there.  With the trend toward hollow body construction, especially in SGI irons, this look is jarring. 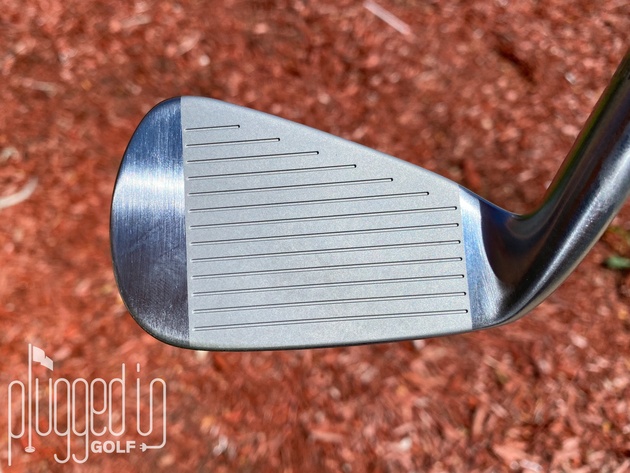 With such a deep cavity, I was expecting a loud, hollow feeling at impact.  I was pleasantly surprised when contact produced a fairly muted sound.  Impact is generally a “thud,” though perfectly struck shots do have a slight “click” to them.

On the topic of feedback, I could not disagree with the company’s talking points more.  Ben Hogan says that the Edge EX provides “outstanding feedback.”  I think these are some of the muddiest feeling irons I’ve hit.  I had to pay extremely close attention to differentiate the feel of a pure strike from a mishit, and locating mishits precisely was out of the question. 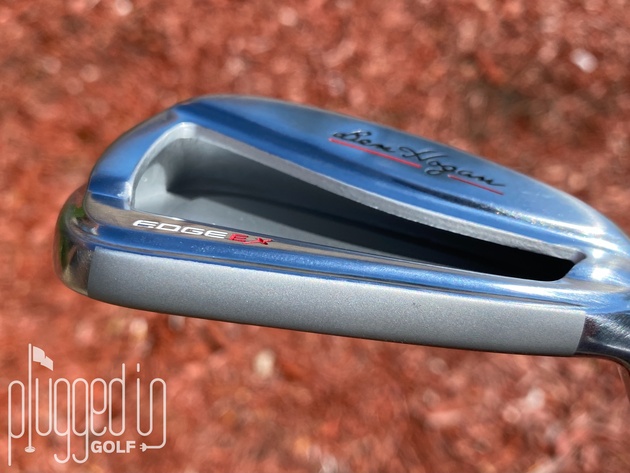 Ben Hogan Golf refers to the Edge EX irons as having “Open Cavity Design,” intended to create maximum perimeter weighting and stability.  While the Edge EX is certainly easier to hit than Hogan’s PTx Pro irons [review HERE], it’s not as forgiving as a club this large should be.  Other manufacturers have advanced to AI-designed faces, tungsten weighting, and metal injection molding for precision CG placement.  Ben Hogan Golf hasn’t, placing them behind the curve on forgiveness.

With lofts that are two degrees stronger than the Icon and PTx Pro, the Edge EX is able to produce decent distance.  On centered strikes, the ball speed is good, but a few MPH short of being truly elite.  This combines with mid/low launch and spin to create shots with strong carry distances.  As always, I will note that the other side of that coin is that you may not be able to hold greens with these long shots.  If you’re a high spin player, an iron like this can work very well.  If you’re a low spin player, a low spin iron can be a recipe for shots that run through greens. 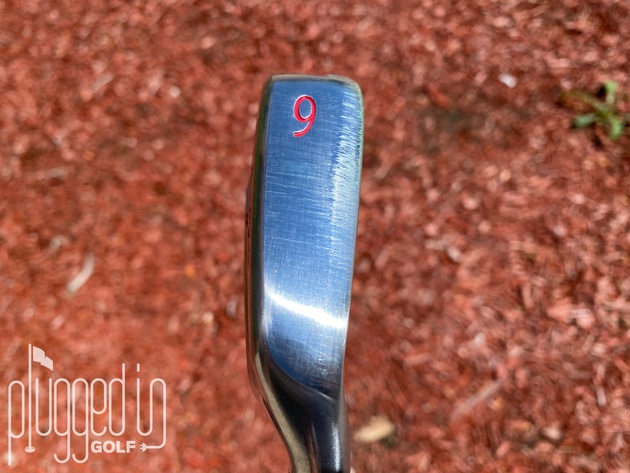 Like all the other Ben Hogan irons, the Edge EX has a V-Sole design.  What’s different is that the Edge EX has a sole that’s much wider than any other Hogan iron.  I think the V-Sole is actually most beneficial on a wider sole like this because it retains the forgiveness in the leading edge while getting the rest of the sole “out of the way.”

Finally, I have to say something about the “PreciseLoft System.”  Ben Hogan Golf trumpets their adherence to 4 degree gaps between clubs as if it’s the cure to all distance gapping problems.  It’s not.  There’s nothing magical about 4 degrees.  It’s like anything else in golf – it will work for some players but not others.  I have no inherent objection to consistent 4 degree gaps, but to claim that it’s a magic recipe is wrong. 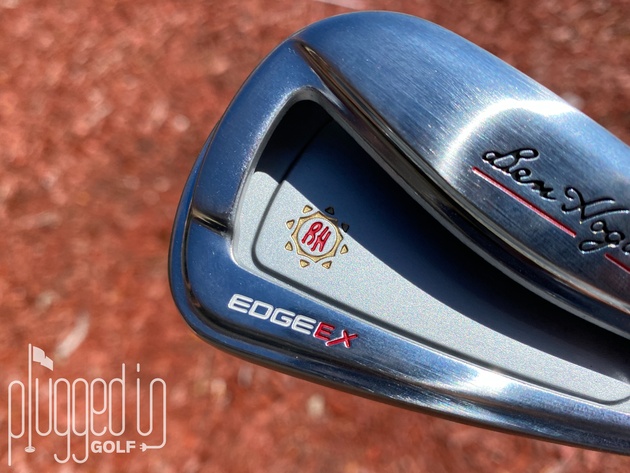 The Ben Hogan Edge EX irons are good game improvement clubs for the money, but their performance is unremarkable compared to the best offerings in this category.  They are fairly long but far from the longest, somewhat forgiving but certainly not the easiest to hit. 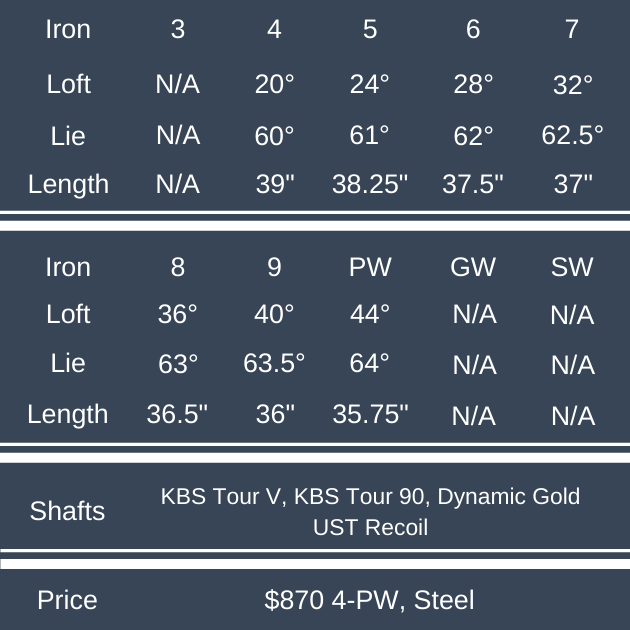