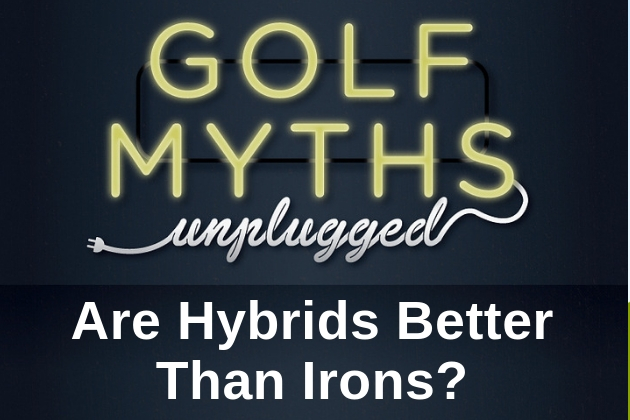 Should You Bag More Hybrids?

When they were first created, hybrids were meant to replace long irons or fairway woods (see if they should HERE).  However, in the last few years, the OEMs have been offering hybrids with more and more loft.  Should you be thinking about hybrids to replace not just your long irons but your mid irons, too?  We did some testing to find out.

Myth #3 – Hybrids are longer than irons

For this test, we brought together five golfers with handicaps ranging from 3 to 8.  Each player chose a hybrid shaft and an iron shaft that fit their swing.  They used those shafts to hit a hybrid and two irons – one players iron, one super game improvement iron.  All the clubs were set to 27 degrees.  Each player hit seven shots with each club, and all shots were recorded. 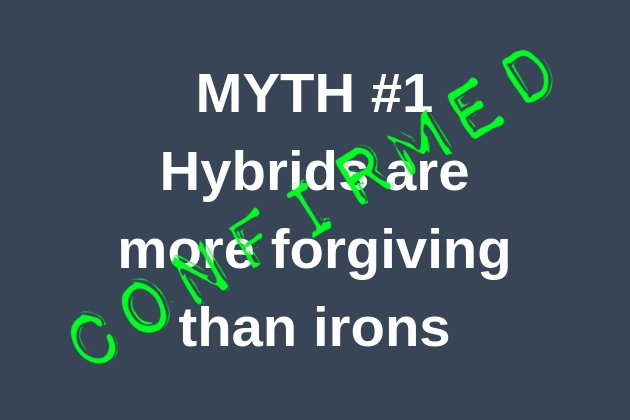 For this test, we judged forgiveness by looking at the distance between the players’ longest and shortest shots.  Four of the five testers had their smallest distance gap with the hybrid, confirming that hybrids are more forgiving than irons. 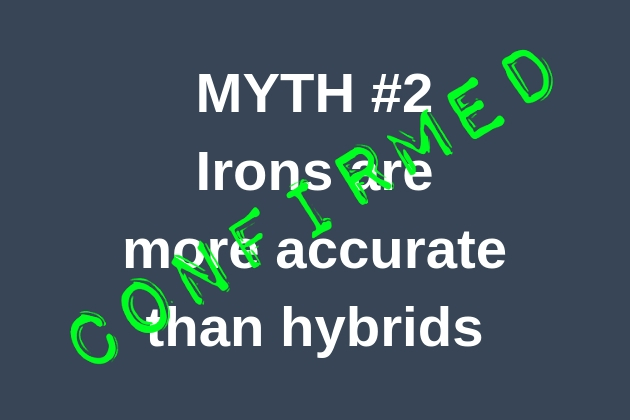 Even though our test group favored irons over hybrids, the results here were shocking: the irons were roughly 33% more accurate than the hybrid.  On average, our testers were 46.8 feet from the center line with the hybrid.  With the players iron, that number was just 30.6 feet, and it was 32.8 feet with the game improvement iron.

On an individual basis, only one player was most accurate with the hybrid, and that player had equivalent accuracy with the players iron.  For four of five testers, the hybrid was their least accurate option. 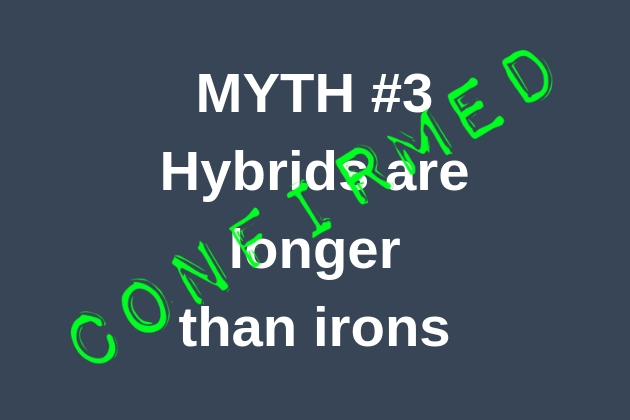 Four of our five testers were significantly longer with the hybrid than either of the irons.  Our fifth tester, a player who does not use any hybrids, hit all three clubs within one yard of each other.  The four players who did gain distance with the hybrid were 7, 11, 4, and 10 yards longer than their best iron, respectively.

The distance gains are not hard to explain: every player in the test got the most ball speed from the hybrid.  For some players the difference was not huge – 3 MPH for two testers – but one tester gained 12 MPH versus their best iron. 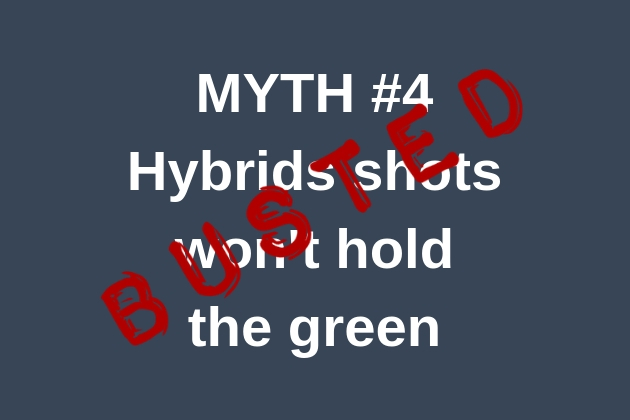 The clearest conclusion in this test was that hybrids are actually superior to irons in terms of holding the green.  For every tester – even those who struggled with hybrids – the hybrid had the highest apex and the steepest landing angle.

Spin is also important for holding a green, and the hybrid did not lack there.  The hybrid was only the highest spinning club for two of our testers, but the other three players lost no more than 300 RPM with the hybrid compared to their highest spinning iron.

This is another test that we would like to conduct again with a group of higher handicap players.  It would be interesting to see how different their results are compared to this low handicap group.

Additionally, only one player in our group used a hybrid that was close in loft to the 27 degree hybrid used here.  It’s possible that a group consisting of more high-lofted hybrid players would fare much better with the hybrid than the irons.

Finally, for this test, we made a conscious decision to use the hybrid head with a graphite hybrid shaft because that’s how most players use hybrids.  It would be interesting to run this test again using the same steel shaft in all three clubs to isolate the effect of the club head.

Should you be bagging more hybrids?  The answer depends on what you need.  If your main problem with your irons is missing left and right, it doesn’t seem like adding more hybrids is the answer.  However, if you’re struggling with mishit shots and balls that don’t hold the green, hybrids do seem to be better choice.

Whether you opt for more irons or more hybrids, one thing remains clear: being fit for the correct clubs and shafts is essential.