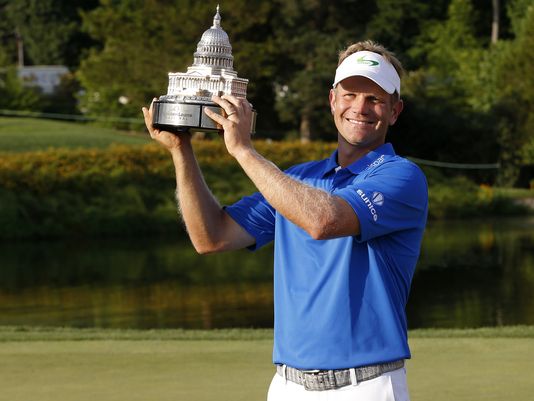 Before getting into the details of the victory, I want to give a huge thanks not only to Billy Hurley III, but to all the veterans out there who serve or have served our country each and every day.  I sincerely thank you for allowing me to live the life that I do today.

Billy Hurley III shot a final round 69 at the Quicken Loans Invitational held at Congressional Country Club in Bethesda, Maryland, en route to a three shot victory over Tour veteran, Vijay Singh.  Hurley got his week off to a great start with back-to-back rounds of 66 and 65 and never looked back.  He followed up his stellar start with a bogey-free round of 67 on Saturday, giving him a 2-shot lead over Major winner and Hall of Famer, Ernie Els.  Being paired with a Hall of Famer didn’t seem to phase Hurley, as he not only outplayed Els on Sunday, but fended off the likes of Arizona State University’s and Spain’s own Jon Rahm (playing in his first ever Tour event as a professional), and Major Champion, Vijay Singh.

After a consistent 1-under front 9, Hurley entered the back 9 with very little breathing room.  After his bogey at the 12th, Hurley found himself with a one stroke lead which held until he approached the 15th hole.  It was at the par-4 15th where Hurley really shined.  After coming up short of the green, Hurley was left with a 30 yard pitch for his third shot.  Rather than giving in to the pressure of a tough up and down coming down the stretch for your first ever PGA Tour title, Hurley did the opposite of what most would expect: he drained it.  Hurley’s clutch shot sent the crown into a frenzy, and increased his lead to two strokes, but Hurley wasn’t done.  At the par-5 16th, Hurley left himself a 30-foot putt for birdie, but that was no matter.  Hurley stepped up to the putt and drained it giving him a three stroke lead with two holes to play, all but sealing his victory.  Hurley finished his last few holes with two textbook pars and cruised to his first ever PGA Tour Victory.

More importantly than his round on Sunday is the story of how Billy Hurley III got to this event, and what it meant to him to win at Congressional.  Billy Hurley III isn’t your average Tour pro.  He attended the US Naval Academy in Annapolis, Maryland, and as is customary when graduating from a military university, served five years in the US Navy.  It was only fitting that two Navy officers were the starters for Hurley’s final round on Sunday.  Another amazing part to this story: Hurley was ranked outside of the top 600 players in the World, and only got in the field off of a sponsor exemption (as did Jon Rahm), which was selected by the host of the Quicken Loans Invitational and one of the greatest to play the game, Tiger Woods.  It’s only fitting that a Navy Veteran, who received a sponsorship exemption to play in a tournament only a few miles from his Military Alma Mater and home, win the tournament for his first ever victory on Tour.  Hurley also punched his ticked to the Open championship in July, however, he will not participate due to his sister’s wedding taking place that weekend, for which he states he “would not miss it for the world.”  As if anything else was needed to speak to Hurley’s great character. 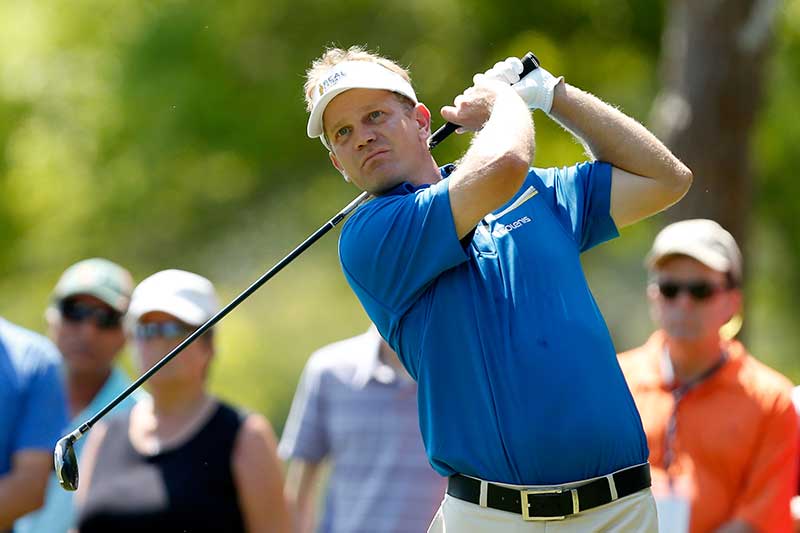