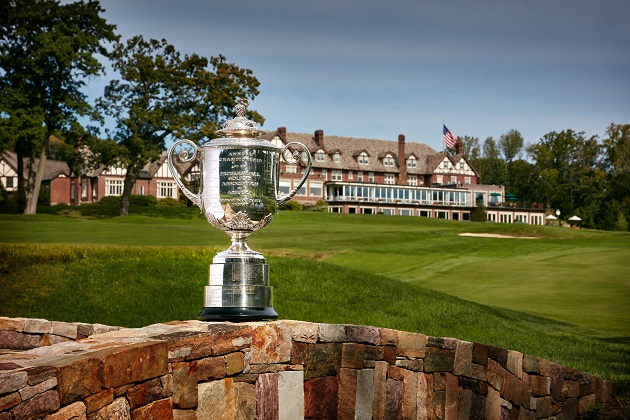 It’s hard to believe that it’s already time for the final Major Championship of the year, the PGA Championship.  Besides the fact that the Tour had to move the event up early due to the Olympics, the season itself has really flown by.  However, as is the usual for the PGA Championship every year, I wouldn’t expect anything short of fireworks.  The 98th holding of the PGA Championship will be the second PGA Championship held at Baltusrol to go along with the seven US Opens, 4 US Amateurs, and two US Women’s Opens to it’s name.  And per par for the course (golf pun definitely intended), I’m sure Baltusrol will not disappoint.

The US Open, and most of the time the Open Championship (save for good ol’ Lefty and Stenson this year), aren’t know as particularly low-scoring events.  The PGA Championship, on the other hand, is well known as a scoring paradise, particularly for longer hitters.  Even with a tough course like Whistling Straits in 2015, Jason Day still managed to win with a Major Championship record of 20-under par.  I wouldn’t expect that this year, with a tough course like Baltusrol down in Springfield, New Jersey (yes it’s in New Jersey, even though the press conference reporters keep asking the players about how they are enjoying their “time in New York.” But hey, New Jersey will always be in the shadow of the Big Apple, right?).   The last PGA Championship held at Baltusrol was back in 2005, where the victor was none other than Phil Mickelson, who won with a score of 4-under par.  That’s a long way off of 20-under.

Regardless of higher scores, even on a Par-70 golf course, I expect this thing to come down to the very end.  Why?  Because the two closing holes of the course are par-5’s.  Longer hitters and solid ball strikers, a-la Henrik Stenson, could have a field day on the finishing holes, and that could set up some drama for Sunday.  While I think the winning score will be higher than Phil’s winning 4-under from 2010, I think it definitely stays below 10-under par.  My guess is 8-under for the victor, but hey what do I know, right?  Regardless, we should be in for an exciting weekend. 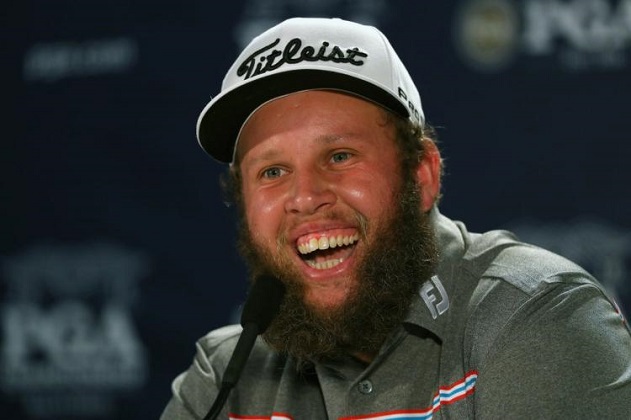 All three major winners for 2016 were first time Major Championship victors.  Will the same hold true for Baltusrol?  Possibly.  But let’s take a look a my (not so) expert picks for the 2016 PGA Championship at Baltusrol.

My Pick: Rory Mcilroy – Sure, Rory hasn’t had the greatest year, but he’s definitely due.  I know I picked him at the US Open where he missed the cut,  I’m still going to go with him again here.  He won the 2012 and 2014 PGA Championship with dominating performances, so I expect the same here.  Plus it follows a trend: even year victories, just like why the San Francisco Giants will probably win the World Series in 2016.  Rory has also never missed the cut at a PGA Championship. His length will serve him well, and as long as he doesn’t have a 9-hole blowup somewhere in the tournament, he has more than a shot.  His putter (he recently switched back from a left-hand-low grip, back to a conventional grip) will be the club in his bag to watch.  Hopefully he was able to replace his fairway wood from his incident at Royal Troon.

Favorite: Dustin Johnson – While Las Vegas oddsmakers have Open Champion Henrik Stenson as the odds favorite heading in to the PGA, Dustin Johnson still has to be the favorite here, and in my opinion is the safest pick.  His last six starts include two wins, one of which was at the US Open, a runner up, a third, a fifth, and a T-9th.  Saying he is hot this year is an understatement.  Johnson is finally showing us what many expected from him in the beginning of his career.  If all parts of his game are firing, particularly the putter, he’s the best player in the world.  There.  I said it.  With a win this week, Johnson can prove that, and overtake Jason Day for the number one spot in the Official World Golf Rankings.

Majorless Pick: Sergio Garcia – In terms of players who are looking for their first Major Championship, you can’t pick against Sergio with the type of year he is having.  He finished tied for 5th at both the US Open and the Open Championship, he won the Byron Nelson, and had a runner-up finish at the Honda Classic in February.  Although Sergio once said he’d never win a Major, I think he knows that he’s got as good of a shot as ever this week at Baltusrol.  I know I’ll be rooting for him to pull it off.  Outside of Sergio, my other pick for this category would be Branden Grace.  With the way he’s played, the South African appears to be “due” for a big one.

Not-So-Sleeper Pick: Brooks Koepka – While Koepka is coming off of a “not as severe as Rory’s” ankle ligament injury so he’s a bit of a roll of the dice, I like him for a Top 10 at Baltusrol.  He has the length and ball striking to do well at the PGA, but I think his motivation this week is huge.  Why?  Not just because it’s a Major Championship, but because he’s on the bubble for the Ryder Cup team.  Last year, he was one spot outside of the President’s Cup team, and was passed on by Captain Jay Haas for his son Bill and Lefty.  Brooks won’t want to risk that happening again, especially for the much more coveted Ryder Cup, so he’s going to be motivated to play his way on to the team.  Look for him to make a move into one of the secured eight spots for the team with a solid finish at Baltusrol.

Sleeper Pick: Jason Dufner – Ballstriker’s paradise is a term that is thrown around a ton when talking about golf courses, and that’s no exception with Baltusrol.  Well, Dufner is not only a great ball striker, but he’s also a former PGA Champion.  His game has been in decent form this year, even though he’s fallen outside of the top-50 in the World Golf Rankings.  He’s got a win under his belt at the CareerBuilder Challenge earlier this year, and although he missed the cut at the Masters, he had a top-10 finish at the US Open and a top-25 at The Open Championship at Troon.  I think he has another solid Top-25 here.

Fan Favorite: Andrew “Beef” Johnston – Man it’s hard not to like this guy.  After his performance and personality at The Open Championship two weeks ago, Beef has become a household name and a favorite among not only the fans, but the staff here at PluggedInGolf.  His European Tour win in Spain shows he has the game to win tournaments, and his Open performance shows he can handle the big stage.  Only time will tell if he can handle the newly found fame, autograph sessions, and Arby’s sponsorship.  Beef also had the quote of the week at this week’s pressers for the PGA Championship.  When asked what his favorite moment since his rise to fame at Royal Troon, Beef responded that it was the “time [he] got to spend behind the counter at Arby’s.”  And while Beef was afraid to make the sandwiches for customers, he definitely isn’t afraid to eat them.  Best of luck this week Beef.  The folks here at PIG are pulling for you.

Bust/Let Down Pick: Phil Mickelson – After his stellar runner-up finish at The Open two weeks ago, and his victory at Baltursol the last time the PGA was held here in 2010, it’s hard to not like Phil Mickelson.  While Phil has finally gotten his timing right, and has been playing better than ever, I don’t think he follows it up here.  Call it a gut feeling or me just being a “hater,” but I don’t like Phil at Baltusrol this week.

So there you have it folks.  Tom’s “not so” expert picks of the week.  Tune in to next week’s recap to see how terribly I did!