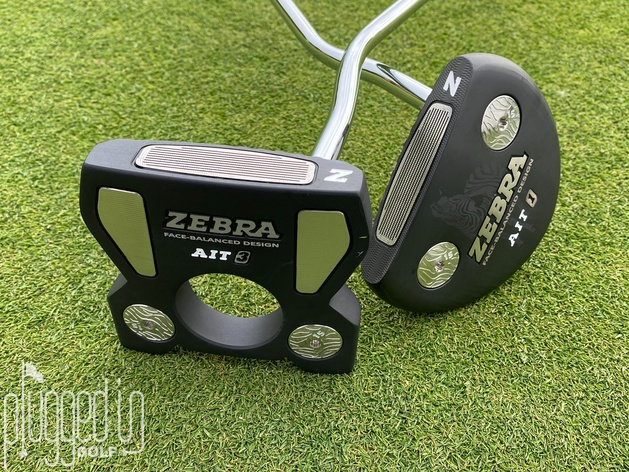 The new Zebra putters breathe modern performance into the classic Zebra aesthetics.  A mix of classic models and current styles mean there’s a Zebra for any taste. 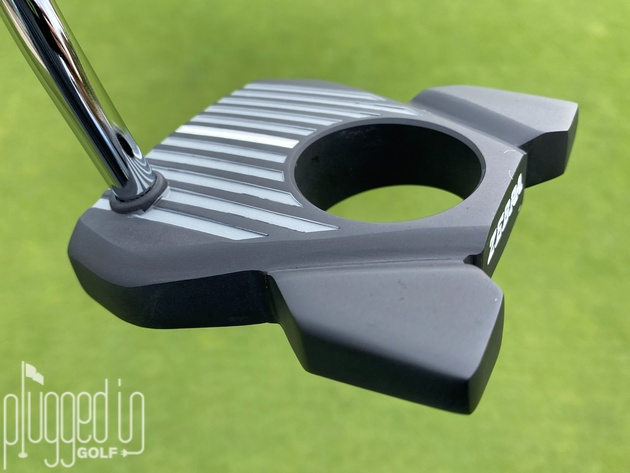 In 1976, Zebra putters were introduced to the world and quickly won The Masters in the hands of Raymond Floyd.  The chalked up a second major – The Open – with Nick Price in 1994.

Fast forward twenty six years, and Zebra Golf was brought back to life under the watch of Austie Rollinson.  Best known for his work with Odyssey, Austie has infused the classic Zebra style with modern performance elements.  We’ll take a look at two of the four offerings in their new line for this review. 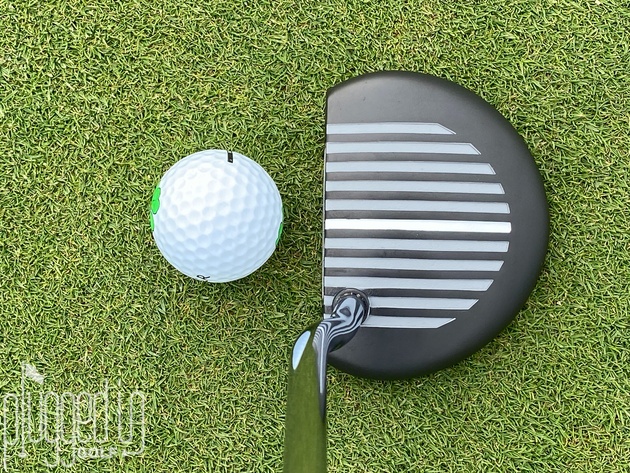 The Zebra AIT 1 putter is the reincarnation of the classic that most people think of when they hear, “Zebra putter.”  Per Zebra, this version has been “pumped up” (enlarged) compared to the classic to boost MOI and to make the Zebra stripes even longer.  The simple shape of the head balances the busy look of the stripes to give this putter a focused look at address. 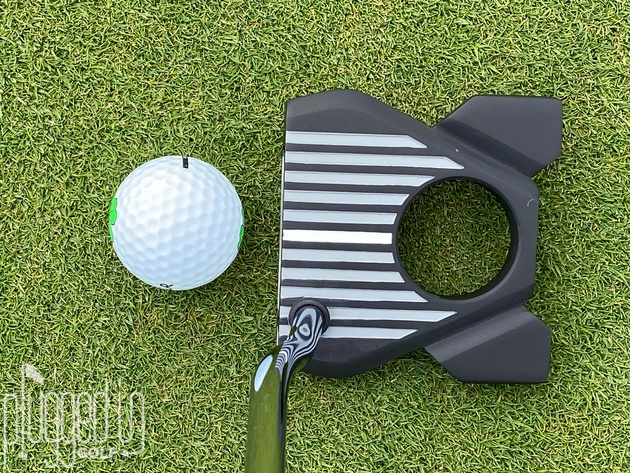 Zebra’s AIT 3 is the most modern of their four new offerings.  To my eye, the busy stripes fit naturally on this Spider-inspired shape.  It’s miles from traditional – and quite large – but I think it works.  Though I’m typically not big on exaggerated alignment tools, I like the way the circular cut out mirrors the ball. 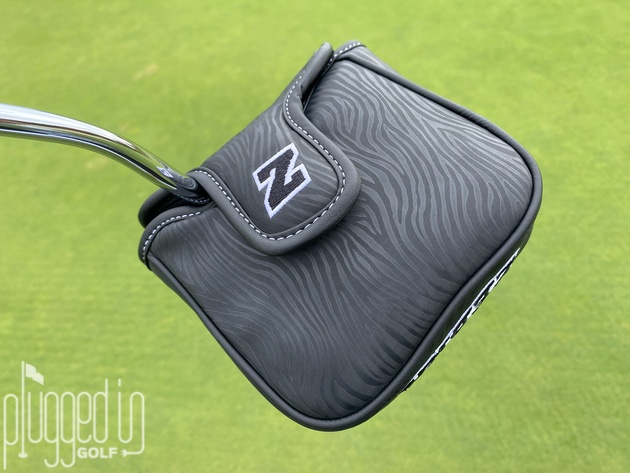 Zebra Golf did an excellent job giving their putters the attention to detail you’d expect from flat sticks with larger price tags.  Two things I particularly like are the zebra stripes on the underside of the head covers and the stripes on the adjustable sole weights. 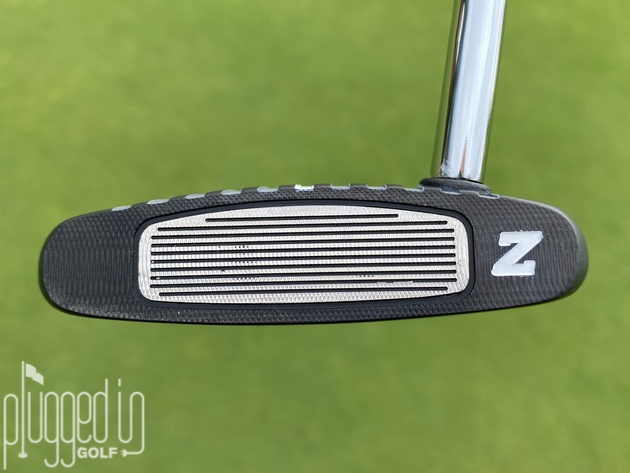 Zebra Golf utilizes a multi-layer face construction with the goal of creating a balanced impact sensation.  A layer of urethane sits under a steel face so that players get softness with responsiveness.

Both the AIT 1 and AIT 3 putters use the same face technology, but I found that they produced different impact sounds.  The AIT 3 was very quiet, making a pleasant “tock.”  In contrast, the AIT 1, while still quiet, was louder with a metallic “tink.” 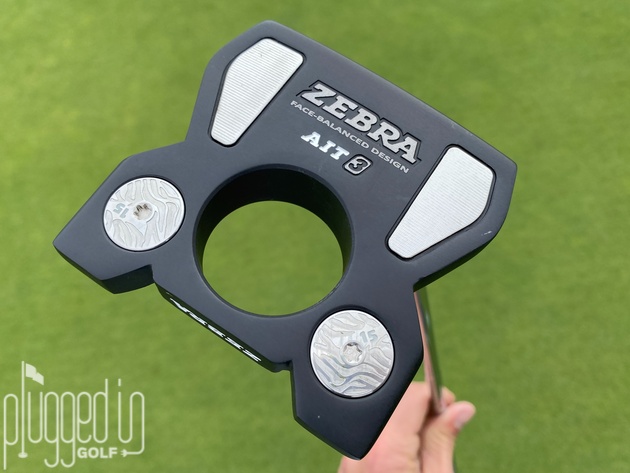 In both putters, I found a soft, medium-firm feel.  The AIT 1 seemed harder because of the sound, but when I isolated the feel, I found it to be the same as the AIT 3.

Both putters produced good feedback through the hands despite having fairly high MOI.  They also had noticeable audio feedback, though in different ways.  The AIT 3 got a bit louder when I missed the center.  The AIT 1 lost the metallic “tink” when putts were mishit. 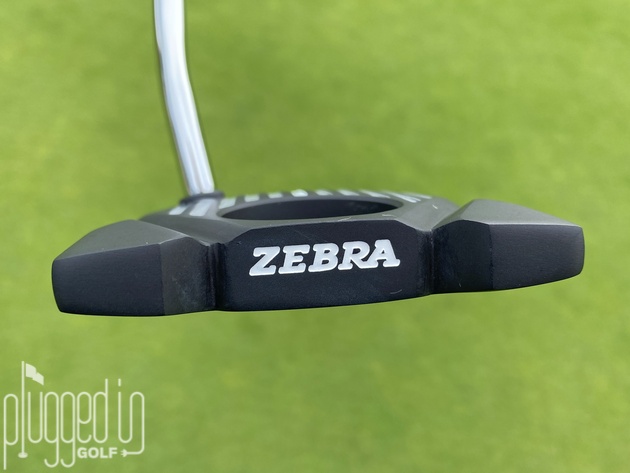 The new Zebra Golf putters have three major performance keys.  The first, of course, is the Zebra Stripe System, designed to improve alignment.  I did find both Zebra putters very easy to aim.  It’s a bit counterintuitive, but I felt more natural aiming the series of lines than I do with a single sight line.

Second, Zebra Golf claims that the groove pattern on their face adds friction to “impart topspin and lower launch angle.”  The ultimate goal here is getting the ball into “true roll” sooner.  I tested both the AIT 1 and AIT 3 against a standard milled putter on my Foresight GCQuad to see if this claim has merit.  It does.  I found that the Zebra putters were consistently producing “skid” distances that were roughly two inches less than the standard milled putter. 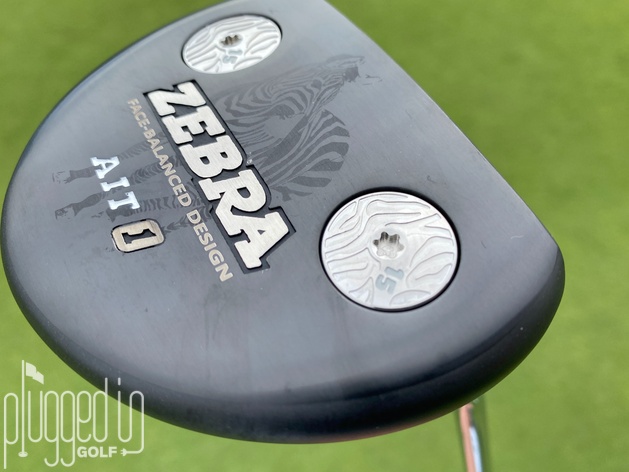 Finally, Zebra Golf uses both internal weighting and adjustable weights to boost MOI.  More weight in the heel and toe means that the putter won’t twist as much on mishits, keeping those putts on line and getting them closer to the hole.  The putters come with 15 gram weights in the toe and heel, but Zebra will soon offer weights at 10, 20, and 25 grams, too.

There are four putters in Zebra Golf’s current line.  In addition the AIT 1 and AIT 3, there is the AIT 2 – a fang-style putter.  All three of these putters are face balanced.  The final putter, the AIT 4, is an Anser-style putter with a plumbers neck and, per Zebra, 25 degrees of toe hang. 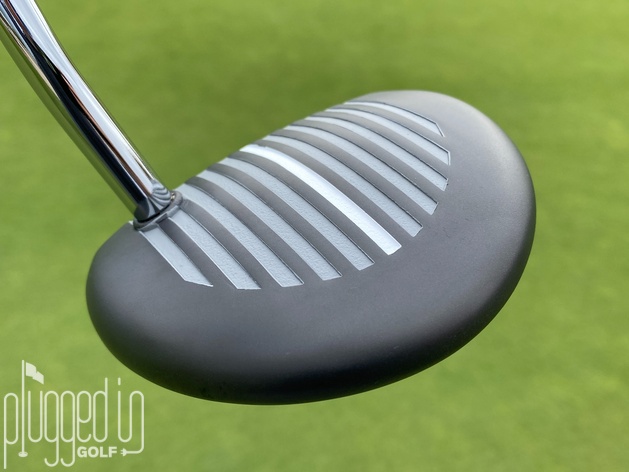 The new Zebra Golf putters do a great job of breathing new life into a classic.  There are contemporary head shapes as well as traditional models, and every putter gets a dose of modern performance elements.  Whether you want to revisit your glory days or check out a classic you didn’t get to play the first time around, these are worth a roll.