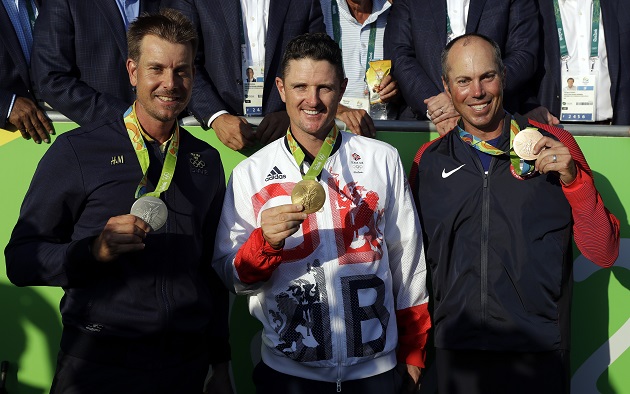 On Sunday, Great Britain’s Justin Rose captured the first Olympic gold medal awarded in golf in over 112 years.  The event, held at the newly built Olympic Golf Course in Rio de Janeiro, Brazil, was the first time golf has been featured on the Olympic schedule since 1904.  The course was constructed specifically for the Olympic event as part of an environmental recovery project, and will be open to the public after the games conclude.  The course is a 7,128 yard layout that plays to a par-71 and offers a links-style feel with tons of bunkers and waste areas across the course.  Throughout the week, the course in conjunction with weather, proved to be quite the challenge for golfers from all over the world, some of whom are household names from the PGA Tour, and other not so familiar faces to even the biggest of golf fans.  At the end of the day, however, it was three of those PGA Tour household names who ended up walking away with the hardware.

The first two rounds of play were plagued with heavy rains and tormenting winds, with Australia’s Marcus Fraser holding the top spot at 10-under par posting an Olympic Record 63 and 69 for the first and second rounds.  Once the weather seemed to subside, Fraser saw himself falling down the leaderboard.  Come Sunday, it had developed in to a two-horse race between Great Britain’s Justin Rose and Sweden’s Henrik Stenson, who posted rounds of 65 and 68 respectively on Saturday.  Heading into Sunday Rose held a one shot lead over Stenson, sitting at 12-under par after the first three rounds.

Before Stenson and Rose tee’d off on Sunday, plenty of others in the field were showing that low scores were out on the course for the final round.  Spain’s Sergio Garcia posted a final round 66, Thomas Pieters of Belgium fired off a 65, and American Patrick Reed had the second lowest score of the day carding a final round 64.  Stenson and Rose went shot for shot all day in a match-play-like battle for the first Olympic Golf gold medal in 112 years.  Rose made four birdies to go along with one bogey on the front, making the turn at 3-under.  Stenson matched that score with his bogey-free front nine that included three birdies.

While Rose and Stenson  stayed consistent in their battle on the back nine, American Matt Kuchar made his charge for the medal stand.  Kuchar began the day at 5-under par, and seven shots behind Rose.  He made four birdies on the front nine, and after his eagle at the 10th, appeared to be in position to make a run for the top of the leaderboard.  After getting through the hardest holes of the week (11 to 14) without a bogey, Kuchar made clutch birdies at 15 and 17.  Unfortunately, Kuch missed a key birdie at 16, and left his birdie putt short on 18 that would have put him in position for a silver medal.  He finished his final round with the lowest score of the day with an 8-under 63, tying Marcus Fraser’s Olympic Record that he posted in the opening round.

Kuchar’s final score left Rose and Stenson in a tight race for the gold, that was all square heading to the par-5 18th.  After solid opening shots, both players were left with medium-ranged pitches into the green for their thirds.  Stenson’s pitch found the center of the green, but left him a lengthy putt for his birdie.  Rose showed his nerves of steel, and stuck his wedge to tap-in distance with one of the most clutch shots I have seen in recent memory (outside of Stenson’s Open Championship performance).  With Rose almost certainly in for birdie, Stenson took an aggressive line at the hole that blew about five feet by the cup.  He was unable to convert his next putt as well, giving him a bogey on the last, leaving the gold all but in Rose’s hands.  Rose stepped up and drained his birdie putt finishing the day with a 4-under 67 giving him the gold with a 16-under finish.

The Olympics are a completely different event in that players aren’t vying for a ton of cash, and a victory here nets you an Olympic Medal and a ton of pride in yourself and country to go with it.  Unlike the Tour, a second and third place finish get you fame and recognition as well, in the form of a medal, and not just a behind the scenes paycheck. Although household names Justin Rose, Henrik Stenson, and Matt Kuchar walked away with the hardware from Rio, everyone who participated in the event was a winner (and a few world ranking points were handed out).  Not only is representing your country in the Olympics is a huge honor that most train and strive for all of their lives, but doing so in a sport that was absent from the games since 1904 is that much better.  Seeing the emotion on the faces of Rose, Stenson, and Kuchar tell the whole story, and Kuchar explained it best in his post-round interview when he said that it is a “unique feeling.”  For all of the athletes, they not only had the experience of a lifetime, but also helped introduce the game to many who were not familiar with the game all of us know and love.  For many in the gallery, it might have been the first time they had seen professional golf ever, let alone in person.  It seemed like an unforgettable experience that maybe Sergio Garcia may have summed up best with his tweet that “Whoever said @olympicgolf didn’t mean anything must’ve been on drugs cause this is absolutely amazing!!! Coming to Rio, my best decision ever.”

I absolutely loved the event, and cannot wait for 2020 in Tokyo, and hopefully beyond (depending on how the International Olympic Committee votes).  To Matt Kuchar, Bubba Watson, Rickie Fowler, and Patrick Reed who represented the US in Rio, along with all of the other golfers who competed, we say thank you for an unforgettable tournament. 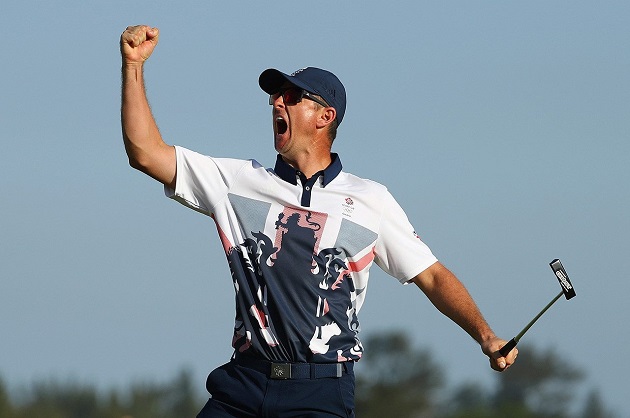 *The Tensei CK White is a prototype set to be released in October by MRC.  The Tensei White is a lower launching version of the Tensei Blue 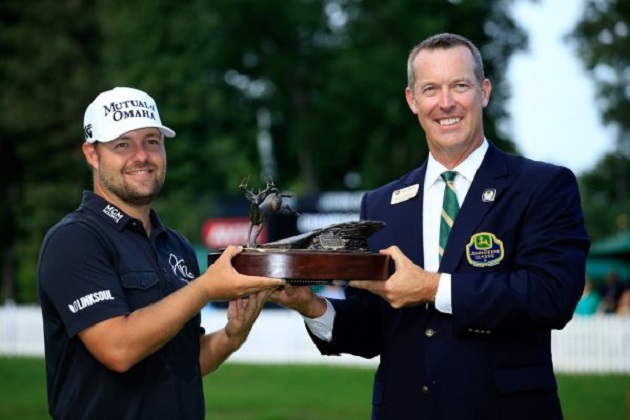 Ryan Moore carded a final round 67 at the John Deere Classic this weekend, held at TPC Deere Run in Silvis, Illinois.  Moore turned in an all-around great performance with all four of his rounds under 70, with his scores for the week of 65, 65, 65, and 67.  Moore’s final round got off to a hot start, pouring in birdies at the par-5 2nd and the par-4 4th.  After four consecutive pars, he turned in another birdie on the final hole of the front nine, making the turn with a 3-under 32.  Moore opened up the back nine with yet another birdie at the par-5 10th, and from there on it was smooth sailing.  He finished the round with eight consecutive, steady pars, closing out a final round 4-under 67, putting him at an incredible 22-under par for the week, and two shots clear of runner-up Ben Martin.

The victory marks Moore’s first win on Tour in 2016, making this his third consecutive season with a victory.  It is also his fifth Tour win all time.  Moore is no stranger to success at the John Deere Classic, so his win comes as no surprise to many.  His last twenty-three rounds at TPC Deere run have all been under par, and only two of those have been 70s.  The win also marks the second PGA Tour win for PXG, who have hinted at making a few more signings with the fallout of Nike Golf.

Up next for Moore and the rest of the gents on Tour?  The Wyndham Championship at Sedgefield Country Club, the final event before the FedEx Cup Playoffs. 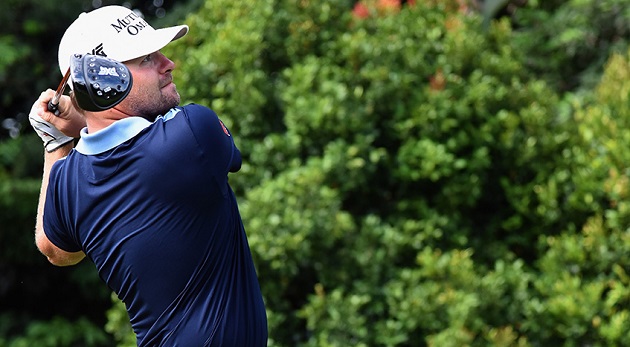