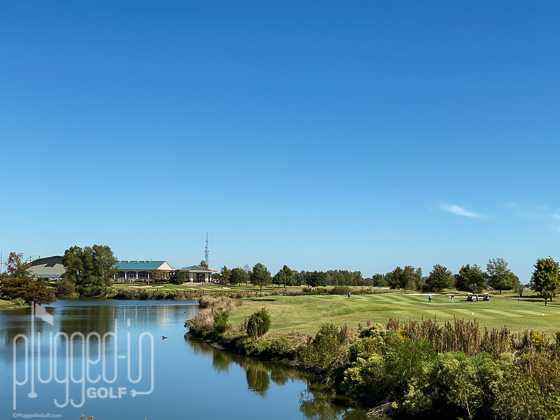 Tunica National golf course is one of the best courses in Mississippi.  Excellent conditions, testing layout. 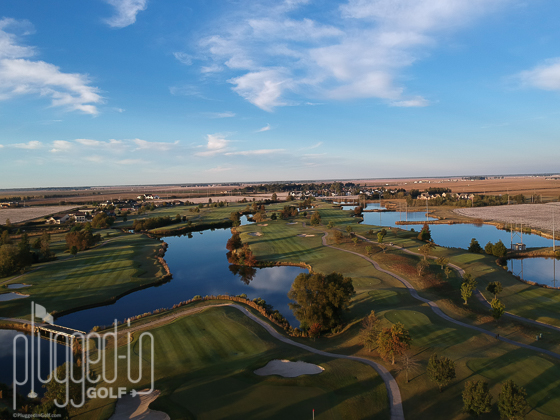 If you’re looking for a capstone golf experience to tie together your tour of northern Mississippi, you’ll find it at Tunica National.  With a championship quality layout and superior conditioning, it’s a standout in the region. 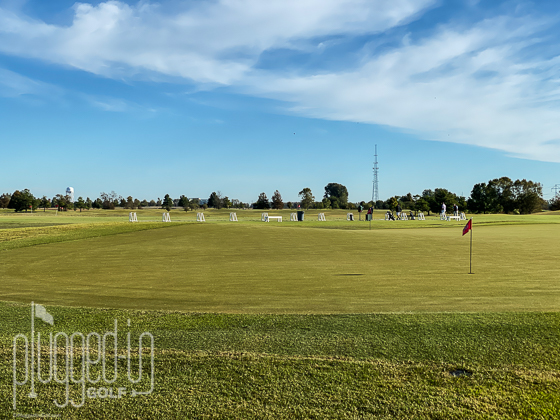 The practice facilities at Tunica National are outstanding.  There’s a huge driving range, a large practice putting green, and an excellent short game area.  In addition, Tunica National has a six-hole par 3 course.  The conditions are marvelous.  This is the kind of practice area that a range rat will never want to leave. 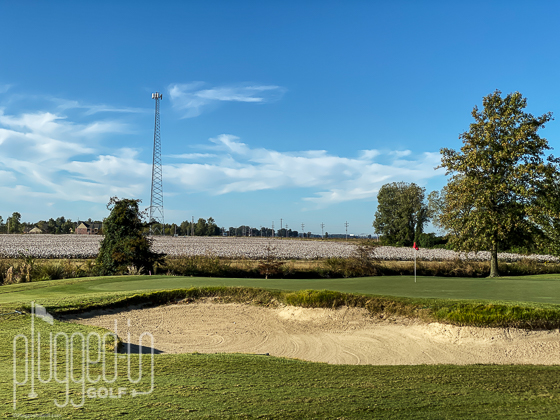 With its 20,000 square foot clubhouse, Tunica National is not short on amenities.  This is evident from the moment you step into the pro shop which is fully stocked with every kind of soft good and a full selection of clubs from Titleist and Callaway.  The clubhouse is also home to an excellent grill room where the fried catfish is a must have.

On the course, each cart is equipped with a basic GPS that provides yardages to the front, center, and back of the green. 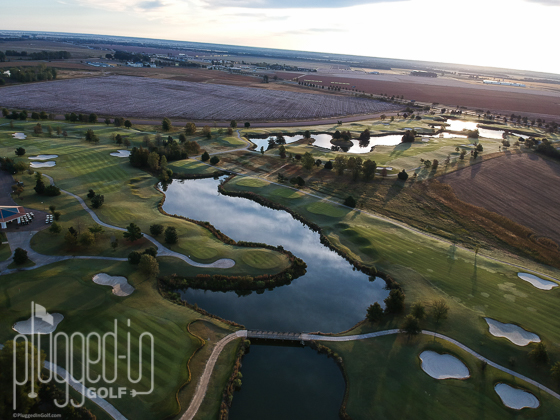 With water visible on almost every hole and a tremendous variety of flora, Tunica National is the most beautiful course we played on our tour of northern Mississippi.  Adding to the rolling terrain and trees are the cotton fields that border the course.  They not only add an unusual visual element, they give the course a wonderful sense of place. 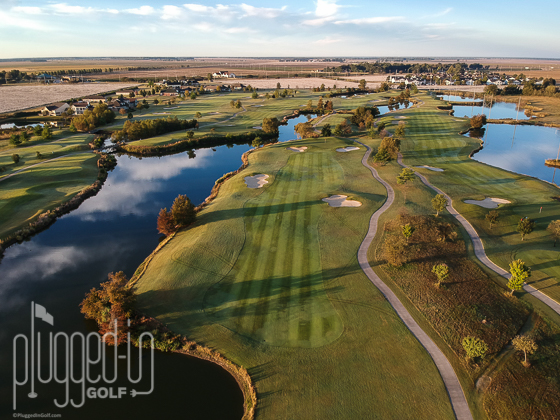 Tunica National challenges players off the tee with deviously placed fairway bunkers.  On every hole, there is sand in the landing area of your driver.  Not only are these bunkers placed in the perfect spots, they’re elevated to take up a disproportionate share of the player’s view.  Even when it’s possible to carry them, they look intimidating. 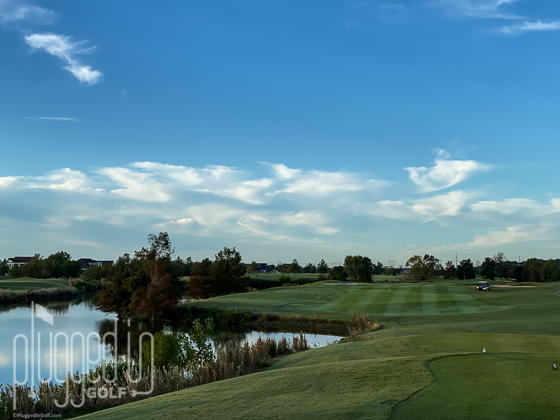 With five sets of tees stretching from 7,204 yards to 5,180 yards, Tunica National can challenge players with prodigious length or welcome those with slower swings.  First time players should be aware that there is plenty of wind at Tunica National, so picking a yardage that is at the very edge of your ability may be a decision you regret. 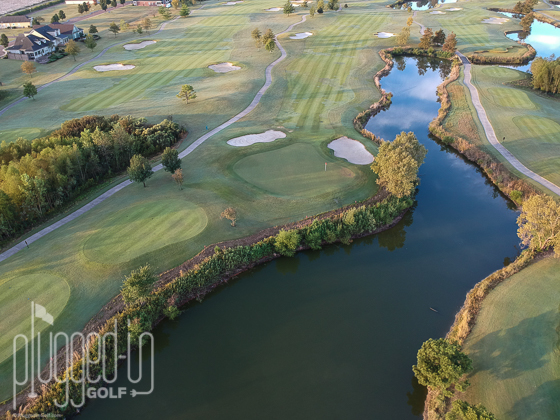 The terrain at Tunica National has rolling elevation changes but nothing that will require you to club up or down.  What will affect your club selection is the wind.  Being able to flight your ball down is a significant advantage.

Missing fairways does not carry a stiff penalty at this course.  The Bermuda rough is kept at a modest length, so only the worst lies will affect your approach. 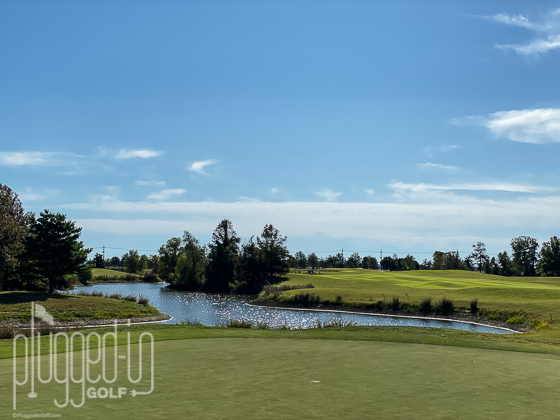 Though water is seen near many of the greens at Tunica National, it shouldn’t come into play.  Very few of the water hazards get close to the edge of the putting surfaces, and every hole gives you the option to play to a safe side.  If you can avoid pin hunting and give the wind its due respect, you should keep your ball dry. 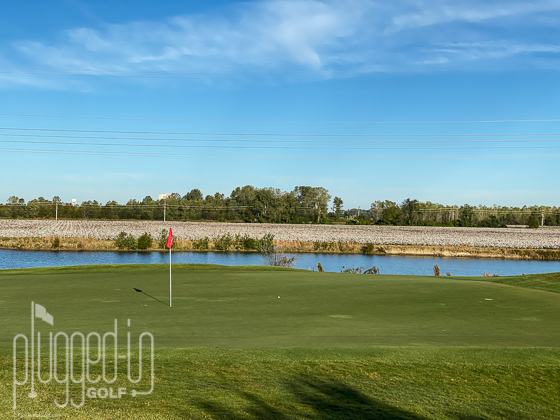 The greens at Tunica National are smooth and quick.  Add that speed to the medium-sized contours and you have a recipe for significant breaks.  Even though the greens aren’t particularly large, three-putts are not uncommon, especially for players who find themselves above the hole. 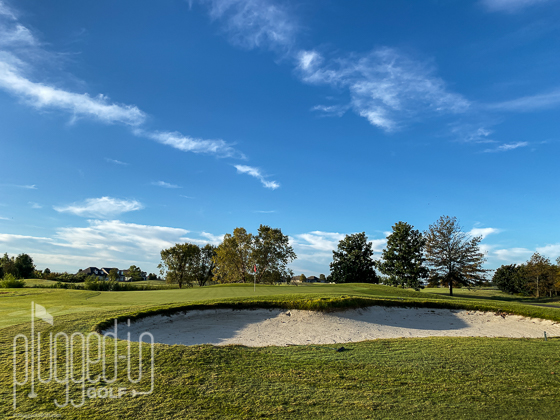 While bunkers dominate play off the tee, they’re used more sparingly around the greens.  Many of them still take up a disproportionate amount of visual space, but the reality is that they should be easy to avoid.  If you take enough club to ensure that your ball carries to the green, you’ll take the majority of the sand out of play.  Players lacking the discipline to take enough club better bring a solid bunker game – these traps are deep. 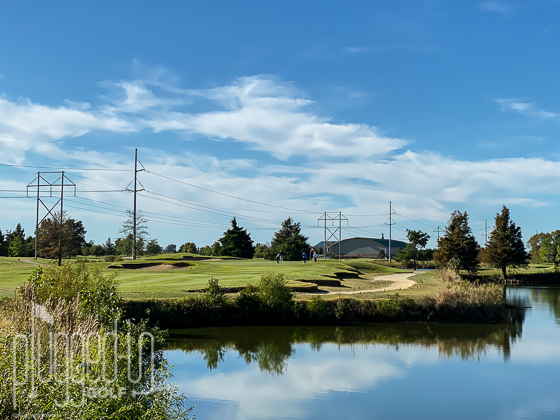 Landing the ball in the fairway requires threading a quartet of visually intimidating bunkers.  If you’re not afraid of the rough, ignore the fairway and make a beeline for the green.  The second and third shots are menaced by water on the right and one more bunker roughly 50 yards from the green.  Three bunkers ring the front of this green meaning you can only get there in two with a towering (or very lucky) shot.

Water lurks to the right of the prettiest one shotter at Tunica National.  This mid-long iron shot needs to be played over water if you’re playing from the back tees.  Golfers opting for more forward tees get the advantage of being able to run the ball to the green.

Rated as the easiest hole on the course, this dogleg left gives you two options.  The conventional route is to play two medium length shots around the dogleg.  The bolder play is to go straight to the green over the bunker on the left. If you carry the bunker, a downslope will give you loads of extra yardage leaving only a flip wedge into the green. 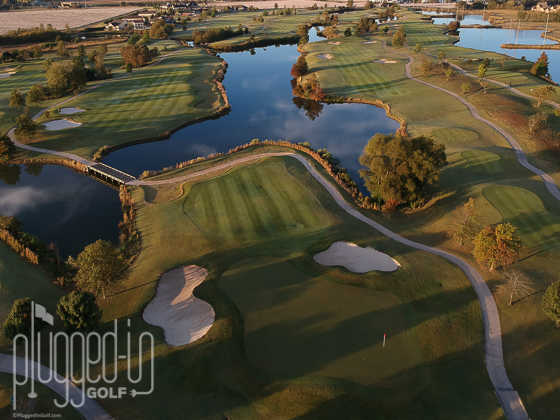 Despite the premium experience, Tunica National doesn’t stray from Mississippi’s formula of delivering great value.  With a maximum weekend rate of $65, few courses deliver better conditions for the money.  If you’re traveling in northern Mississippi, Tunica National is a definite must-play.