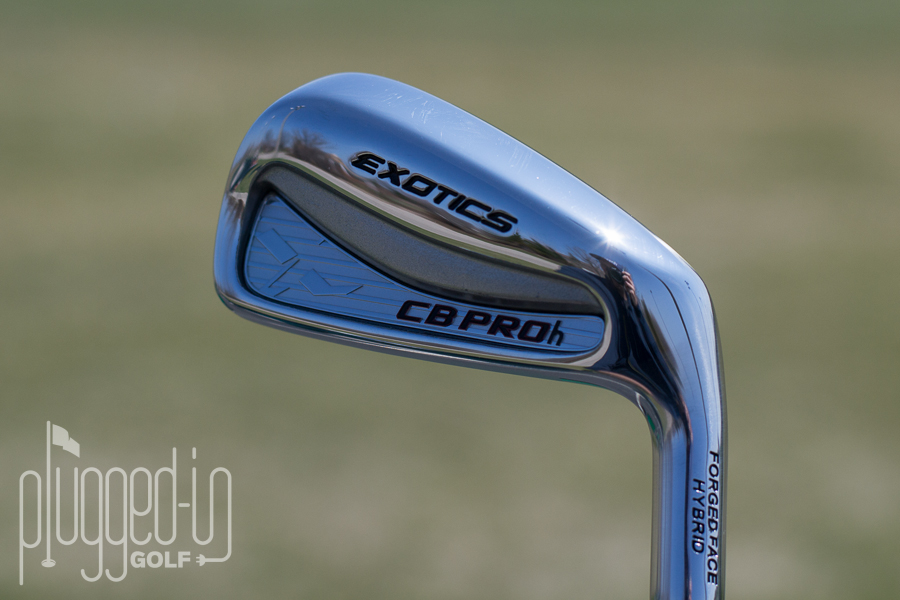 One of the easiest-to-hit driving irons on the market.  Great choice as a driving iron or a long-iron replacement.

You could be forgiven if you only thought of fairway woods when you heard “Tour Edge Exotics.”  For years, the company has been synonymous with some of the best-performing fairway woods in the game, but that doesn’t mean they can’t deliver killer product in other areas as well.  Case in point: the Tour Edge Exotics CB PROh irons.  Available as a full set or individually, these irons are packed with technology and forgiveness.  In this review, we’ll focus on the 18° 2-iron/driving iron. 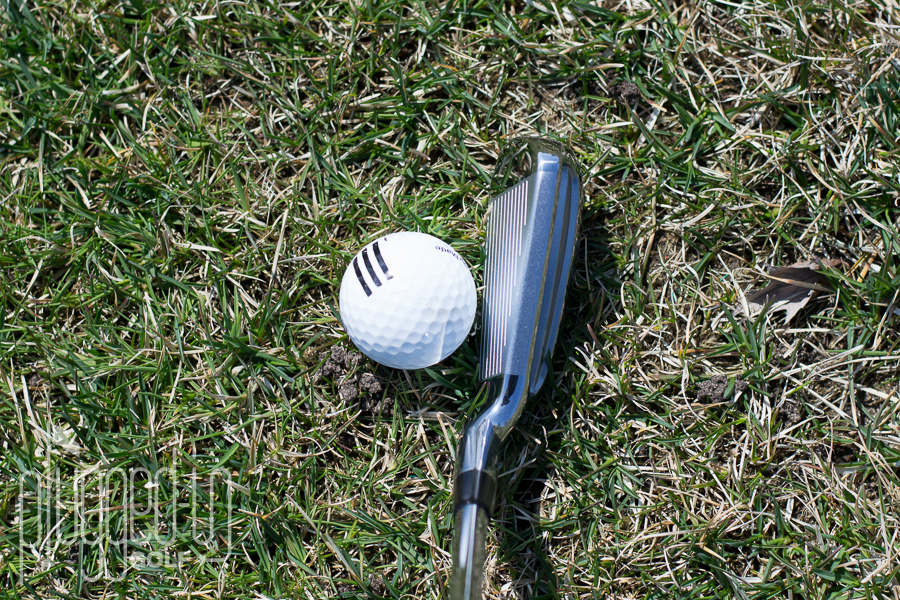 At address, the Tour Edge Exotics CB PROh has a topline that is neither thin nor fat and a modest amount of offset.  Overall, the size of the blade is not too large, something purists should appreciate.

The one aesthetic complaint that some will have is that there’s a fair amount of golf club visible behind the topline at address.  This extra size may not be visually appealing, but it’s what gives the club its forgiveness and high launch. 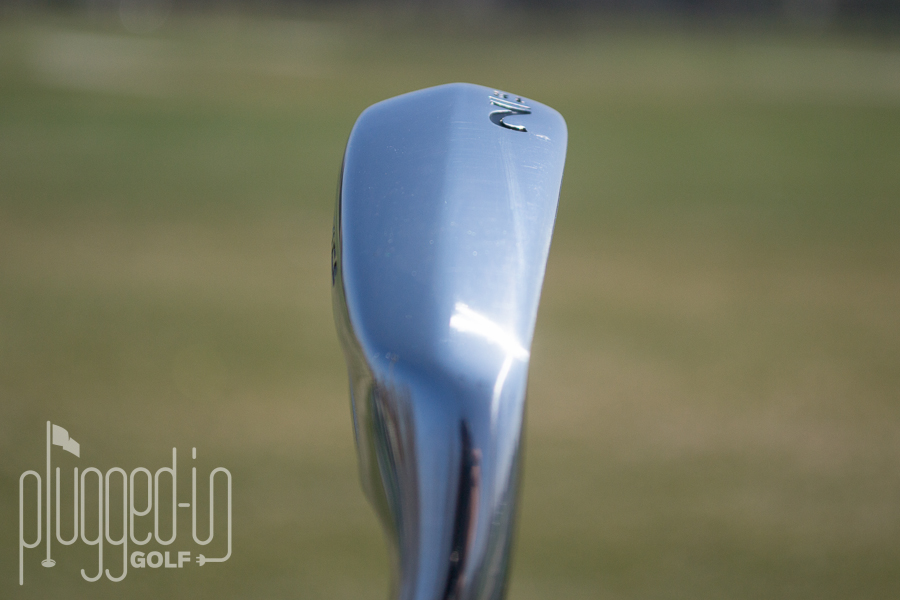 The feel off the face of the CB PROh is at once soft and hot.  The softness comes from the fact that the face is forged.  The hot, springy quality can be attributed to the fact that the head is hollow, allowing the face to flex and produce more ball speed.

The forged face does more than produce a soft feel; it also improves the feedback.  Any player will be able to instantly know where they hit the ball on the face. 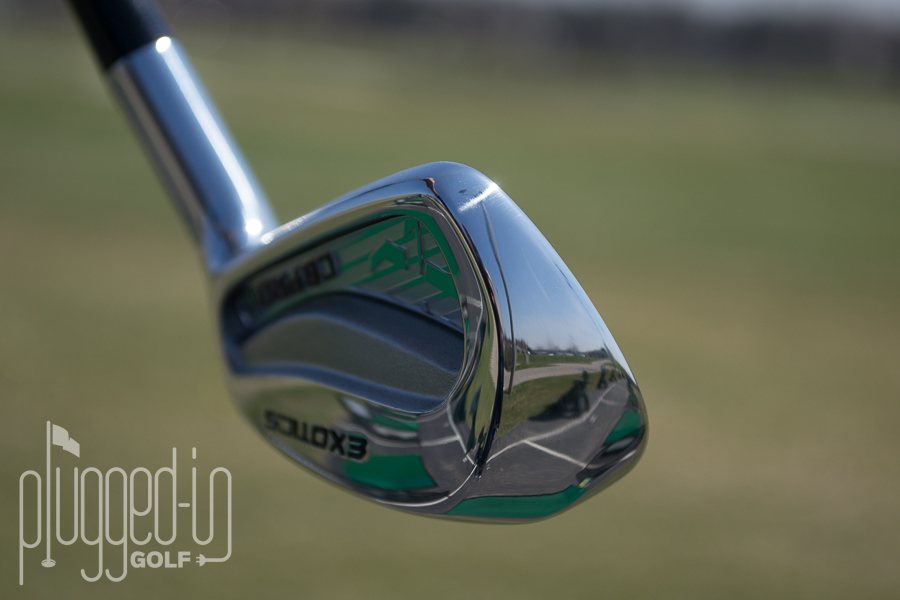 The main reason that someone would hit a driving iron is to make sure they hit fairways, and the CB PROh will definitely help with that.  I found that this club really wants to go straight.  My one caveat is that there are a number of different stock shafts available, and it’s important that you pick the right one if you want maximum accuracy.

Additionally, among the current crop of driving irons, the Tour Edge Exotics CB PROh is one of the best performers.  It delivers strong ball speed due to the hollow design.  Ball speeds from the CB PROh were substantially higher than from “traditional” driving irons, and, of course, more ball speed means more distance.

Finally, the CB PROh launches slightly higher than comparably lofted driving irons.  This is not to say it launches as high as some hybrids or that the 18° model will produce moon balls, but it is easier to elevate than most other driving irons I’ve tested.  I would add that while many players might think that the 18° 2-iron is the obvious choice for a driving iron, many players, myself included, may see more total distance from the 21° 3-iron. 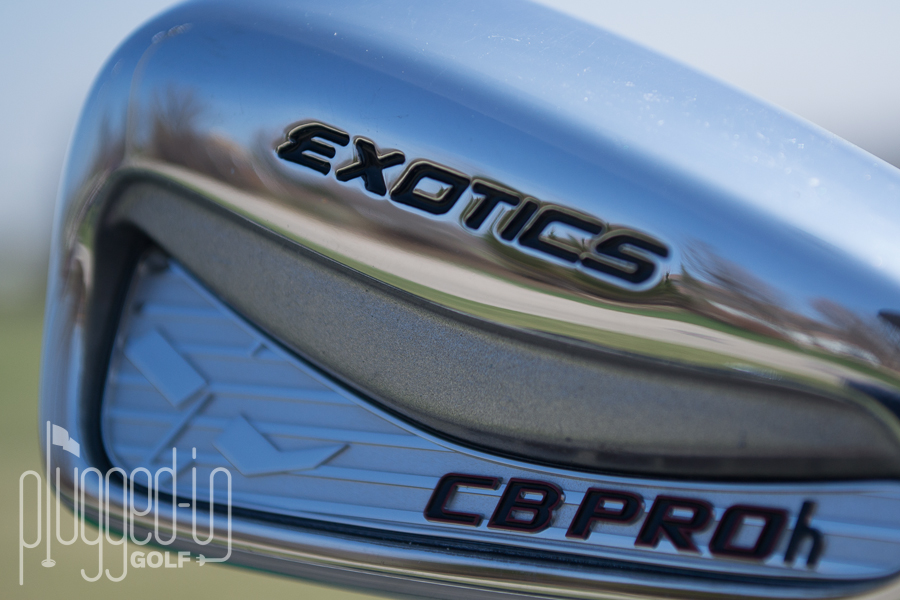 While there have been a rush of driving irons released lately, few have the impressive technology of the Tour Edge Exotics CB PROh.  This club is extremely accurate while delivering good ball speeds.  Also, it’s a driving iron that a wide range of players can use successfully because it’s forgiving and easy to get airborne.

The Tour Edge Exotics CB PROh irons are available as an 8-piece set for $600 or $700 depending on the shaft.  Individually, the CB PROh irons cost $99.