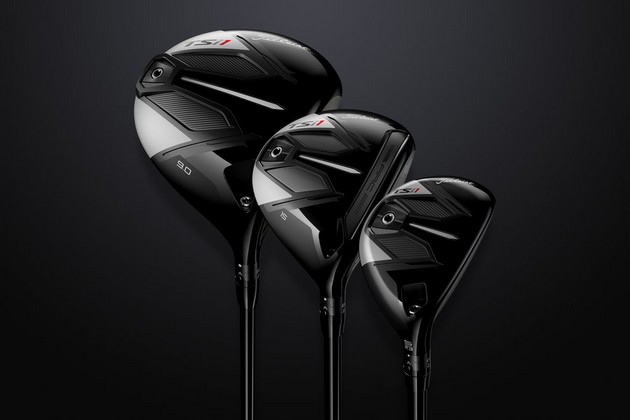 CARLSBAD, Calif. (February 17, 2021) – Building upon the overwhelming momentum and immediate success of the popular TSi2 and TSi3 metals, Titleist introduces the new, comprehensive TSi1 family, engineered for the moderate (less than 90 mph) swing speed player seeking increased club and ball speed with control off the tee and from the fairway. The moderate swing speed player represents approximately 30 percent of all golfers making the TSi1 metals an important offering to maximize their performance potential.

The new TSi1 drivers, fairway metals and hybrids will be available for fittings beginning February 17 and in golf shops on February 26.

TSi1 DRIVER: “With the new TSi1 driver, we focused on how to deliver even more speed than we did with the original TS1 for that player,” said Stephanie Luttrell, Titleist Director of Metalwood Development. “We maintained the launch, spin and draw bias, while successfully accomplishing our goal of increased club and ball speed with the combination of new aerodynamic head shaping, higher inertia and moving the CG closer to face center.”

An Ultra-Lightweight 460cc driver, the TSi1 is almost 40g lighter than standard drivers. It is high launching with mid spin and is the most draw biased Titleist driver through CG positioning. By reshaping the head, engineers were able to move the CG closer to face center, which results in more ball speed versus the original TS1.

“It’s important that we look at the overall weight of the driver,” said Josh Talge, Vice President, Titleist Golf Club Marketing. “For this audience, the moderate speed player, they are going to perform better with a lower overall club weight. Secondly, it has all of the attributes of the TSi2 and TSi3 in terms of material, aerodynamics, and all of the CG locations, but we’re doing it with a lighter weight head. The combination really gives that total performance to the player for whom it was developed.”

Like the TSi2, TSi3 and TSi4 drivers, the TSi1 also features the ATI 425 Aerospace Titanium Face. Faster in the air and faster at impact, all Titleist TSi drivers push the boundaries of speed through advanced engineering and material breakthroughs. This new face construction has previously never been used in golf and helps produce the longest, straightest, best-looking, and best-sounding Titleist drivers ever. Made by a single foundry in Pittsburgh, ATI 425 was initially developed for ballistic armor applications and has since been used in many aerospace and commercial aircraft solutions, including jet engines and NASA’s Phoenix Mars Lander. Titleist is the only company in golf that uses this material.

TSi1 FAIRWAY METALS: “One of the things that we heard pretty regularly when we launched TS1, was golfers really liked it and they wanted a fairway to go with it,” said Talge.  “We know this moderate swing speed player is a sweeper and needs help with launch, so we developed a low profile set of TSi1 fairway metals. Some of the moderate swing golfers we tested said they could never even play a fairway before they hit the new TSi1. They picked up speed, they picked up launch angle, and the mid-spin design kept the ball in the air longer.”

The TSi1 fairway metals are a true lightweight setup – almost 50 grams lighter than standard fairway metals. This was accomplished by taking 10 grams of weight out of the head while maintaining the MOI at the same level as the TSi2 fairways. To accomplish that, the CG depth is positioned further back which contributes to higher launch. Like the driver, lightening up the overall weight for fairway metals delivers the club speed, brings more ball speed, and gives that player a lot more playability and consistency.

“We have seen many tour players put higher lofted fairway metals, especially 7-woods, in the bag since the introduction of the TSi line,” said Talge.  “While the TSi1 is not a tour product, the interest in them by players at the highest level has exposed an opportunity to expand to the moderate speed player and offer higher lofted fairways (15º, 18º, 21º, 23º), which we have never done before.”

The TSi1 features an Aldila Ascent 40g lightweight shaft offering, a lightweight Golf Pride grip, and the head is 10g lighter. By taking 40 to 50 grams out of the overall club weight, the TSi1 is a perfect fairway metal option for slow to moderate swing speed golfers.

TSi1 HYBRIDS: “The TSi hybrid is a totally new shape for Titleist,” said Talge. “This is the perfect complement to the lightweight TSi drivers and fairways. It has a bigger sole, the highest MOI, and is the most forgiving of any hybrid we’ve ever made. It has an extremely low CG and is 20 grams lighter than a standard hybrid.”

The larger profile, ‘wood-type’ TSi1 hybrids are engineered to deliver high launch and mid-spin, and feature a 455 Carpenter Steel Forged Face. It also has a deeper CG for high MOI and exceptional stability and speed across the face. The Titleist TSi1 hybrids range in lofts from 20º to 29º. In testing, moderate swing speed players preferred it, especially when they were able to generate more club speed and more distance.

TSi1 ULTRA-LIGHTWEIGHT CONFIGURATION: From clubhead to grip, TSi1 metals have been strategically engineered and weighted to deliver maximum launch and distance at moderate swing speeds. By bringing TSi technology into this extremely lightweight configuration and adding a slight draw bias, Titleist been able to produce dramatic benefits for this group of players. 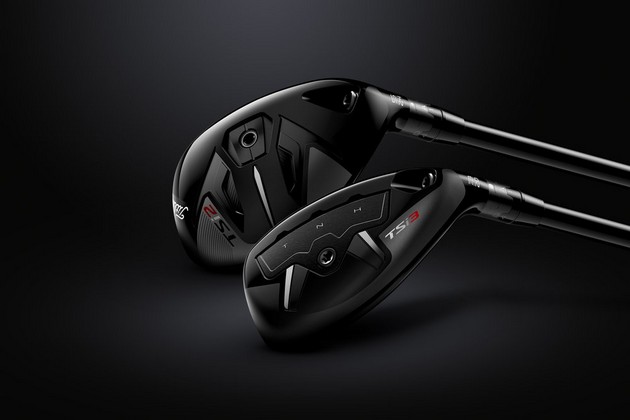 Titleist has consistently promoted hybrids as scoring clubs – as opposed to rescue clubs – and the new TSi2 and TSi3 hybrids represent a new standard within the category. Engineered for golfers seeking long iron replacements, these new hybrids offer two distinct looks and performance options, including improved adjustability, sound and feel.

The new hybrids complete the popular TSi metals line, complementing the TSi2 and TSi3 drivers and fairway metals, which have gained considerable momentum across the worldwide professional tours and in the marketplace since their November introduction. Both models feature Carpenter 455 forged faces.

“One of the key points of difference in fitting and performance between the new Titleist TSi hybrids and the competition is the level of adjustability we offer, especially in the TSi3,” said Josh Talge, Vice President, Titleist Golf Club Marketing. “We all stress that golfers should be custom fit for drivers and irons, so why not hybrids? The golfer may need or want to increase or decrease loft, add a degree upright or make the club flatter. Those adjustability options are available with the new TSi hybrids and we think that, in combination with outstanding performance, sets these hybrids apart.”

TS HYBRID PERFORMANCE & TECHNOLOGY: The improved performance of TSi hybrids is driven by the innovative Titleist Speed Chassis, featuring technologies originally developed for drivers and fairways and now optimized for each hybrid shape: 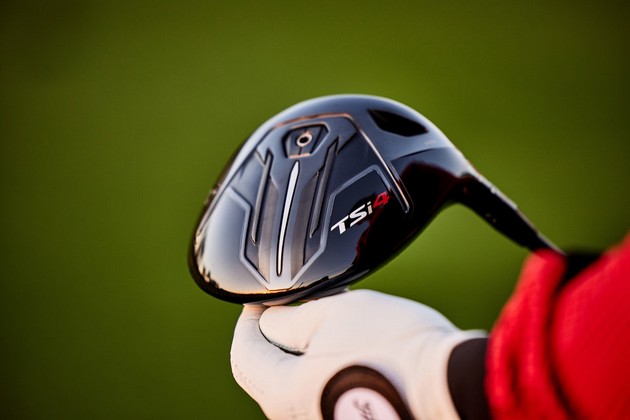 The introduction of the new Titleist TSi4 driver provides golfers seeking ultra-low spin performance with the advanced speed and distance gains that have made Titleist TSi2 and TSi3 the most played driver models this season on the PGA Tour.

The new TSi4, the driver choice of Adam Scott, Russell Henley and Richy Werenski, among others on the PGA Tour, is engineered to be a high-speed, ultra-low spin design – challenging the notion that a driver designed for extreme spin reduction can’t produce that level of ball speed.

“The TSi4 fulfills the ultra-low spin product within our TSi lineup,” said Stephanie Luttrell, Director of Titleist Metalwood Development.  “For those players that need aggressive spin reduction to improve their distance, we now have that product in the TSi lineup.”

The Center of Gravity (CG) is the lowest in the TSi family of drivers and it is also the most forward. That allows the driver to deliver less dynamic loft and less spin at impact, providing that low spin promise. A higher Moment of Inertia (MOI) in the TSi4 also contributes to a higher launch, overall trajectory, and produces more distance for that target player. At 430cc, with a very classic, small pear-shaped profile and improved sound and feel, the TSi4 is also the most workable of all TSi drivers.

“In general, high spin comes from players that either come over the top, have a steep attack angle, or are adding significant loft at impact,” said Luttrell. “So, the TSi4 is not strictly reserved towards high speed players, but absolutely dedicated towards all golfers who require spin reduction in order to improve their distance by producing a longer, more piercing ball flight.”

ATI 425 AEROSPACE TITANIUM FACE: Faster in the air and faster at impact, all Titleist TSi drivers push the boundaries of speed through advanced engineering and material breakthroughs – including a new ATI 425 Aerospace Titanium face construction never before used in golf – that combine to produce the longest, straightest, best-looking, and best-sounding Titleist drivers ever.

From the top of the swing, TSi’s player-tuned aerodynamics propel the clubhead faster toward the golf ball. At impact, the extremely powerful ATI 425 face launches the ball with added speed. High inertia properties produce an extremely stable clubhead, providing players with more consistent speed and spin across the face for longer, straighter drives.

ATI 425 Aerospace Titanium is a unique material that delivers superior strength, elasticity and durability versus the conventional titanium alloys used in golf. The exceptional ductility of ATI 425 (30 percent higher than 6-4 Titanium) allowed engineers to produce Titleist’s fastest driver face, while maintaining the durability properties required for consistent maximum performance.  Made by a single foundry in Pittsburgh, ATI 425 was initially developed for ballistic armor applications and has since been used in many aerospace and commercial aircraft solutions, including jet engines and NASA’s Phoenix Mars Lander. Titleist is the only company in golf that uses this material.

PLAYER-TUNED AERODYNAMICS & SOUND: The improved shaping of the TSi4 allows the club head to move faster through the air and deliver more power at impact. The TSi4 has been aerodynamically engineered to reduce drag up to 6 percent (versus prior generation TS4 model), increasing club head speed for greater ball speed and distance.

MULTI-DIMENSIONAL STABILITY: While golfers often equate “high MOI” with heel to toe forgiveness, Titleist R&D employs a more holistic approach to MOI design. TSi optimizes sole to crown performance by producing higher inertia values versus the prior generation TS models and delivers more speed and a tighter launch and spin range up and down the face. TSi’s speed-optimized MOI works in concert with a low and deep CG position to drive faster ball speed with a high launch, low spin trajectory and exceptional stability for greater distance consistency.

CT TESTED AND MAXIMIZED: Every TSi4 driver is precision manufactured to the tightest tolerances and measured multiple times to ensure performance is at the maximum allowable limit.

ULTRA-THIN TITANIUM CROWN: The thinnest cast titanium crown in the game allows weight to be redistributed low and forward for reduced spin.