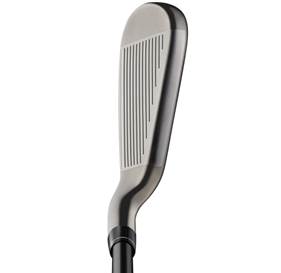 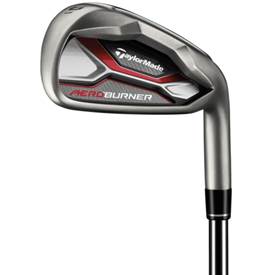 An all-new product to the TaylorMade stable, AeroBurner irons follow in the footsteps of the AeroBurner metalwoods. Built for distance through speed, AeroBurner irons are designed with a new performance package to deliver unsurpassed stability and explosive distance.

Stretching the limits of innovation, the Aeroburner iron features an up-to-the-limit COR face design engineered to maximize ball speed off the clubface. A low center of gravity (CG) generates high launch and great feel throughout the set. Additionally, the high-MOI head design provides enhanced forgiveness and stability on balls hit across the clubface.

Aesthetically, the AeroBurner irons feature a dark, matte head finish found most recently in the SpeedBlade irons. The darker finish reduces glare off the clubface while delivering a sleek look. A longer blade length, more offset and thicker topline give golfers an inspiring, confidence-boosting appearance at address.

“The AeroBurner iron breaks the mold of the typical distance iron and brings distance to all golfers,” said Tomo Bystedt, TaylorMade’s Director of Product Creation. “Never before has up-to-the-limit COR speed and distance been delivered in such an easy-to-play and confidence-inspiring package. Distance has now come to all golfers.” 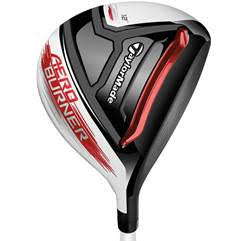 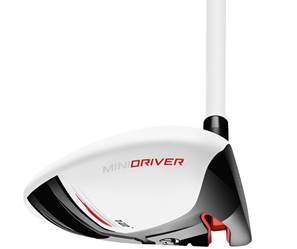 AeroBurner Mini Driver, a 253cc metalwood equipped with a 43.5” shaft, is designed to deliver even more speed and forgiveness than the SLDR Mini Driver, engineered for players who commonly drive with their 3-wood.

Taking everything they’ve learned from the development of SLDR Mini Driver, engineers have taken AeroBurner Mini Driver to the next level, designing a product with a new aerodynamic shape, shallow face, raised center crown and incorporated a new hosel fin, created to maximize clubhead speed during the downswing. With emphasis placed on low-forward CG, Mini Driver delivers driver-like launch conditions off the tee with remarkable accuracy.

Available at retail on March 27, the AeroBurner Mini Driver will be available in two models; standard and TP. Available in three loft options (12°, 14° & 16°) the standard model retails for $279 and is equipped with a lightweight Matrix Speed RUL-Z 60 shaft. 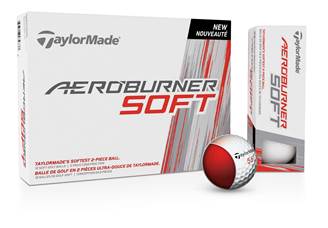 In designing AeroBurner Soft, TaylorMade engineers have taken design and performance cues from Project (a), one of the company’s most innovative balls ever; creating a ball with high greenside spin to help amateur players where the need it most – around the green. The amateur player generates less spin due to a swing that is less steep in delivery, thus decreasing their ability to control the ball around the green. With AeroBurner Soft, golfers have a ball that focuses on maximizing distance and offering high greenside spin at an affordable price point.

“AeroBurner Soft combines the speed and distance off the tee that golfers need with the soft greenside stopping power that they crave,” said Mike Ferris, TaylorMade’s VP, Golf Ball and Accessories. “This ball is a distance ball that actually stops. It’s for most golfers who only hit 4 greens a round of golf. This can be a real par saver.”

Also available is Aeroburner Pro, a three-piece ball engineered for high ball speeds off the clubface, designed to deliver speed and distance with pro-like stopping power. The spin control and soft feel come from the interface of TaylorMade’s SPIN MANTLE™ and proprietary IOTHANE® cover.

Both AeroBurner Soft and Pro golf balls are available now at retail for $19.99 and $26.99 per dozen, respectively. For more information, please visit www.taylormadegolf.com.