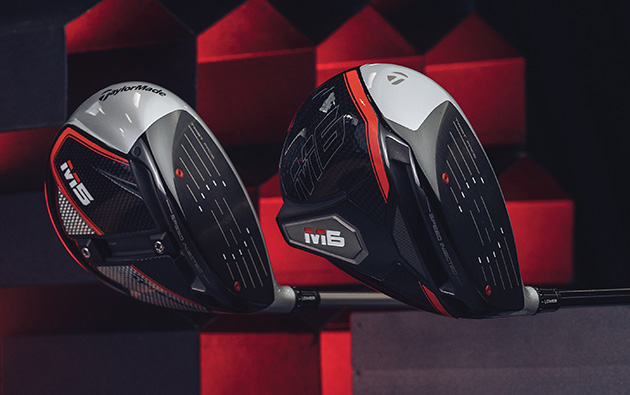 TaylorMade has taken Twist Face to the next level of performance with the introduction of Injected Twist Face technology, exposing the false narrative that speed limits have been reached in a metalwood. There are four key features to the design of Speed Injected Twist Face that allow TaylorMade to maximize ballspeed, working in unison to allow every M5 & M6 driver to be precision-tuned with a new, rigorous process to maximize speed to the allowable limit. 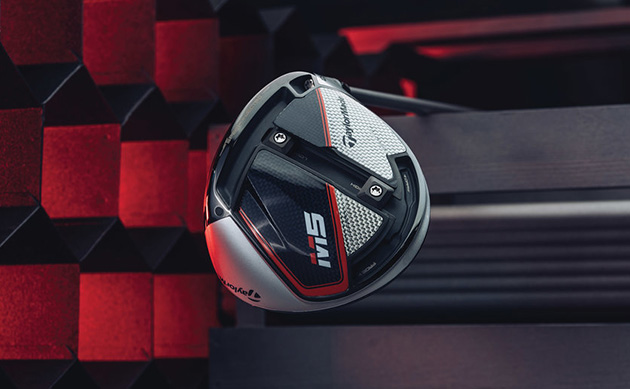 Inverted T-Track
In the M5 & M5 Tour drivers, a new Inverted T-Track makes personalization more intuitive and simplified than ever and allows the golfer more precise CG adjustability with 1770 unique CG configurations; made possible through the allowance of 20 grams (two 10g weights) of movable weight to be utilized for both the benefit of heel to toe control as well as front to back CG adjustment.

The front-to-back CG shift allows the golfer to fine-tune their ball flight through launch angle and backspin. It also provides a wide range of MOI options—position both weights all the way forward for the lowest CG projection to maximize speed with very low spin, push the weights all the way back into both sections of the Inverted T-Track and maximize MOI and ballspeed protection on mishits.

Carbon Composite Crown & Sole
TaylorMade’s composite technology has been in development for more than fifteen years. In the M5 & M6 drivers and fairways, TaylorMade ushers in the 4th consecutive generation of its carbon composite technology. TaylorMade engineers were able to incorporate composite panels that continue to unlock performance with a more efficient mass distribution compared to a traditional metalwood construction.

Aerodynamic Carbon Sole Design with ‘Inertia Generator’
Featuring the same 6-layer carbon composite crown as the M5 driver, the 2019 M6 drivers adds a complete carbon fiber sole, allowing for significantly more discretionary weight to be used elsewhere in the clubhead – as much as 54% more than its predecessor, the M4. With the weight savings, engineers were able to create a sleek, aerodynamic shape inclusive of the new ‘inertia generator.’ The inertia generator houses the additional discretionary weight extremely low and back for maximum forgiveness while lowering the CG compared to previous models. 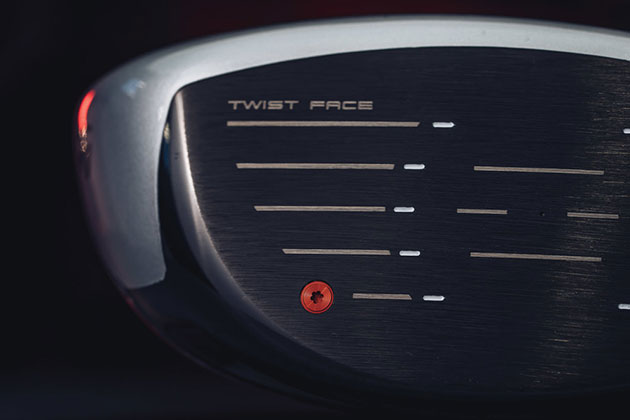 M6 & M6 D-Type Drivers — Injected Twist Face for a New Level of Speed
Like the M5, each M6 driver head is individually speed tested and injected with tuning resin to optimize COR across the entire face and deliver maximum ball speed and distance. The heel and toe ports in the driver face have allowed TaylorMade to maximize speed across the entire face in every driver created, delivering to each golfer a boundary-pushing fast & hot driver head. 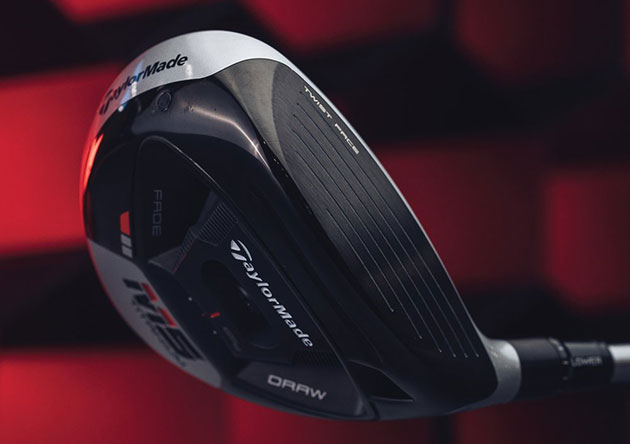 In addition to the M6 fairway, TaylorMade has also created an M6 D-Type fairway, engineered with the same technologies in a more draw-biased package.

Advanced Speed Pocket™ Design
The Speed Pocket has been re-engineered for the M6 fairway woods to provide even more ball speed on low face impacts. A new TPU slot insert has also been designed to sit flush with the sole to improve sole interaction and eliminate turf drag from the Speed Pocket. 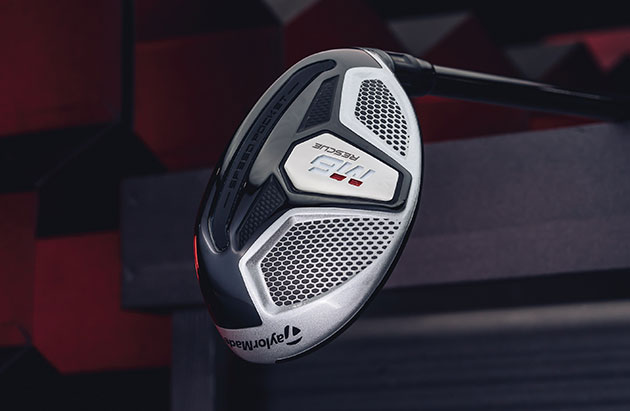 Rounding out the 2019 M6 series metalwoods is the M6 Rescue; TaylorMade’s longest and most versatile hybrid club to date. For the first time ever, the M6 Rescue incorporates Twist Face technology, following the lead of its fairway and driver siblings to produce longer and straighter shots across the face. A redesigned more flexible Speed Pocket with a TPU slot insert that sits flush with the sole delivers a larger COR area with better off-center performance, especially on low-face strikes and improved turf interaction. 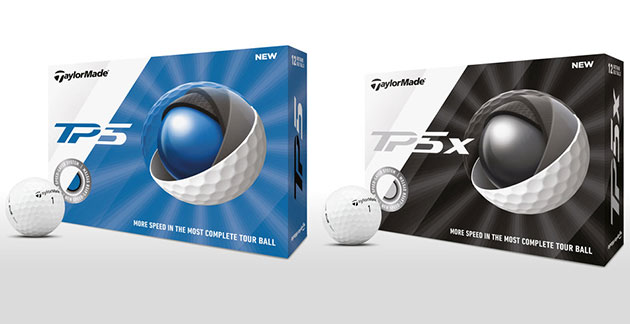 Highlighted by its new High-Flex Material (HFM) TaylorMade has taken the 2019 TP5 & TP5x to a new level of performance.

The key to achieving enhanced speed without impacting other areas of performance comes down to the ability to weave the new High-Flex Material (HFM) within TaylorMade’s proprietary 5-layer ball construction. In traditional golf balls with 3 or 4 layers, manufacturers are unable to utilize a soft core AND maintain high ball velocities.

With the 2019 TP5 and TP5x, speed and spin are effectively decoupled—which enables an incredibly soft core to be “wrapped” by increasingly stiff materials, creating a Speed-Layer System with each outer layer getting progressively faster. 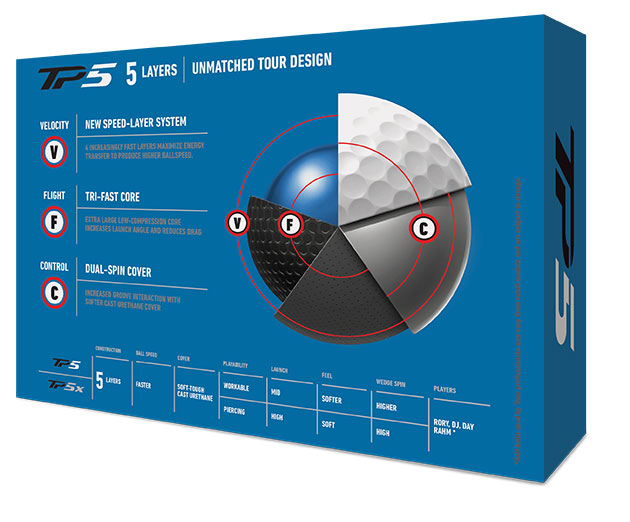 New Speed-Layer System with HFM
The new Speed-Layer System is comprised of four increasingly stiff layers, featuring a new material called HFM. HFM is the fastest material TaylorMade has ever used and is essentially a tightly wound spring and when compressed generates more rebound energy for more ball speed. The tightly wound spring characteristic of HFM also increases the force on the driver face, further increasing the speed of the golf ball when it leaves the driver face.

Tri-Fast Core
The Tri-Fast Core consists of an extra-large, low-compression inner core (16 compression in TP5 & 25 compression in TP5x) and a progressively stiffer outer core and mantle. The combination of these three layers work in conjunction to create lower drag and increased carry—the primary reason TP5 and TP5x have become the hottest Tour balls in golf. The Tri-Fast Core delivers breakthrough iron performance by achieving maximum carry, giving golfers of nearly every swing speed (over 60 MPH) choosing less clubs into the green. 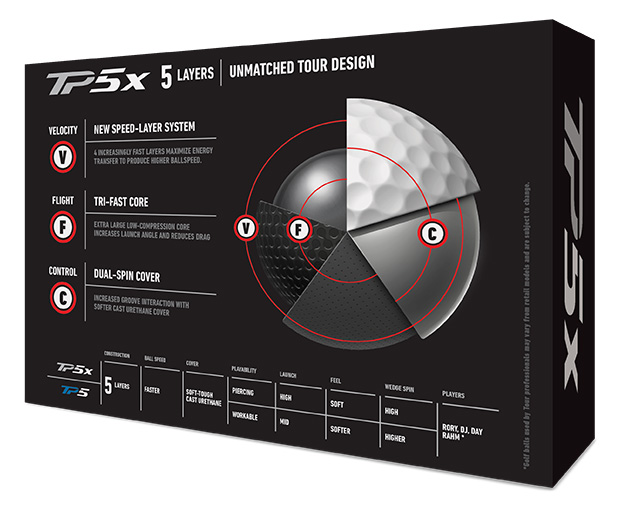