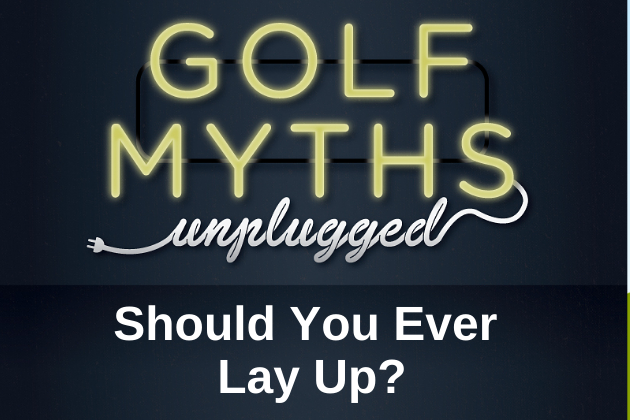 Par 5s are typically some of the most compelling holes on a golf course because they give us an exhilarating question: lay up or go for the green?  For generations, this decision has been dominated by conventional “wisdom.”  We hear that laying up is the smart play or that you should leave yourself a full shot into the green.  But we don’t need adages in an era of shot tracking and analytics.  In this edition of Golf Myths Unplugged we bring you the data so you can shoot lower scores.

Myth #2: Laying up is good strategy

This myth, like our recent Should You Always Hit Driver? test [find it HERE], is powered by Shot Scope.  Rather than gather a group of testers to hit shots for us, we asked our friends at Shot Scope to mine their library of tens of millions of shots to find the answers.  The data in this test comes from the users of Shot Scope and the shots that they hit on the course. 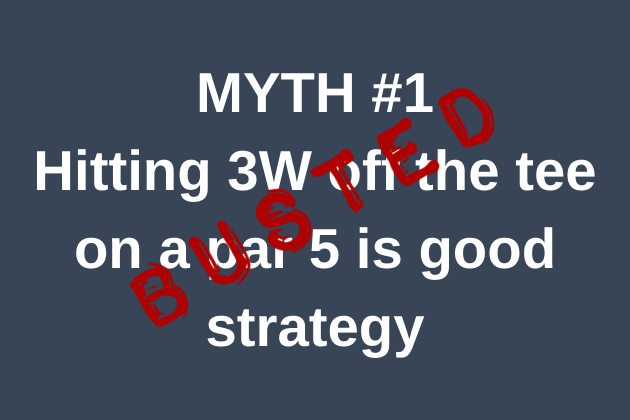 We covered this one in its own Golf Myths Unplugged [find it HERE], but it’s worth restating.  Shot Scope tells us that golfers give up an average of over 20 yards by hitting 3W vs. driver.  In exchange for this massive distance gap, they’ll hit 1% more fairways.  You don’t have to be a math guru to know that’s a horrible trade.

On average, hitting 3W off the tee vs driver costs 0.3 strokes.  That’s the same penalty as hitting it into the rough vs. the fairway.  The difference is, you have total control over which club you pull out the bag. 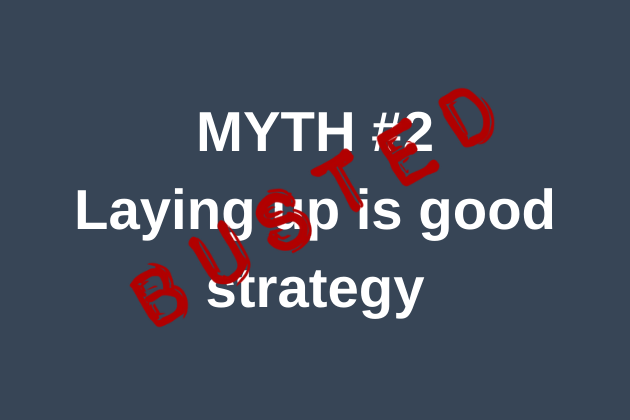 I usually try to dissect these concepts into smaller myths, but this one begs to be taken down whole.  Laying up is not the smart play; getting as close to the hole as possible is.

We should also address the fear of the rough.  Shot Scope shows us that you are more likely to hit it close if you are closer to the green.  Golfers will have the same proximity to the hole from 80 yards in the fairway as they do from 50 yards in the rough.  From 80 yards in the rough, golfers actually hit it 6 feet closer than golfers in the fairway at 110 yards.  Thus, if you’re hitting your second shot with a 7I or 8I in the hopes of keeping it in the fairway or hitting a “favorite number,” you’re likely costing yourself proximity (and strokes) compared to hitting a long iron, hybrid, or fairway wood.

Here are the closing numbers: 4.8 and 4.2. In the thousands of rounds that Shot Scope has tracked, players who go for it average 4.2 strokes to finish a par 5 after the drive.  Players who lay up average 4.8 strokes to finish.  Over a round of golf, the average golfer will lose over 2 strokes by laying up!

For the “well, actually” types and other people who are super fun to be around, let me be explicit about what should be obvious.  You should lay up if going for it means you’re likely to hit it OB or in the water.  Further, no, you should not hit 3W if you consistently chunk your 3W twenty yards (if this is the case, you shouldn’t be carrying a 3W, as I explain HERE) but that doesn’t mean you should hit a 7I.  Hit the longest club you can hit well.

For those that are simply convinced that they need to hit their approach from a certain yardage, I’m not sure what more you need to see to change your mind.  There is total unanimity among those that study golf statistics for a living that getting closer is better.  Are there golfers who are exceptions?  Perhaps, but I think it’s much more likely that their beliefs are creating a self-fulfilling prophecy.

Typically these myths end with some kind of nuance, but this one doesn’t.  Get as close to the green as fast as possible.  It’s really that simple.  Stop laying up to “favorite” yardages, stop being overly afraid of the rough or bunkers, stop bunting it off the tee, and go make some birdies.