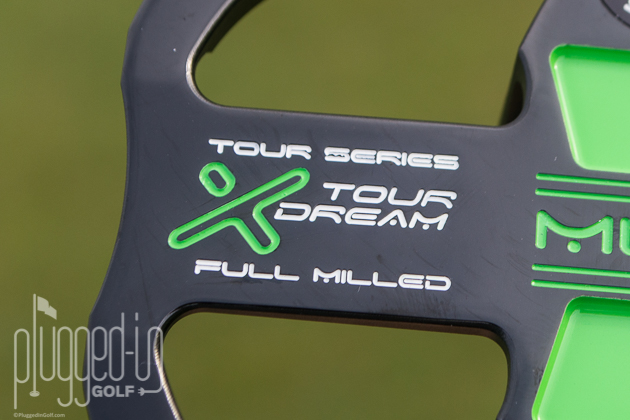 The MLA Golf Tour XDream putter is a modern mallet with a unique, effective alignment aid. 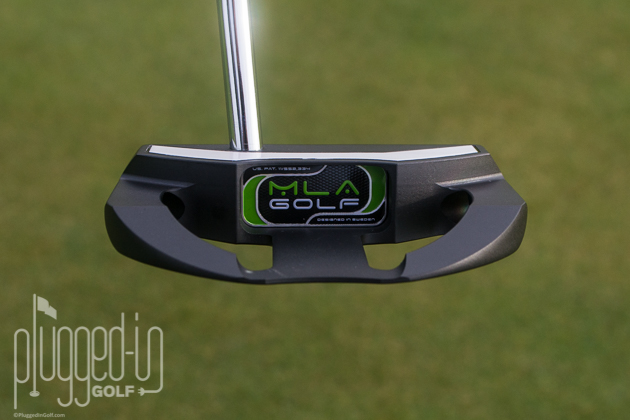 I’ve been writing about golf equipment for nearly ten years.  I’ve read a lot of stories about how different putters improve your aim but never anything remotely like MLA’s.  MLA stands for Multiple Line-detector Activation, and they claim that this patented technology will “revolutionize your putting.”  We put it to the test to see if that claim has merit 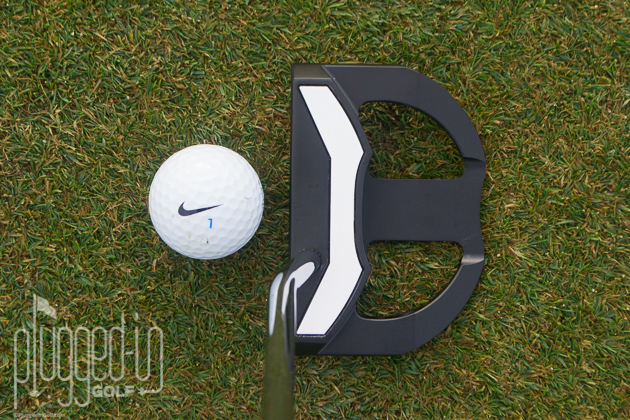 When you place the MLA Golf XDream at address, your eye is immediately drawn to the white alignment feature near the top line.  Both the stark contrast with the black body and the unusual shape make it the dominant visual feature.  I’ll get into the actual performance of it later, but for now I’ll say that there’s something comforting about the shape.

Beyond the alignment feature, the XDream is a midsized, modern mallet.  Substantial portions of the flange are removed which enhances the semi-circular shape of the putter.  This flat stick is 100% CNC milled and has a quality look to it that fits the $370 price tag. 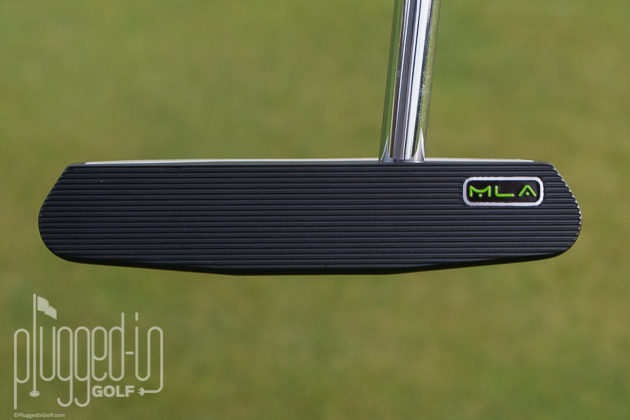 The MLA Tour XDream has the soft-but-not-mushy feel that players expect from a milled putter.  The sound at impact is a medium-volume “tock” that gets louder as you move off center.  Both the sound and the feel provide good feedback about the quality of the strike. 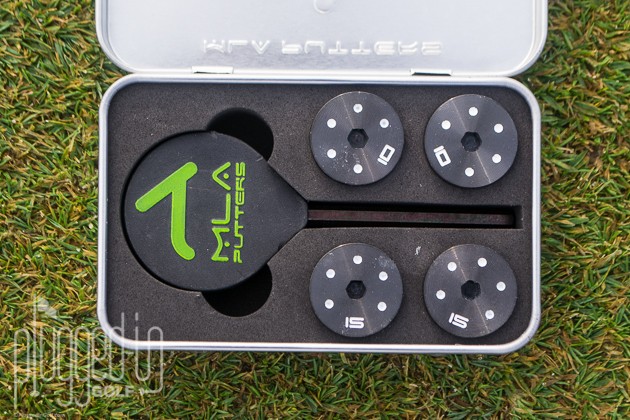 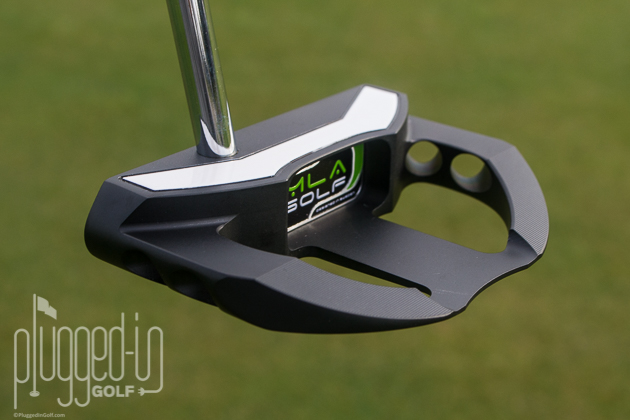 With many putters, this section can be a little thin.  MLA Golf, by contrast, has given us plenty to talk about.

First, MLA provides a number of fitting options.  With the Tour Series, MLA offers five different grips at no upcharge.  The stock grip is a midsize Winn pistol, and there are four Super Stroke options.  Additionally, the Tour Series putters come with a weight kit.  You can see in the pictures of the sole that the weights are placed in the heel and toe near the face.  You can insert weights of 5, 10, or 15 grams to achieve your preferred feel.

Now we come to MLA’s patented alignment technology.  If you want the official explanation, you can read it here, but I’ll give you the short version.  Your brain has line detectors that work in groups to perceive what is straight.  The goal is to activate multiple groups of coordinated detectors – some groups work at odds with each other.  MLA claims that their alignment aid does just that, and the result is better aim.

I took the MLA XDream to Club Champion to test this theory on their SAM Puttlab.  We had multiple players test the XDream against mallet putters from a number of top manufacturers featuring a variety of alignment aids.  When we looked at accuracy of alignment, the XDream came out on top.  In some cases, players cut their alignment errors in half with the XDream.  On top of that, virtually every player made the same comment: “It looks like the putter want to funnel the ball to the cup.”

Finally, the XDream putter itself is very stable and forgiving.  It’s shape and weight distribution minimize the impact of mishits and go a long way towards eliminating three putts.  Of course the XDream will not be a fit for every stroke, but face-balanced mallet players should really enjoy it. 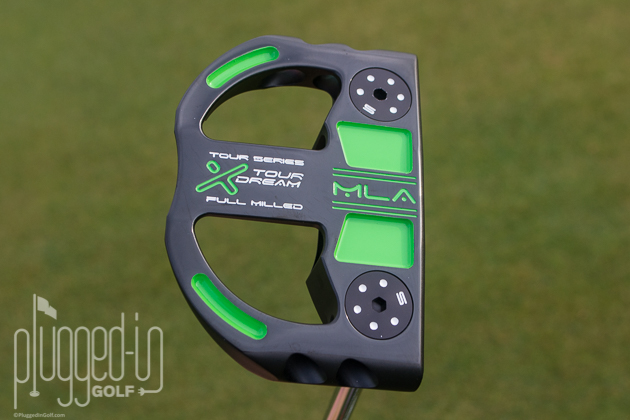 Based on our testing, there’s no question about it: MLA’s signature alignment feature is actually easier to aim.  Whether you choose the Tour Series or one of their lower priced models, I expect that you’ll feel the same confidence looking down at it.  The only thing left is to make the putts. 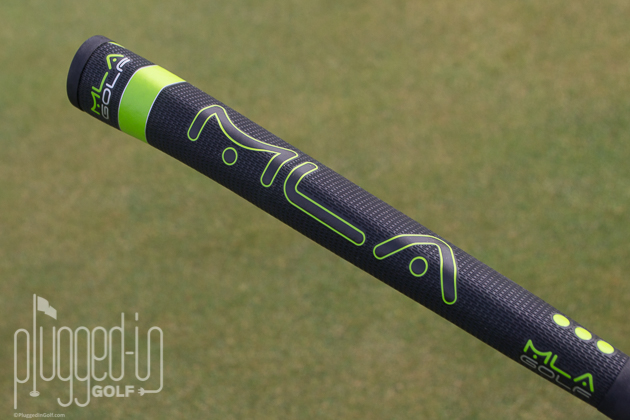 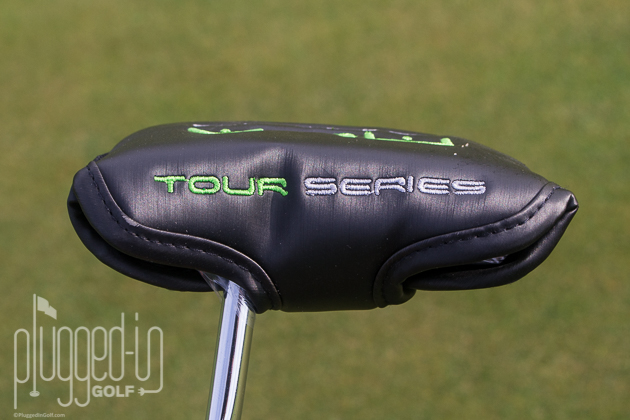 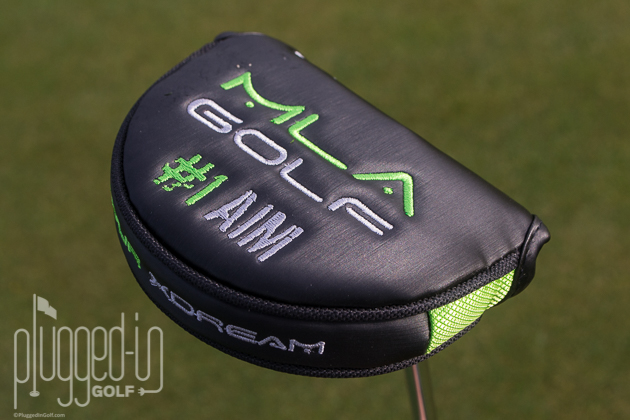 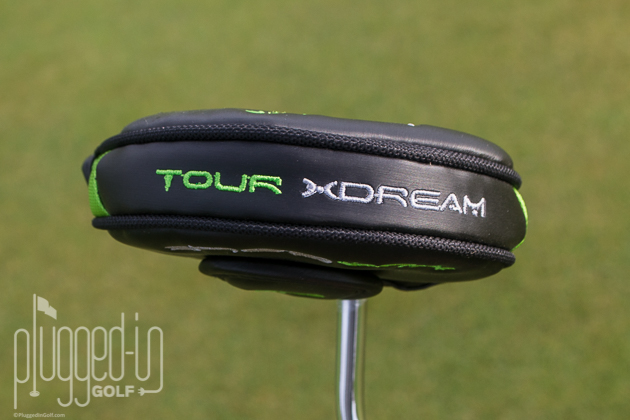 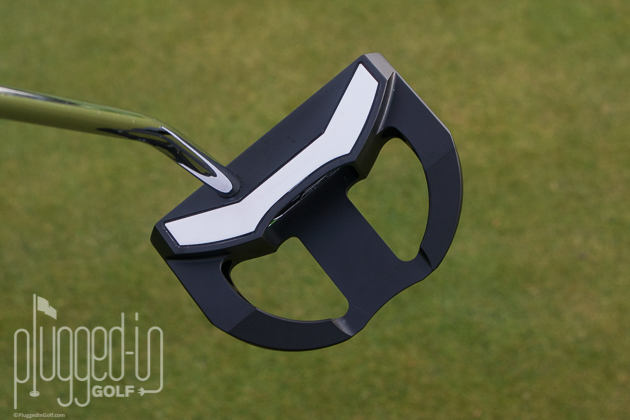 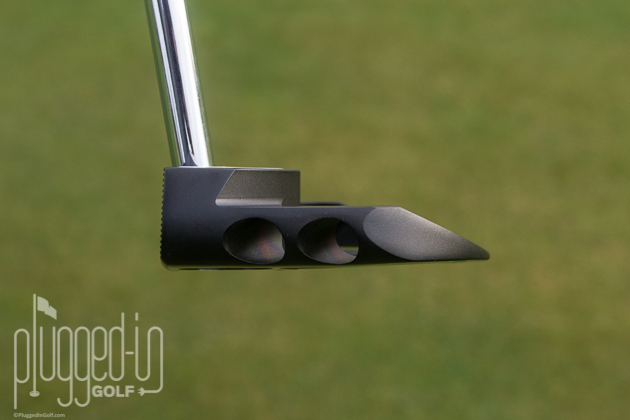 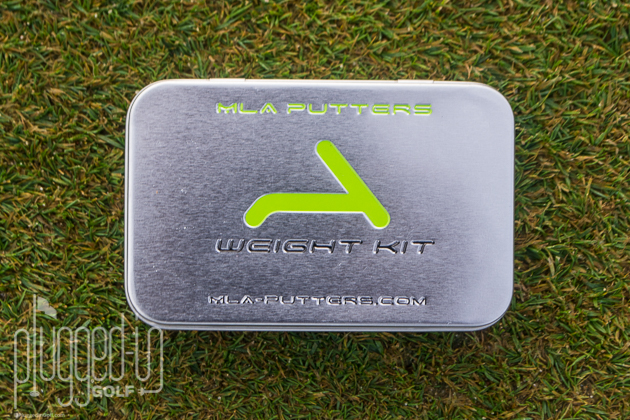