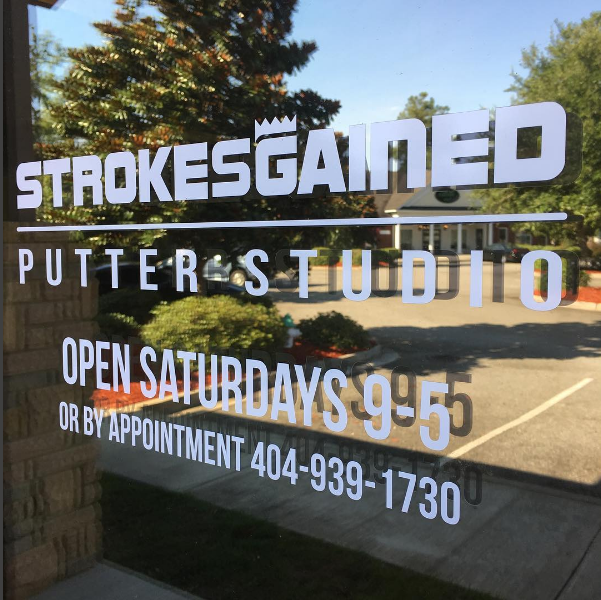 For a golfer, the thought of being the next Scotty Cameron is like a high school basketball player dreaming of being the next LeBron James – just something to fantasize about.  However, the men behind Strokes Gained Putters aren’t just dreaming about making their mark on the golf industry, they’re doing it.  And, judging by the blistering pace they’ve set, it’s going to be a big mark. 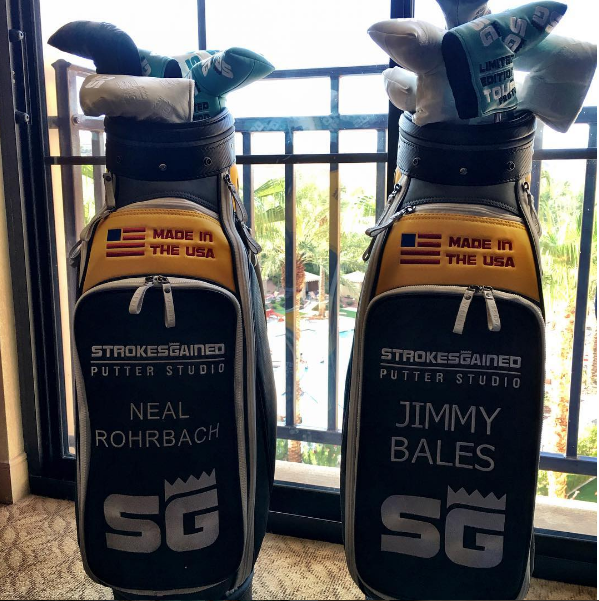 Born on the Golf Course

Like so many good ideas, the concept for Strokes Gained was born during a round of golf.  Though the original idea was to focus on restoration and customization, the itch to create their own line proved too strong.  In less than one year, Neal and Jimmy were holding their own Strokes Gained putters in their hands. 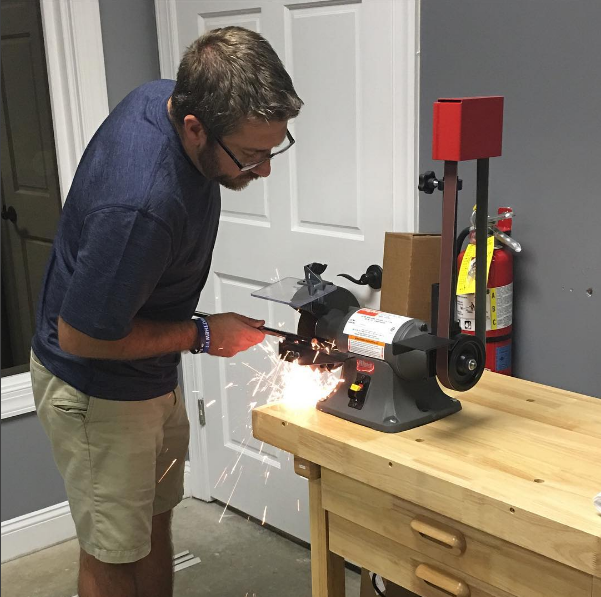 Made in the USA

When asked what makes Strokes Gained putters unique, Neal’s first response was to tell me about how his putters are made in the USA.  The materials are sourced from the US, they’re milled here, finished here, stamped and painted here.

This commitment to American manufacturing extends to the finishing touches, too.  Strokes Gained uses PURE Grips and headcovers from Golf Iconic, both companies that manufacture in the USA. 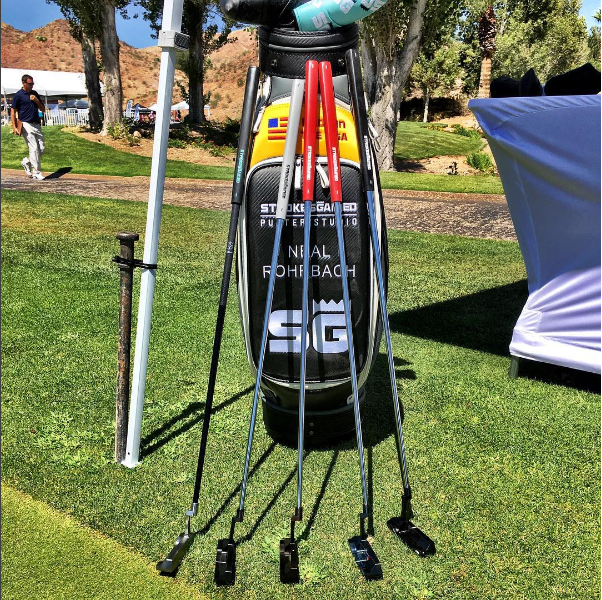 Classics Never Go Out of Style

“There’s nothing crazy unique to the design of our putters, and we’re not afraid to admit that.”         -Neal Rohrbach

In an era when some manufacturers create new hype out of shorter shaft lengths, this kind of honesty is refreshing.  Strokes Gained Customs isn’t trying to reinvent the wheel.  They know that golfers love the classics: Anser-style putters, 8802 blades, traditional mallets.  They’re taking those basics, giving them slight modifications, then focusing on the finish, stamping, and paint to make them into 1-of-1 works of art. 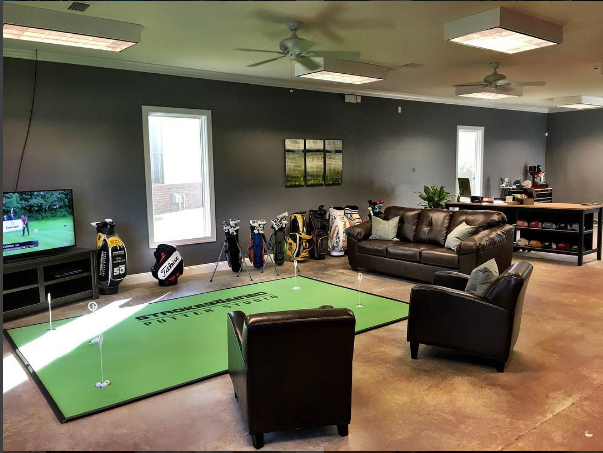 One of the more interesting things about Strokes Gained Customs is their putting studio.  Just as their plan to do restorations grew into their own line of custom putters, the idea of garage space for their tools turned into a full blown putter studio.

Their studio feature their essential tools, a putting green for fittings, a big screen TV, and a couch.  It’s as much a place for golf lovers to hang out as it is a place of business, and it’s Strokes Gained’s best way of connecting with their customers. 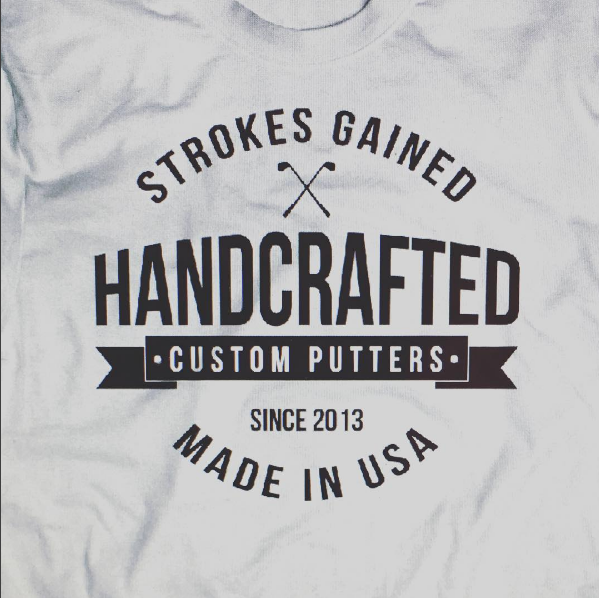 Typically a company’s goals involve being #1, the biggest, the most profitable, the best known.  Strokes Gained has a different outlook.  Their hope is to grow to the point of being able to fund a golf-related non-profit for kids and veterans, and to do it without compromising on making putters in the USA.

They reference Bob Vokey as a role model.  Most putter makers would think of Scotty Cameron, but Neal told me that he strives for Mr. Vokey’s approachability and down to Earth attitude.

Having spent a fair amount of time communicating with Neal, I have the sense that remaining humble won’t be a problem.  And having spent some time with one of his putters (full review HERE), I suspect that Strokes Gained will not have to wait long for major success and recognition.