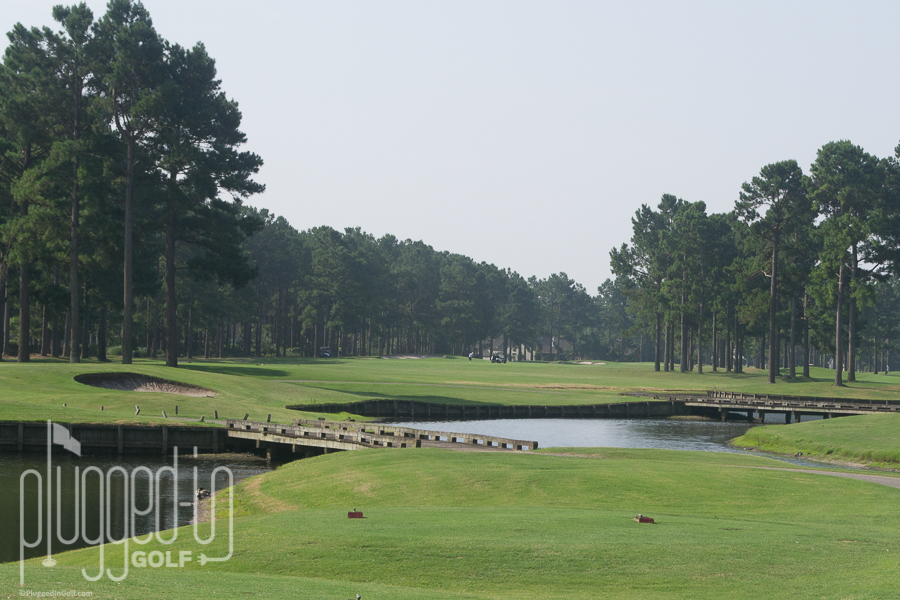 Water, water everywhere.  You wouldn’t expect a course with water on every single hole to be the most fun, playable course in the Mystical Golf rotation, but this clever design by course architect Dan Maples is just that.  Situated on a 100 acre lake, Man O War Golf Club is one of the most enjoyable courses in Myrtle Beach. 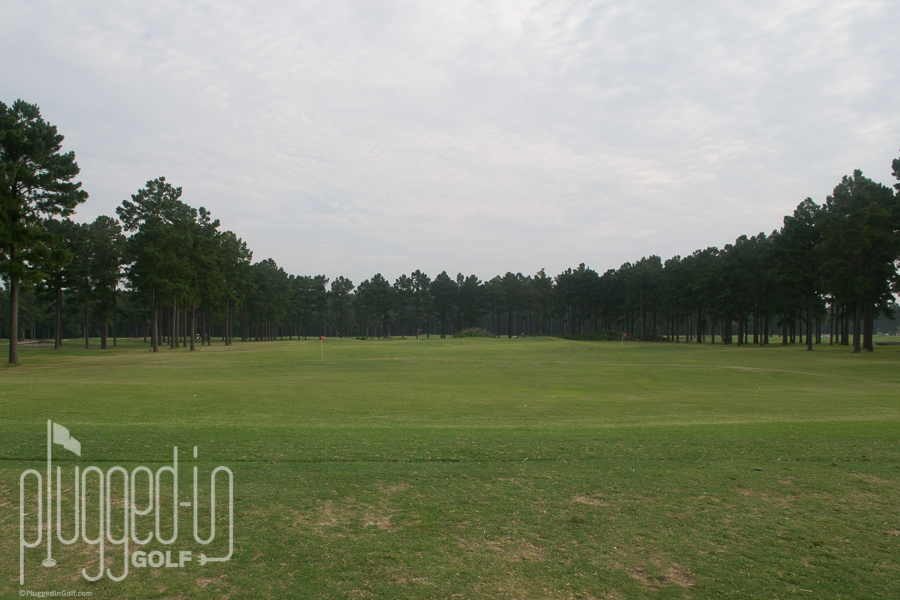 A short walk from the clubhouse and first tee, you’ll find both the practice green and the driving range.  Neither is enormous, but both are quite capable of facilitating a good warm up.  The putting green does an excellent job of mirroring the greens on the course, but the turf on the range is much looser and sandier than that under the fairways. 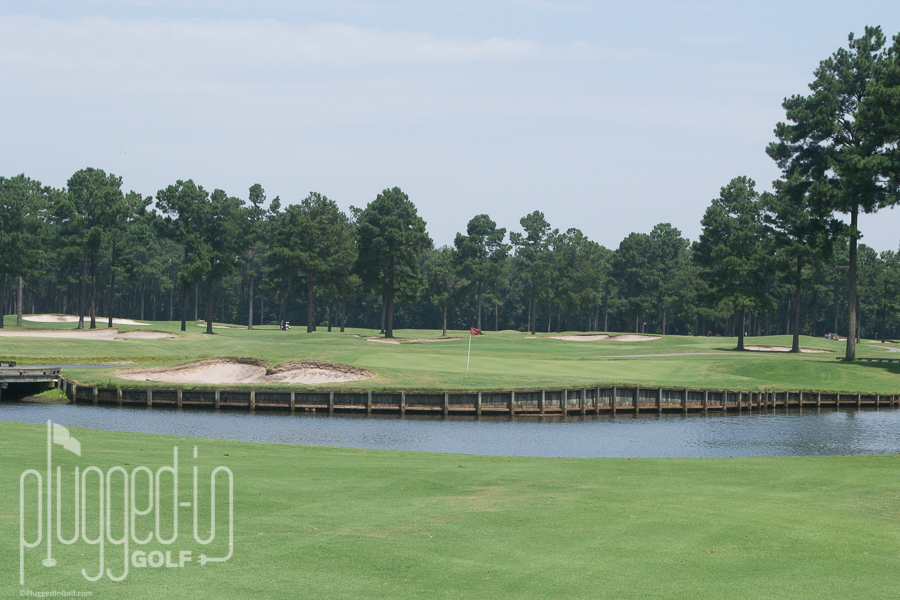 Though it’s not a castle or a witch’s lair, the clubhouse at Man O War is interesting in its own right: part of it is situated on the lake.  Inside the clubhouse there’s a restaurant and a pro shop that’s stocked with soft goods.

The people at Man O War do a great job keeping things running smoothly and the golfer’s happy.  As at the other Mystical Golf courses, rangers brought cold, wet towels to us in the middle of our round.  Given the lack of shade at Man O War, this was welcome relief from the heat. 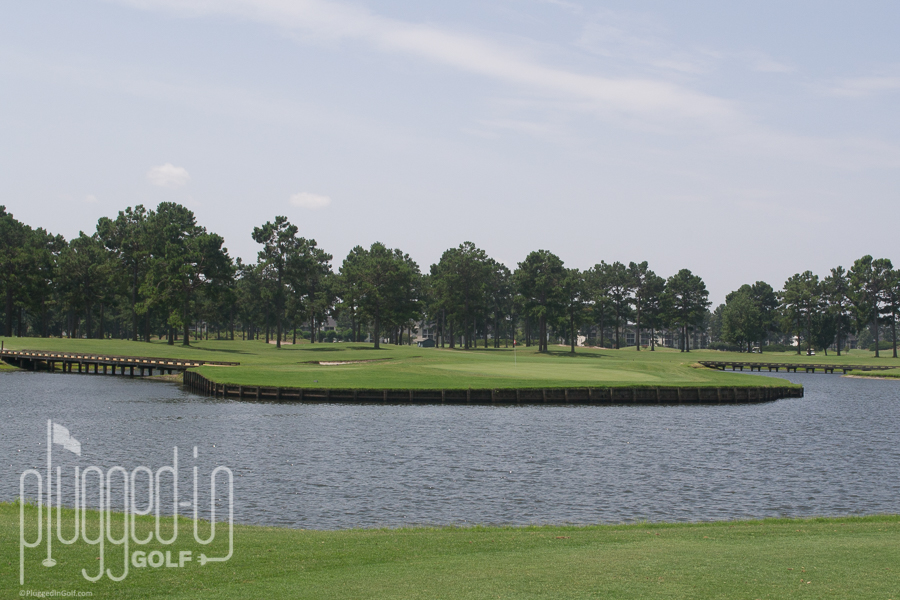 The conditions at Man O War were the best of any of the courses in the Mystical Golf rotation, and a key part of why the course is so much fun.

The fairways and rough make the course playable for everyone.  The fairways aren’t super tight, making it easier to pick the ball, and they’re smooth and consistent.  The rough is uniformly short, which I love.  It’s tall enough to create a small penalty, but no taller.  You can find your ball easily and still play a reasonable shot into the green.  This keeps the pace of play brisk, minimizes frustration, and keeps everyone having a good time.

Playing in early July, I saw Man O War’s greens at their slowest, but they were still fair and offered plenty of break.  During the hot summer months, the bent grass needs to be kept moist to keep it alive which slows them down.  If you want to see these greens at their fastest, head down during the spring and prepare for some roller coaster putts. 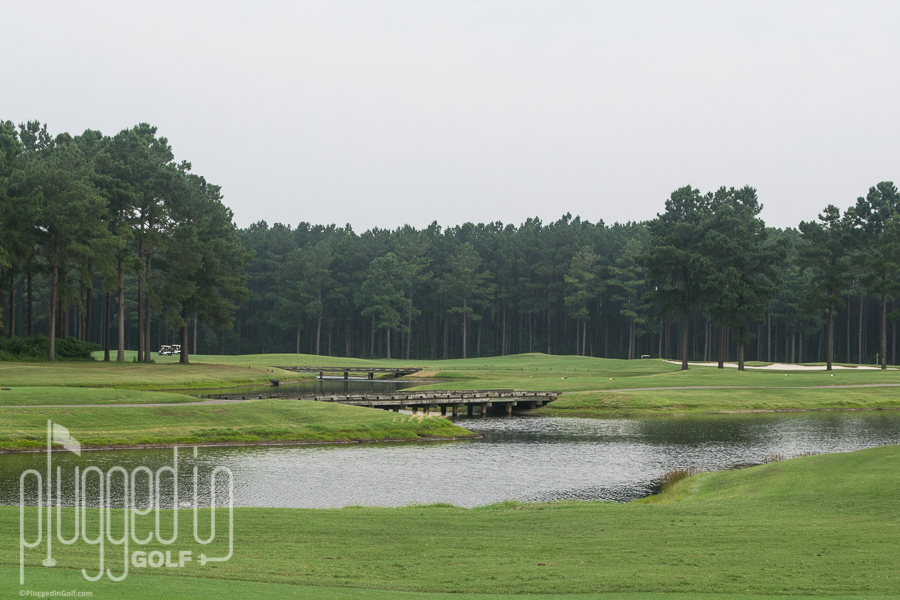 Man O War is a prototypical Myrtle Beach golf course.  It’s lush and green and relatively flat with scattered trees.  What makes it memorable and beautiful is the water.  Water is visible on every hole, and it serves an important role in breaking up the long, uninterrupted views.

My only complaint about Man O War’s appearance is that it’s fairly congested.  Without dense clumps of trees or significant elevation changes, there’s not much to separate one hole from another, and some of the tee boxes are a bit too close to other greens. 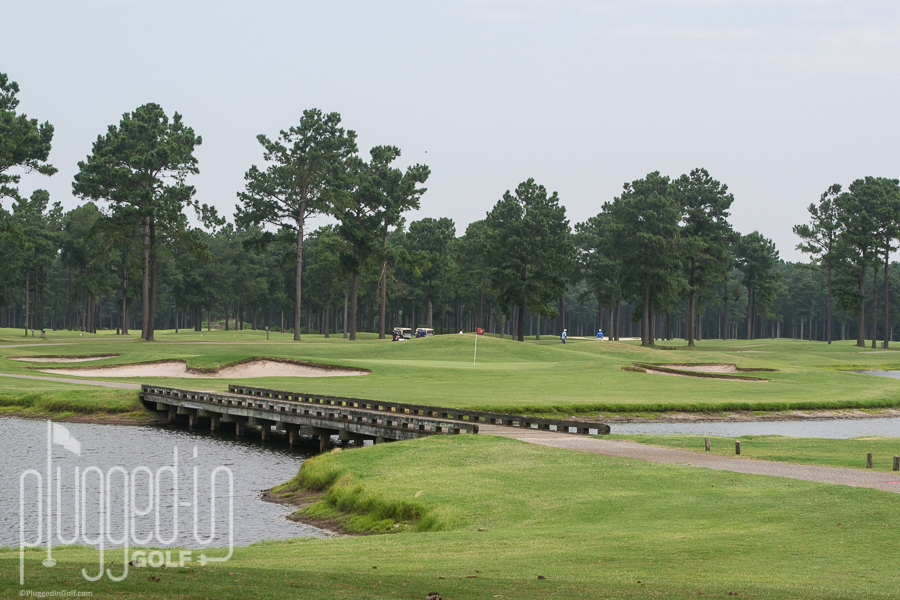 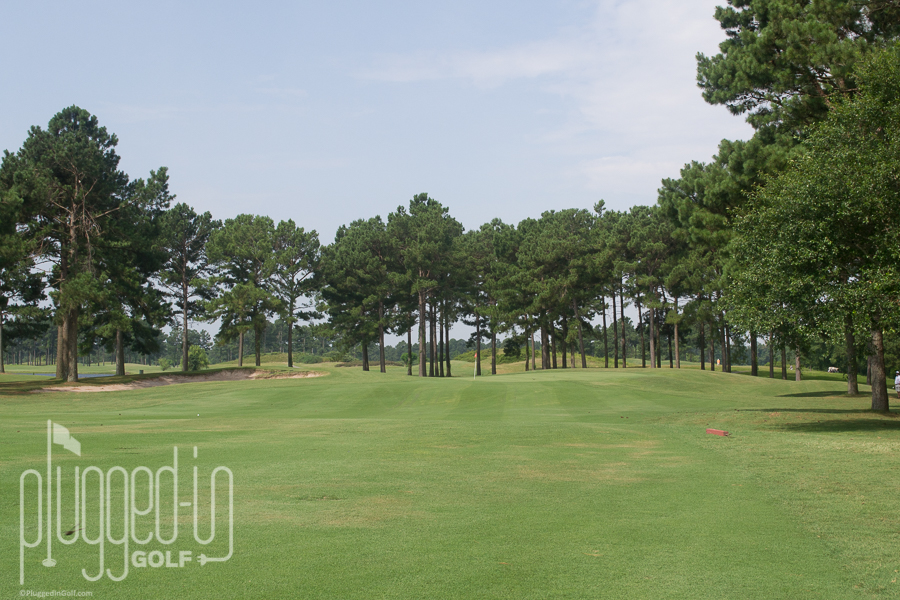 Man O War is easily the most accessible and playable of the Mystical Golf courses.  What makes it so much fun is the lack of tall rough.  Even the most errant tee shots will be visible from yards away, and, barring a tree being in your way, you’ll always be able to play a shot to the green.  The rough does carry a penalty – it’s thick enough to slow down your club head or create a flier – but it’s not the kind that discourages recreational players.

The lack of rough does not stop Man O War from being a good test for better players.  With tee boxes that stretch the course all the way to 7,000 yards and very minimal roll in the fairways (at least in the summer), even long hitters will have their hands full.

Water is the defining feature on most of the holes.  It’s visible from every hole and definitely in play on no less than thirteen of them.  What I like about Man O War is that the water is used to challenge golfers in a variety of ways.  It would be easy to make a course with a dozen long forced carries and narrow fairways, but that’s not what Man O War is.  Some holes have forced carries, but others use the water to limit the length of your drive or force you into a risk/reward situation.

Finally, Man O War keeps things interesting with a wide variety of holes.  Not only is there a mix of doglegs and straight holes, there are also many different types of green complexes.  Some holes offer the possibility of running the ball up, but others are elevated, demanding a high, soft approach. 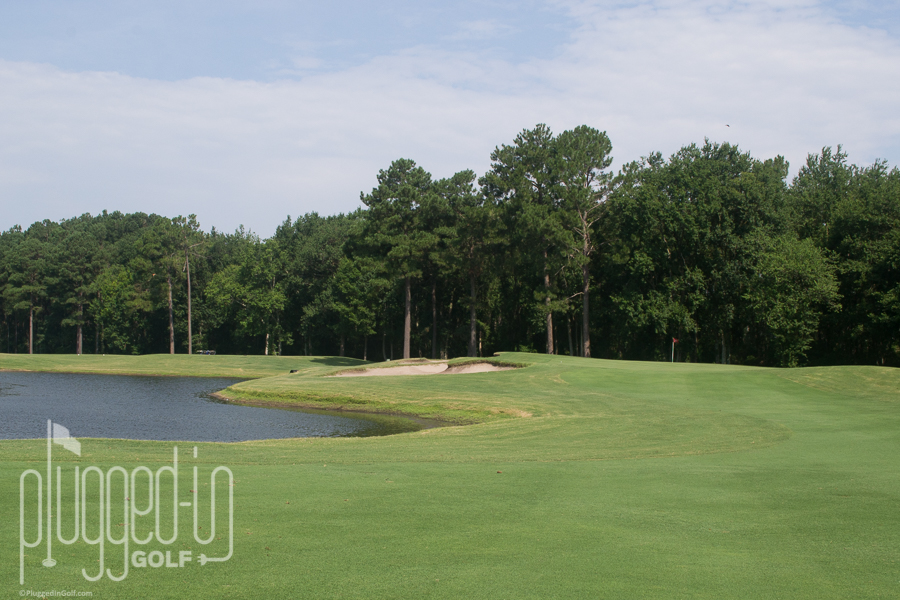 While all of the Mystical Golf courses are solid, Man O War stands out for being fun, fair, and good test for any player.  If you’re headed to Myrtle Beach, make sure to add Man O War to your itinerary. 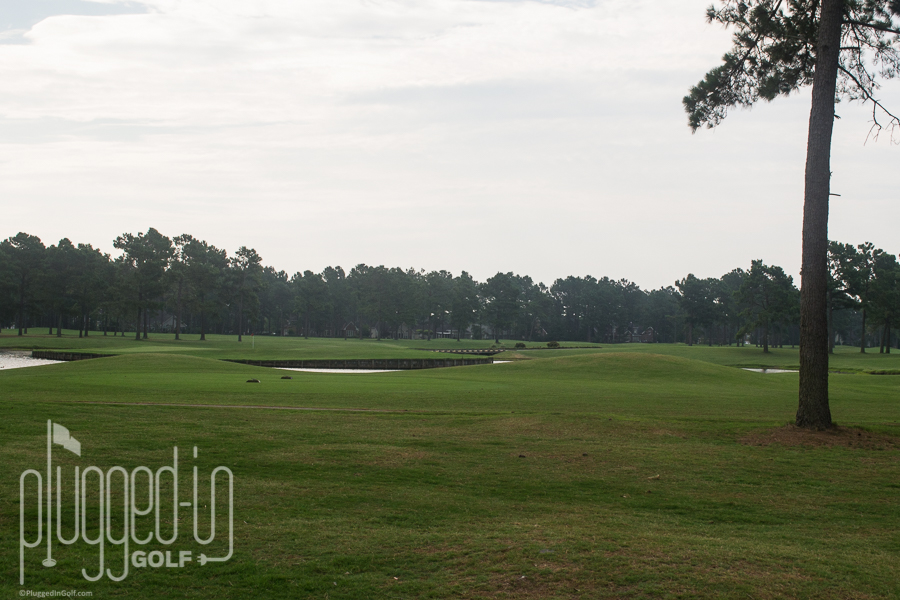 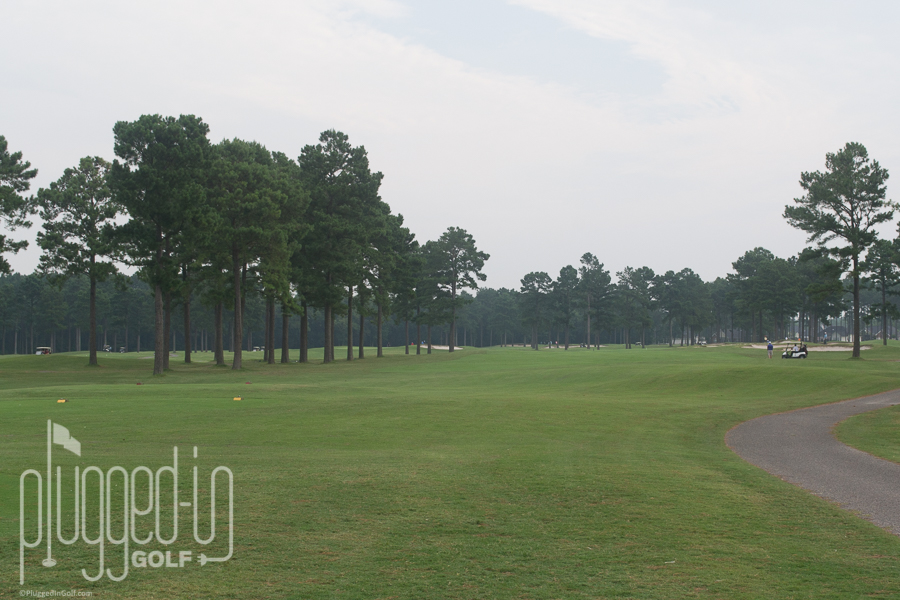 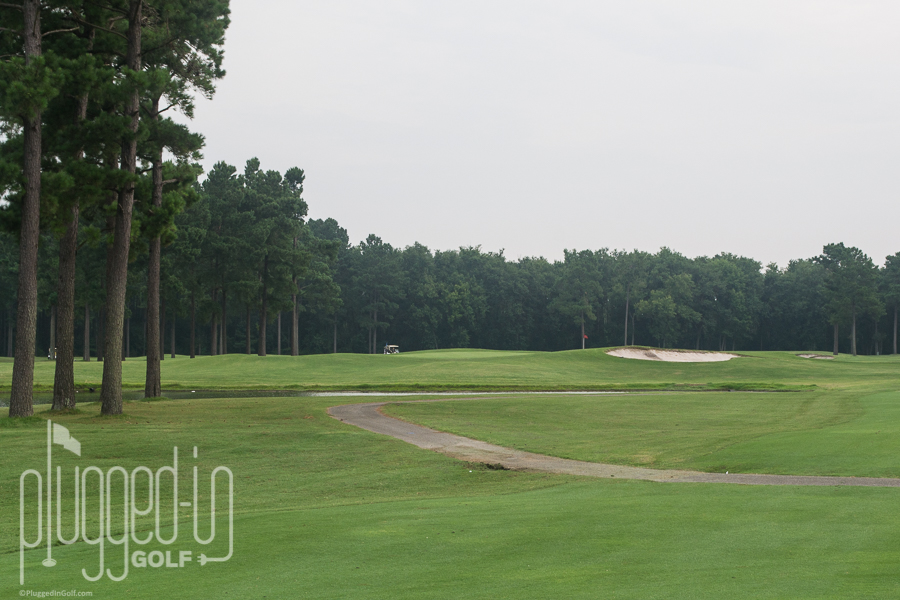 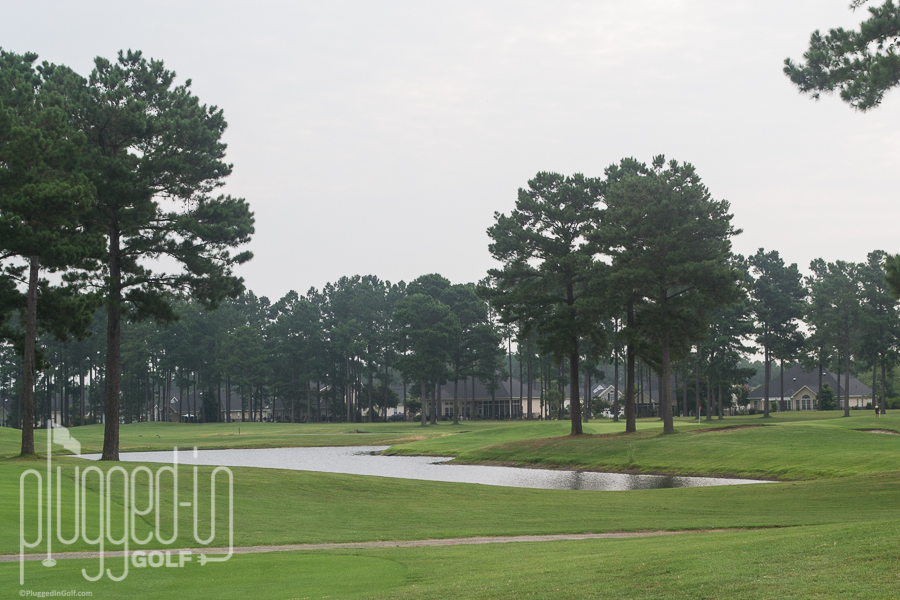 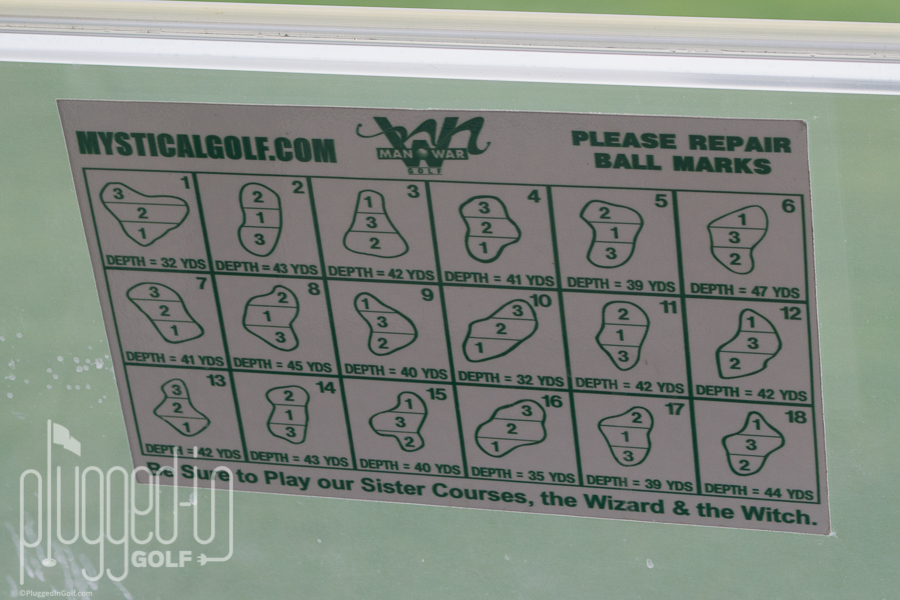 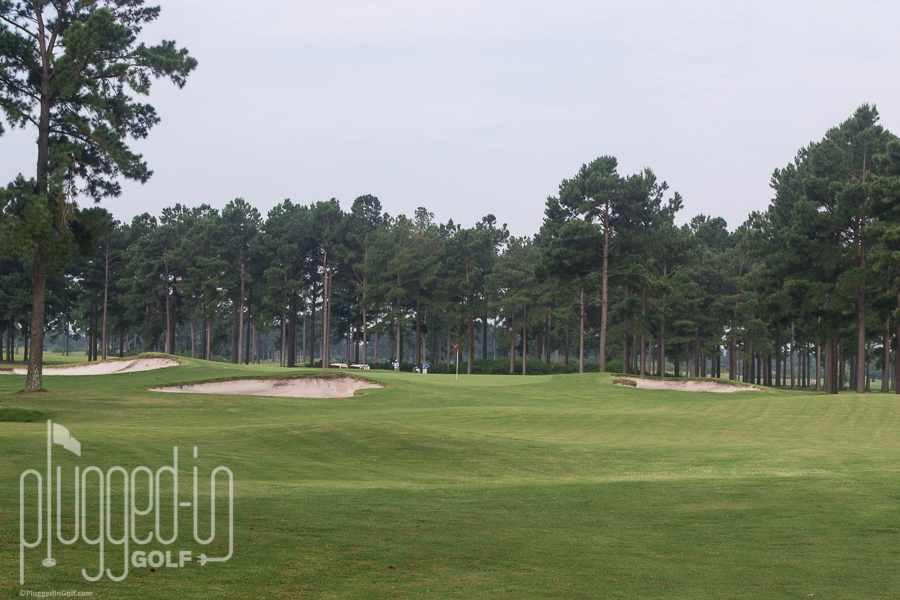 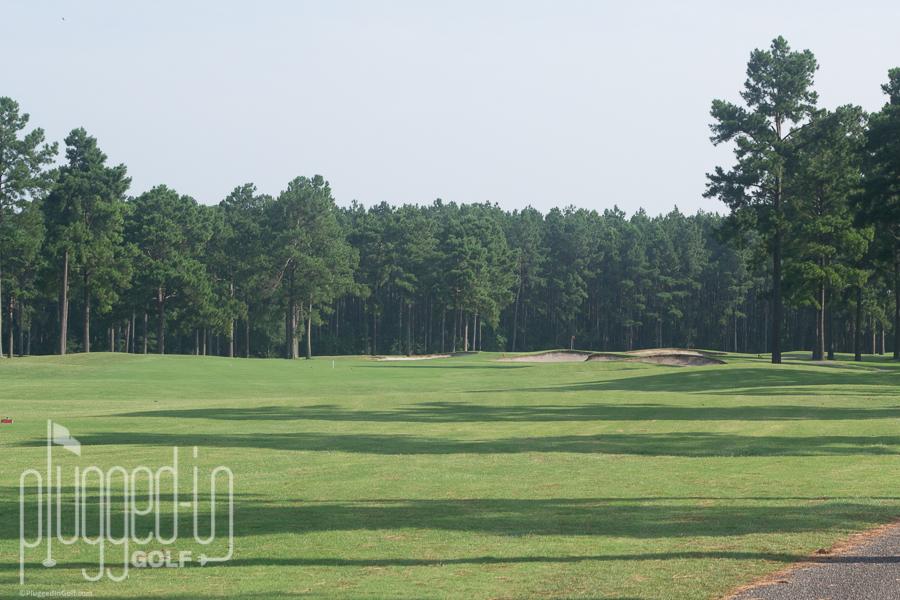 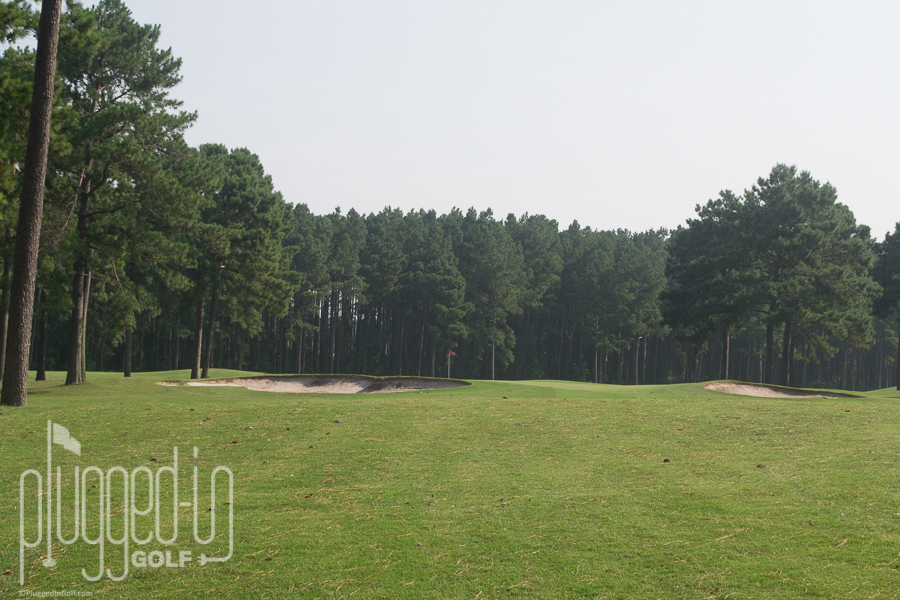 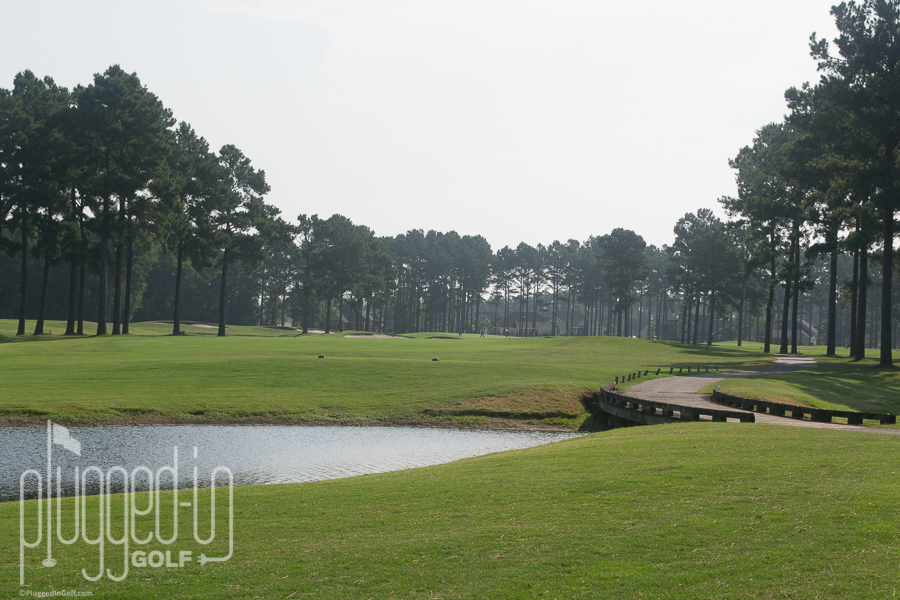 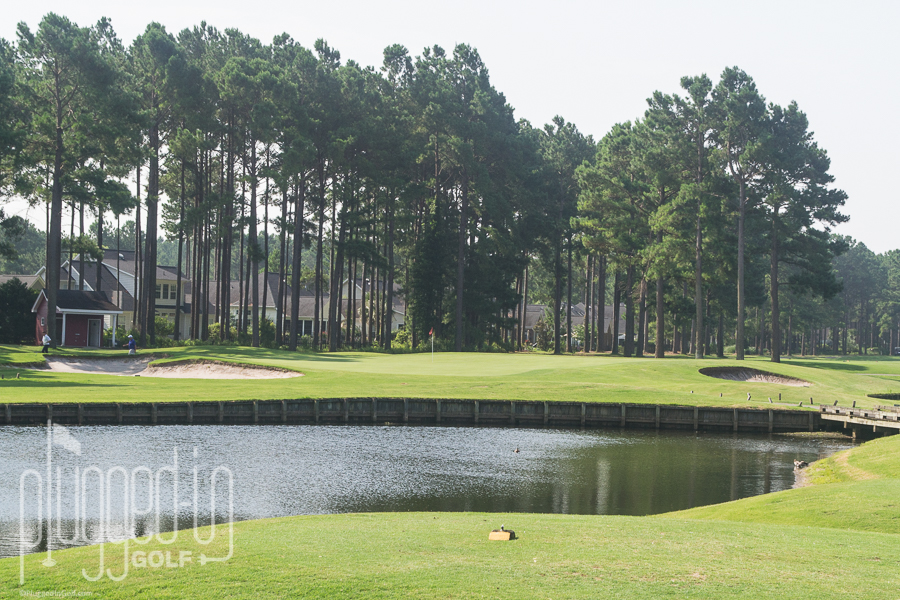