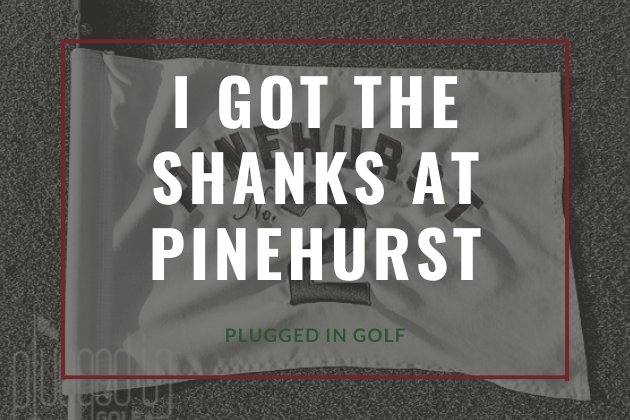 99% of what I write on here is meant to inform and educate, whether that’s reviews, instruction, or myth busting.  This, however, has no real purpose other than to tell you about a thing that happened to me.  If you can relate and it makes you feel better, that’s great.  If you experience schadenfreude, I’m good with that, too.  Regardless, this is the story of a poorly-timed case of the shanks. 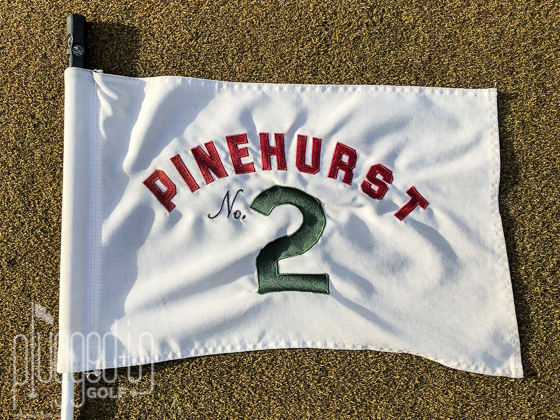 A Highly Anticipated Round

My trip to Pinehurst had been on the calendar for several months.  I was planning to play a couple of courses I hadn’t played before, but the highlight for me was a return to No. 2 [find my review HERE].  It had been about three years since my first round at No. 2, and I was eager to confirm its place in my personal, all-time Top 5 [see them all HERE]. 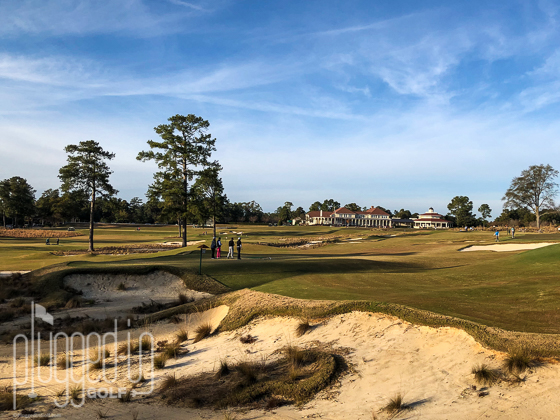 The trip was laid out perfectly for a strong showing: arriving on Sunday and playing The Cradle, getting a Monday round in at No. 1, then waking up to an early tee time on No. 2.  The first two days went according to plan.  Our round at The Cradle [review HERE] was a blast.  Everything felt good and loose, we hit lots of greens, and we made a couple putts.

Our round on Monday was even better.  No. 1 proved to be a perfect good vibes course.  I built a ton of confidence with my driver on the wide fairways.  On the back nine, my irons heated up, my putter kept pace, and I finished the last seven holes in one under.  I couldn’t have asked for anything more. 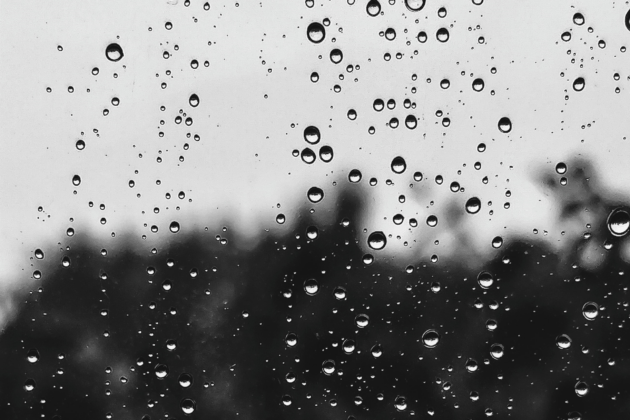 When I woke up Tuesday morning, it was raining.  This was expected, and the weather report had actually improved overnight, so I wasn’t upset.  It was a light rain, more of a drizzle, and it certainly wasn’t going to keep me from my round.

After the shuttle ride from the Carolina Hotel to the Resort Clubhouse, I got my clubs and went straight to the range to warm up.  Though it was light, the rain had kept all but a handful of players inside.  I started my warm up with a couple half-shots mixed in with some stretching.  Everything was feeling good, and I started to think about my favorite holes on No. 2 and the shots I hoped to hit.

I had a full half hour left before my round, but I felt ready to hit some 3/4 shots.  I drew back my pitching wedge, transitioned gently into the downswing, and…shank.  The Titleist range ball shot forty five degrees right of my intended line and barely exceeded waist height.  I forced an embarrassed smile.  My misses tend to be on the heel, especially with my irons, so I shrugged it off and raked another ball.  I was unfazed until that next ball followed the path of the first one. 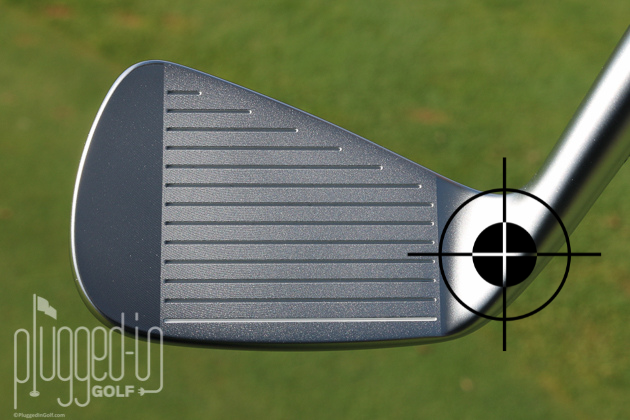 “Two in a row?” I thought, “That’s weird.”  My stomach got a little tight.  I felt myself rush to rake over the next ball, demanded that I slow down, took a breath, and focused on good tempo.  Shank.  The third time was the charm – I was in a full blown panic.

I had never had the shanks before.  Ever.  I’ve hit the ball poorly for stretches, sure, but never consistently on the hosel.  And immediately before I played one of the most testing layouts in golf?  This seemed unreal.

The next ten minutes went by in a blur.  I was hitting balls like the winning lotto numbers were at the bottom of the range bucket.  I kept changing clubs in the belief that maybe one of them wasn’t cursed.

I burned through potential fixes like wildfire.  Stand farther from the ball.  Stand closer to the ball.  Address is on the toe.  Try to strike the toe.  Throw the club over the top.  Swing slower.  Swing faster.  Be athletic.  Be methodical.

The result was always the same: the golf ball shooting hard right, barely getting airborne, traveling nowhere.  I looked around self-consciously.  I was convinced that I was the leper of Maniac Hill.  I prayed someone else was struggling, too, to get that invisible spotlight off me, if only for a moment. 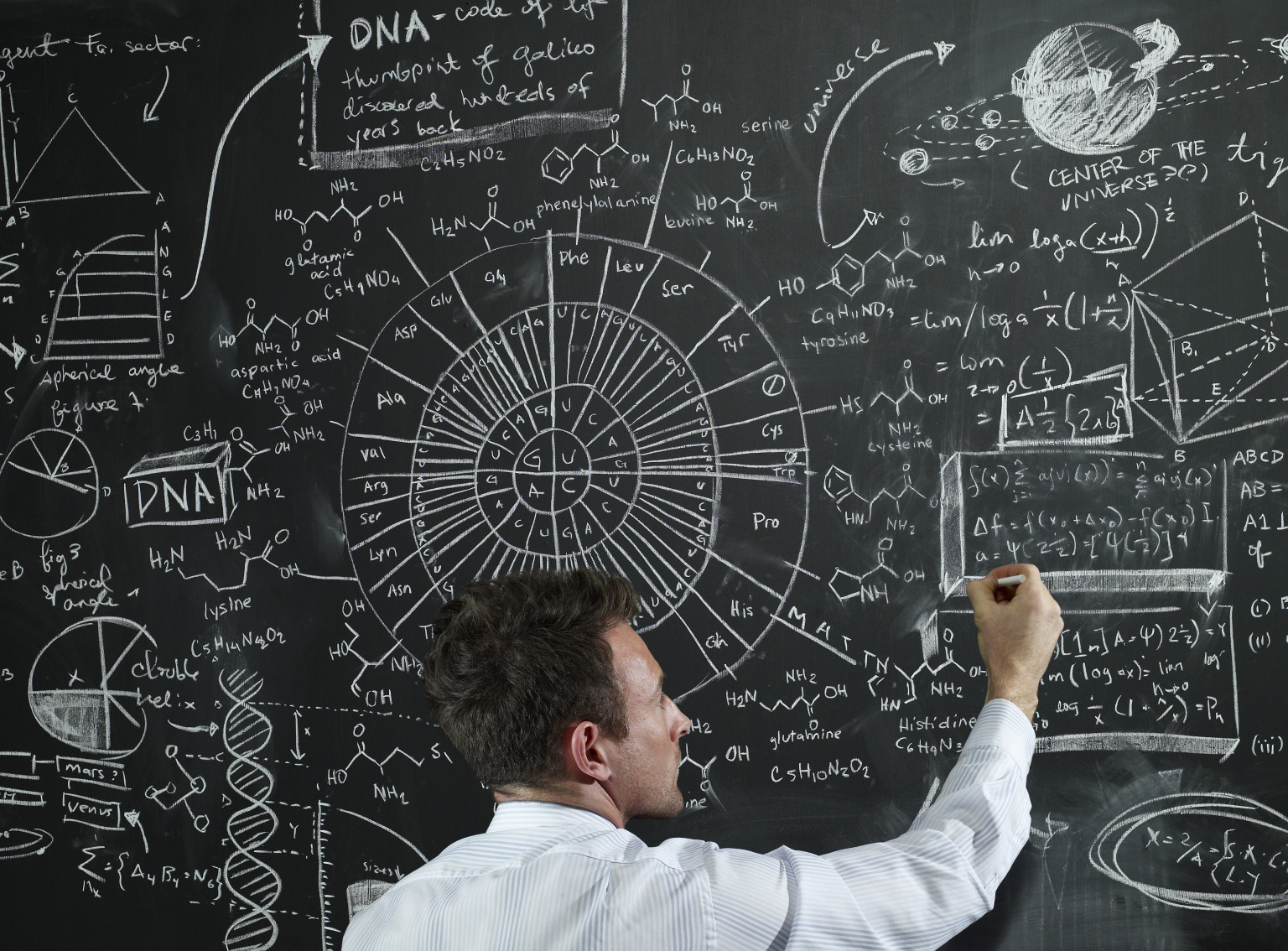 With less than twenty minutes until my tee time, I stopped myself.  “This rapid fire thing isn’t going to fix it,” I said.  I made peace with the possibility that I was going to hit a lateral shot, or many laterals, on one of my favorite courses.  I accepted that the people I was going to play with might think that I’m a terrible golfer.  I decided that neither of those things could ruin my enjoyment of the day unless I allowed them to.

With the mental and emotional pieces squared away, I got analytical about the swing.  I understood the problem, I knew what I wanted to happen instead, and I figured out how to make that happen.*  The results weren’t great – it felt like a patchwork swing, to be sure – but they were a lot better than what preceded them.  Most importantly, it was a swing that was predictable and could get me around the course.

*If anyone is interested in my anti-shank swing, you can learn about it HERE. 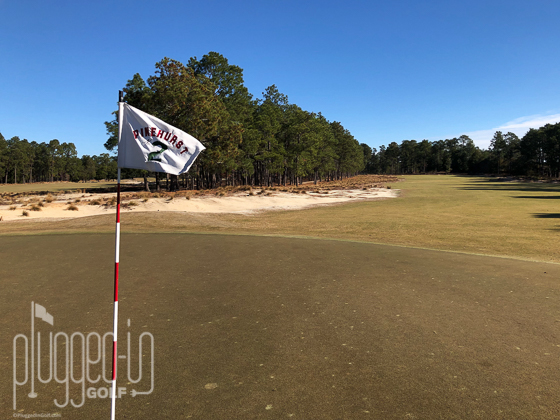 After ingraining the “new” swing as much as I could in the time I had left, I walked to the starters hut on Pinehurst No. 2.  I met my playing partner, a surprisingly likeable Tar Heel named Tom, and proceeded to hit a solid drive off the first.  But of course, the drive wasn’t the concern, it was the approach.  From a clean lie in the waste area, I drew the club back, transitioned down, and struck the ball in the center of the face.

While I didn’t threaten the course record at No. 2, I got through the entire round without a shank.  And I finished in truly memorable fashion, exorcising my demons on #18.  After a beautiful drive, I hit a solid approach that landed on the front right corner of the crowned green and rolled back down to the fairway.  I opted for the Texas Wedge and left myself ten feet for par.  In front of a packed clubhouse patio, I rolled in the putt and received a round of applause from the “gallery.”

After my adventure at No. 2, I played another round.  Though I hit a couple hosel rockets on the range, I didn’t hit any on the course.  The next day at No. 8, I had a clean range session and a round of solid ball striking.

Where did the shanks come from?  No idea.  Will they come back?  I don’t know.  But if you see me on the range sometime trying to hit the very edge of the toe, you’ll know why.