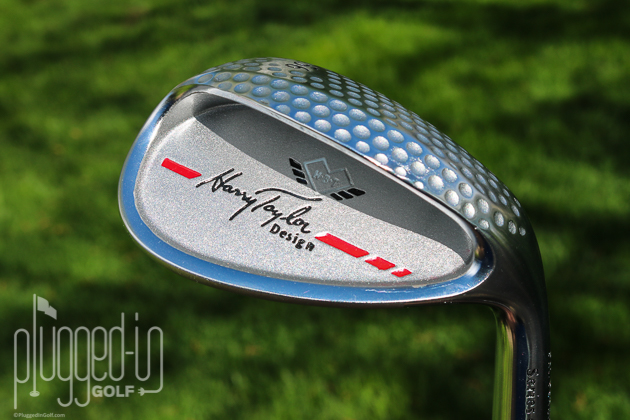 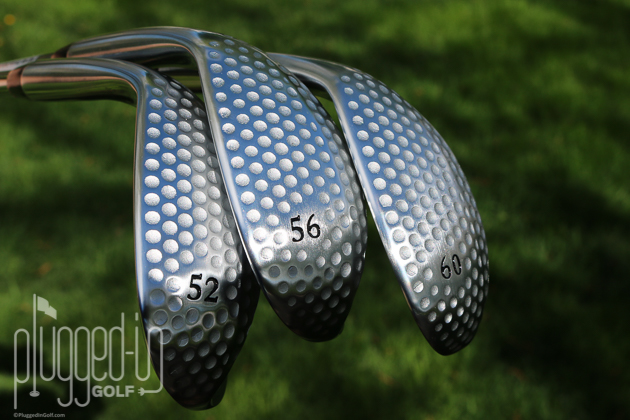 After 10 years on the PGA Tour, Harry Taylor decided to turn his attention to designing clubs.  For decades he designed everything from metal woods to irons, and has now created the Series 405 wedge.  With a unique dimpled sole that’s designed to reduce friction, this wedge claims to function everywhere from the rough to the bunker.  We tested a set to see if the dimpled sole is a gimmick or a truly game improving idea. 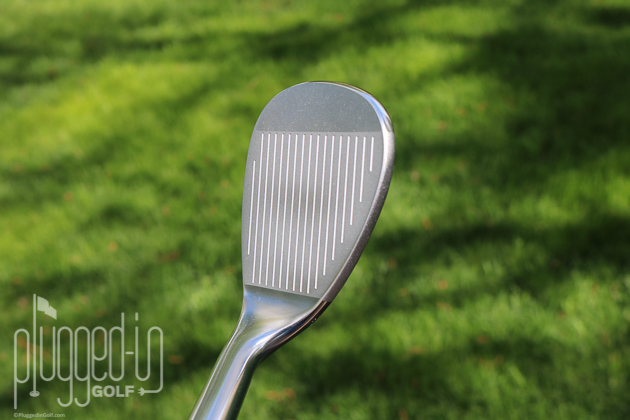 At address, the Harry Taylor Series 405 has a very round profile.  The toe, leading edge, and heel are shaped to make the club face as close to circular as any wedge I can recall.

What makes the Series 405 wedges eye-catching is their namesake feature: the Dimple Sole.  The sole is huge and, as the name suggests, covered in small dimples. 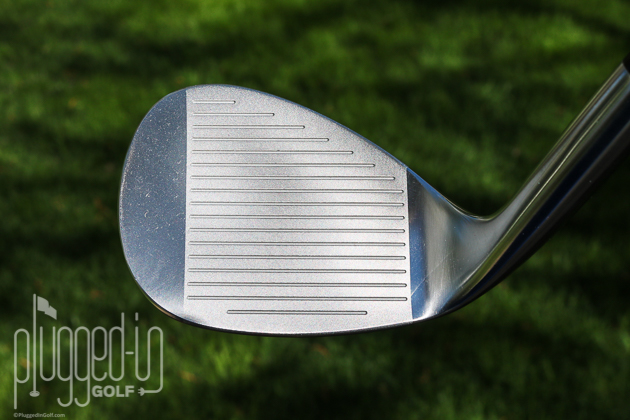 Impact with the Series 405 wedges creates a firm “click.”  These wedges are a little louder than most but not obnoxiously so.

Feedback on the quality of impact with these wedges is a bit below average.  That may be the result of the louder impact sound.  You can feel large misses in your hands, but small mishits get covered up. 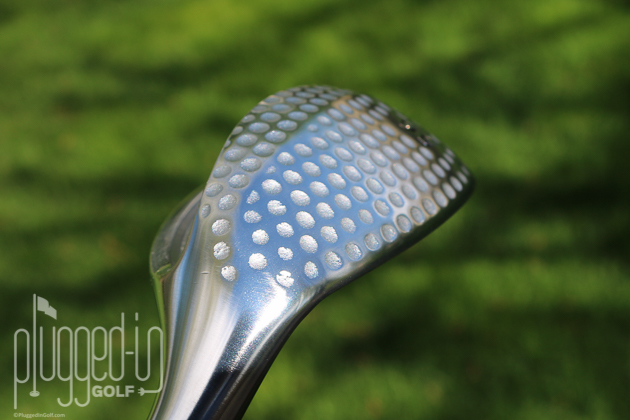 The wide, dimpled sole on the HT Series 405 wedges is designed to be “chunk proof.”  Like most of the wide-sole, higher bounce wedges that I’ve tested, I found it effective.  I was actively trying to hit fat shots, and the sole kept working itself up and out of the turf.  This wedge won’t guarantee a good shot – thin strikes are still in play – but hitting a fat shot is pretty tough.

An additional benefit of the wide sole is that it makes thin shots perform better than you’d expect.  With so much weight low, skulled shots launched a little higher and didn’t run quite as far.  Again, I’m not suggesting that thin shots will magically turn into pin seekers, but the wide sole does help.

The wide sole has some drawbacks, too.  You can open up the club, but the leading edge will rise noticeably.  This means you need to be very precise with your strike, or you’ll hit a knee-high rocket instead of a flop shot.

Finally, the HT Series 405 Dimple wedge has average spin on full and partial shots.  However, one group of players that might think twice about these wedges is high ball hitters.  With such a low center of gravity, even I was hitting my wedge shots pretty high.  If you naturally flight the ball higher, these wedges might send the ball to the moon. 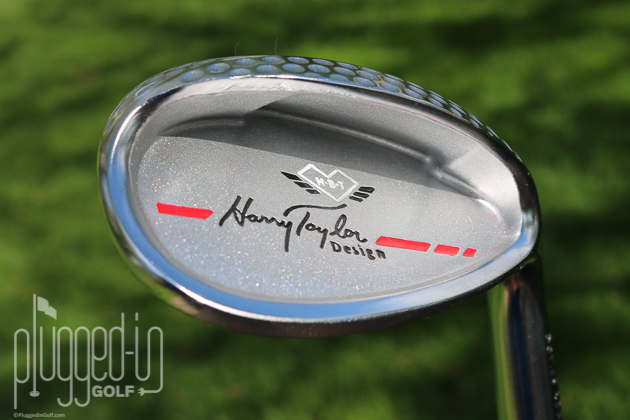 Harry Taylor has designed a series of wedges that will be helpful for players who struggle with their short game.  The wide, dimpled sole goes a long way to preventing the dreaded chunk shot.  With a direct-to-consumer price of only $87 per wedge, they’re certainly worth a try.