MEMPHIS, Tenn. (September 26, 2016) – Project X dominated the winner’s circle at both the Tour Championship on the PGA TOUR and the Web.com Tour’s Nationwide Children’s Hospital Invitational this past weekend.

The FedExCup champion trusted Project X in his irons and wedges to win the sudden death playoff in the Tour Championship at East Lake.

What’s in the Bag: 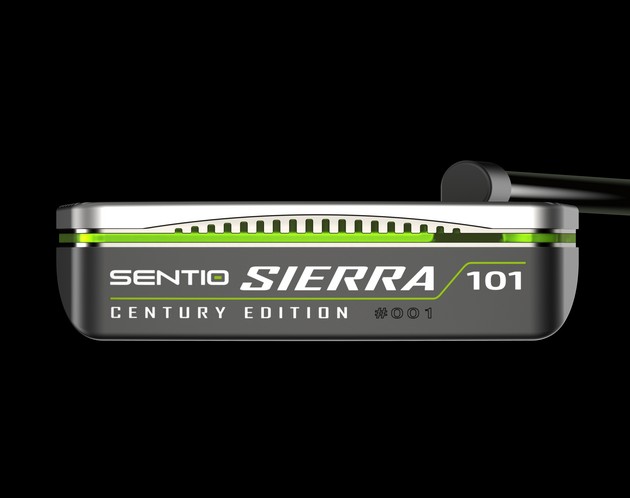 Acton, MA – On the heels of last week’s launch of the Sierra 101 line, Sentio Golf is making available a limited run of tour-prototype putters called the “Century Edition”. These individually numbered putters were the first 100 ever made by the company.

Each Century Edition has a back section fully CNC milled from a billet of 303 stainless steel and finished with a durable, low-glare black/bronze PVD coating. The soft green durometer core provides a supple feel while the precision MIM 304 stainless steel face provides a crisp contact. The two-tone finish helps to heighten the perpendicular alignment formed by the face and rear alignment line.

“We wanted to commemorate our company’s launch with something special” explains Jim Varney, President of Sentio Golf, “so we set aside our first 100 production putters and called it the Century Edition. We found in early testing that a lot of our better players liked a darker finish and a softer feel, so we created this special run to their preferences.”

The Century Edition putters feature Sentio’s unique construction which separates the entire stainless steel face from the rest of the putter head with a vibration-dampening thermoplastic elastomer (TPE) core, through a process called insert molding. A proprietary TPE formulation bonds the two metal parts permanently together while keeping them separated from each other without any contact.

The geometry of the TPE core has been engineered to provide several performance benefits, including;
– TPE-filled grooves, visible in the back of the face, compensate for off-center hits by gradually softening the sweet spot from the ends to the center.
– A high Moment of Inertia (MOI), provided by the lower density TPE in the center of the head.
– A perpendicular alignment aid created by the visible TPE layer helps line up putts.

Century Edition putters are available only through the company’s web store at Sentiogolf.com for $399 each. All feature 350g head weight, 2 degrees loft, 72 degrees lie, full offset plumber hosel, 4:00 toe hang, and PURE midsize grip. Customers can specify their preferred shaft length at checkout. Other special requests may be possible. 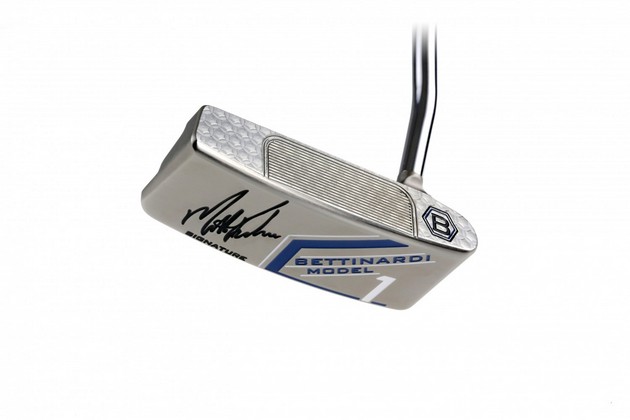 Bettinardi Golf, makers of the world’s finest milled putters, announced today the contract extension of Matt Kuchar, a 7-time winner on the PGA Tour and 2016 Ryder Cup player. With this new multi-year deal, Bettinardi will be the exclusive manufacturer of Matt’s arm lock putter.

“Since joining our professional staff, Matt has been a phenomenal advocate for Bettinardi Golf not only on the golf course with his stellar play, but also off the course with his incredible demeanor and winning attitude” said Bob Bettinardi, President and CEO of Bettinardi Golf. Since joining Bettinardi’s professional staff in February of 2013, Kuchar has amassed an astonishing $16.9 Million in prize money, 3 wins, 36 top ten finishes, and an Olympic Bronze medal. In addition to Matt’s impressive stats, he consistently ranks inside top 20 on the PGA Tour in strokes gained putting, and putting average.

“Bob and Sam Bettinardi continue to make the finest putters in golf”, said Kuchar. “Having been to the factory, and having seen how my actual putter was made was so impressive, that it gives me a ton of confidence on the greens knowing it was constructed to my standards”.

For more information on Bettinardi Golf or Matt Kuchar, please contact Ryan Frederick at rfrederick@bettinardi.com, or visit us at Bettinardi.com.