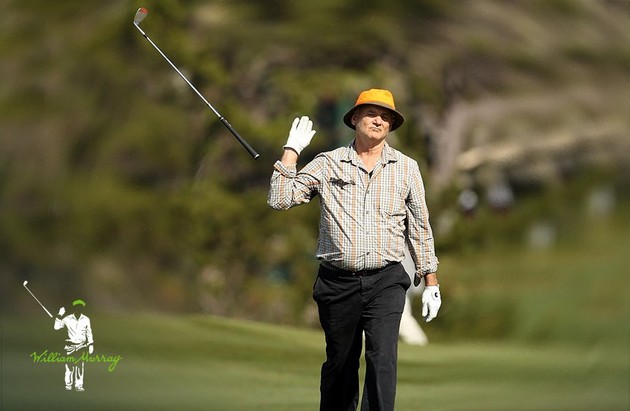 Karl Spackler wasn’t much of a looker. The greenskeeper played by Bill Murray in the 1980s cult hit “Caddyshack” opted for a dirty T-shirt, combat boots and a camo bucket hat — complete with chin strap — as he waged war on a marauding gopher.

But while his fashion choices may have been dubious, that hasn’t stopped the actor from mining the film’s legacy for his latest venture.

On Wednesday, Murray’s company, Murray Brothers LLC, in partnership with Resignation Media, launched William Murray Golf, a new lifestyle and apparel brand that is being described as having “a little irreverence and a lot of style.” That is evident in the polo shirt with a print of high-ball glasses, and the exploded plaids and argyles on shirts and shorts. The logo for the line is an illustration of Murray tossing a golf club into the air after an errant shot.

The full collection will be available on Resignation Media’s site, thechivery.com, as well as williammurraygolf.com starting Oct. 20. 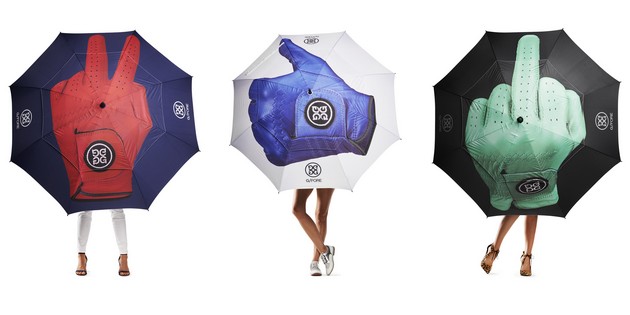 New G/Fore Umbrellas Will Go Down A Storm

Designer golf brand G/FORE will be in for a flood of requests after launching its attention-grabbing umbrellas.

After teaming up with Haas-Jordan, the manufacturers of the sturdiest and most dependable umbrellas on the market, G/FORE has added its own distinctive, light-hearted take with a series of designs featuring gloved hand gestures, which are bound to soak up the interest when the heavens open.

Having forged its identity on brightly-coloured, high-quality gloves and eye-catching footwear and apparel, its brollies have stayed true to these values of unique style and performance you would expect from G/FORE, even when looking to stay dry in a downpour.

When the weather is miserable, the outlook is rather more cheerful with a thumbs-up, a peace sign and…a hand signal which invites the wet weather to go on its merry way!

The G/FORE brand, created by fashion-industry pioneer Mossimo Giannulli in 2011 – founder of the billion-dollar clothing company Mossimo Inc – has made significant strides in its first few years on the golf scene, adding some much-needed colour and humour along the way.

After Giannulli addressed his own frustrations in searching for colourful and functional golf gloves by introducing a full range in top-quality leather, its clothes have turned just as many heads in recent times with the trend-setting ideas.

And the umbrellas, which retail at £85, will keep users dry while creating another deluge of interest in the brand.

G/FORE founder Giannulli said: “At G/FORE, we like to combine cutting-edge fashion and technology with striking colours and designs. We like to stand out from the crowd and we’re sure these umbrellas will help us do just that.

“They have been well-received among the trade and consumers, who have understood they are supposed to be fun. But there is all of the quality and performance which are fundamental values we incorporate in everything we do.” 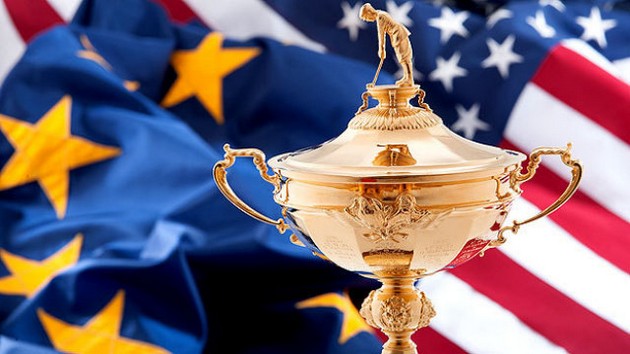 Drawing world-class participants, Ryder Cup players are supplied with golf’s most pristine and preferred choice in travel gear. This marks the tenth time Club Glove has supplied the Ryder Cup teams with golf and travel luggage for the highly anticipated competition. Club Glove, whose travel gear is used by the overwhelming majority of all PGA Tour players – created custom, personalized bags featuring the 2016 Ryder Cup logo and initials of each recipient.

Since 1927, The Ryder Cup has become one of the world’s greatest sporting events. Every two years, 24 of the best players from Europe and the United States go head-to-head in match play competition. Drama, tension, incredible golf, camaraderie and sportsmanship are served in equal measure, captivating an audience of millions around the world. It’s an event that transcends sport, yet remains true to the spirit of its founder, Samuel Ryder.

“We are proud to be the trusted supplier, time and time again, of travel gear that gets the finest players in the world, along with their families, to the greatest events in golf,” says Jeff Herold, President and Founder of Club Glove. Notably, Club Glove has supplied travel gear for both amateur and professional golfers in nearly every major competitive event in golf for nearly two decades.

The 2016 Ryder Cup will be played at Hazeltine National Golf Club in Chaska, Minnesota on September 30-October 2, 2016.

Club Glove is the undisputed No. 1 professional and collegiate golf travel bag brand. Used by more Tour players than any other product in golf, the Last Bag was named one of the sport’s top 10 innovations of the last 20 years by Golf Digest.

For more information regarding Club Glove USA or to purchase products see clubglove.com