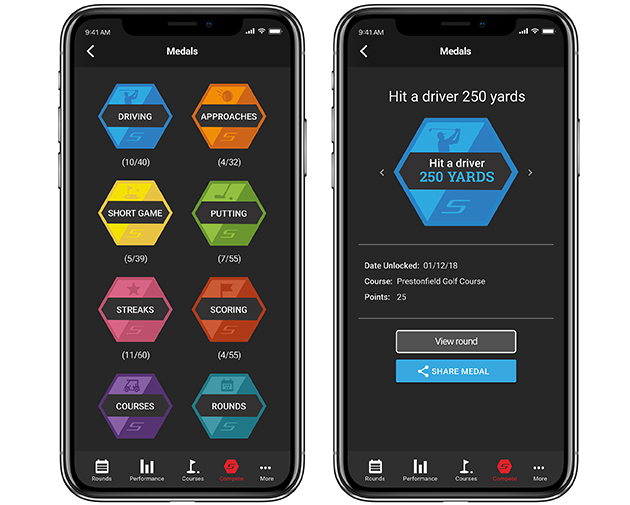 EDINBURGH, UK – Shot Scope Technologies are releasing a variety of new interactive social features to both their web dashboard and apps, giving golfers a truly immersive way to track their golfing journey.

Shot Scope users will be able to celebrate achievements and milestones, in the form of Medals and Leaderboards, helping them to stay motivated while easily tracking their progress on the course.

At the same time golfers will be able to share their successes across social media and compare their performance against other Shot Scope users.

The free software update, which is available to all users, will be released in two stages – firstly, as of early September, golfers will be able to access the Medals feature, followed by the Leaderboards functionality which will be added in mid-October.

Shot Scope users now have the opportunity to unlock over 500 Medals in a variety of different categories – ranging from breaking 80 for the first time, making 3 birdies in a row, hitting a new long-drive or playing a course which has held a Major.

Once achieved, the user will always be able to re-live the shot, hole or round which unlocked the Medal in the app or web dashboard.

Using the new Leaderboards, Shot Scope users can compare themselves using handicap and nation, they can also specify the date range offering another way to track performance improvements.

Additionally, in response to user demand, the My Bag functionality is now available for both iOS and Android, allowing golfers to track and compare different clubs on mobile where previously this was only possible via the Performance Dashboard on web. 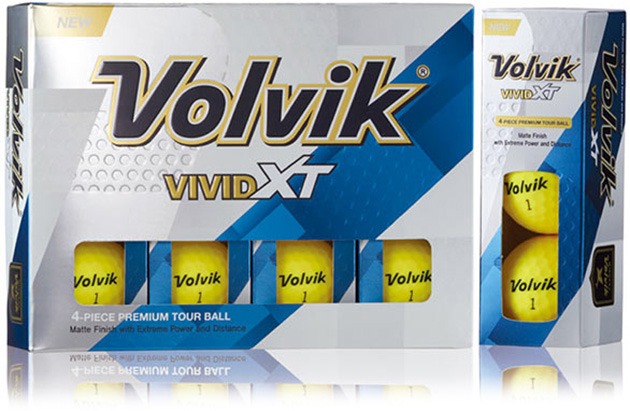 Allen, a Team Volvik staff member, captured his first Volvik World Long Drive Championship, defeating Justin Moose with an explosive 393-yard blast. It was Allen’s first time to make it past the quarterfinals in the event. On the women’s side, Meti won her third World Long Drive Champion title, defeating Chloe Garner with a 313-yard smash. Fernandez claimed his championship belt by winning the Masters Division with a 373-yard drive.

The Volvik World Long Drive Championship is the ultimate power golf spectacle and draws not only the best long drive hitters but also avid spectators from around the globe.