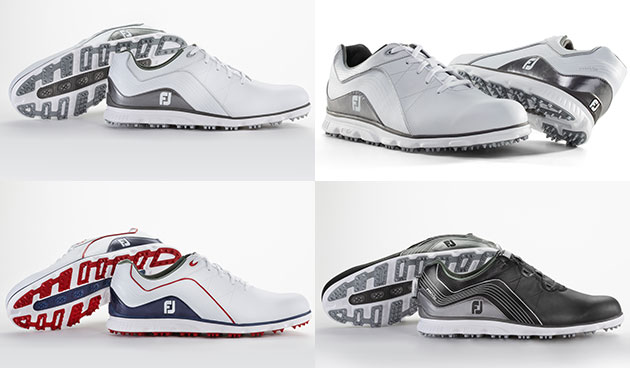 FootJoy, the #1 Shoe in Golf, is introducing a new version of the hottest shoe in golf, the Pro/SL™. Currently the most popular shoe in golf shops and on most worldwide professional Tours, Pro/SL combines a soft, comfortable, waterproof leather upper with a midsole/outsole system that features three distinct layers for comfort, perimeter stability and superb traction in all conditions.

Chosen by more of the top 100 ranked players in the world than any other shoe, Pro/SL has been worn to victory more than 130 times since its launch just 2 years ago.

Pro/SL’s advanced midsole/outsole design provides an unrivaled combination of comfort and Tour-caliber performance. Its multi-layer construction utilizes Fine-Tuned Foam™ (FTF) which is 10% lighter than the conventional EVA foam used in most golf footwear, and each layer is engineered to deliver discrete performance benefits:

Since its inception, hundreds of Tour players around the globe have opted for the comfort and spikeless performance of Pro/SL to compete at the highest level, including Adam Scott, Louis Oosthuizen, Ian Poulter, Kevin Na, Charley Hoffman, Peter Uihlein, Patrick Cantlay, Cameron Smith and Andrew “Beef” Johnston among many others.

“Of all the shoes I’ve worn throughout my career, these are by far the most comfortable,” said Ian Poulter. “I get great grip in wet and dry conditions, plus with the BOA® system, I can dial in the fit and comfort to get exactly what I want.” 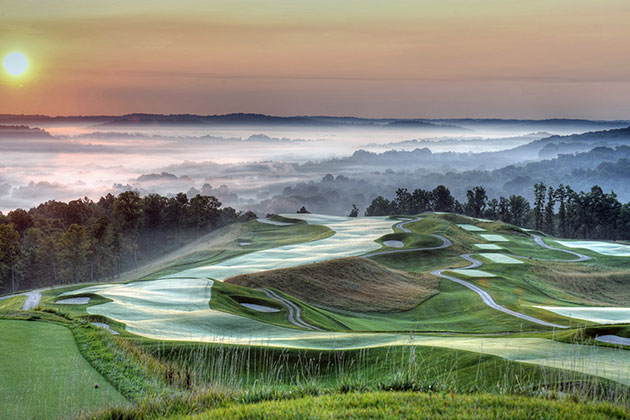 FRENCH LICK, IN – The field for the second-annual Senior LPGA Championship presented by Old National Bank has been finalized. Major champions and Hall of Famers highlight the field of current and past LPGA stars who will compete from October 15-17, 2018 at the Pete Dye Course at French Lick Resort in Indiana.

The senior major championship will be held over 54 holes for a total purse of $600,000, where Trish Johnson (England) will be defending her 2017 title. The event will be televised live on Golf Channel from 4-6 p.m. ET during the three competition days.

Of the 81 players competing for the 2018 Senior LPGA Championship title, five have received one of golf’s highest honors – induction into the World Golf Hall of Fame. The five Hall of Famers are: Dame Laura Davies, Betsey King, Juli Inkster, Hollis Stacy, and JoAnne Carner.

Major champions Matthew and Geddes will also be making their debut at the senior major championship in 2018. In addition, the field includes Legends Tour champions Trish Johnson, Laurie Rinker and Lorie Kane, who all have won a tournament on the Pete Dye Course at French Lick Resort.

Suzy Green-Roebuck and Kathryn Young-Robyn each received sponsor’s invites from French Lick Resort to compete in the senior major championship. There will be a qualifier held at The Pete Dye Course on Thursday, October 11, with the top two finishers gaining entry to the Senior LPGA Championship and rounding out the 2018 field.

Practice rounds will begin on October 10th. The tournament will again benefit Riley Children’s Foundation, which is connected to Riley Children’s Hospital, the premier children’s hospital in the region.

The victory earned Exotics clubs their 6th win of the 2018 PGA Tour Champions season on top of nine runner-up finishes.

With 15 total wins and runner-up placements, Exotics clubs have now finished 1st or 2nd in 65% of the Champions events played this season.

Fourteen total Exotics clubs were put into play this week (seven hybrids, five fairway woods and two iron-woods) according to the Darrell Survey.

The 5th place finisher is another non-endorsed player who also played the same club as the winner, a 15 degree Exotics CBX 3-wood. The player has earned two Top 10’s and three Top 25’s in four events after putting the Exotics 3-wood in his bag.

Tied for ninth at the famed Pebble Beach were two Exotics hybrid staff players, Scott McCarron with his 19 degree CBX and Scott Dunlap with an 18 degree CBX hybrid.

The PURE Insurance winner finished with a score of 10-under-par in his 18th PGA Tour Champions start. He moved to No. 20 in the Charles Schwab Cup standings with the victory. The former UCLA player gained his PGA Tour Champions card by finishing 4th at the 2018 Q-school.